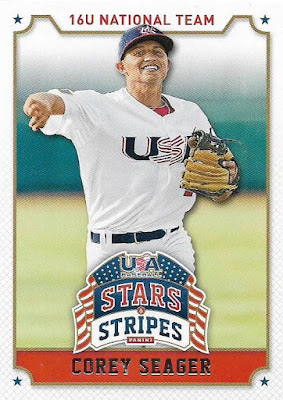 I'm still in decompression mode. I'm also in need of clearing a few cards out of the way so I can make room for the growing backlog of cards that I need to send people (the approaching drumbeat of September is just the best).

So I've got a few small packages from people here that go nicely together because I say they do.

The main card -- the card that intrigued me -- was something Mike pulled from a repack box, I believe. 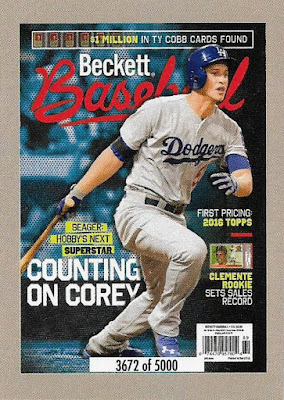 As you can see, whoever issued this (did it appear inside the magazine?) numbered it to 5,000 -- old-school '90s numbering!!! The number notation leads me to believe this is considered the back of the card.

Because the reverse side features a Beckett Baseball magazine cover of Gary Sanchez, the issue from November 2016. No, you're not going to see it because I don't want to show a Yankee. And you can guess what side will always be face down in my binder.

Moving on to a single-card package from Henry. 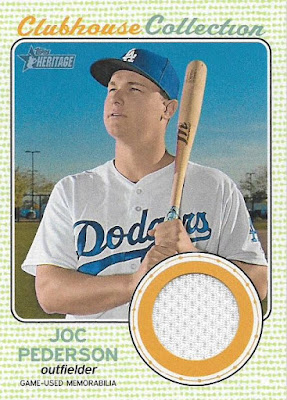 Henry responded to my plea for someone to take my abundance of Anthony Rizzo relics off my hands. I was so eager to unload them that I traded a relic of an established star for a relic of a player who's offense is so screwed up he was recently sent down to figure himself out.

Anyway, this makes me much happier than having Cubs in the house. Plus, I'm pleased to let those of you who don't know already that Henry has started his own card blog, called Cardboard Greats. Henry's a Red Sox fan (hey! no moaning, you were expecting a Marlins fan?), and I've traded with him a couple of times now.

Let's move on to a few cards from Allen & Ginter maven Matt from Bubba's Bangin' Batch of Baseball  Bits. Matt sure likes the word "B," but beyond that, he likes Allen & Ginter -- a lot. And that's a collector I can appreciate.

I'm happy to receive some of his leftovers after busting a case of the stuff.

Those leftovers were heavy on Dodgers, of course. 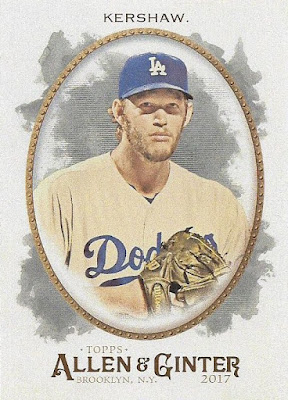 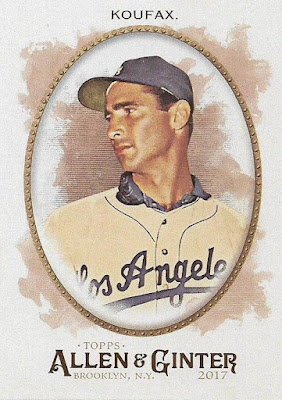 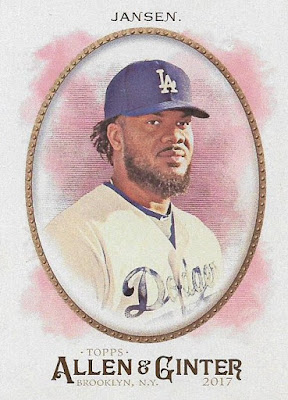 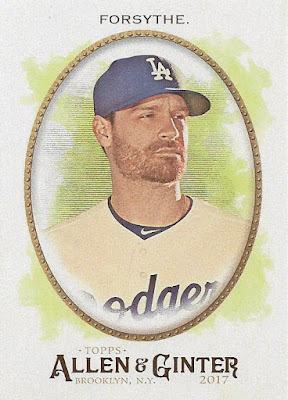 The only non-need was the Jansen card, which is a short-print. As I've said a few times, I'm convinced that certain A&G shortprints are just as plentiful as regular base cards, and probably the most frustrating thing about collecting A&G (it's actually not all that frustrating).

The Forsythe was the last Dodger SP for me to corral and weirdly I still need a few base Dodgers. 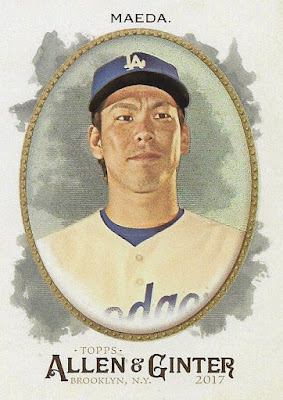 This, I thought, was a base need fulfilled, but it's actually one of those foil parallels. It looked like a regular card to me, but I was tipped off by the fact it was placed in a toploader. Good thing, because I already confused the Joc Pederson foil parallel for a regular card and had to go through the shame and humiliation of crossing off a want only to write it back in. Never let this happen to you! Always tilt your cards, even your A&G cards now! The scourge of foil is everywhere!!! 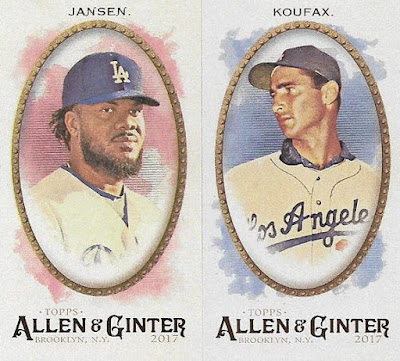 A couple of mini Dodger needs also showed up in the package. 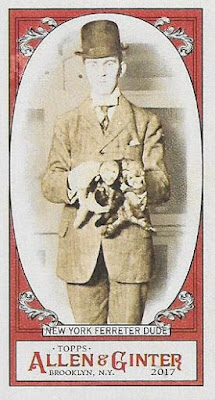 And a dude, dude. This one is holding ferrets, which I don't really recommend. Is this dude dreamy? I'll let you make that call. 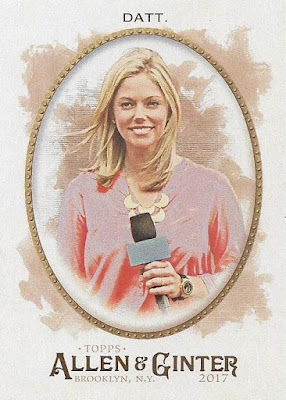 Matt also sent me a card of sideline reporter Alexa Datt with a query on whether she was this year's A&G Babe of the Year.

I'll get to that in a moment.

I'm not exactly up on the New York media scene, I pretty much go out of my way to avoid it. Datt does stuff for the New York Mets, which I did know. She's also on various radio and internet shows, which makes her a "personality," and is married to this guy: 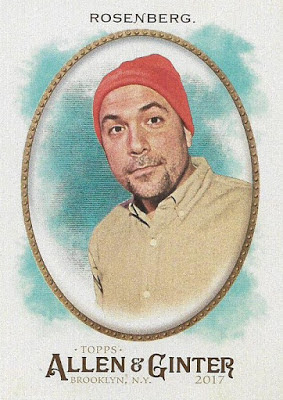 This makes me wonder whether this is the first married couple to have their own separate cards in the same A&G set.

Datt is a cutie, no doubt. She's got a quick wit and a smart, sharp personality that works in New York. But you have to remember A&G has doubled down on the comely, young sideline reporters the last few years. 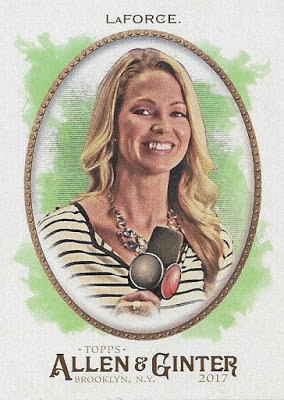 How do I choose between Datt and Allie LaForce? Also, Sage Steele is in this set. There are attractive media women everywhere!

Fortunately, I don't have to choose between them, because have you seen Randall Cunningham's daughter???

Vashti Cunningham conquers all. I don't have her card yet, but when I do, I have card of the A&G Babe of the Year.

All right, that's enough objectification of guys and gals.

One more card and I'll let you get back to something more constructive. 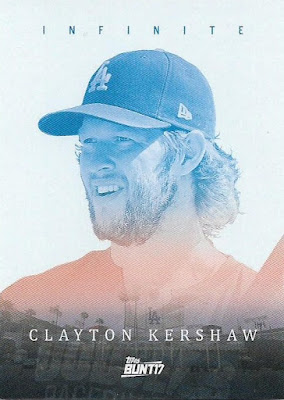 This also showed up from Matt. (Sometimes I'm surprised he has anything other than A&G cards). It's another of those weird Infinite cards, but it's a Kershaw card so I'm thrilled. It's also my 524th Clayton Kershaw card, and, gosh, that's an abnormal amount. Someone could make the case that it's an objectifying amount.

Anyway, Kershaw is back on the Dodger mound this weekend, and I find that very exciting.

GCA said…
My first reaction was "Ooh, Datt's Nice". But there's a good case for Allie as well... Still trying to complete the Erin Andrews and Kate Upton rainbows from a few years ago.
August 30, 2017 at 8:45 AM