It's always a month-long project capped by a day-long finale that's sure to drain from you any will to be productive for the next 48 hours.

I have the energy left to show just two cards.

Fortunately, when I came home, there was a plain, white envelope sitting on the dining room table that contained -- unbelievable -- just two cards.

The cards arrived from Joe, who has sent me many nice cards in the past. It's been awhile since I've heard from him, but I'm glad to learn that he's still collecting. It's some very fancy stuff, by the way.

And speaking of fancy, if you're going to send two cards, then this is the way to do it.

Here is the first one: 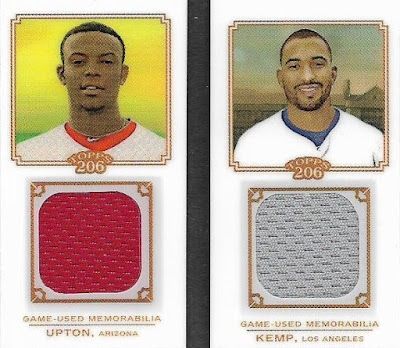 This is my first "book" card. It's two mini cards, so that makes it a mini book. But I'm not complaining.

What I will complain about is how card companies never see the problem with pairing up rivals on the same card. It's like their employees never rooted for a team in their lives. 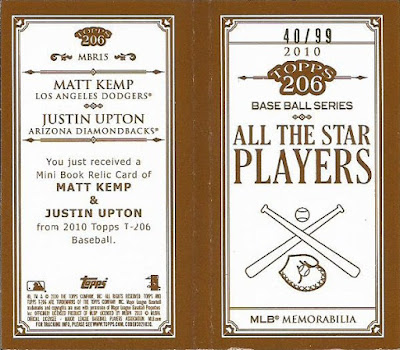 That's the reverse. All serial-numbered as all get-out. Pretty cool, and, no, I will not cut this card in half, no matter how tempted.

OK, let's move on to the next card. 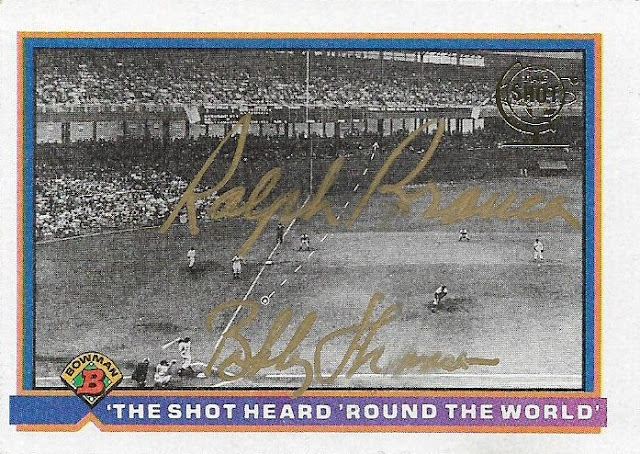 That's a 1991 Bowman card depicting Bobby Thomson's home run in 1951, signed in gold by both Thomson and the pitcher who gave up the home run, Ralph Branca.

That is one hell of a way to spruce up boring old 1991 Bowman.

I don't fully know how this was issued, whether it was inserted into a later set or what.

There is a stamp on the reverse that seems to indicate it's official? 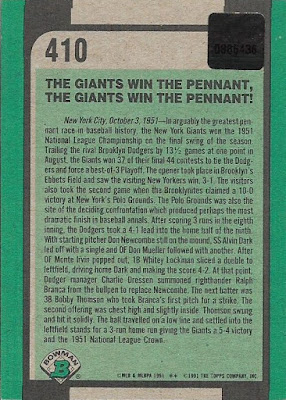 There in the upper right. I see nothing else that authenticates it. (EDIT: I found info here, that it was randomly inserted in hobby packs of 2001 Topps, a 1-in-7,299 packs pull!)

By the way, never mind that stuff about the Giants supposedly winning a pennant. We all know they cheated.

Why, here, in fine print, it's right there on the bottom of the card:

Of course they did.

So there you are, two fancy cards -- although I seem to have issues with both of them.

You sure know how to send just two cards.

Fuji said…
Now that's what I call a PWE. I recently deleted the bulk of my saved eBay searches to prevent me from spending $$$ on cards... but I might need to add the Branca/Thomson auto to the list. That's just way too cool.
August 29, 2017 at 1:12 AM

TSHenson said…
I have to agree that is an awesome autographed card because you answered some questions I had about it. I have that same card in my collection, but had never knew much about it. I do not recall how I came to have it. It is in my personal collection for life.
August 29, 2017 at 8:22 PM