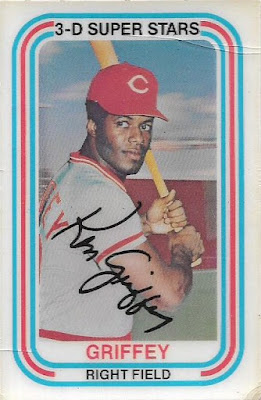 I have found myself in possession of modest number of Reds cards, and it's totally my own doing.

The Reds have been in the World Series three times since I knew what baseball was. I rooted against them every time. And there was also that 1995 NLDS. Nasty stuff.

That all seems like ancient history now because Cincinnati hasn't been relevant as a baseball team for a long time. The Reds and Dodgers no longer share the same division, and all that animosity that had been built up since the '70s is slowly trickling away.

So, when Red Cardboard announced he was giving away surplus Reds cards, I had no problems entering and adding Reds to my collection! After all, I don't just collect Dodgers. I collect sets and types of cards and crazy items like that terrific 1976 Kellogg's bicentennial 3-D card of Ken Griffey!

I was lucky enough to pick first in the draft and jumped so vigorously on that 3-D card that the whole virtual giveaway draft board shook. I will have all the '76 Kellogg's cards!!!!!!!

Here is the rest of what I picked up, most of which are actual Reds, and others that obviously aren't: 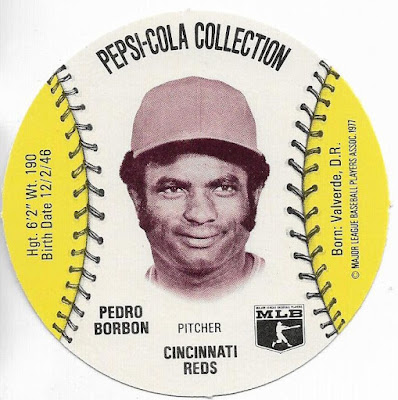 A Red that is not obviously a Red. But it's more '70s greatness in the form of another one of the ubiquitous discs that appeared during that decade with all kinds of different advertising. This is some sort of Pepsi promotion. 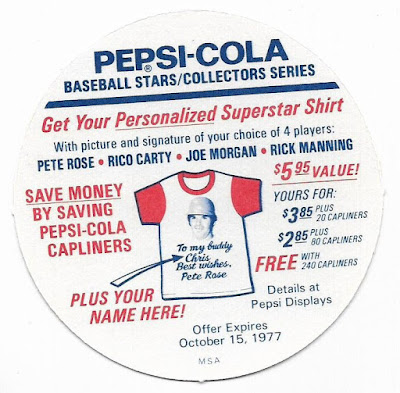 Want a T-shirt proclaiming your buddy-hood with Pete Rose? Too late, offer expired 39 years ago. 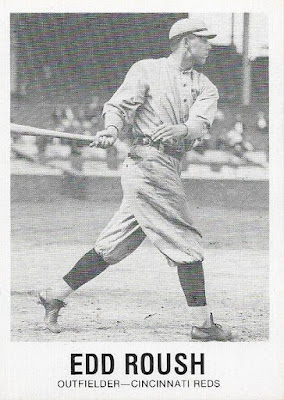 This is another card I jumped on, and one I knew few others in the draft would want. It is 1977 TCMA Renata Galasso Glossy Greats card. I think 2017 will be the year of attacking this set. 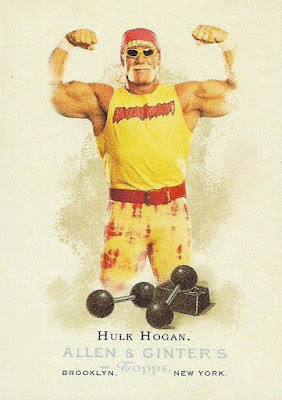 I didn't know Hulk Hogan had an Allen & Ginter card prior to last year's A&G set. I also didn't know I was going to get this card. Red Cardboard threw in some surprises. 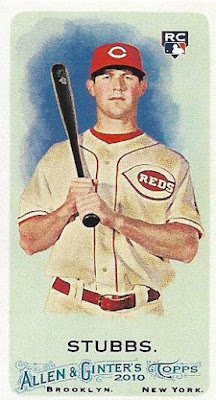 I took a chance on this mini cracking the frankenset. But Drew Stubbs is not powerful to overthrow Robin Ventura, so this card is now up for grabs. 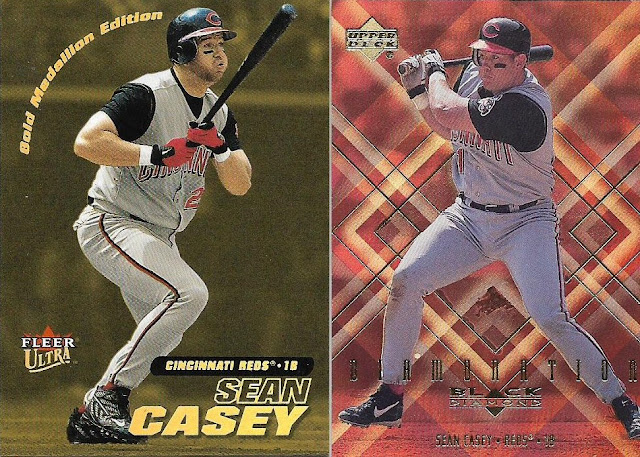 These, however, are not. Having covered and talked to The Mayor, I add Sean Casey cards whenever the opportunity strikes. I'll never become a "Sean Casey collector," but I can think of worse things. 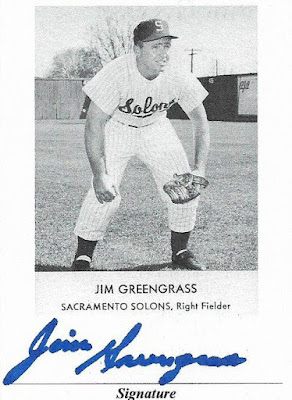 This is a custom card that was signed by a player with one of the greatest baseball names ever. Jim Greengrass played for the Reds and the Phillies and his 1956 Topps card is terrific. The chance to get an autograph of someone named "Greengrass" was just too much to resist. 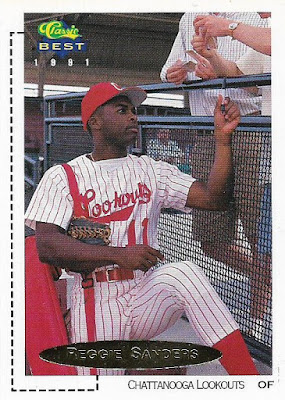 That is some casual autographing. 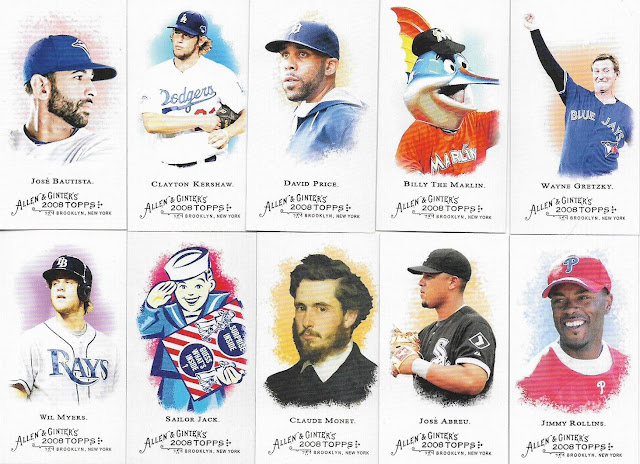 I figured I'd add to my collection of Munnatawket minis. I think Sailor Jack might be a dupe. 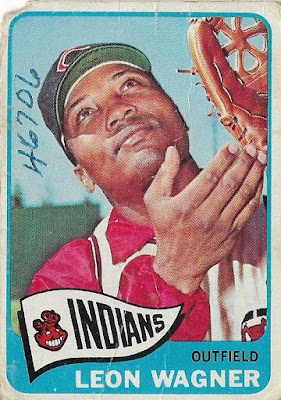 How can you resist a 1965 Topps card with one bite out of it and the zip code for Auburn, Indiana? I couldn't. 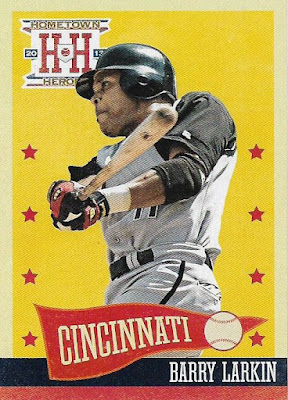 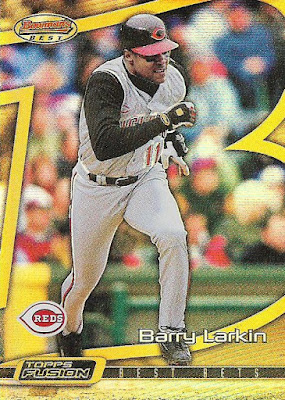 A pair of Barry Larkins on sets that I like, but probably won't ever try to complete. The Hometown Heroes set needs no explanation. The Topps Fusion does. But I'm not saying I'd ever collect Topps Fusion. What I like are the Bowman's Best cards in Topps Fusion. 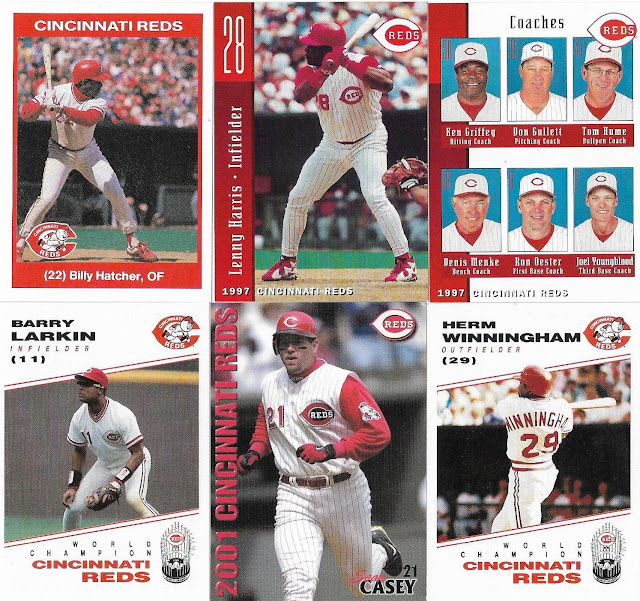 These are Kahn's cards. I don't know where these came from, whether they were handed out at the stadium or what. I sent along a few of these to The Writer's Journey. But I had to keep the Casey card and that coaches card. The Larkin & Winningham cards are cool, too. 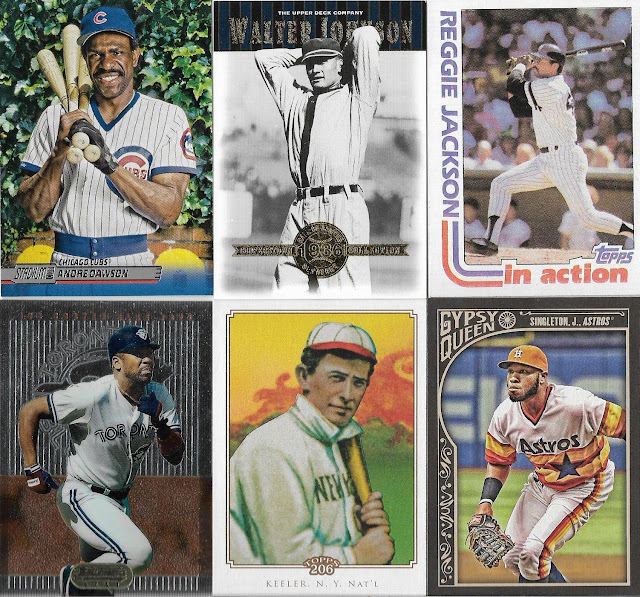 More random cards sent my way. It's not every day you get a 1982 In Action Reggie in the mail. I'm also digging the 2014 Stadium Club Dawson and my first "regulation-size" Wee Willie Keeler card. 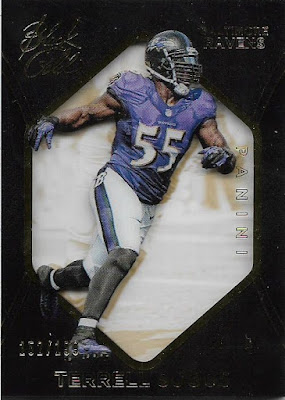 There was some super-thick Panini something of Terrell Suggs in the package, too. Cards like this make me want to take them apart. 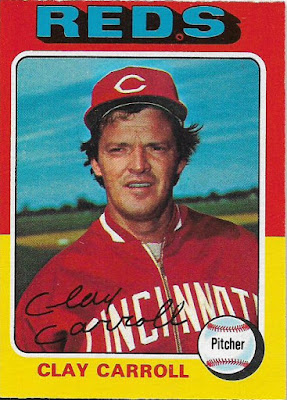 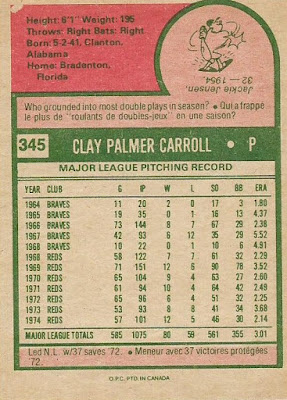 People want me to complete the 1975 O-Pee-Chee set, and I keep saying no. But I'm not just going to let a '75 card just SIT THERE. 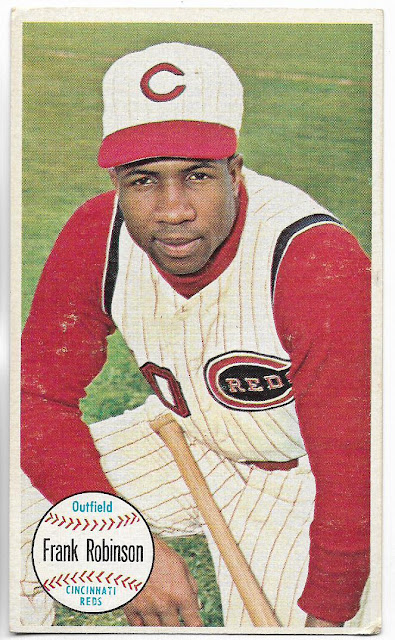 Besides the Griffey Kellogg's card, this was the prize of the package. I believe I had this card second on the draft board, and I'm very fortunate it was still there.

This is a 1964 Topps Giant card, and you've got to have a Frank Robinson in any set called "Topps Giant."

So, yeah, I'm definitely not excluding any cards like that, Dodger or no Dodger. There's plenty of room for most teams -- if you're on the right kind of cardboard.

Bah humbug, that card's a travesty. More specifically the team. The original T206 had him as a Highlander. And if Topps wanted to be accurate in portraying him as a Superbas, it's supposed to be Brooklyn. Oh the shame of it.
August 5, 2016 at 7:49 PM

Mike Matson said…
I didn't know Wayne Gretzky had a card in the A&G sets..

Adam said…
Those Kahn's cards are annual stadium giveaways. They've been giving those out every year for as long as I can remember.
August 6, 2016 at 12:33 AM

Johnnys Trading Spot said…
Coll batch of cards. I'll highlight that 64 Topps Giants set soon as I got dang near the entire set in that buyout. Keep watching for em.
August 6, 2016 at 1:06 PM

Commishbob said…
Lots of greatness in this one. The FRobby is one of the best cards in the TG set. Love those vest unis.

Looking at that Daddy Wags '65 I am stumped trying to remember what that glove style was called. It was a Rawlings web style that had a name. My friends and I used to be fascinated by players' gloves.
August 7, 2016 at 12:04 PM