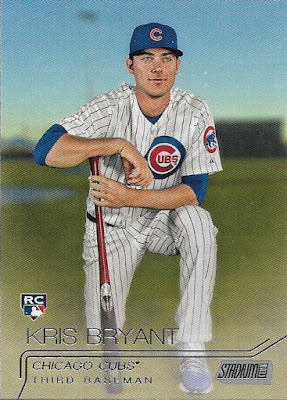 As you may have heard, I am a set collector from way back. I love completing sets. Big, honking sets of 700-plus cards with no short-prints is preferred. But the set-collecting pull is strong, and I'll settle for what they're putting out these days, as long as it doesn't look like crap.

Late last week I opened a package that contained the last card I needed to complete the 2015 Stadium Club set. It was the Kris Bryant card that I ranted about a few posts ago.

Now, normally, this would be the best news of the day. A set is complete! All that effort and time, all that cash and cataloging, all that sorting and admiring. Completion! On your average day this would prompt me to craft a post all about 2016 Stadium Club, or list my favorite Stadium Club cards of all-time, or my favorite club sandwiches of all-time.

The package arrived from Cardboard Icons. Ben's a blogger from way back, former Beckett Magazine writer and Twitter compatriot. He and I remember when Mario and Wax Heaven was king. When Fielder's Choice, The Nennth Inning, The Hamiltonian and Dropped Third Strike were daily blog visits. When he used to call himself Newspaperman, because he once wrote for a paper, like me. He was the first blogger to receive Red Sox cards from me.

Ben doesn't blog as often as he did, although he still puts together relevant content. And it's been quite awhile since I received cards from him.

So let's see what was in that package that could possibly top a set-completing card of last year's most cuddly Cubs rookie. 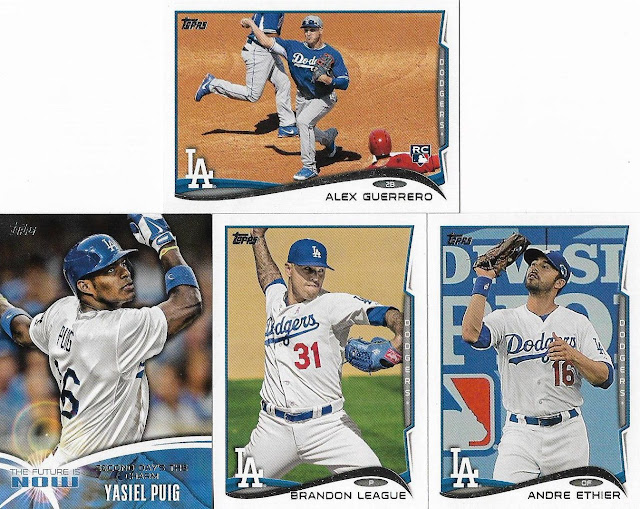 Speaking of cuddly, here are some 2014 Topps mini Dodgers. These ones -- none of whom are doing anything to help the current Dodgers -- fill holes in my mini Ultra Pro pages. I think I might need to order some more.

But that's not what topped Bryant. 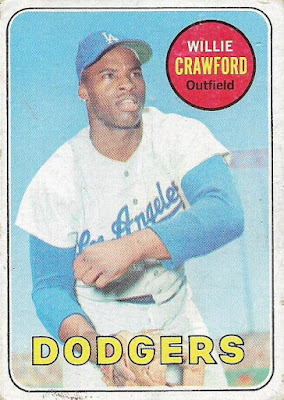 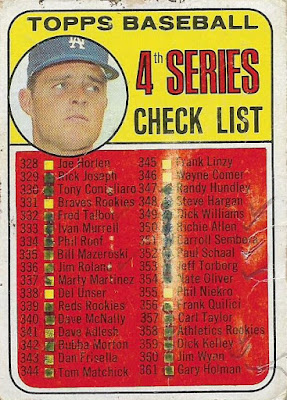 A couple of singed '69 Dodgers. Big D isn't upset about the checked boxes and checked marks and eraser marks -- heck that's how I kept track as a kid -- that sad face is for the dirt on the edges. Bleeeah. What could that be? The mind reels. I don't like it when the mind reels.

Still not at the package-topper. 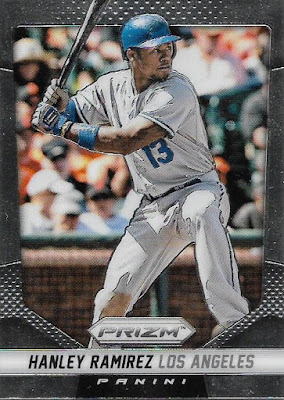 How about this? Is this the card that made last Friday a fantastic day?

Not quite. But it is a card that I needed, so even Prizm was making me happy on this afternoon. 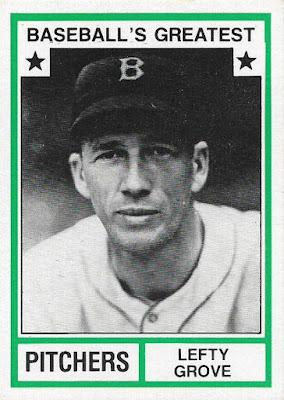 How about now? A TCMA card of Hall of Fame pitcher Lefty Grove, noted star for the A's and Red Sox?

Nope -- although I do admit this picture made me pause for a second and think "wait a minute, did Grove pitch for Brooklyn?"

No, the card that pushed everything aside, even TCMA Grove, dirty Drysdale and set-completing Bryant, was this one: 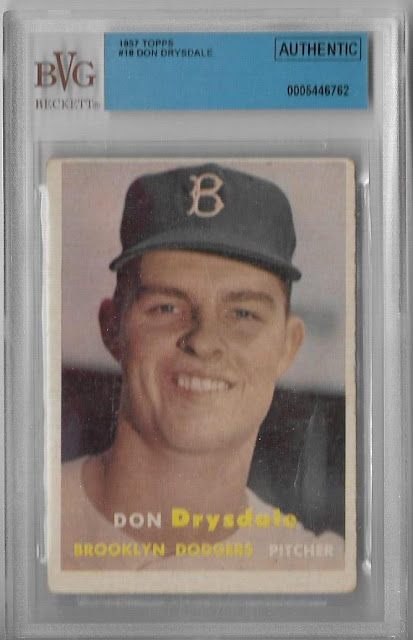 Nothing dirty about that card, my friend.

I figured it would be a long time before I landed Don Drysdale's rookie card. I'd set aside a special day to order it. It would be after I saved up a bunch of money specifically for that purchase, and it would have taken a while to do it.

But blogs and collectors are still working wonders like these.

Ben, whose main collecting mission is rookie cards of famous ballplayers going way back to those cards that I can't afford, had recently upgraded his Drysdale rookie and had this one to spare.

He said he had considered selling the old one, but then had a change of heart. I'm glad he did. And the note he sent along got me.

"I really enjoy your blog and all you stand for in this hobby."

By this point, Stadium Club Bryant was way in the rear view mirror until it almost disappeared.

I don't expect the Drysdale to stay encased for much longer, although sometimes with cards like this, I wonder if maybe I should let it stay put.

Anyway, that was something, huh? The rookie mojo card superseded the set-completing card in the world of night owl.

That IS big card news.

Johnnys Trading Spot said…
With a Friday like that, you should have bought a Lottto ticket. Awesome day for sure.
August 25, 2016 at 7:31 PM