August 21, 2016
(That's right, I'm combining my two longest-standing features into one so you can ignore both in a single handy post! But that would be your loss, of course. It's time for Cardboard Appreciation. This is the 244th in a series): 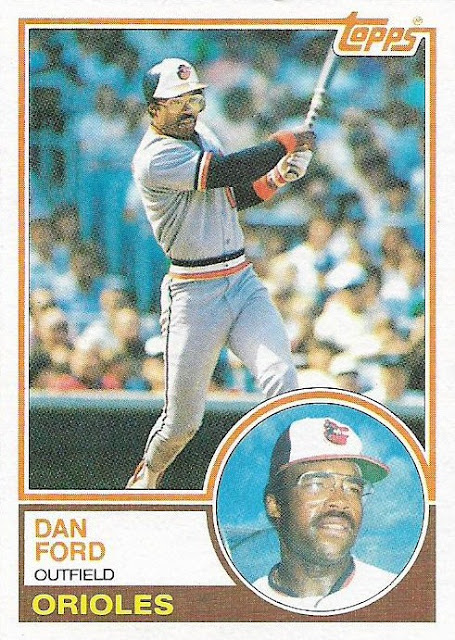 I'm covering a few different topics here, as you may have guessed by the title.

One of them, unrelated to the title, has to do with the 1983 Topps set. The tendency with this set is to look at the two photos on the front of each card as separate elements. A larger action photo and a smaller portrait photo. They are independent from one another.

But when you view them as collaborators on the same card, acting in concert with each other, a new door opens into an amusing sidelight.

Here, inset Dan Ford is admiring the drive delivered by action Dan Ford. In fact, it appears that action Ford has hit to the opposite field and inset Ford is looking in the same direction! Great fun. This could develop into its own separate post very soon.

This connection between the two photos makes this one of Ford's better cards, and that's another topic I think about often and have written about many times. What is the best card in the cardboard life of a particular player?

The '83 Ford is pretty great, but it's not his best card. I wouldn't even say that his 1976 Topps rookie card with the glorious rookie cup is his best card.

No, for my money, nothing captures what Disco Dan Ford was all about better than his 1978 card: 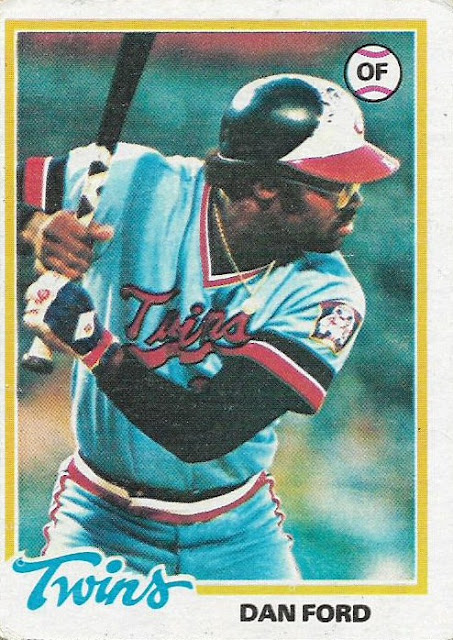 My admiration of this card goes way back, to the first writings on this blog and long before. I've held great respect for this item since I first saw it in '78.

Ford lived up to his Disco nickname (teammates actually called him "Disco"). He posed for Playgirl magazine. He was once suspended three games for having a doctored bat, discovered when the bat broke and "all kinds of things started flying out of (it)," his Angels teammate Bobby Grich said. "Disco always did have a pretty good imagination."

Speaking of imagination, I can imagine Disco in the club, chains swinging to "He's the Greatest Dancer," when I see this card.

It is a night card, and one I've wanted a second copy of so I can feature it in my night card binder for a long time. And we're off to another topic.

I finally obtained that second copy when gcrl of Frankendodger sent it to me recently. And I can't wait to add it to the night binder. Awesome.

Here are some other cards that Jim sent: 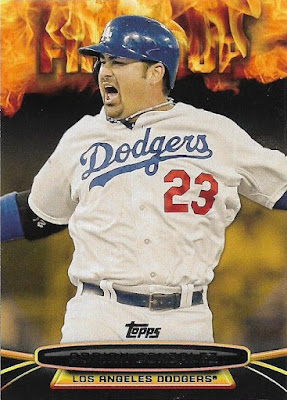 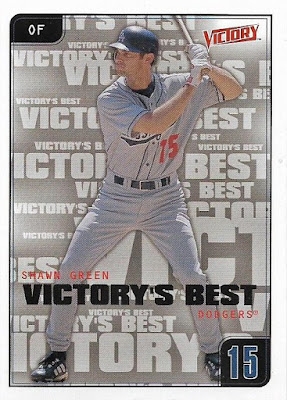 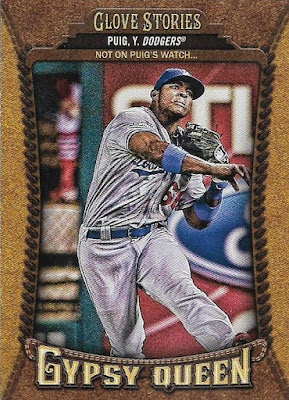 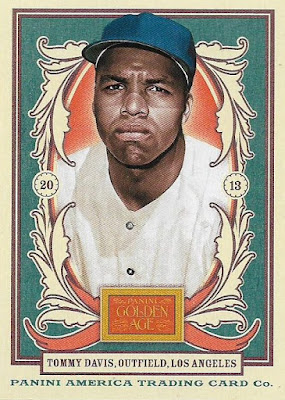 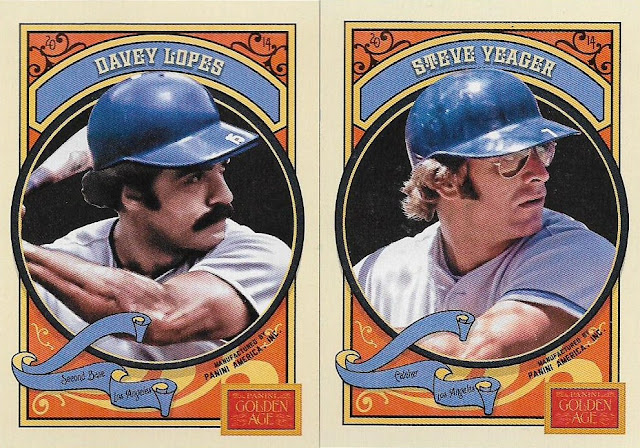 It's a dirty trick to put two players that I followed growing up on an ugly design, but that's Panini for you.

Most of these were Jim's Dodger extras featured in his Frankendodger set. That blog has been a bonus for my collection.

So, did I cover enough topics in this post?

Fuji said…
Ford posed for Playgirl? Gotta give him props for that. As for looking for the best card in the cardboard life of a particular player... I've done that a few times. Although... I limit my selections to specifically Topps regular issue base cards from their playing years. Here are a few I've come up with:

gcrl said…
hopefully i'm not done sending cards you need - whether they are in my frankenset or not. and, just to bring some useless but tangentially relevant information to the table, steve yeager also posed for playgirl.
August 22, 2016 at 8:38 AM