This is my card show smile 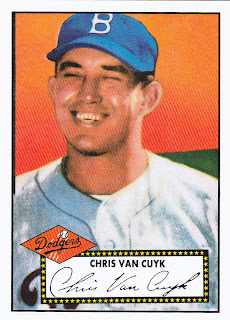 By the way, there are a 100 snapshots of me looking just like this in my mom's old photo albums. It's worth the price of admission.

I'm going to a card show this weekend, and as usual I am out of my mind, out of control, and out of focus. I hope to be able to settle on some lists before I head out. But as usual, there is little time for that.

I have planned enough so that I can bring a little more spending money than the last time. Tax refunds don't hurt either. But I've been toying with doing something that I've never done before -- dedicating the vast majority of my cash and attention toward quarter/50-cent/dollar boxes. I've always sought out cheapie boxes, but have never made them my No. 1 goal. I am interested by what I could find with that strategy.

I will, however, do a little searching for some fancier cards. Some won't even be for me. For example, David of Long Fly Ball to Because ... picked an excellent time to send me some cards. I will now be able to shop around for some suitable items to send in return. He certainly deserves something dandy for what he sent me: 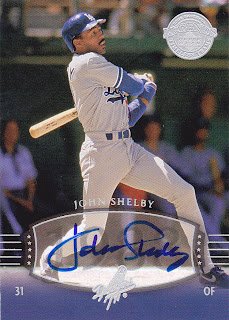 This is my first autographed card of John "T-Bone" Shelby, which I believe was the card that got David to send me some cards. I mean Shelby went 0-for-10 in a game once. Why would David want to hold onto a card like that? 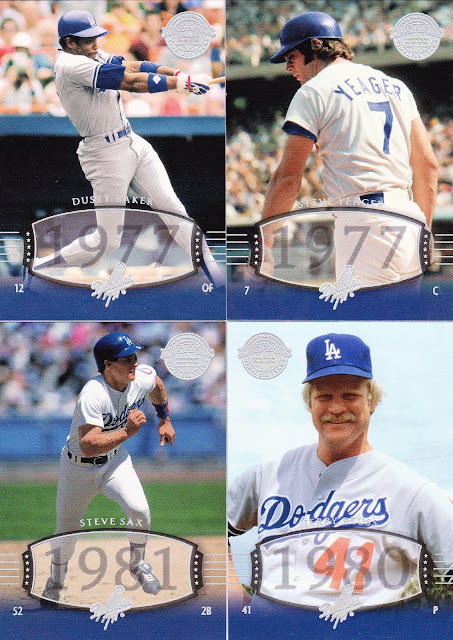 Just some of the Timeless Teams Dodgers that I received. This is going to be a great-looking team set when I finally land all of the Dodgers. 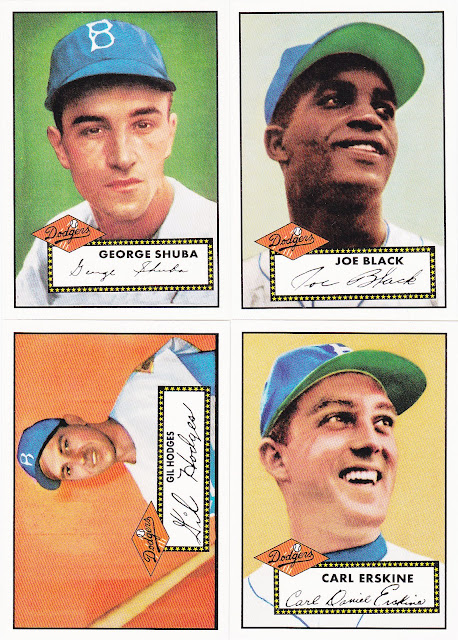 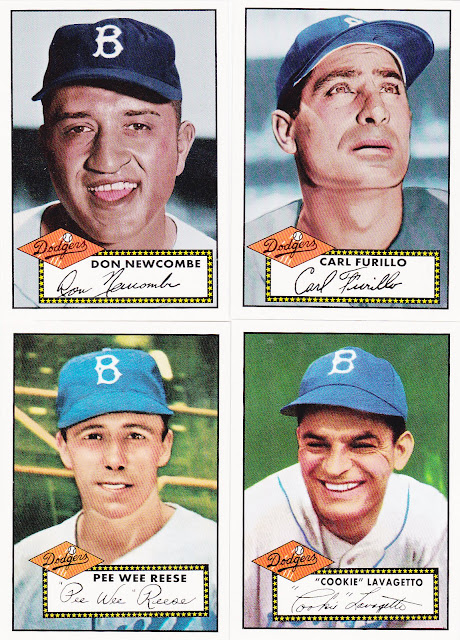 A lot of the cards I received were those Topps Archives reprint cards from 1995 that confused me for so long. There sure are a lot of legendary names there. 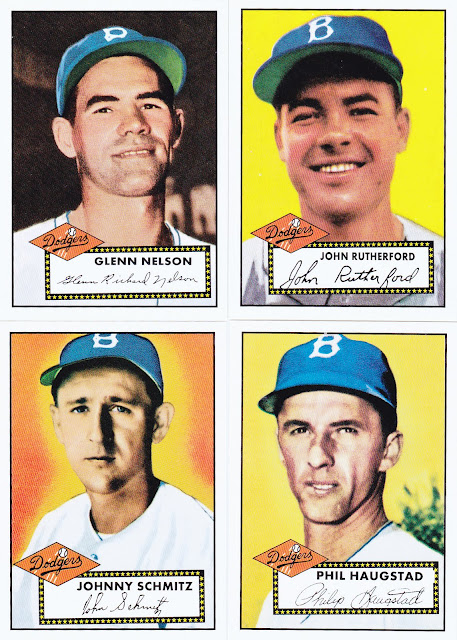 Here are a bunch of nobodies just in case you thought all of the Boys of Summer were famous. 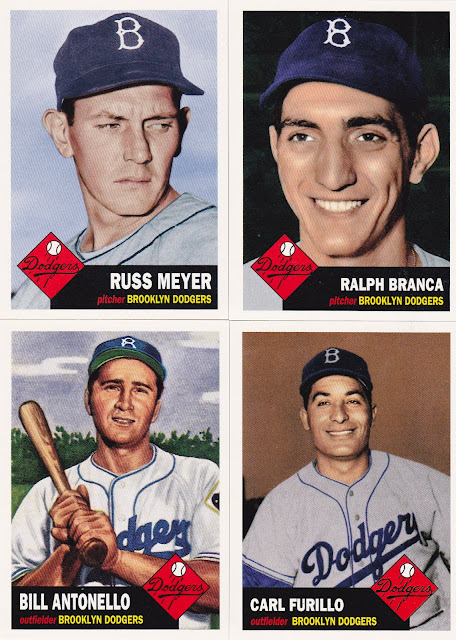 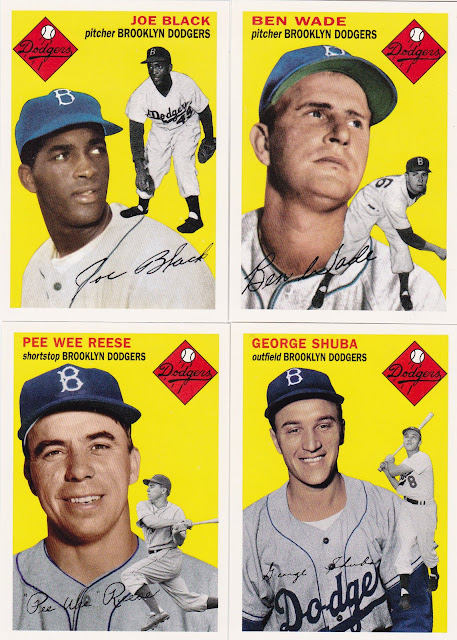 The sad part about all these cards is how they remind me that it would take me at least three lifetimes to accumulate all of the originals. 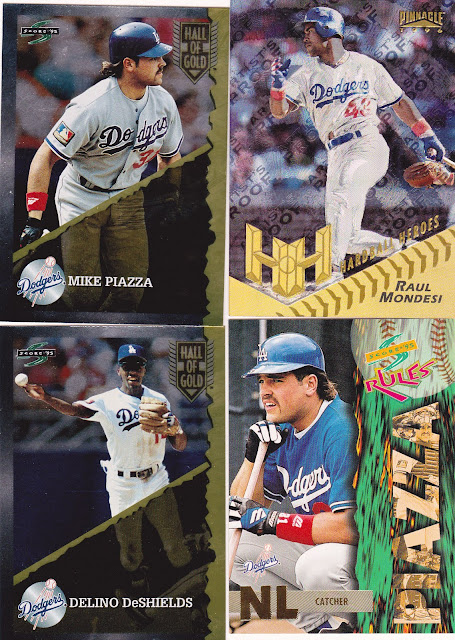 Woooahh! Head rush! Forty years went by just like THAT! Look at all the '90s gold! I didn't even realize the Mondesi Pinnacle card was an artist's proof until I uploaded the scan. Oh, and the Hall of Gold cards are atrocious. Awful. There's so much about '90s cards I don't understand. 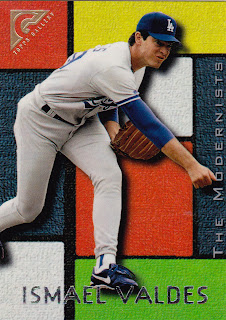 This, however, is tremendous. 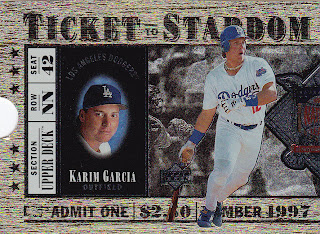 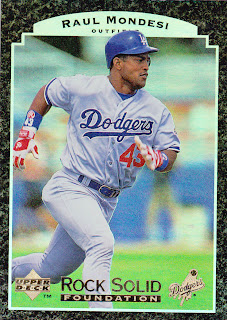 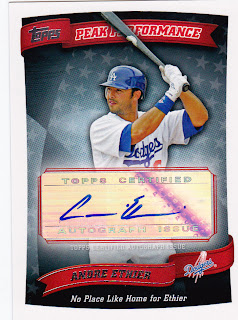 Finally, we reach the present with an autographed card of 'Dre. I hear people disparaging his signature. Sure it could be better. But I've seen far, far, far worse.

I believe this is my fifth or sixth Ethier autographed card. For a moment I thought I had this card already, but it turns out this is the 2010 Topps Series 2 autograph and I had the 2010 Update one. Leave it to Topps to issue multiple autographs of the same player for the same base set (yes, I consider Update part of the base set).

These cards are much appreciated and will help me focus a little and compile some lists for the show. As usual, you can expect a full report on the festivities. Let's hope it's a happy, perky report and not a cranky, I- feel-ripped-off report.

I think I need another shot of smiley again:

OK, now let's get some cards!

Scott Crawford said…
Good weekend for card shows, apparently. I'm headed to one tomorrow. Good luck at yours!
April 9, 2011 at 8:52 AM

AdamE said…
That is one great looking Gallery card. I have never seen a cray color variation one. Is it a parallel or a subset or what?

Also, when digging through those quarter boxes, if you come across any of those 90somehitng Pinnacle Museum Red Sox please spend a quarter on me.