April 05, 2011
(If  you do an online search for "cardboard appreciation" guess whose blog pops up first? I've got to get that phrase copyrighted. Time for Cardboard Appreciation. This is the 108th in a series): 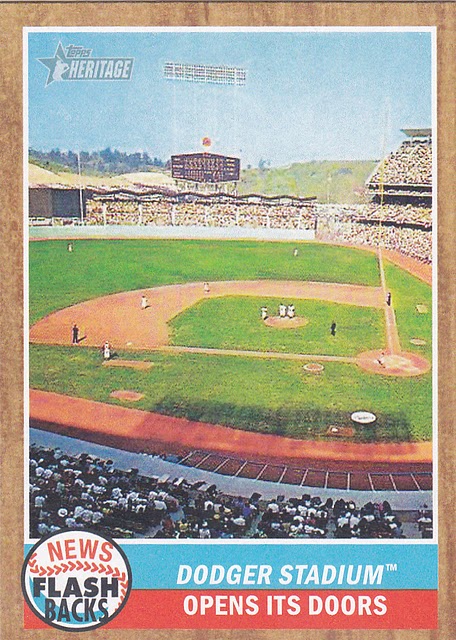 The first time I went to a major league ballpark, I was freaked out.

I was just shy of my 13th birthday and it was my first time in New York City since I was 2 years old. The traffic and the crowds and the pushy nature of the people unnerved me. As we walked through the underground parking garage on our way to Yankee Stadium, I made sure I was around those that I knew and looked between every car with suspicion.

I had read and heard about Yankee Stadium in the past. The fans were loud and obnoxious. They threw things at my favorite team during the 1977 World Series. They lacked class and certainly didn't behave in the way that I was taught.

But when I finally reached my seat and took in the entire game, I enjoyed it immensely. The strangers around me were pleasant, and I don't have one memory of an angry word or boorish behavior. I may not have absorbed what that meant at the time, but it didn't take me long to figure it out:

Every crowd has its idiots. It doesn't matter where you are or what team you follow, there are going to be jerks. However, the vast majority are unjerkish.

As you might have heard, Dodger Stadium featured at least a couple of jerks during my team's opening day against the Giants. The jerks, who were wearing Dodger gear (I refuse to call them Dodgers fans), beat a Giants fan's brain in out in the parking lot after the game.

I feel very uncomfortable commenting on a situation that is 3,000 miles away from me. I only know what I've read and heard. I also don't like writing about a topic that has probably produced a million ignorant statements on message boards and talk radio (I refuse to frequent either outlet).

But as a Dodger fan, I feel that I must.

First I am honestly disgusted and ashamed. The refuse piles of walking flesh who committed this act in full view should receive the most just punishment possible. I think they realize this and that is why they are cowering in whatever garbage hole they reside.

Secondly, the security at Dodger Stadium is not up to standard. I don't care what ownership says. It's not the first time I've heard about incidents there, and there is a certain element at Dodger Stadium that didn't used to be there. People throwing things. Abusive behavior. I have a feeling that cheap ticket promo deals combined with lax security is creating a problem in certain areas of the stadium.

Thirdly, any person who believes this behavior is a trait of Dodger fans -- or Giant or Yankee or Red Sox or whatever fans -- is not someone with whom I will associate. Every crowd has its jerks. I despise the Giants with everything I have. Do you understand? But people who were raised even haphazardly know that this was only a ballgame.

This is simply a case of one group of human beings lacking respect for another group of human beings, and definitely lacking respect for themselves. They can use whatever excuse they want to abuse another person -- sports allegiance, behavior on the highway, religious affiliation, political viewpoint, choice of music, whatever. All those things are a trigger to act out. The people that do this, to put it bluntly, are a waste of space, time and attention. I should have a kinder view, but I don't. Maybe they can be helped by therapy. But you reach a point where you don't even want them to receive the benefit of therapy.

And that's because not only will a person in a hospital now never be the same, but these society cast-offs are tarnishing a stadium that I have always viewed as the most idyllic stadium that has ever been built. The stadium, while still looking as beautiful as ever from afar, is crying for help.

Frank McCourt must do whatever he can to ensure that my view of Dodger Stadium doesn't crumble even further.

Unfortunately, given his own personal behavior, and his behavior toward the stadium and the team over the years, I fear that he won't do what he must. He is about the worst example for a certain segment of people who go to his stadium.

When I walked to Yankee Stadium as a 12-year-old that night, I thought that George Steinbrenner was the most evil owner I ever knew. I thought that way for decades afterward.

Steinbrenner died last year. I never believed I would say it, but the man that I now think is the most evil baseball owner is the owner of my favorite team.

Frank McCourt must go. Before anyone else gets hurt.

Doc said…
Very well said. Even as a Padres' fan that gives and receives jabs from Giant and Dodger fans, I always respect them. It is extremely scary when someone takes their love of their sport/team into the realm of violence. No person should be subjected to physical or emotional harm, even when they're wearing the opponents colors. Sports is not war.

Also, I went to dozens of Dodger games when I live in LA from '83 to '94. Great stadium, electric atmosphere and I love that the ushers wear the old straw hats.

The best part is the view you get when you enter the stadium from behind home plate and walk all the way up to the entrance gate for the upper deck. Since the stadium is tiered into the hillside, you're greeted with a wonderful panoramic view of of a gem of a stadium.
April 5, 2011 at 12:46 PM

The Lost Collector said…
Very well written. And I completely agree...every fan base has their jerks. Coming from a fan base that is disliked by most of the fans of the 29 other teams, it's refreshing to hear others acknowledge that's how it works across the board.

It's a shame what happened in LA and I hope the security around the stadium is beefed up. I hate to say it, but it certainly could have happened anywhere...and has happened most places in some form or another.
April 5, 2011 at 1:02 PM