A blaster is faster

I do not live in a big city. I do not live near a big city. The closest hobby store to me is a three-hour round trip. Visits to eBay fill the gaps, but my allotted computer fun time is very limited. So for me, retail blasters are the way to go. They're relatively easy to find, you get the cards immediately, and I've changed my mind from a previous post: unless you're 10 cards or less away from completing a set, a blaster is always satisfying.

So, what follows is what I got today. I'm only listing the cards I needed, because scanning, or even listing, duplicates, bores me like a walk through the Yarn Barn. For the sake of brevity, I will keep my comment about each card to one sentence. If I write more than one sentence, as my punishment, I will write something nice about the Cubs (gulp!). 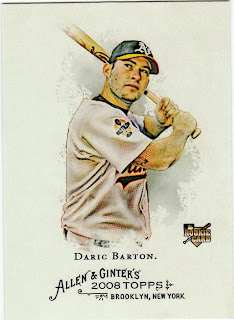 No. 199, Daric Barton. I swear you can find one of him in every other pack of '08 Topps Heritage. 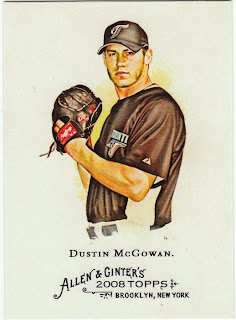 No. 214, Dustin McGowan. My sister-in-law took in a stray cat and named him Dustin. He got run over by a car. ... Oops, that's two sentences.

Required Cubs plug: There really is no better place to watch a day ball game than Wrigley Field. I love the scoreboard with the team pennants waving in the breeze. 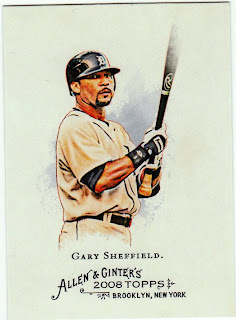 No. 269, Gary Sheffield. If Adam Sandler does a sequel to "Anger Management," Sheffield should get a major part. But that would require Sheff to poke fun at himself, huh? I guess that's out. ... Hmmm, that was three sentences. 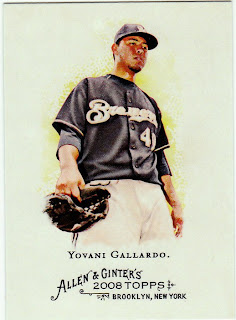 No. 121, Yovani Gallardo. The Brewers sure have made some odd decisions this year for a playoff team. 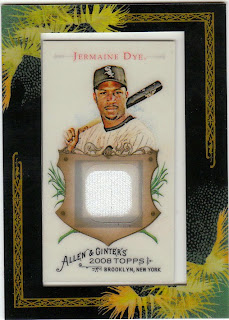 Jermaine Dye jersey relic. The blaster gods must think I'm a Jermaine Dye fan, because over the summer, I picked up some packs from a hobby box at a card store in Buffalo and pulled this: 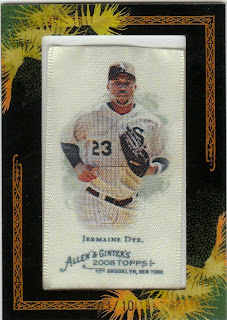 A Jermaine Dye silk card. And, if you care about things like this, it's No. 1 of 10. (That's more than one sentence, but it doesn't count because I didn't get the silk card from this blaster). 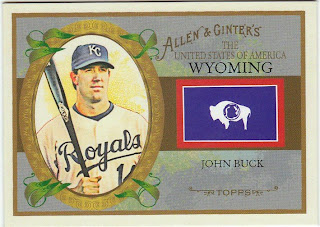 Required Cubs plug: the Cubs certainly got the better of the Bill-Buckner-for-Rick-Monday trade with the Dodgers. Of course, Monday did hit that playoff HR in 1981. 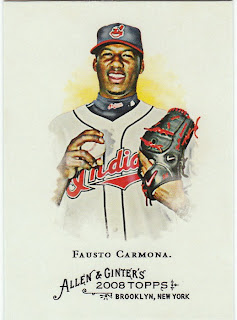 No. 71, Fausto Carmona. You'll notice I kept the Carmona and Sheffield cards apart from each other. 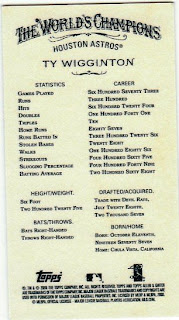 Ty Wigginton mini, no-number back. I know these are relatively rare, but I've seen people pull them all over blog central, and this is my first one. 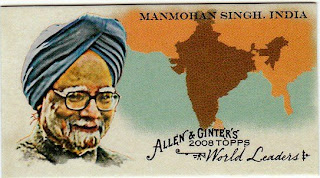 World leaders, Manmohan Singh, India. This is incredibly shallow, but all I can think of is that Seinfeld episode that originally ran in reverse. ("If I had to go to India, I wouldn't go to the bathroom the entire trip.")

Required Cubs plug/confession: I rooted for the Cubs in 2003, too. Until Moises Alou's stupid temper tantrum over a foul fly ball and the false uproar that followed. 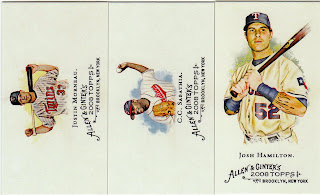 Three A&G back minis. I now have the Hamilton base card, mini, A&G mini and black-bordered mini. Can the wood card be far behind? (Yes).

Required Cubs plug: At least they don't wear those stupid, blue, pinstriped pajamas they did in the early 1980s. 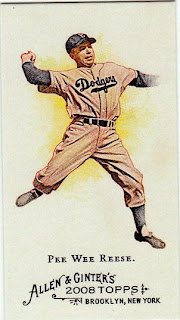 Pee Wee! The Captain! And with that, I declare the blaster totally worth it, even with this one card alone.

Unfortunately, that'll be all the blasters for me for awhile. There's a card show at the end of this month, and I have to accumulate some cash.

dayf said…
A&G blasters are always fun to rip, just for the minis.