The cardinal sin of baseball photography 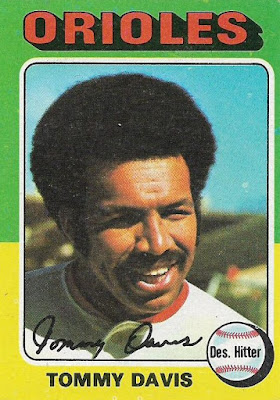 I don't remember the first time I pulled a card featuring a player with no baseball cap on his head, but it's possible it was this card.

Tommy Davis got off scot-free with me because of his magnificent Afro. But I wasn't nearly as forgiving with other players who chose to appear on a card without wearing a basic part of their uniform.

From an early age, I recoiled in horror whenever I saw a player on a card capless. It was as if they suddenly became someone from another profession, say a mailman or a police officer or one of the other handful of professions that I knew when I was 9 years old.

And, so, to this day, it still bothers me to see a card of a player who isn't wearing his cap. This happens in Heritage sets all the time -- because Topps is paying tribute to an earlier set in which they thought nothing of photographing players without caps -- and it needs to stop. Get thee a cap. Immediately.

There is a certain era when appearing on a card without a cap was a frighteningly regular occurrence. I am talking about the 1960s, mainly. In 1958, there wasn't a single player in the Topps trading card set that was not wearing a cap. Not one. In 1968, there were 113 players.

Something went terribly wrong in those 10 years.

There were two separate MLB expansions in the 1960s. And the rise of the players' union under new boss Marvin Miller had an effect on the photos displayed on baseball cards at that time, too. All of this contributed to the plague of unclothed heads that you saw on cards in the 1960s.

Which sets were the greatest offenders?

Well, I'm glad you asked. I did some research.

I followed only a few rules. I did not count capless players in celebration shots -- such as World Series cards. But I did count players who shared card space with other players on the rookie cards of that time.

And now the most capless sets that Topps has ever made: 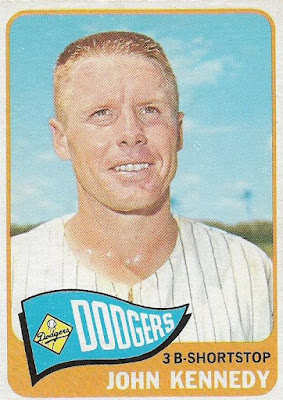 Some people consider this the best set that Topps ever made. It's a good set. I ranked it 10th overall. But I could never put it at No. 1. Way too many dudes without caps. 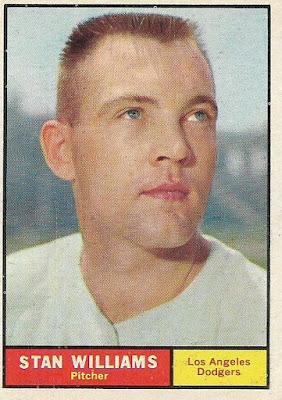 Achingly boring design and capless. Not a good combination. 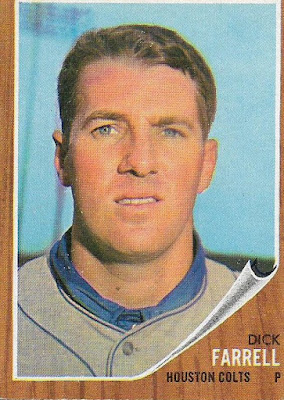 As I mentioned in the countdown, this set has a rather old-school look, as if it should have been produced at least 10 years earlier. Part of the reason is the number of capless players. With the wood frame and no cap, you could blow up the card to an 8-by-12, throw it up on the wall and convince someone it was your great, great, great uncle. 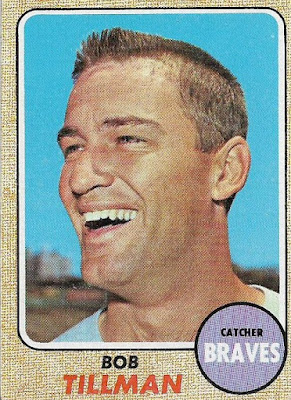 Another set hindered by design and capless players. 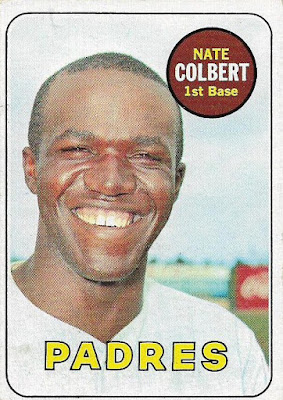 A whopping 22 percent of all the cards in '69 Topps have people with no caps! That's almost criminal!

Thanks to the Players Association crackdown, Topps didn't have access to new photos of a lot of players. And throw in the expansion addition of the Expos, Padres, Royals and Pilots just before the set went to print, and kids took what they could get in 1969. And in a lot of cases that was blacked-out caps or no caps at all.

As weird as I thought blacked-out caps were when I was a kid, I still preferred it to no cap at all.

If you're wondering what the top 10 for this list is, I've got that, too:

By the '70s, the capless trend had started to die off. After the 1970 Topps set featured capless players in nearly 9 percent of its set, 1971 Topps featured just under 4 percent. And the first set in which I bought packs, 1975 Topps, features just six players without caps. And three of those players are players in action, so they're excused. 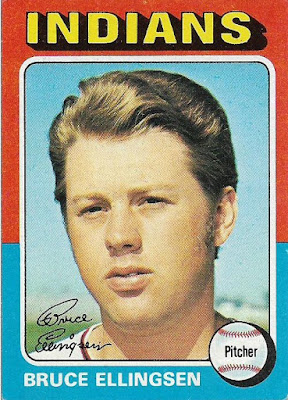 But ever since I was 9, there has been no excuse for this. I don't care how awesome his hair is.

night owl said…
Well, thank goodness I did two weeks worth of research so you could point out that one off-hand detail. Nice work.
October 16, 2015 at 8:58 PM

Jim from Downingtown said…
You didn't consider the possibility that Topps' photographers were too lazy/cheap to take enough photos early in the season to make up for trades. Get out to spring training sites and get those photos. Also, Topps could have back-loaded most of the expansion team cards to the later series, increasing the number of photos of players in their new uniforms. (It's not like Topps didn't know 100+ players would be changing teams between 1968 and 1969.)

AdamE said…
The fact that you would put two weeks worth of research into a single post is why you are the greatest card blogger of all time.
October 16, 2015 at 10:48 PM

Hackenbush said…
I'm not dismissing what you're saying (we all have our things) but if it did bother me as a kid (and I started collecting for real in the late 1960's) I don't recall it. As an adult I definitely don't like it. Sorry for the multiple parenthetic clauses.
October 16, 2015 at 10:53 PM

capewood said…
One thing about people who ordinarily wear hats is that you don't know what's going on under there. Years ago I worked in a chemical plant where people wore hard hats all the time except usually in the break room. I worked with an electrician who never took off his hat. I'd known him years. Then one day I walked into the break room and his hat was off. He was completely bald! I almost cried out "What happened to your hair?!" But managed to stop myself in time.
October 17, 2015 at 12:26 AM

Stubby said…
'67, '68 and '69 were the years when the Players Association was coming together and one of their first targets was Topps. The PA didn't think players were compensated properly for the use of their images--especially as Topps was of the opinion (courts later said they were wrong) that the $25 or $50 payment for posing gave them rights to the players' images in perpetuity. As the PA was still coming together, they did not order players to no longer allow their pictures taken. But they "suggested" it. But players were free, on their own initiative, to pose for Topps or not pose for Topps. Some players looked upon it as free money and continued to pose, especially those with smaller salaries. Others stood with the union, especially those who could better afford passing up the small payment. So I would suggest to you that perhaps Dick Hall chose to pose for Topps in '67 while Don Lock did not. The dispute was settled fairly early in '69 (mid March, I believe)...but late by the standards of the card manufacturer whose checklists had been finalized the previous December. I'm sure they rushed photogs out to grab images of the new clubs, which is why some show up in later series with the proper gear on. They likely reasoned that Philadelphia was essentially "home turf" and they could catch up a bit later. But they may not have gotten there before May 5, when Lock was traded to Boston.
October 17, 2015 at 1:46 AM

Stubby said…
As bad as "big head/no hat" cards may be, I've always been less offended by that than by the modern day cards of players in those godawful All-Star warm-up unis. Those are crimes against humanity (both the jerseys AND the cards). I'd much prefer they go back to the old method of saluting All-Stars and stop trying to squeeze some extra cards of Mike Trout and Bryce Harper into their set. Drop the whole All-Star subset entirely and give us some cards of bullpen and bench players. For example, I don't know how many games Anthony Recker caught for the Mets, but he's never had a Topps card as a Met and he's been on the club for three full years.
October 17, 2015 at 1:56 AM

Anonymous said…
Wow, they really didn't like baseball caps in the 60's eh? I agree with ya, there should be extremely few capless cards. I like caps falling off the players head, but, that doesn't count as a capless card IMHO. The only card I can think of that looks pretty cool without a hat on the player, is George Brett in '78 (http://www.tradingcarddb.com/ViewCard.cfm/sid/80/cid/20578/1978-Topps-100-George-Brett).

Rumpleforeskin said…
AAAAAH! Bruce Ellingsen's 75 Topps card! MOMMY! MAKE IT GO AWAAAAY! This card gave me nightmares and I always seemed to pull it from packs back in the day.
October 17, 2015 at 12:50 PM

night owl said…
I didn't go through all of the sets. With the advent of action shots, it seemed pointless. My guess every set post-1970 is under 3 percent. I'll probably look through a few of them just to confirm it. Top 10 hatless cards is a good idea.
October 17, 2015 at 12:56 PM