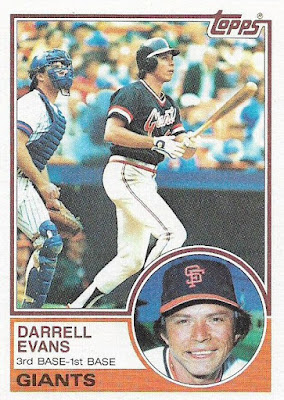 You may have noticed that some of my regular series overlap as far as topics. What can I say? I likes what I likes.

Instead I'll just remind you that this is where I go through each of my complete sets and determine what I think is the best card for each team. And I'll add that it may have been more difficult to do for '83 Topps just because of the great number of wonderful photos in the set. Some teams have six or seven different cards that could be the best (while a couple are flagrantly lacking).

So here we go with action-packed 1983 Topps, the best for each team, as arranged by how the teams were broken down by divisions in 1983: 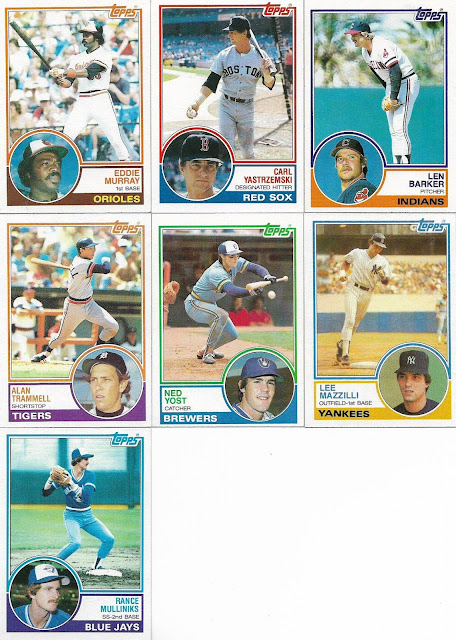 Team with the worst cards: By far, the Blue Jays. I went with this one just because it looks like Mulliniks is playing in the mud.

Team I should go back and review: Indians. I'm a little too enamored with the blurry palm trees in the background. (Also, I'm sad that I didn't get Lou Piniella's bat flip in for the Yankees selection. He's flipping a bat, everyone! Get outraged!) 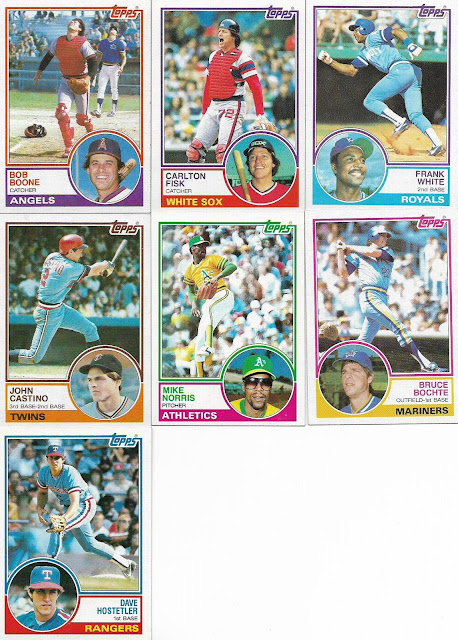 Team with the best cards: White Sox. There's just something about that giant SOX across the chest that pulls the card together. That said, you can't even see Fisk's SOX.

Team with the worst cards: Mariners. I let Bochte in because he's gritting his teeth. It seems like it wouldn't take much to knock a teeth-gritter off his perch. But he's still there.

Team I should go back and review: Royals. K.C. has some good ones, but I love that White is kicking up dirt. 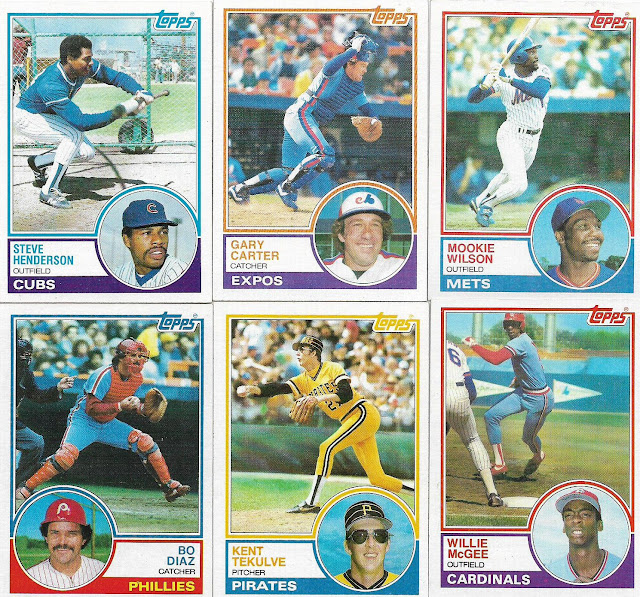 Team with the best cards: Probably the Cardinals.

Team with the worst cards: It's hard to believe, but Pirates.

Team I should go back and review: Cardinals. Some may not like the McGee card because part of his helmet is cut off, but I think it's an interesting perspective (and very '80s).

Also, I know some would pick this Expos card instead of Carter: 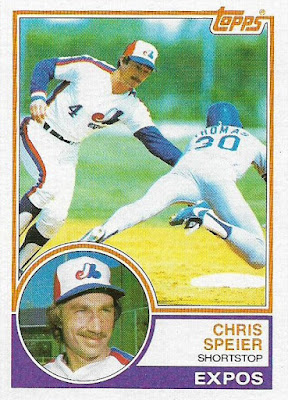 For obvious reasons, I can't do that. 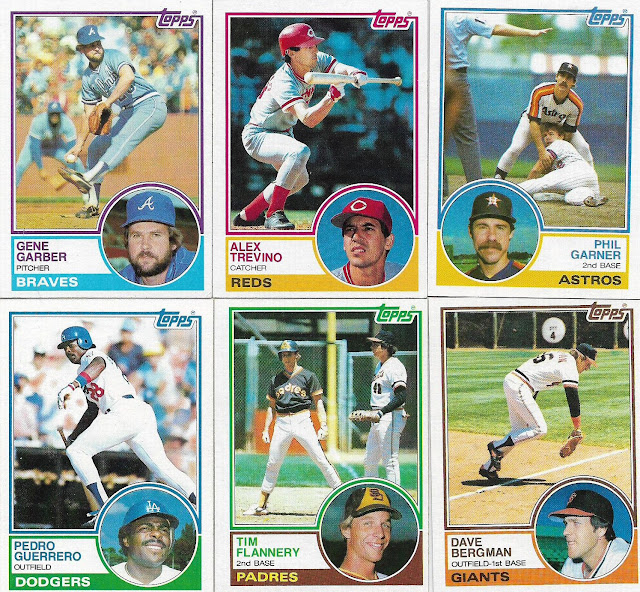 Team with the best cards: Giants. Best cards in the set. It's obvious that Topps set up camp in Candlestick Park and took their time.

Team with the worst cards: Braves. Almost nothing interesting, unless you're a fan of the team.

Team I should go back and review: Padres. I like the Flannery card a little too much.

So there you are. The best from the best set of the '80s. There are so many great ones here that you didn't see. 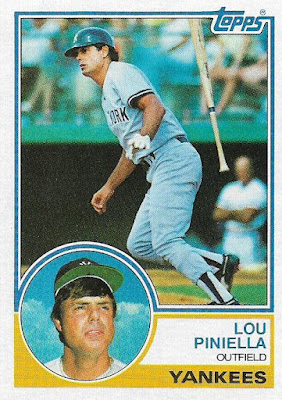 See you next time on Team MVPs when we journey back to 1982.

steelehere said…
I thought Reggie Smith might be a candidate due to the popularity of the image with Ryno fans. Also, how could you not vote for Vern Ruhle? The close up photo is scary.
October 19, 2015 at 8:54 PM

John Batrman said…
Mazzelli and McGee's cards are probably 2 of the finest cards made upto that time. They probably inspired all the oddball or different shots we would get in the 1990 and beyond.
October 19, 2015 at 10:02 PM

Fuji said…
I love this set. So many great action shots. The Garber, Carter, and Tekulve are three of my favorites from your list.
October 20, 2015 at 12:12 AM