Stuff I didn't bother to look for at the card show 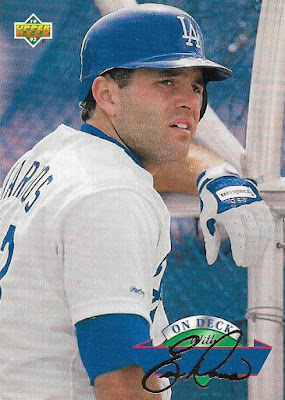 Since I was so focused on one thing at the card show, I felt like I missed a bunch of stuff that could have fit into my collection.

But even though it's a pretty large show and there are plenty of items, from the very old to the very mojo, there are just some things that one doesn't bother to look for at the show -- you're probably not going to find them.

That's where trading through blogs comes in handy. There are all kinds of items that I receive through the mail that I wouldn't find at a show.

For example, I received a package from Lifetime Topps a week or two ago with plenty of cards that I never would have found at that 150-table show.

Chrome cards from a dozen years ago. There's no way you'll find those at the show, unless it's a superstar player or randomly inserted into a discount box. 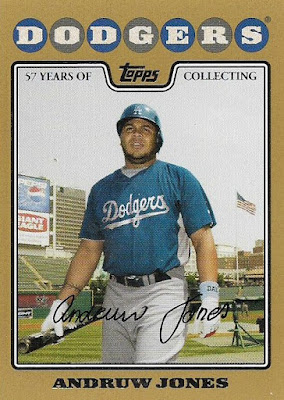 A gold parallel from seven years ago? It might be in a 10- or 25-cent discount box. But since I almost never find those, I wouldn't find this. 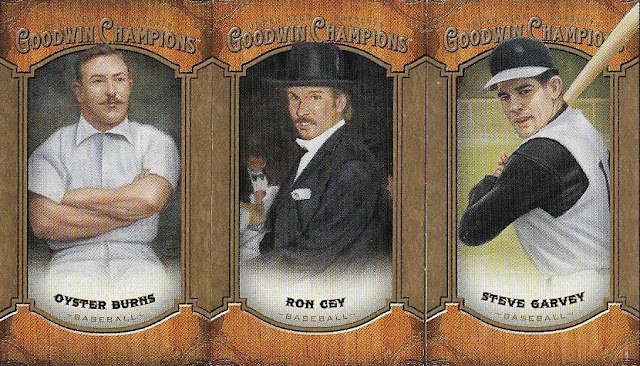 Bizarre Goodwin minis from 2014. I nearly do a happy dance right there on the show floor if I find a box of mini cards. It rarely happens. And these weird things? I don't know if a dealer would dare put these on his table.

But I'm thrilled to have the mini version of almost the worst-best Ron Cey card of all-time. And I'm also thrilled to own a mini of Oyster Burns, who played for the Brooklyn Bridegrooms and was described as having "an irritating voice and personality." 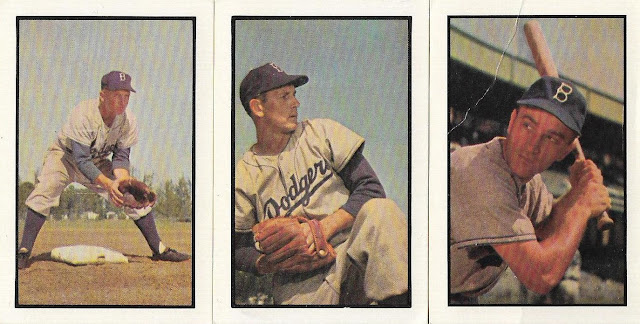 Reprints. You can find reprints at the show I go to, again mostly in discount boxes. These are reprints of 1953 Bowman cards from 1983.

This is the first time I've ever seen any of these. I don't even know who reprinted them. 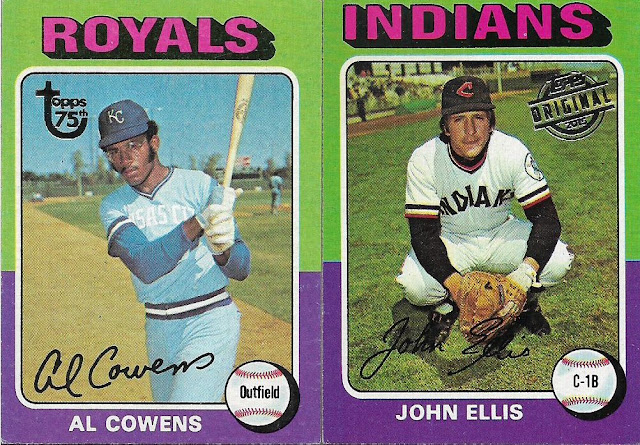 Buybacks. I know these are at my show. I've purchased at least one there. In fact, I had intended to see if I could find some '75 buybacks for my quest, but once I zeroed in on the '72s, I forgot all about it.

This brings my buyback total to 37. And it's still as amusing as ever.

So anyway, that's why there are card shows and card blogs, retail outlets and card shops, ebay and COMC. It takes ALL THE TOOLS to build a collection.

Especially if you're dumb enough to collect Dodger cards of Andruw Jones.

JediJeff said…
Oyster Burns. Sounds more like what you'd tell a waitress when you have an ulcer.
October 6, 2015 at 8:29 PM

Anonymous said…
I was pretty happy about the randomness of that card package. I was at my parents' home over the summer and found some old stuff, and combined it with some new stuff I'd pulled that turned out to be Dodgers.

I believe those Bowman reprints are from Card Collector's Company. The best info I found on them was this article.