I met the Mets 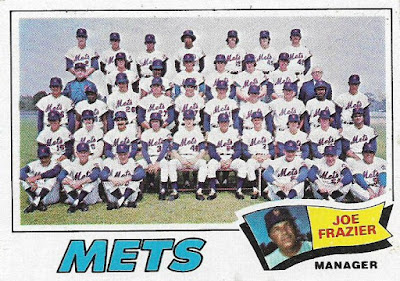 (Did you know I'm holding a contest? Click on the previous post to enter. You only have until 3 p.m. Saturday).

Every person has a childhood. If you're lucky, you look back on it fondly, even if you didn't think it was so fun at the time. I remember every difficult part of childhood, not getting what I wanted, bullies, being punished, yet I prefer to focus on the more pleasant moments because they are what made me.

There were four teams central to my development as a baseball fan when I was growing up: the Dodgers, Red Sox, Yankees and Mets. There were a few others floating around there more often than the others -- Phillies, Royals, Reds, Pirates, Orioles, Brewers -- but the basic four molded me. 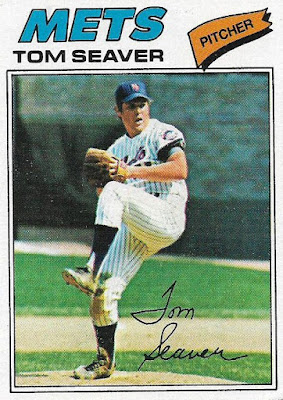 I've explained before how the Mets were my grandfather's favorite team and the bond and memories created while watching the team on a weekly basis in his living room. And I've probably mentioned how the Mets were actually my favorite team -- for one day -- after I received a Tom Seaver glove for my 10th birthday. (I was sorting some things out then).

The Mets, unlike the Dodgers and the Red Sox, were around. I could see them every week. This was when network baseball broadcast one game, maybe two at the most, per week. And cable aired whatever local team was nearby. For me, that was the Mets and the Yankees.

I couldn't follow the Yankees. Not when I was a fan of the Dodgers and the Red Sox. The players didn't seem all that likable and although we'd watch weekend Yankees games, too, at my grandfather's house, I didn't feel any connection to the team.

The Mets were different. There was no animosity with the Mets. And there was no real rooting interest either. It was the first time I had a neutral opinion about a baseball team. I saw them once a week and I didn't really care whether they won or lost. I could just watch them as a team and get to know who they were. 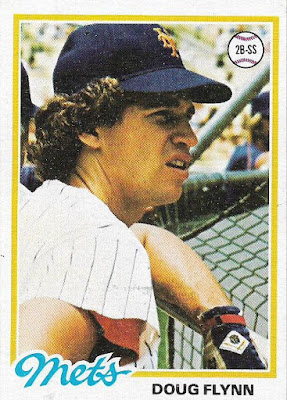 But without the stress of who was hitting well and which player the manager was sending in to pinch-hit, I watched and absorbed. I got to know forgotten players like Ron Hodges and Roy Staiger and Bruce Boisclair. 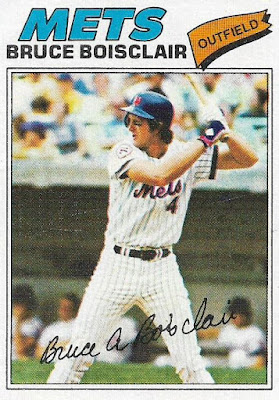 When I come across those players now -- in a very infrequent reference somewhere online -- I know them instantly. Yes, that is the player I watched when I was little. I remember Bob Murphy or Ralph Kiner discussing his fielding. 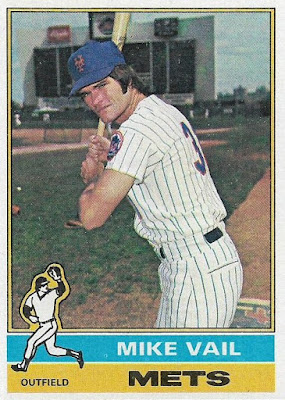 As a young fan, I gravitated to the younger players and I was as excited as anyone following new call-up Mike Vail, who promptly hit in 23 straight games. I had never heard of anyone hitting in that many games in a row and so Vail introduced me to the concept of the hitting streak.

I truly believe that I learned more about baseball from those teams because I didn't live and die with them. 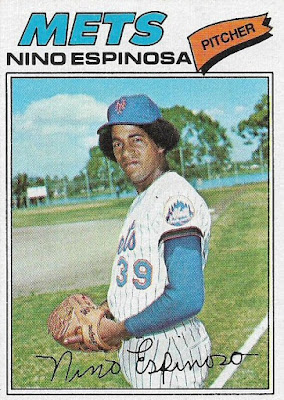 If you read accounts of  the mid-to-late '70s era, it's often referred to as the dark ages. It's a time when the "Ya Gotta Believe" team crumbled into a gutted squad that depended on failed prospects.

But those are Mets fans talking. For me, these are the players who taught me the ebb and flow of a major league baseball team. Players sent down. Players called up. Players getting hot. Players getting benched. Players signed. Players traded. I experienced it all watching the Mets from 1975-79 on WOR-TV. 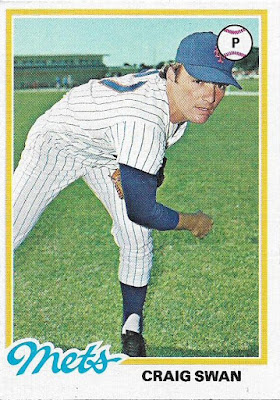 This was my graduation from baseball cards to the reality of the baseball world. As a fan of cards, I just knew the player's name, his stats and what he looked like. On TV, I learned mannerisms, attitude, style and more history about the player than I could ever absorb.

And that's how it was for five years. Every Saturday, NBC would show a different team on the Game of the Week. The Cardinals, the Angels, the Tigers. You would watch the broadcast and wait for when they announced what next week's game would be. I hoped every time it would be the Dodgers, and it seldom was (and when it was, it was almost always against the Reds). And you'd get mad at the Game of the Week for not showing the teams you thought should be shown, or for showing teams too much, much like people do today with ESPN. 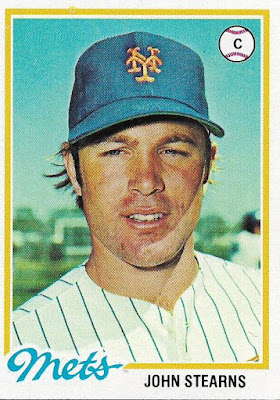 But then I could return to the Mets and lose all of my irritation in the hard-nosed play of John Stearns, who was much loved by the Mets broadcasters. I'd study why they liked him and I learned a little about positive and negative attributes in baseball.

It's a miracle I didn't transform into a Mets fan. Many people associate with the team they see the most and begin to identify with them. I could never do that with my allegiance to the Dodgers, but I can see how it can happen.

Today you can immerse yourself in whatever team you choose and know more about them than you do your own family.

But back then, we just had a TV. And weekend baseball broadcasts.

That is where I met the Mets. And if you want to know how I can sit in front of a television and watch a baseball game from start to finish, I'll blame those Mets teams from the late '70s.

Sure they were lousy. But they were great theater.

Stubby said…
Thank you. A nice essay to read as a Mets fan. I have always loved them. Even when they were losing. Didn't much care for Donald M. Grant and the aptly named Dick Young when they conspired to banish Tom Seaver (and anyone else with talent). But I loved the players, good, bad, or mediocre. Leon Brown is one of my all-time favorite ballplayers because, well, I don't know if the Mets were ever as bad as they were in 1976. And Leon got called up, promptly got an extra base hit, brushed off the dirt, and smiled and clapped like a guy trying to pump up his teammates to get something going. This was on a team that never smiled and rarely hustled; things were just so bad for them. And I saw Leon, smiling and full of delight and enthusiasm. He behaved like someone who understood that he was being paid to stay young playing a kid's game. There was nothing ever going to get him down. That, to me, was baseball the way its supposed to me. I was old enough to have lived through the early Casey Stengel years and old enough to really savor the 1969 Miracle Mets. Still, after that day in 1976, Leon Brown became my favorite ballplayer ever.
October 31, 2015 at 2:51 AM

Johngy said…
Great post.
Is it just me or does that John Stearns 1978 card look like he has an airbrushed cap? I'd have no reason why it would be airbrushed though.
October 31, 2015 at 8:37 AM

I mostly understand what you're saying from football when I was forced to watch Jets/Bills/Giants from Rochester feeds. Baseball, I got a lot of Expos and Blue Jays, but watched a lot of Expos in French. I mostly listened to the Expos on the radio and became such a big fan of Duke Snider. With sports packages now, isn't it so nice now to be able to watch pretty much any game you want?

The interesting thing about seeing these cards is that I recognize the design so much but see cards that I don't know.

OPC sets used the same designs but were smaller sets so they didn't have all the players. With this, and posts on other blogs, I see cards that I don't remember. So nice to see.

Anonymous said…
You mean, you were like me in that you spent formative years watching guys like Mike Vail and Craig Swan, and yet you DIDN'T become a Mets fan? (Sigh) Sometimes I just don't understand you...

I had a similar situation in my own house. My father was a huge New York Rangers fan, but I fell in love with baseball instead. Later when I did get interested in hockey, I was older and wanted my own team, so I never shared my father's love of the Broadway Blueshirts... But I still watched a fair amount of Rangers hockey, and now I find myself joyfully collecting cards of guys like Bill Fairbairn and Steve Vickers because they bring back memories of watching the Rangers because that's what was on our one TV.
November 1, 2015 at 6:50 AM

The Craig Swan card gave me a good idea for a post about cards showing the least amount of team insignia. Another example is the 1969 Joe Mogan with no cap, of course it's 1969, and the picture was shows Morgan from the chest up. Swam's card is almost a full body shot.
You've probably already posted something similar in the past.
November 1, 2015 at 7:16 AM