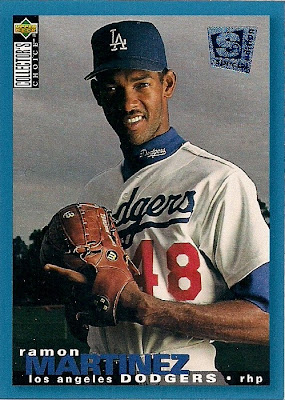 Perhaps you were tipped off -- by the suspiciously themed, non-relevant content -- that I was on vacation last week. Indeed, I was. I had a lovely time, thanks for asking.

Maybe the best part of the time off was that I wasn't around a computer for virtually the entire week. I know this may be difficult for some of you to believe, but a vacation can be enjoyed without access to the internet. Sometimes I wonder about this, because even though July is a common time for vacations (I happen to have another one coming up before the month is out), bloggers everywhere were holding contests last week. Now how am I going to enter a contest if I'm on vacation? Lord knows, my phone isn't going to allow me to enter a contest (I enter a very dark place every time I try to tackle commenting on a blog on my phone).

Why one contest basically penalized me for celebrating the birth of our country. There I was, gathering together with friends and family in the great outdoors, watching spectacular colors in the sky, and someone was docking me points because I wasn't near a computer all day.

One guy was even trying to make me jealous last week. It would've worked, too, if I hadn't been sitting by the beach enjoying free food and entertainment at the time. (But I'm back now, and officially jealous).

Just a friendly tip: there's a reason why network TV airs reruns in the summer.

But I'm not mad or put-out.

Nope, instead, I'm just going to treat you to a trade post.

OK, maybe I am a little cranky. 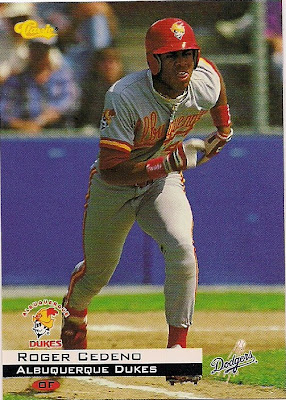 These are from Bo. He sent me some mid-1990s Dodgers. You know, that period when I didn't collect. I have no attachment to these cards, so I'm trying desperately to find something to say.

All I can think of with this card is that I am disturbed that I have 66 different Dodger cards of Roger Cedeno, about half of which are from before he even played for any major league team. 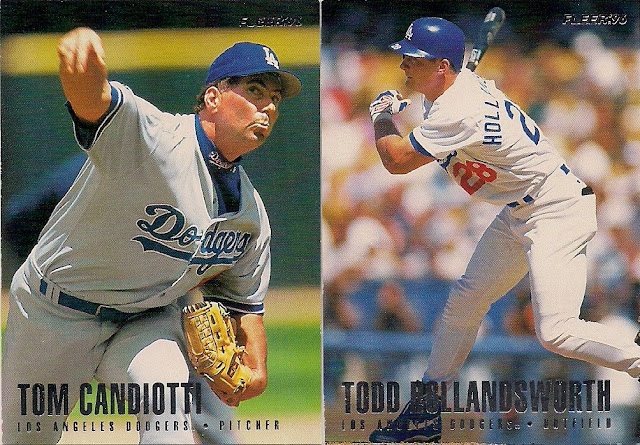 Here are some shiny team wax cards from 1996 Fleer. Another bit of confusion from the mid-1990s, where a company issued several different versions of essentially the same set because it secretly hated collectors and was trying to get rid of them with fiendish plots like this. 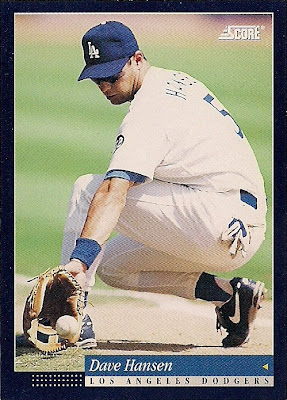 A very nice card from the underrated 1994 Score set. This may or may not be the last card I need to complete the team set for this year. I have a feeling my want list is off, which is no surprise for sets from the mid 1990s. 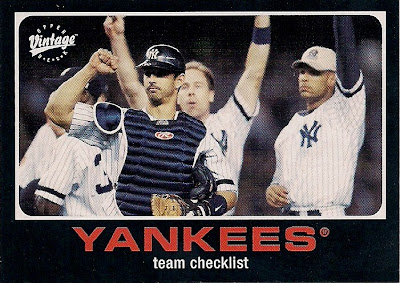 Bo also sent a bunch of night cards, most of which you will see as Awesome Night Cards in the future. But there are some cards that will never be Awesome, and this is one of them. So I am displaying it here instead. And it's giving me hives. 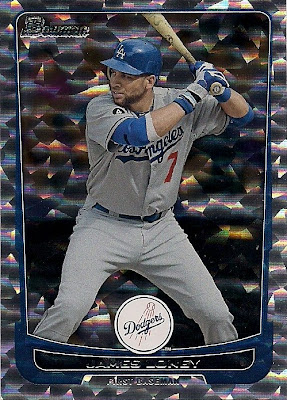 Moving on to something much happier. This card from Max at Starting Nine is my first Bowman Silver Ice Dodger card. (I've since acquired another one that you'll see soon). 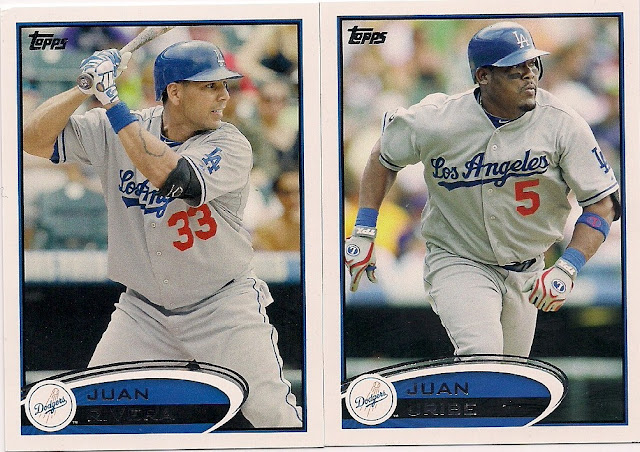 A couple of Juans.

I don't think I'll introduce you to their gold-foiled last names. It's not like they'll be with the team beyond this year. In fact, I give the guy on the right about three weeks. 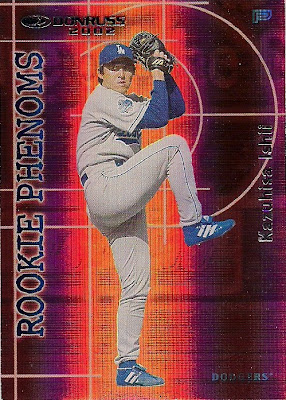 Some of the Donruss cards from about 10 years ago point and laugh at today's parallels. This card looks even better in hand than it does here.

Luckily for you, I have this card already. Now, it's possible that in a moment of weakness, I may try to collect every version of this card, as it's numbered to 1,000. But assuming that I will remain sane in the near future, I have one of these amazing cards to trade. 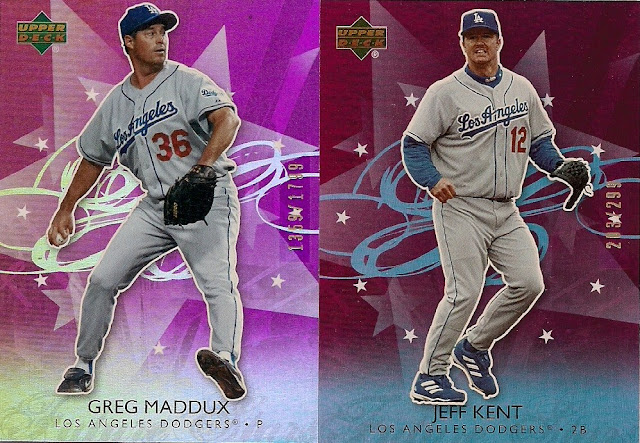 Now I am moving onto some cards from Matt of docholoday.com.

Most of the cards I received in this trade are from this year. But I wasn't going to turn down two shiny cards of two old-timers. The colors used on these Upper Deck parallels remind me of cough syrup. In fact, if I ever start Define the Design for parallels (and please commit me, if I do), these thingies are officially The Cough Syrup Set. 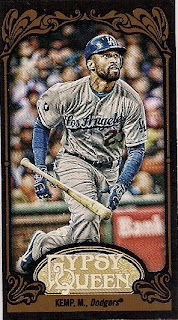 My favorite card in the package. Matty, please don't hurt yourself Monday night. 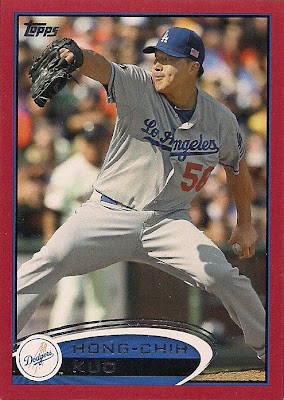 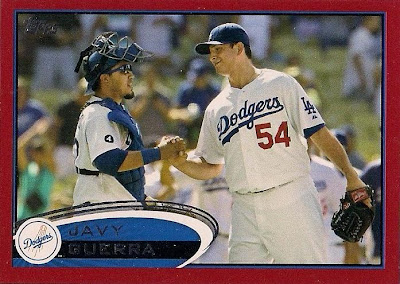 A couple of red-bordered parallels of two once-proud Dodger closers. L.A.'s bullpen looks pretty good right now, so I'm not too crushed about these two guys. Kuo's and Guerra's issues were about 47 Dodger crises ago. 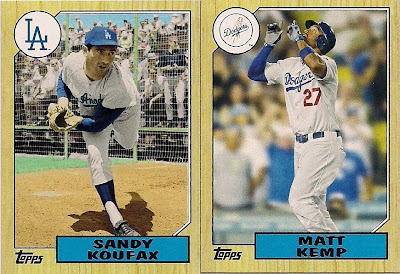 Time for some Series 2 inserts.

I am so behind on Series 2. I can't even tell you what inserts I'm supposed to be chasing. People are already pouncing on the Allen & Ginter checklist and I'm still trying to figure out what Dodger base cards are in Series 2. 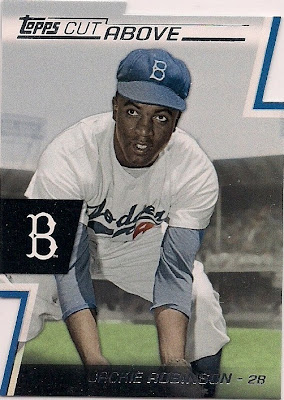 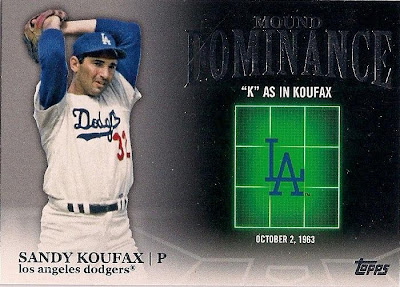 Hey, weeeee,  it's Robinson and Koufax.

Nice to see some new faces popping up in inserts. I never would've thought Topps would pick those two guys.

I guess that was a lot of sarcasm for one post.

I'm not sure why that is.

I'm back at work after a week's vacation.

Play at the Plate said…
I think that was just the right amount of sarcasm after a week of vacation. Unfortunately, I'm getting some days off this summer, but no real vacation. I'm so glad Hamilton isn't doing the Home Run Derby. I'm surprised Kemp is doing it. I'm surprised you didn't make a snarky comment about Jeff Kent. This is the most random comment ever. Welcome back.
July 9, 2012 at 5:14 AM

Anonymous said…
I picked up a Dukes hat this summer. My Isotopes had taken enough abuse to reach the point where it needed to be retired. I was set on picking up the Sunday Blue version as I really can't stand their normal uniform, but they didn't have in my size (7 5/8).