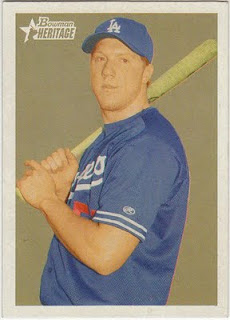 I'm at the ballpark tonight, taking in my annual Syracuse Chiefs game.

Tonight, they're playing the Norfolk Tides, the Triple A team of the Orioles. Former Dodger prospect Jamie Hoffmann is with Norfolk. Other Tides of interest are former Dodger Dana Eveland, collector favorite Pat Neshek, and Nate McLouth. (Brian Matusz is due to get the start for Norfolk against the dreaded TBA).

If I happen to bump into one of them at the concession stand, I'll try to get their autograph. But I don't expect that to happen. And I won't hunt them down either. I like to relax at the game. Sit in my seat, keep score for 3 innings before deciding I'm bored with it, grab a hot dog, and bask in the glory of the best sensory experience on the planet.

But what are you poor folks going to do while I'm out enjoying the game?

I was nice and found some cards for you to view.

These are from Cards on Cards. They were part of a cards-for-cards and periodical-for-periodical trade. That's a first for me. (He also sent a Pedro Guerrero figurine, which may or may not be some Starting Lineup thing -- I have no clue on those things. Anyway, he looks more like Eddie Murray). 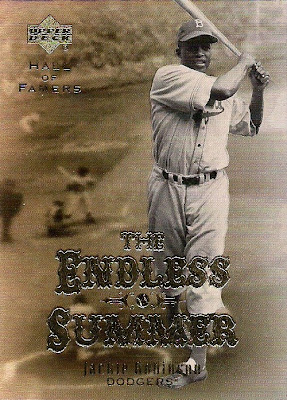 Good gosh, there were some nice-looking cards in the Early Aughts, weren't there? 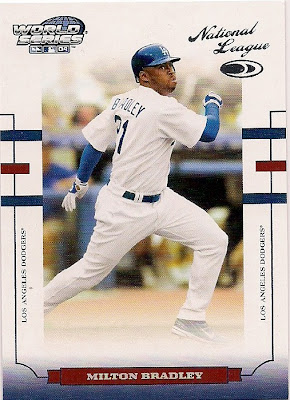 This card was as uncooperative on the scanner as Milton Bradley was/is in real life. Hyper, all the way around. 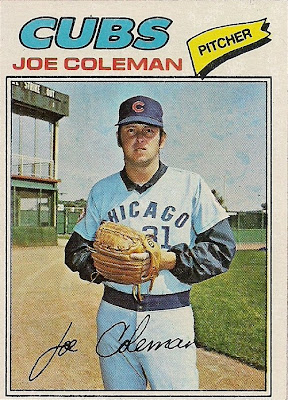 I have a feeling I will complete the 1977 Topps set in near record time. Not as quickly as 1986 Topps, mind you, but I'm enjoying this. 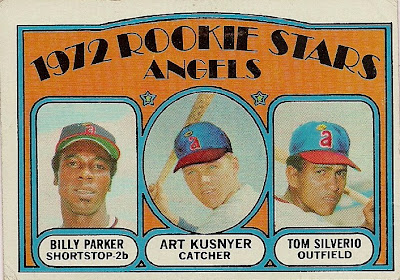 On the other hand, there's '72 Topps. This will be awhile. Who are these guys anyway? And are all 3 of the caps airbrushed or just the two on the right? And why is shortstop spelled out, but second base is abbreviated? 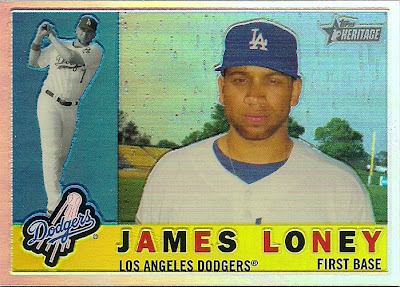 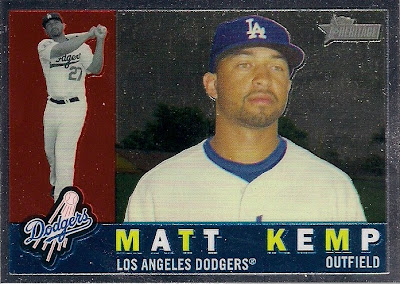 Another elusive Kemp card. All Matt Kemp cards I receive are gold, baby. People hang on to them too much. 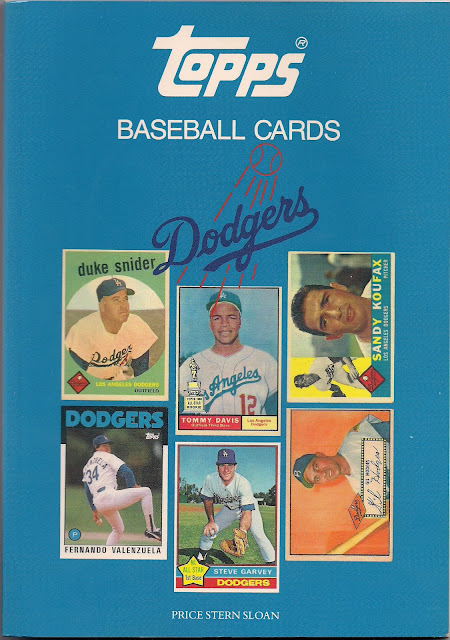 Here is the periodical. It's an updated version of the Surf books, which I mentioned on this post.

This was published a year or two after the Surf books. My Los Angeles Dodgers Surf book features only L.A. Dodgers cards, obviously. And it only goes to the 1986 set.

This book -- with no Surf advertising at all -- includes all the Brooklyn Dodgers Topps sets (well, starting with 1952 anyway) and runs through the 1988 team set.

I've wanted this particular book almost since the moment that I received the first book. Grass is always greener, and all that.

Speaking of green grass, I'll be sure to report back with any interesting details from the game.

If nothing interesting happened, you'll just get some more cards.

There's nothing wrong with that though, right?

Spankee said…
I caught a Chiefs-Tides game a few weeks ago...though mine was in Norfolk, of course.

Two Packs A Day said…
looking over the in-progress box and play-by-play, i see both teams' catchers were tossed from the game but I don't see any obvious reason from the narration. I may have to watch the MILB.TV archive in a little while.

I found out where Zach Duke is (with SYR) and Matusz had a bad game.

Spiegel83 said…
Topps wasn't sure what hat style the Angels were that season. They are too confused to pick a color scheme or style and stick with it.
July 20, 2012 at 11:09 PM

night owl said…
With Syracuse catcher Koyie Hill up in the bottom of the 6th, he apparently said something, because Norfolk catcher Luis Exposito got up out of his crouch, pointed at Hill and said "F-U" loudly. Hill then tackled Exposito to the ground and both benches emptied. Both players were ejected. It was wild. I'll have to read the newspaper account in the morning to figure out what happened.

Matusz had no control and got knocked around.

Nick said…
I've always wanted to see a brawl at a game I attended. A little guilty pleasure of mine, I guess.

Anonymous said…
Funny you should ask about who the guys on the 1972 Angels Rookies card were... I just posted about that: