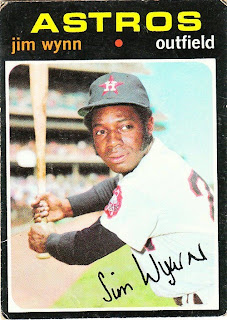 As you may know, I have been the recent recipient of several delightful 1971 Topps-themed packages (yes, I said it. I said "delightful." It's a word. I said it. Move on).

The package from reader Doug was supposed to be the last of the '71s for now. He sent me a few 1971 wants in exchange for some early "aughts" cards that I really didn't need. But then, out of the blue, our beloved Collective Troll sent me a package that also included some '71 Topps.

And, naturally, that meant that many of the cards that I received from Doug suddenly had a twin!

The Jim Wynn card up top became this: 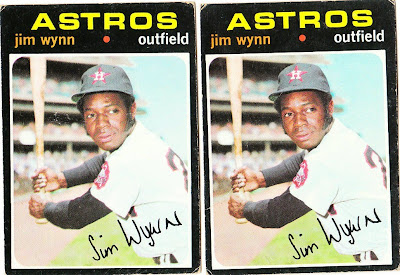 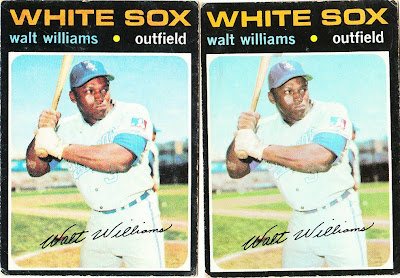 But I do know both have "No Neck." 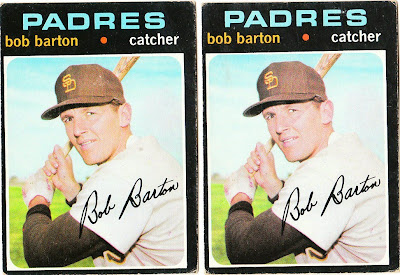 Here are two Black Barts. Or, if you're going to be formal, Bob Bartons. Black Bart's real first name was "Bartholomew." Bob Barton's middle name is "Wilbur." Just thought you should know. 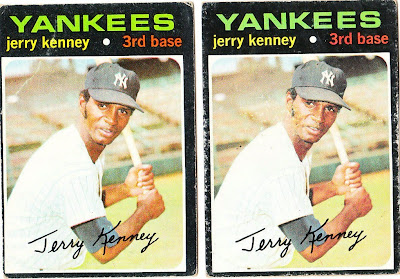 And lastly, two Jerry Kenneys. He's the second guy I think of, after Horace Clarke, when I pine for the days when the Yankees sucked. That was before my time, and I feel robbed of the experience. At least I had the late 1980s.
I'm pleased to own duplicates of these cards and a couple of others. And that's because I know a few folks who are collecting the '71 set, and I'm hoping these can fill a hole or two in their collections. 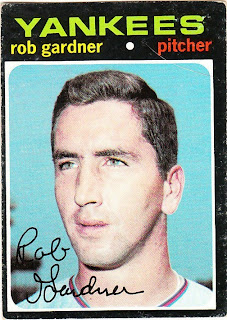 Meanwhile, both Doug and Marck found cards that were unique to each package. Doug sent me this card of Rob Gardner, who was born in the town where I first came to love baseball. Unfortunately, Gardner didn't have anything to do with that. 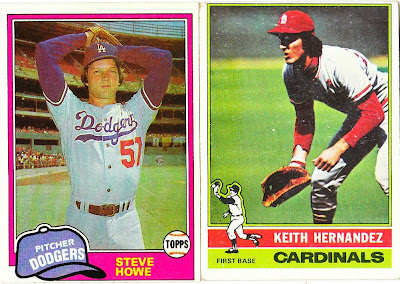 Doug also sent a couple cards for team/set needs. Howe's destined for a Dodger binder. Hernandez is an upgrade for the 1976 Topps set. 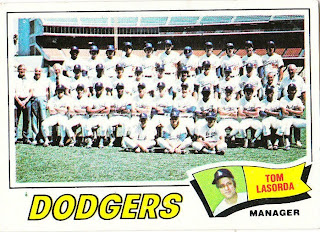 I have wanted this card for decades. My 1977 Dodger team card is a decrepit, poor excuse for cardboard. This makes me much happier. 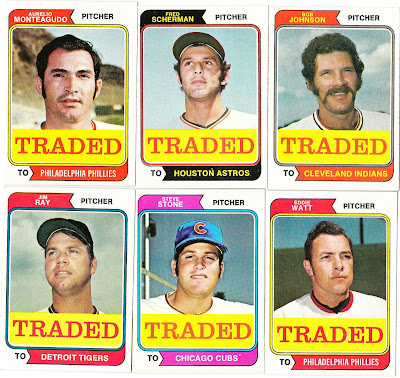 Doug also sent some minty 1974 Traded cards for my upgrading pleasure. Look at all that yellow. It drowns out the airbrushing, but not Bob Johnson's mustache.
Not to be outdone, Troll tackled a couple of 1971 Dodgers needs: 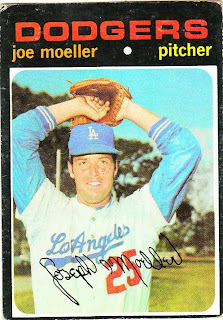 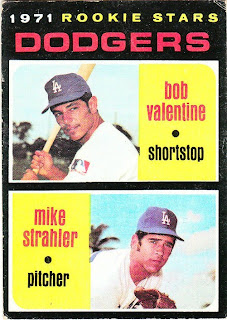 These two fine cards mean I need just Don Sutton and Richie Allen to complete the '71 Dodger set. I figured Allen would be last. It took me forever to find him the first time. 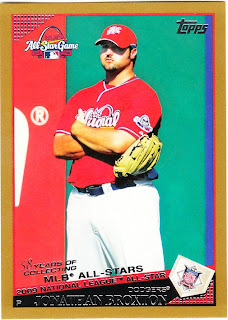 Marck also found the last Dodger card I needed for the Updates & Highlights set, except in gold form. I believe the regular version is being sent to me. When that arrives I will have two cards featuring Broxton in his biggie-sized pants. Those pants would keep some card companies stocked in plain-white relic cards for decades. 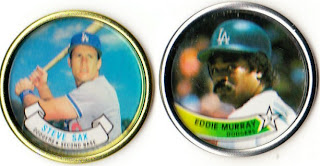 I also received a couple Dodger coins from Marck. I have no idea where folks get/got these coins. They are so foreign to me. 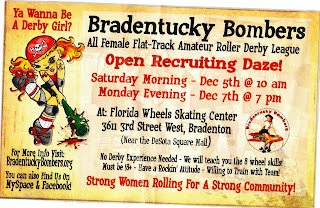 And finally, an invitation to be a Derby Girl! I am honored, Troll, but I don't think I'm the type they have in mind.
As always, thanks a bunch. I'll be working on a stack of cards for Troll this week. Meanwhile, check out his contest. He's a generous guy. In fact, all of you folks rock. Always.
More trade stuff coming!