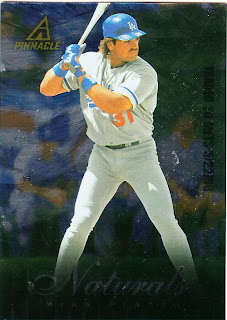 If you are a card blogger, then this has happened to you: you have purchased a blaster, reviewed its contents, and concluded that the blaster would have made another blogger much happier.

That happened to me a couple of weeks ago. The blaster contained two "hits." And both hits -- actually one "hit" and one very nice parallel -- made me think of Bud from First Day Issue. "Damn," I thought, "this is his blaster."

Well, less than a week later, I received a card package from Bud. Somehow, all the way across the country, he heard the blaster siren call. He sniffed it out. And he must have thought, "I better send Night Owl some cards." Which he did.

So, Bud, never fear. Those cards are yours. I'll be sending them out in a week or two. Meanwhile, I need to show everybody the cards you sent me. Because it's a wild-and-crazy bunch. 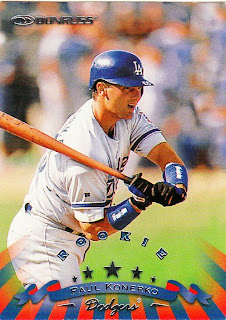 A '98 Donruss of Paul Konerko. A number of months ago, I celebrated my first Konerko Dodger card. I didn't think there could be all that many. Today, I think I have about a dozen Konerko Dodger cards. Maybe more. Silly me. I forgot Konerko's major league debut came in the late '90s. 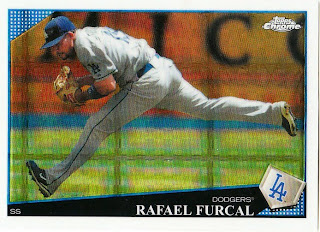 An x-refractored-up 2009 Topps Chrome of Rafael Furcal. This is still one of my favorite 2009 cards. I'm not sure if it will make the end-of-the-year countdown though. 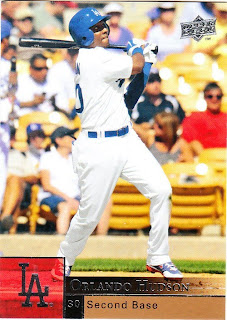 A 2009 Upper Deck Orlando Hudson. That leaves #716 - Hiroki Kuroda - as the last Upper Deck base Dodger I need for the set. I can't believe it's taking me so long. It probably has something to do with the fact that I have had zero interest in the base set all year. 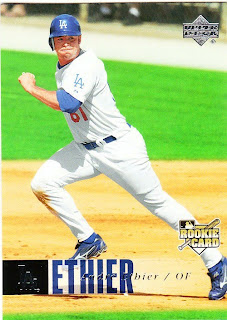 2006 Upper Deck Andre Ethier. This may or may not be the last Dodger I need for this set. I really need to update my want lists. 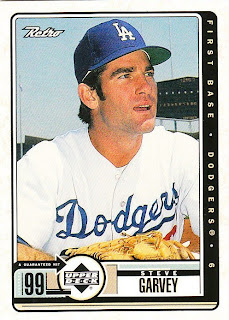 Retro Garvey! I enjoy cards where you can see what time the photo was taken. 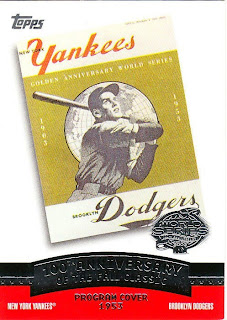 Uh-oh. Here is something for my Dodger collection that I never even considered. This is one of those inserts from 2004 Topps, where they featured every World Series program. The Dodgers have been in a few World Series. That's a lot of insert cards to chase. 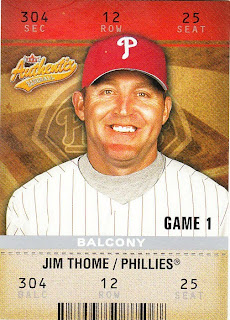 Bud always likes to throw in some random non-Dodgers with his package. And I get to guess why he sent them. This is an easy one. Thome had a short-lived stint with the Dodgers this past season. I'm hoping there is a Thome Dodger card next season. 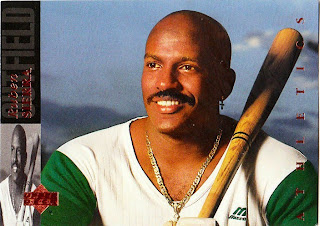 I think I can guess this one, too: this is Bud's entry into the "I'm Badass and You're Not" club. Sierra has a definite "look" on this card. But Sierra had some issues, too. So I'll have to think about that one. 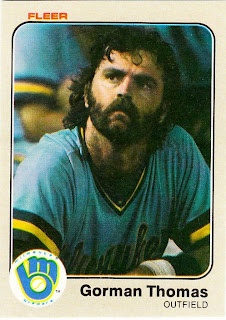 Here we have a certified member of the bad-ass club. But this is where Gorman steps over the line from "bad-ass" into "psychotic freak who lives in the woods." 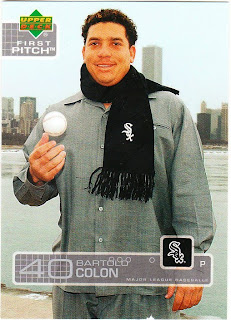 This one has me stumped. No one who wears a scarf is bad-ass. And GQ-like photos on cards annoy the heck out of me. So I'm going to say Bud sent me this card for the insanity of it all. 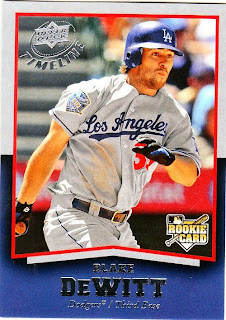 I know why I have this card. It was on my want list! Love the Timeline. Wish it was returning. 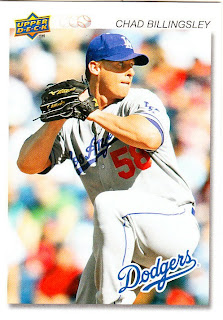 And with the Billingsley card from Timelines' variety-filled set, I need just nine more Dodgers to finish off the set! Weeee! Every time I visit the card aisle I'm tempted to buy every Timeline pack in the feeder box. Ending up with 14 Randy Johnson base cards is worth it, right? 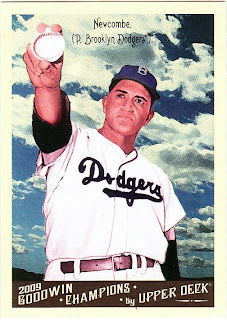 The grand finale. The Don Newcombe short-print card from Goodwin Champions. I knew this card was coming. It means I have all the Dodgers from the set. And I can quit buying Goodwin packs -- unless I want to chase variations, which is highly unlikely.
Bud, I don't know how you knew I found some cards for you, but they'll be on their way.

Dubbs said…
Yes, the Gorman Thomas card is only missing a forehead swastika "tattoo". One of my favorites, however.
November 23, 2009 at 9:46 PM

The Notorious B.U.D. said…
It's like a bell starting ringing in my head after you opened that blaster, or maybe it was my concussion from the afternoon touch-football game, but either way, I knew some Dodgers needed to head East.

No real explanation for the Bartolo, other than I hoped you would be able to enjoy its absurdity.