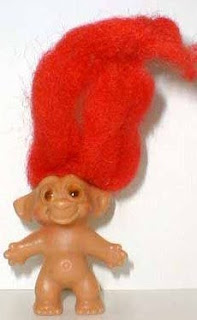 You remember the old troll dolls from the 1960s and '70s don't you? I never got into them as a kid, but they were quite the fad with some of the girls I knew growing up.

Now they spell it "Trollz," and the dolls are cartoon stars and quite a bit more girlish than I remember. They certainly don't look like the doll picture here.

But I'm going with the Old School Troll, because The Collective Troll sent me an old school card package this week. Except for a single Toppstown card, no card in the package was born after 1982. Those are my kind of cards.

I already showed you the best card out of the package. Still can't get over that I have that Cey rookie card in my possession. But Marck hit a number of other old school wants, as well. Many of the cards came from the 1981 Topps set, which I am slowly closing in on completing.

I received 14 cards from my wants, which means I need just 21 cards to finish off the set. That is, if I can trust my want list.

Here are the fine vintage cards sent by the Troll: 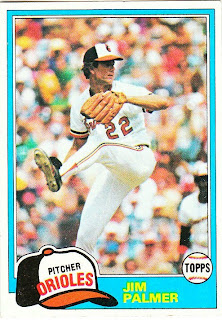 I'll start it off with one of the premier pitchers of the time, Jim Palmer. My Orioles are severely lacking from this time period, because I have a brother whose favorite team is the O's. All my O's went to him. 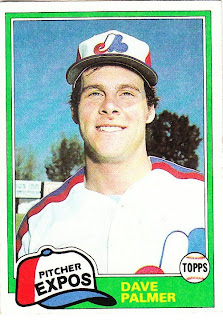 Another Palmer, who made less of an impact. He did grow up not far from me. And he once threw a 5-inning, rain-shortened perfect game, that has since been removed from the major league record books as an official no-hitter. 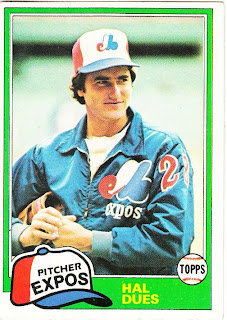 This player appeared in just two sets -- 1979 and 1981 Topps. Even though I collected plenty of cards each of those years, I never acquired the Hal Dues card. So, as far as I was concerned, he didn't exist. To this day, I know nothing about Hal Dues, which is very odd for players from that era, which I followed avidly. I guess I have some catching up to do on Hal. 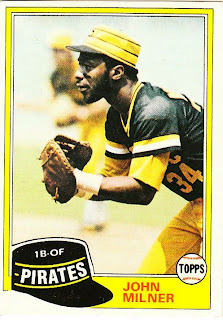 I wonder how difficult it was to make the Pirates cap drawings square on these cards. I can hear the artist grumbling. 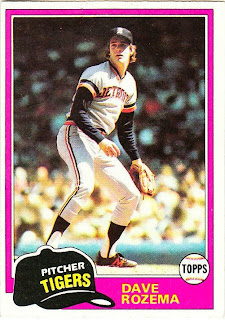 Dave Rozema and Mark Fidrych were supposed to be mound fixtures for years for the Tigers. Didn't happen. Good thing Jack Morris came along. 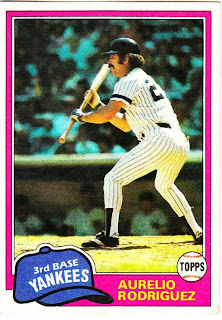 I once interviewed Aurelio Rodriguez's son. He was a minor league ballplayer in the Indians organization. I like this photo because it gets across how vulnerable a bunter is -- turning and facing a 90-mile-an-hour fastball. 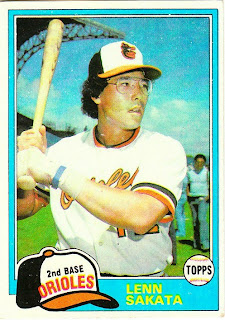 The Orioles loved players who couldn't hit. Go ahead, look it up. There are .227 batting averages all over the place. Yet, somehow, they still managed to win in the '70s. I'm thinking of the 1979 postseason, specifically. Every time you looked up, John Lowenstein or Terry Crowley was getting a hit. Timing is everything, I guess. 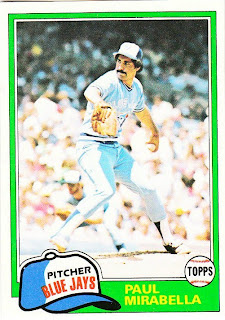 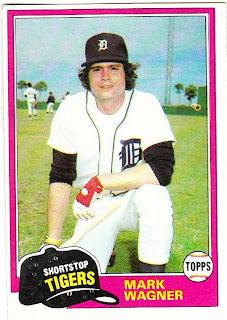 More players who have failed to register in my consciousness. I'm sure I have six or seven cards of each player. Yet I know nothing. 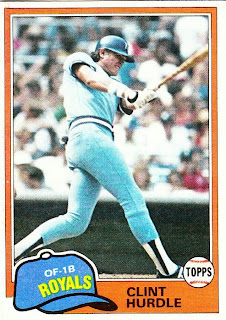 The man who managed the Rockies to a World Series and then suddenly lost the ability to manage two years later. I'll never figure out how that happens. 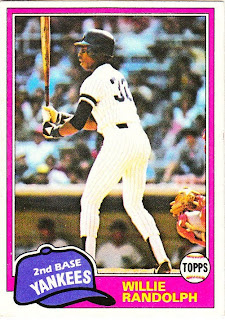 Willie Randolph always got good photos for his cards. It's that whole Topps bias thing toward the Yankees. Yeah, I know Topps is based in New York. But you can't tell me that the company isn't filled with Yankees fans. 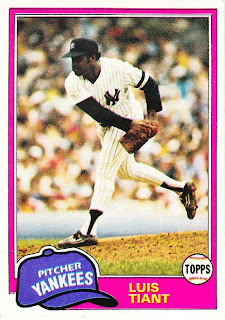 More Yankee action, this time of El Tiante. I see Marck also sent this card to Wicked Ortega. Stocking up on the '81 Topps Tiants! 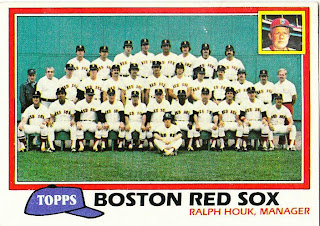 Last 1981: always nice to get a team card out of the way. This is one of the few Red Sox team cards of the time that didn't have a floating head of a player who could not make the team photo.
Marck also sent some vintage Dodgers for my Dodger binder, which I also appreciate greatly. 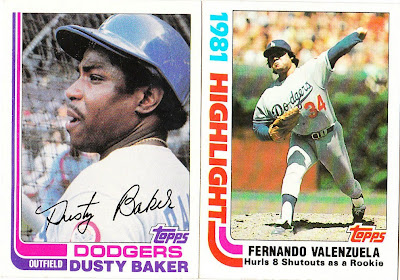 Here are two Dodgers from the "hockey stick design," 1982 Topps. Yes, that is what I am officially calling this set. 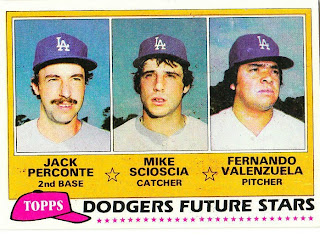 Another 1981 Topps card, the rookie card for both Scioscia and Valenzuela. I still need to work on getting that Valenzuela traded set card. 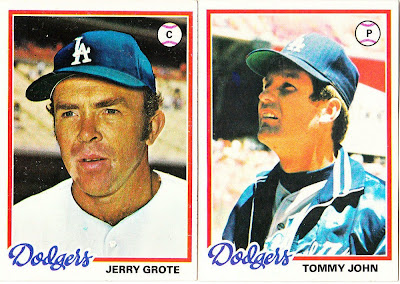 I am down to needing one Dodger to complete the '78 team set after getting these two guys.

And these three cards wiped out my 1976 Dodgers needs. I needed an upgraded Manny Mota card BADLY. 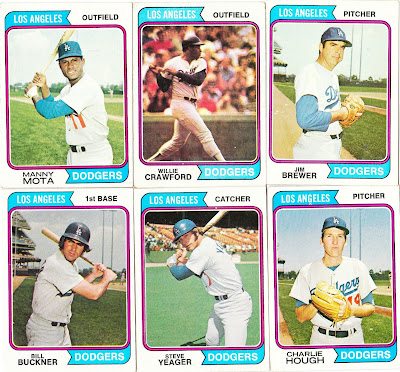 How about some great Dodgers from the 1974 Topps set, the very first card set I ever saw? All of these were needed. 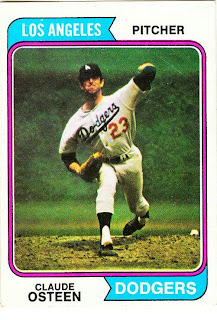 I'm featuring two of them separate. One is one of my favorites from the '74 set. The last card of Claude Osteen in a Dodger uniform. I believe Claude is pitching in Wrigley. Looks gloomy. 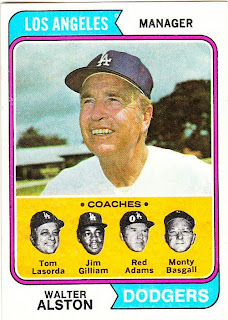 And here is the final card, the last card of Smokey (excluding the 1975/1976 team cards). You've got to love the floating heads.
Marck, a major thanks. Doing it up old school is always the right move. I can't wait to fill the holes in my '81 Topps binder.

Hackenbush said…
The Osteen looks like it was taken with a telephoto from 3 blocks away.
November 14, 2009 at 3:58 PM