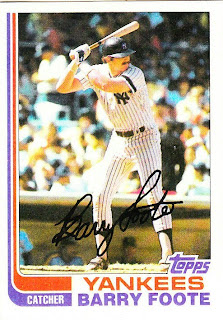 I went to the dollar store yesterday.

There are probably 15 to 20 dollar stores within easy driving distance from where I am, but I think by now everyone knows which store I'm talking about when I say I went to the dollar store.

It means I went to the dollar store with BASEBALL CARDS!

I was there to pick up some prize winnings for zman, who won my 700th post contest. But as usual, I have to grab a few cards for myself.

The football and basketball cards have taken over the whole card display at the store. They're like cancer cells, growing unchecked, burying the baseball cards all the way to the back of the display. But they do not deter me. I still leaf through all those bags for as long as it takes, until it's freakishly obvious that the dude with the baseball cap over there has been standing in front of the same display for 40 minutes. I swear he has not moved. ... But don't get your granny panties in a bunch, ma'am. And don't call the manager. I will be buying something. In fact, you may have to restock.

When I knocked aside all the football and basketball bags (don't worry, I put them back), I found the usual good stuff, mostly mid-90s cards. There were a few junk-wax era bags, 1990 Donruss, mostly, and a bunch of 1992 Upper Deck. But I also found something that I hadn't seen much of in my previous trips.

They always find a way to keep me coming back. 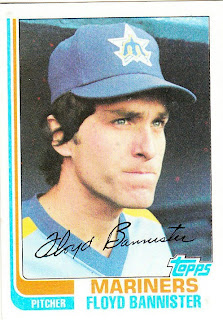 Floyd Bannister looks like he's trying not to tear up as he tells the story about how his dog died last night. 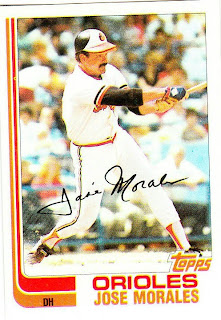 The Orioles and Dodgers sure knew how to use their pinch-hitters. Morales was such a good pinch-hitter for the Orioles that I thought he would make a good Dodger. And then the Dodgers went and acquired him. 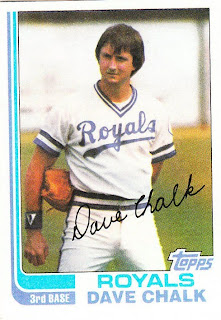 Dave Chalk is featuring a hairstyle that every boy in my class had in 1981. He seems quite proud of it. We were, too. 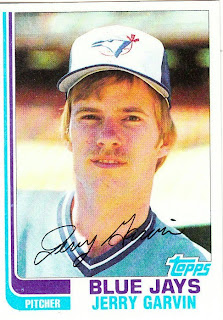 I adopted the Blue Jays as one of my favorite teams when they first started. I eventually grew to dislike them, but in the early days, I wanted the Jays' young expansion pitchers, like Jerry Garvin here, to become stars. Dave Stieb was the only one who didn't let me down. 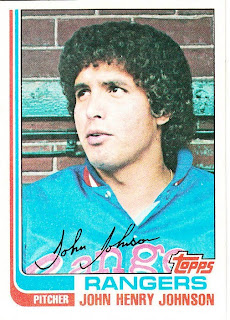 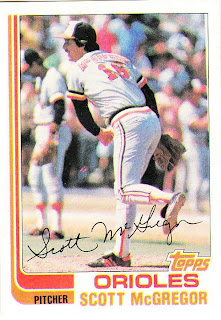 A star of the '83 postseason. The Yankees let him get away. Hee-hee. 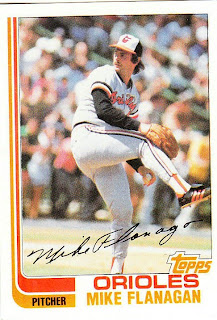 One of my brother's favorites. Flanagan, I believe, is still a front office guy, although I don't think he's making decisions with the Orioles anymore. It's hard to figure out what's going on in that organization. As a Dodger fan, I'm starting to feel the same way about my own team. 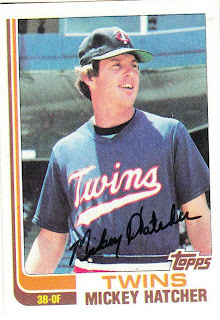 Mickey Hatcher, during his exile with the Twins. He did have his best seasons with Minnesota, but he had to come back to the Dodgers to win a World Series title. I felt a bit sorry for him after he left the Twins, because the team went and won a World Series the next year. But then Hatcher and the Dodgers won the title the following year. Problem solved. 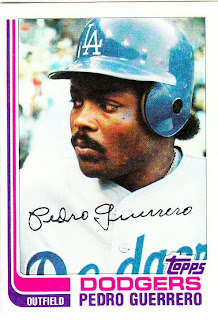 Finally, the last Dodger from the 1982 flagship set that I need for the Dodger binder. Woo-hoo! This card would have been worth a dollar in itself. Instead, I paid 11 bucks and got like 300-400 cards.
I love my dollar store.
Meanwhile, I've added the 1982 Topps set to the "Define the Design" part of the sidebar. It is now the "hockey stick" set. 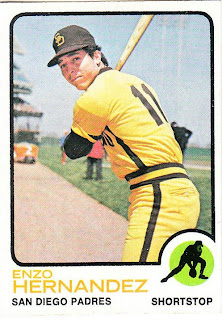 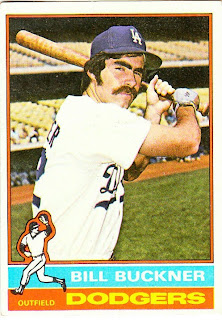 I'm still taking suggestions for the 1976 set. This seems to be a tough one.

jackplumstead said…
I too am jealous, my dollar store (or in my case pound store) sells washing up liquid, cheap DVDs and crappy christmas decorations. I still live in hope that they will one day, by accident, stock baseball cards and they will be mine..all mine...hahahaha.. sorry about that.
November 15, 2009 at 3:39 PM

Anonymous said…
I have about 55 doubles from the '82 set I'd be willing to trade you for something. Not sure what, but something... if you're interested.

Jim from Downingtown said…
What a wretched-looking Padres uniform on Enzo Hernandez! How can they look so bad, when the Oakland A's gold and green uniforms look so good?
November 15, 2009 at 9:26 PM