What are we going to do without Bob Lemke? Every so often -- more often than my card-collecting ego would like -- I receive some cards in the mail from a fellow blogger and out spills a card that baffles me.

It's usually a card from the 1990s. Because I still don't have a grasp on that decade.

But I have an answer for my confusion. I haul out the 2009 Standard Catalog of Baseball Cards (or sometimes pop in the CD, but I admit I remain attached to actual books) and find my answer 99 times out of a 100.

Thank goodness the late, great Bob Lemke helped create this invaluable research publication beginning in 1988 (and my late, great mother-in-law purchased the 18th edition for me back in 2010). I would be much less knowledgeable about cards if I didn't own this publication.

I'm sure the series will continue without Lemke -- he had stepped down as editor after 2006 anyway -- but you know how things get when the passion behind a project disappears. You wonder how long that enthusiasm will continue with others in charge.

Besides, have you seen the crazy amount of cards being issued these days? How is all that going to be documented in a reasonable-sized volume? When we're chronicling Topps Now 23 in 2030 -- which has ballooned to 110 cards issued every day -- how is any collector in the future going to figure out what the heck they are holding?

I don't envy those future collectors. I barely keep up as it is.

Anyway, the card that made me pull out the Standard Catalog again arrived from Charlie of Lifetime Topps Project. He sent some cards that he said he had pulled for me about a year ago -- probably after consulting my since-disappeared want list -- and just about all of them came straight from the '90s. 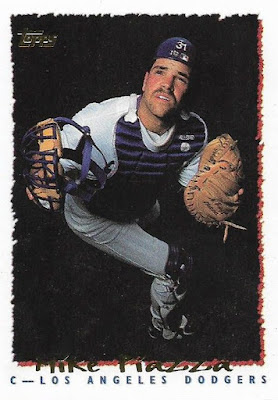 This was the stumper.

I recognized the card as containing the 1995 Topps design. But knowing the familiar squatting stance of the '95 Piazza, this was not that card. The darkened background resembled the "Spectralight" parallels from that year, which also baffled me. 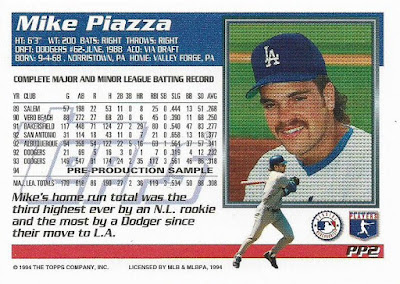 Turning the card over helped clear things up a little. I totally missed the "Pre-Production Sample" line where the 1994 stats should be, but I did see the "PP2" card number.

Having been previously stumped by pre-production '90s cards earlier, I guessed that it was indeed a pre-production. But I definitely needed to go to the Standard Catalog to confirm.

The other '90s cards in the package didn't throw me as much as that Piazza card. 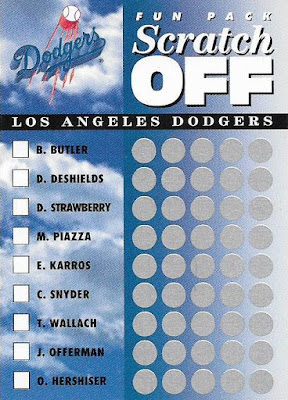 Although having never opened a pack of 1994 Upper Deck Fun Pack, I was not aware that each pack contained a team scratch-off card ... until I looked it up in the Standard Catalog. 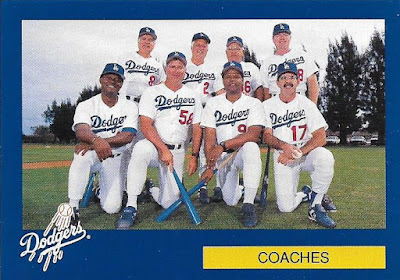 Where the Standard Catalog comes up short is in the team-issue area. There actually are plenty of team-issue sets documented in The Catalog, but I haven't been able to find Dodgers Police sets mentioned.

The Police sets themselves don't cooperate as there are never date copyrights on these things. So I have to guess at the year by seeing which players and team members are included in the set.

I've narrowed this one down to 1995. Charlie sent the whole set.

Just about everything else in the package I can rattle off: 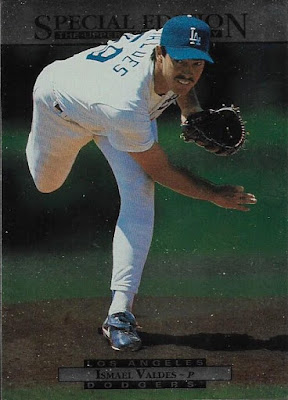 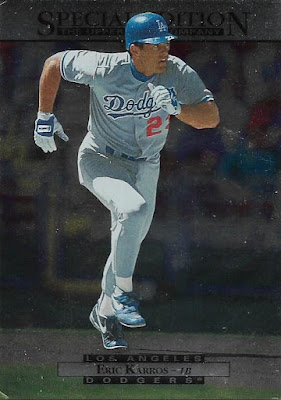 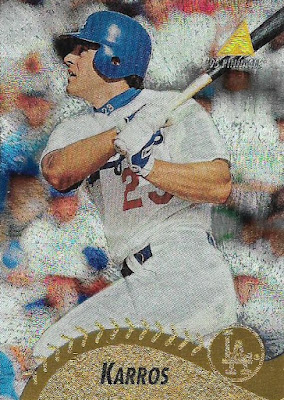 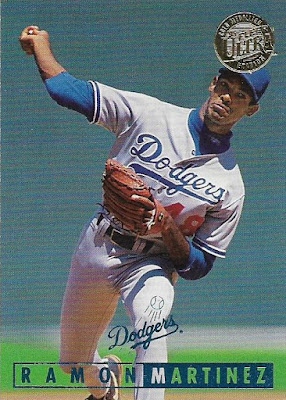 A 1995 Fleer Ultra gold medallion parallel with the medallion stamp placed almost as poorly as some of those current Topps buyback stamps. 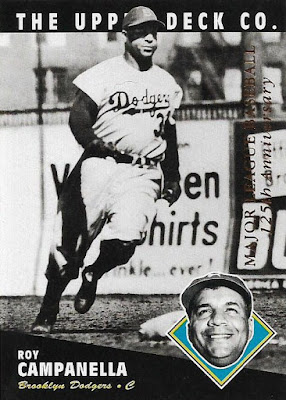 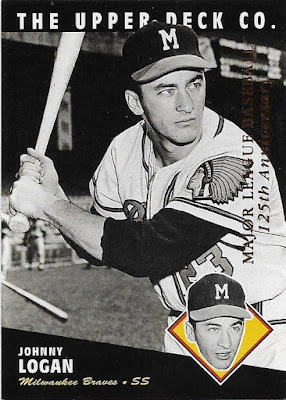 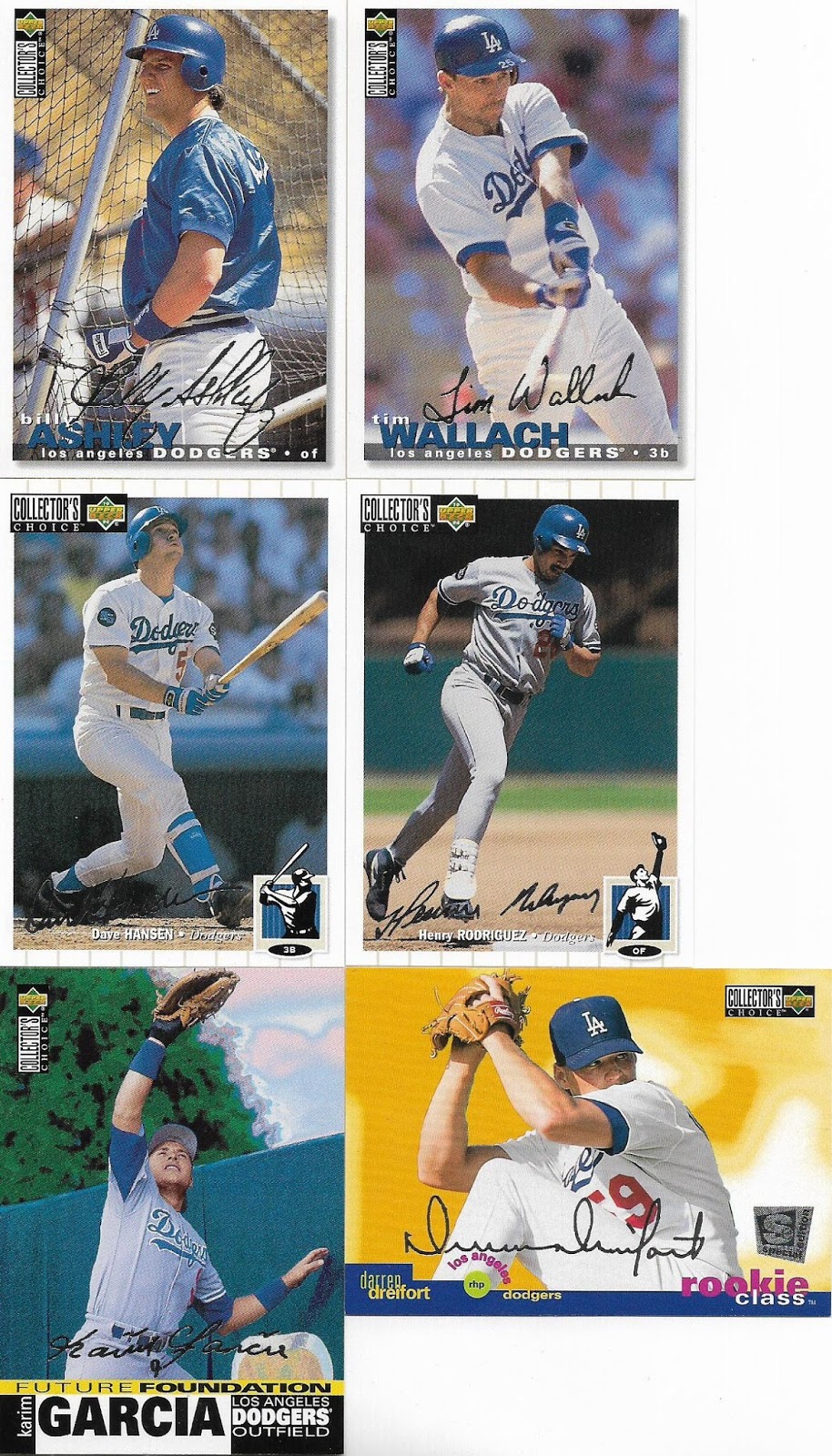 And, of course, the famous signature parallels of the '90s.

What a world we created for ourselves back then.

There actually were a couple of regular, old base cards that I needed. 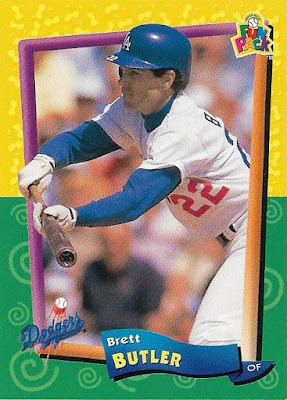 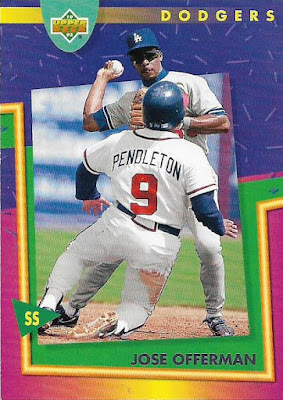 A couple of the Upper Deck Fun Pack cards. These have been weirdly elusive. 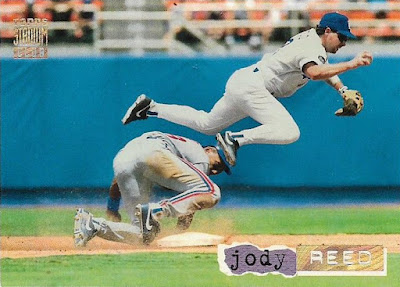 But then back to the parallels with a "rainbow foil" Stadium Club parallel from 1994. 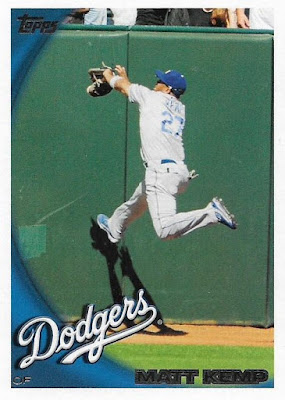 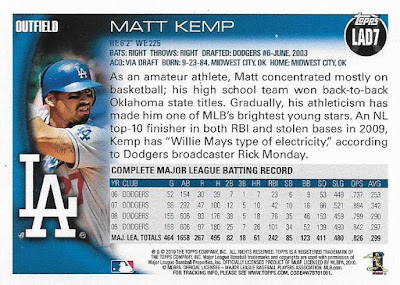 It is my hope that the Standard Catalog of Baseball Cards will continue to reign supreme in the collecting world, even with all the Topps Now insanity and the constant parallels.

But whoever is running that show in the future, my hat is off to you.

carlsonjok said…
Another missed member of the community is Chris Stufflestreet. I still remember his depth of knowledge. But, I mostly remember his generosity.
September 25, 2017 at 8:12 PM

Fuji said…
I own the 17th version... and use it at least once a month for either blog posts or for personal knowledge. If it was smaller, I'd probably keep a copy in the bathroom or on the coffee table.
September 25, 2017 at 9:26 PM

Billy Kingsley said…
Not to take anything away from Bob Lemke, but the Trading Card Database has all that you seek...for every sport and non-sport, not just baseball. And over 2 Million different cards have scans, too. (More than 70,000 of those scans contributed by me)

It also connects the people to a listing for them even if it's not in a baseball set. I just posted the checklists for the Hallmark sets of 2003-05, each of which contained at least one card of a baseball, basketball and football player. If you look at their listing, you will be able to see every card they have, not just the mainstream cards. The Police sets are usually there already too. None of the Hallmark cards were Dodgers, though.
September 25, 2017 at 9:52 PM

Commishbob said…
I was just thinking about him yesterday I believe when one of his faux cards showed up in a Twitter post. He'd get my vote as a "Mt Rushmore of the Card Hobby" face. Chris Shufflestreet was the first 'friend' I made when I was getting back into collecting and dabbling with blogging. Didn't know me from Adam and yet he answered my emails like an old friend.
September 25, 2017 at 10:40 PM

Old Cards said…
Thanks for the tip on the Trading Card Database. Just checked it out. Great website!
September 26, 2017 at 8:03 AM

GCA said…
The catalogs have divided into the "Vintage Cards" book that has been issued a couple times now. That one is good for a while since they don't change much. But where is the "modern" book??? There has been no reference for oddballs for years (except for TCDB) since Beckett only lists the basic stuff. Where is the tangible book that lists 2004 Timeless Teams and 2005 Black Diamond redemptions, etc.?

BobWalkthePlank said…
For some reason I've been mentioning Collectors Choice a lot lately on my blog. I must secretly miss those signature parallels....
September 26, 2017 at 9:28 AM

tomrobak said…
Yes we will miss Mr. Lemke's input to the Standard Catalog, but remember also his articles, his blog and his custom cards. We all miss this hobby legend.
September 26, 2017 at 1:08 PM

Anonymous said…
Glad those cars made it there! I haven't been into cards much the past 6 months or so, but I do check out your blog still as much as I can. I was doing some Spring Cleaning (in the Summer) and realized I'd pulled those cards quite a while ago.

Got to agree on Bob Lemke and the standard catalog. I found that a great resource and liked the blog he kept after he retired.
October 4, 2017 at 2:54 PM