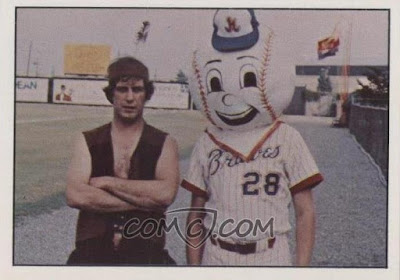 I discovered this card today. September is going to be a pretty good month, I think.

It popped up during my ongoing research for the Greatest 100 Cards of the 1970s, and, yes, I am now involved in an inner philosophical struggle about whether this card belongs on that list.

It's moments like this that keep delaying me from kicking off this countdown. Somewhere on this blog a month or two ago I believe, I promised a debut for this series before the end of August. That's not going to happen, obviously.

But to show you how close I am to debuting the countdown, I pulled five cards that I thought were definite contenders for the list, but did not make it.

Let's see those cards so you can be as outraged as I was: 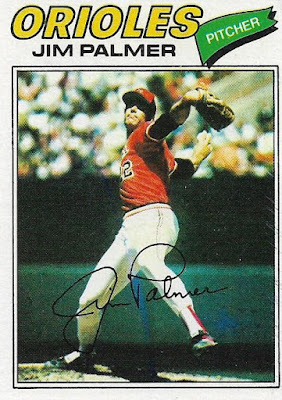 I've loved this 1977 Topps Jim Palmer card since I was 11 years old. The wild action, the gorgeous orange jersey and cap, the shadowed hurler. But objectively, the 1976 Topps Palmer is even better ... and even that card didn't make the final cut. 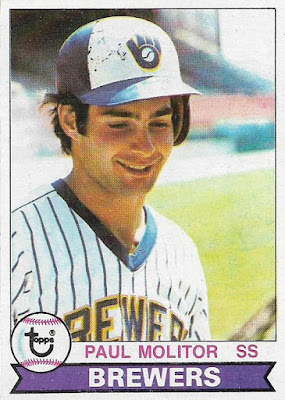 Some of the 1970s rookie cards are iconic. This actually isn't Molitor's rookie card, but it's his first solo card and it definitely holds some power. Some cards just have "importance," and I think this one has some of that. Not enough though. 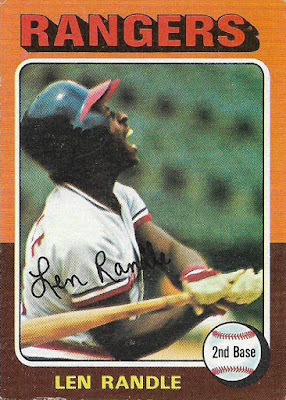 In compiling this list, I've had to silence the 9-year-old kid in me. I don't care if he thought this was the greatest card ever made. I'm trying to hold at least a little objectivity here. This Randle card is definitely unique, but it's not even the best Randle card of the '70s. 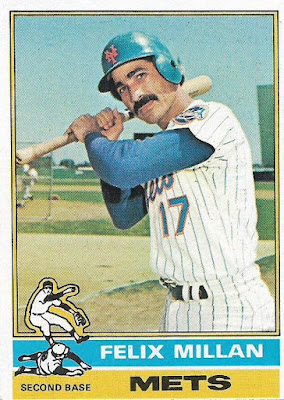 This one surprised me. But then I saw that Millan had virtually the exact same pose (and hand-bat placement) on his 1970 Topps card. Sure, there are extra points for the mustache, but originality is key. 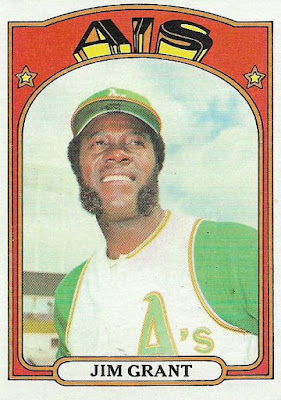 I currently do not know why I cut this card from the list. It's entirely possible I wasn't aware just how far Grant's mutton chops traveled down his face. I may have to re-evaluate.

That probably means another slight delay.

But don't worry! I'm so close to finishing this that I KNOW the countdown will start before the end of the month.

In fact I guarantee it.

No '70s Countdown by the end of the month and I hold a card giveaway.

See? Now you're conflicted, too. 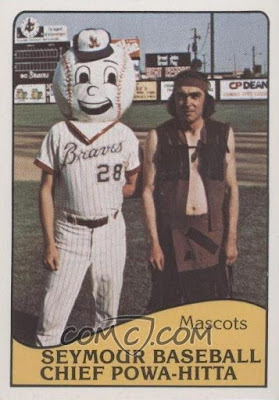 Unknown said…
Oh my... I thought I was looking at a Braves player who'd scalped Mr Met and sacreligiously wore his head while standing next to some Deadhead who showed up at the wrong venue for a concert. Those are the awesomest baseball cards this side of Glenn Hubbard and his snake.
September 1, 2017 at 11:41 PM

Nick said…
Not sure how to feel about those minor league cards (I have a feeling they'll be winding up in my nightmares soon enough) but I'm definitely looking forward to the '70s countdown!
September 2, 2017 at 1:18 AM

Anonymous said…
I laughed when I saw those Richmond Braves cards; they've been on my want list for a year or two just because they're so, so very wrong in so many ways.

RAZ said…
I am personally offended that Randle and Grant didn't make the list. There must be some great cards on the list if those got bumped.
September 2, 2017 at 12:29 PM

Fuji said…
Can't wait to see your Top 100. This will be a lot of fun. I love that 77T Palmer... but then again... I'm a sucker for well cropped action shots. And both of those oddball mascot cards are fantastic. Can't wait to see if one of them makes your list.
September 3, 2017 at 2:23 AM