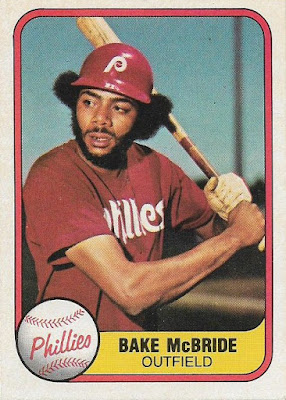 I haven't counted the number of binders I own lately. A quick run-through in my brain says somewhere between 70 and 80. Almost all of those binders are double-bagged (two cards per pocket) so that tells you how many cards I think are special.

The majority of the cards in my binders (with the exception of the Dodgers collection) are part of completed sets or sets I intend to complete. If the card isn't part of a set I want to complete or a Dodger, there's a good chance it's going in a box.

When I add cards to a binder that is not yet completed, I will usually organize the set by team. My completed sets are organized by card number. Putting an incomplete set together by team is just an easier way to store them when a set is not finished.

When I start to get really serious about trying to complete a set, I'll put what I have of it in order by card number and leave blank spots for the cards I don't have. I did that recently for the 1981 Fleer set. 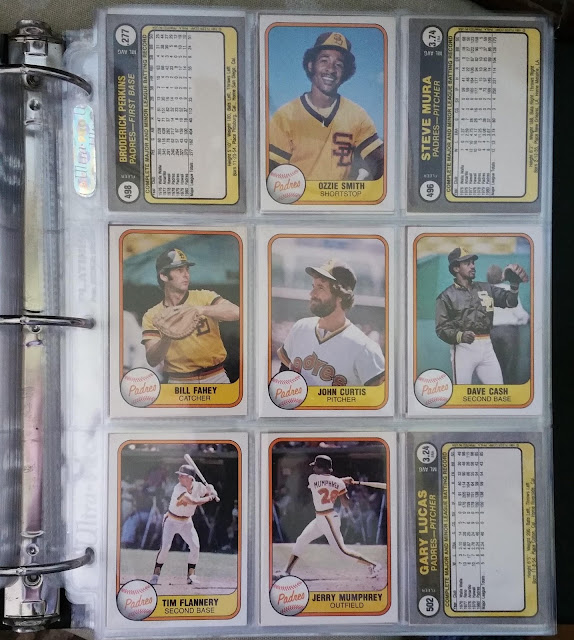 You can see the evidence of double-bagging with the card backs showing for some of the pockets.

I don't even have a 1981 Fleer want list up yet, but storing the cards in the binder this way tells me (and you) that a want list is coming. I am definitely planning to complete the set if I'm organizing the cards like this.

That's basically all there is to my binder rules:

If the cards are in a binder, I have completed or intend to complete the set.

If the cards are in a binder, they are Dodgers.

But recently I violated that rule with a set that I never intend to complete.

Tell me if you've ever done this:

That works quite well. Even though they're not as protected as if they're in pages and even though I go through them a lot, I don't mind if they get nicked up a little. They're not my most favorite cards. It doesn't matter.

Except if it's 1990 Score. Nicking up those cards drives me crazy. 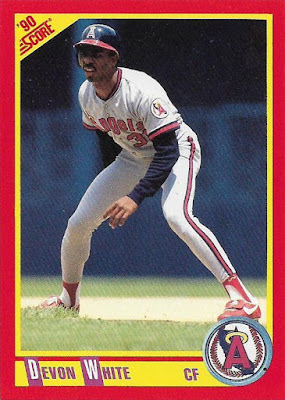 Out of all the non-black bordered sets, dings and nicks show up on 1990 Score more glaringly than possibly any other set. I don't look at the 1990 Score cards I own much because, really, who cares. But whenever I happen to come across them, I am always noticing dings on the corners or paper loss on the edges. The bright-colored borders really show them off.

Finally, I had had enough. 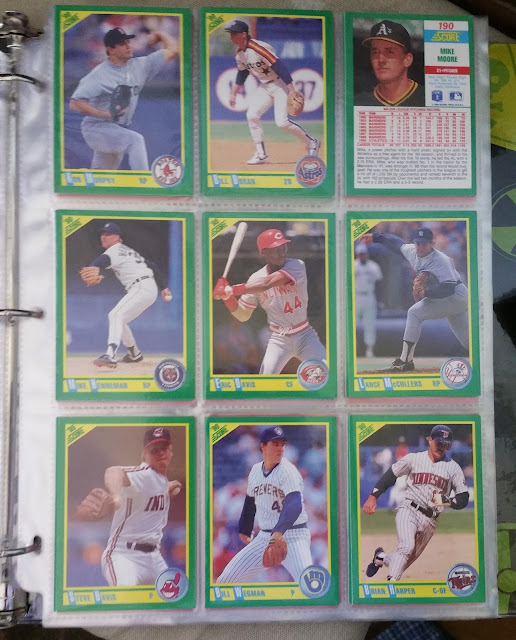 To part of my brain, this is beyond stupid. I don't care about this set, I have no intention to complete it. Green-and-yellow together makes me irritable and scrunchy.

But not nearly as irritable and scrunchy as seeing nicked up cards sitting in a box.

Because I don't have any attachment to this set, I didn't want to spend much for a binder. I just went to the dollar store and grabbed the flimsiest, most appropriate thing I could find. 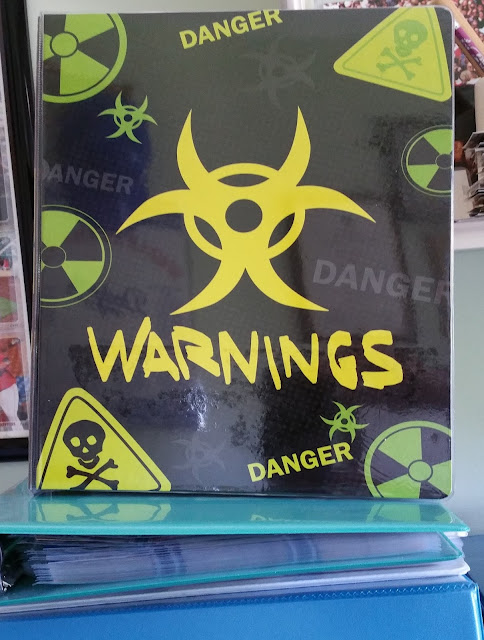 But I don't intend to complete that set either. So one thing at a time here when I'm breaking my binder rules.

Josh D. said…
You should put the warning picture at the front of the post. Some of us work really hard to avoid 1990 Score, and then it just shows up in what we think is a Bake McBride post!
September 10, 2017 at 8:09 PM

capewood said…
Poor me, I bought boxed sets of 1990 and 1991 Score when they were new. Most of them are in boxes, just Phillies and players I like are in binders. I can't say I ever noticed a particular tendency of these cards to get nicked up. They are both pretty common in repacks.
September 10, 2017 at 8:52 PM

acrackedbat said…
i'm having this problem with my 70s binder. Baseball and non-sports cards from the late 60s are trying to slip themselves into binder pages not intended for them. I will not create a 60s binder. The Battle of the Decades will not be won easily. Evel Knievel is the current challenger.
September 10, 2017 at 9:40 PM

Old Cards said…
Like you, my incomplete sets are organized by team. Most of my cards are Topps, because that's what I grew up collecting. I have several 1981 Fleer and they are my favorite non-Topps. I have "scores" (pun intended) of Score cards and they are all in boxes along with most of my 80's and 90's. The influx of cards in these decades watered down the hobby and my interest. Therefore, almost all of my binder cards are 60"s and 70's.
September 11, 2017 at 7:53 AM

GCA said…
Wow, I thought my non-sets (tradeables) were over-organized just being sorted by company and then maybe numerical order if there are a lot of one product. But by team and then alpha by player? Whew! Maybe after I sell off 2/3 of my dupes at next weeks local show. :)
September 11, 2017 at 8:27 AM

Fuji said…
70 to 80 binders? I'm sitting at around 40 and I've completely run out of room on my bookshelves. When it comes to my sets, I'm like you and enjoy putting my favorites into binders. Unfortunately, all of my sets (in binders) are sitting in boxes due to lack of shelf space. One day I hope to own a larger place with a room dedicated to my hobbies. If that ever happens, I'll be dedicating several book shelves to my binders.
September 11, 2017 at 10:08 AM

Nick said…
To be fair, 1991 Score would look pretty darn cool in a binder with all those wildly different-colored borders. And you're definitely not alone in binder numbers: I think I had 78 the last time I checked.
September 11, 2017 at 11:17 AM