Where are they now? Cards from 3 months ago 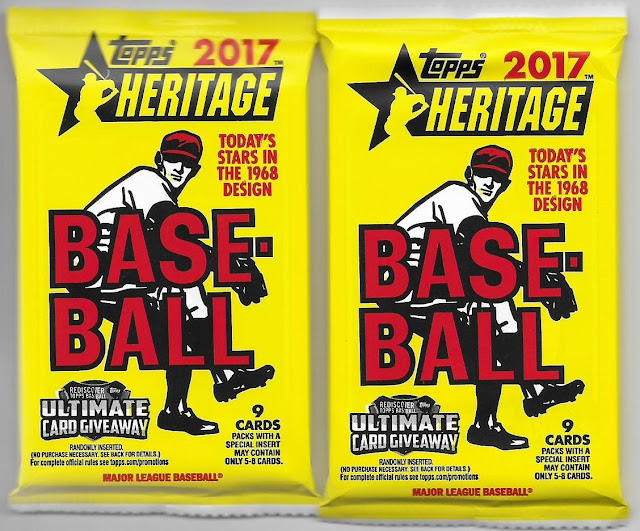 I received two packs of 2017 Heritage from my daughter for Father's Day. I kind of dropped a hint that we don't need no stinkin' flagship in the house no more and she wisely selected Heritage.

The packs were underwhelming. Let's face it, Heritage isn't going to be interesting again until 2020. If I was collecting the set though, they would have been pretty good packs. I pulled just four doubles.

But what I noticed the most from these two packs is how many players are no longer with the teams shown.

Out of the 18 cards in the two packs, eight players aren't playing for the team Heritage said they were playing for three months ago.

It's a tricky situation selecting teams for players, and I get the feeling it's getting trickier all the time. Somebody needs to measure the rate of transactions over the years and see exactly how much it's increased.

Here are the players out of those packs that aren't playing for the team shown: 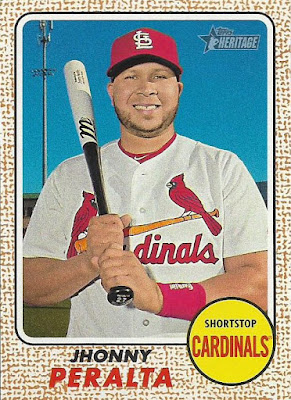 Jhonny Peralta. Designated for assignment for the Cardinals. Just signed to a minor league deal by the Red Sox today. 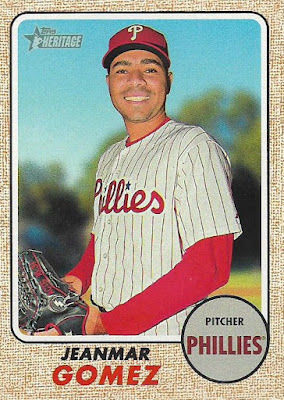 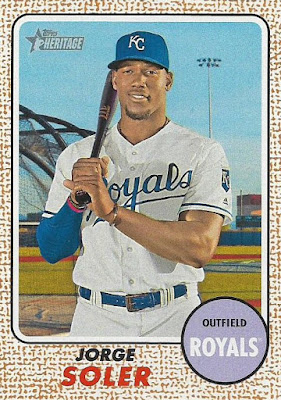 Jorge Soler. Sent down to Triple A Omaha by the Royals on June 3 after batting .164. 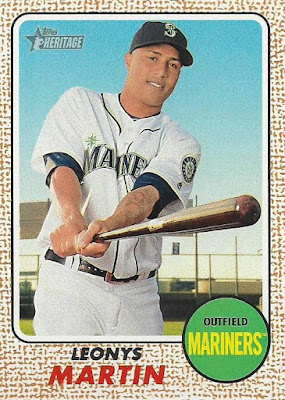 Leonys Martin. Has been playing for Triple A Tacoma this season. 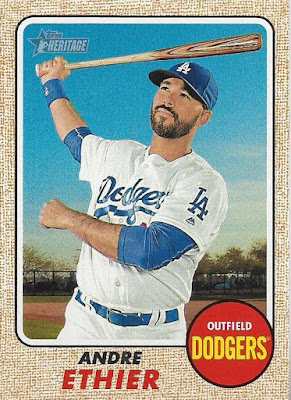 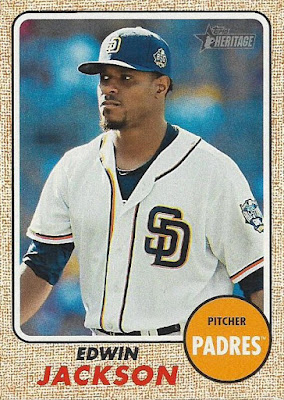 Edwin Jackson. Has been with two teams since the Padres. Pitched in the minors for the Orioles, was just signed by the Nationals on a minor league deal.

I didn't scan the doubles out of the packs, but neither Trayce Thompson (Dodgers) or Garrett Richards (Angels) are playing for their Heritage teams.

Here are the guys that are still playing with their Heritage teams (also includes doubles Jason Castro and Brandon Crawford that I didn't scan): 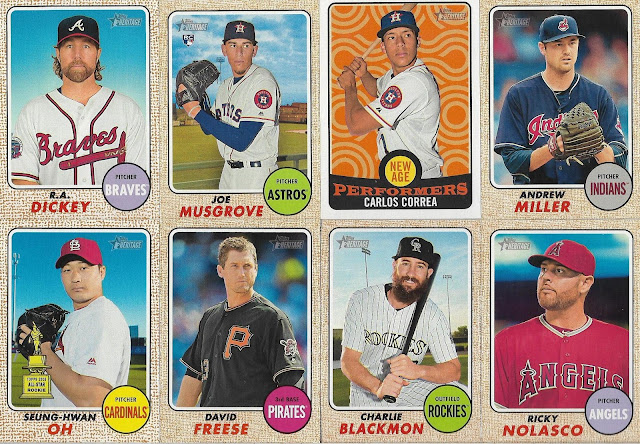 Even some of these guys are tentative. Musgrove has been DL'd recently and hasn't pitched great. It's only a matter of time before Ricky Nolasco disappears from the Angels starting staff.

Charlie Blackmon, of course, is the lone SP in the group because all of the superstars are stashed in the SPs these days, which is probably the big reason why Heritage packs are filled with so many iffy dudes.

Anonymous said…
Edwin Jackson pitched in 3 games for the O's, which was the 12th team he's pitched for. Unfortunately, he'd already pitched for the Nats earlier in his career, so he's going to have to move around some more to tie Octavio Dotel with 13 teams.
June 23, 2017 at 11:02 PM

Henry Blanchette said…
The Musgrove is a rookie variation card, somewhat rarer than the rookie star base card
June 24, 2017 at 9:23 PM