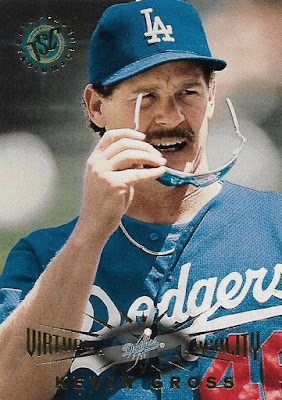 I'm warning you, I'm too tired today to be creative. And I'll probably be so tired tomorrow that I won't post. This is nothing that I want to do. I think you know if I had my way completely, I would post five times a day and get paid to do that and nothing else.

But, dammit, people who don't care about baseball cards are the worst. Their priorities are all screwed up.

The people who do care trade with me. And they're the best kind of people.

So let's get to the rest of the cards that GCA of The Collective Mind sent to me. This is the baseball portion of the package -- or what I so creatively titled as "The Baseball Stuff". ... sigh ... I want to go to sleep so, so much. 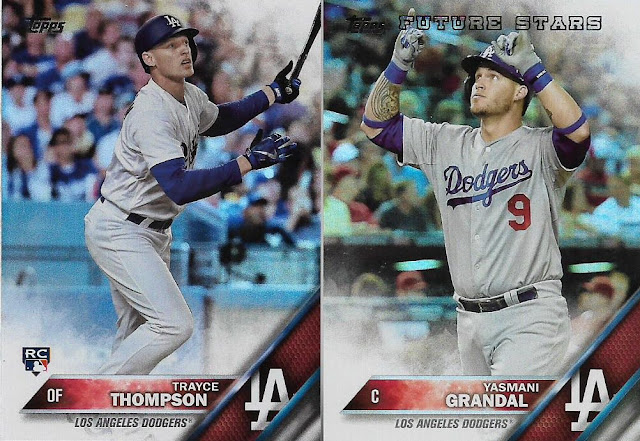 I will start with what I am now calling "necessary-but-not-sufficient" cards. These are foil parallels from last year. If I were told I had to throw out some of my cards tomorrow, these foil things would be the first items in the trash. I collect them because as a team collector I must. They otherwise have no meaning.

These things, too. Man, what have they done to gold parallels? Even if you were sick of them before 2016 at least they were always classy. I can't stand these. 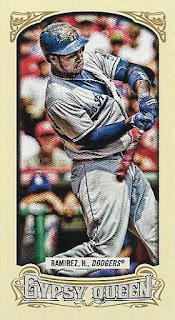 Staying in "not my cup of tea" territory just a little while longer. Here is a Gypsy Queen mini that was once on my want list. In reconstructing my want list, I've eliminated certain items that I have included previously. One of them is GQ minis. "A&G minis only" should be this country's motto. 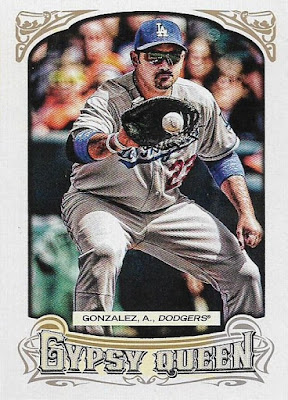 Check out this weirdness. I do not know what this is. My first thoughtis  it was Adrian Gonzalez's 2014 GQ base card of which I already own. But it isn't. At least not exactly. 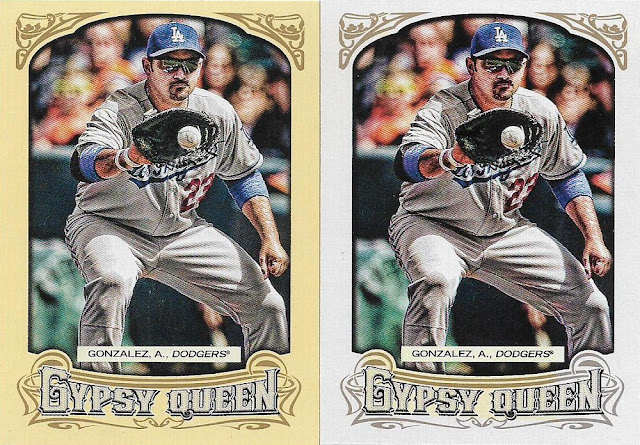 Here, for comparison, is the regular GQ Gonzalez card on left and then the off-center, white-bordered Gonzalez card. There is no "white border" parallel in this set that I see listed. There is no serial number on the back. Is it a goof? Is it intentional? Who knows in this wacky world of modern baseball cards. 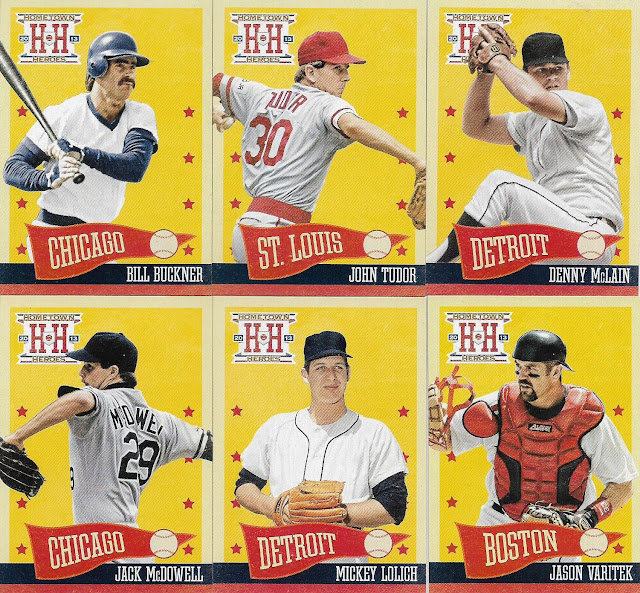 Something much more my speed. More Panini Hometown Heroes needs! Thanks to these six, and one you'll see in a second, I need just three more cards to complete the non-image variations portion of the base set. 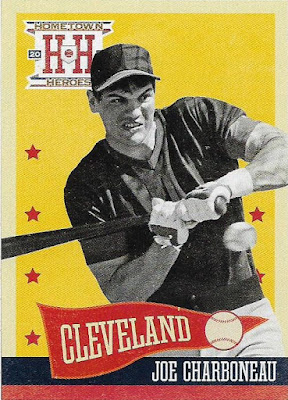 This, however, makes me feel older than just about anything. Come on, man, Super Joe played in the early 1980s! It wasn't THAT long ago. I know they had color pictures anyway. 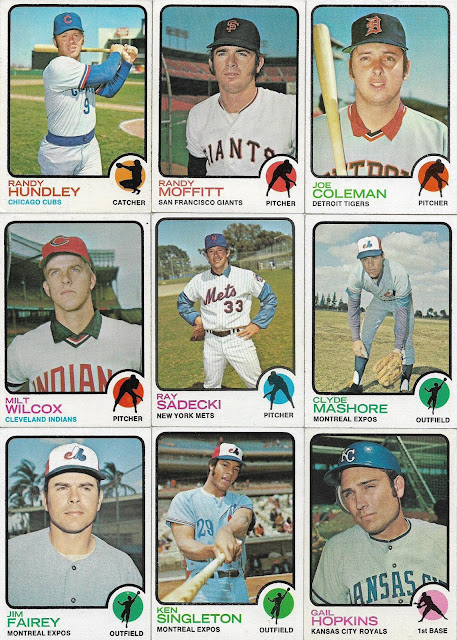 I daresay this is the package highlight. I've found that getting 1973 Topps cards in the mail is a terrific hoot. Anyway I can to keep the '70s alive on cardboard. I have to keep this ride going. 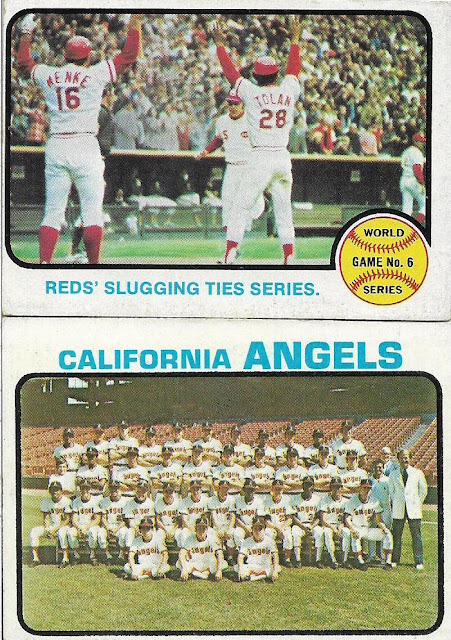 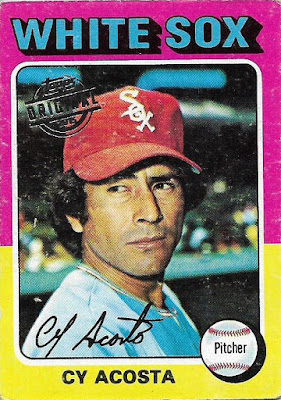 Let's end the package and the post with another 1975 Topps buyback. This is the 163rd card in my '75 buyback completion quest. I hope to add a few more key cards to the total in the couple of weeks.

OK, that probably wasn't very exciting to anyone but me. But I'm just plain too tired to care.