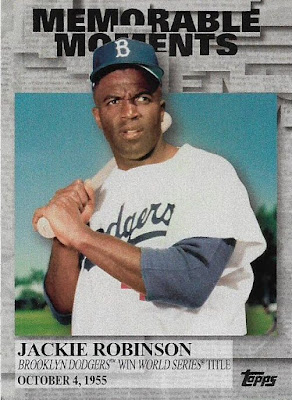 The 2017 card season has been pretty uninspired. I'm not someone who needs a lot of bells and whistles, all I ask for is a nice design and a little creativity and thought. I haven't seen much of that so far this year.

With Topps Series 2 out now, I haven't bothered to check whether it's at any local big box store. I have no interest in adding more of the 2017 flagship design to my collection.

So, I was thrilled to find out that Peter of Baseball Every Night was holding a team break of Series 2. What a great way to get the Dodgers that I need without having to spend my cash on Marlins and Brewers and A's on that half-finished design they're throwing at us this year!

I was able to land 18 Dodgers from Series 2 in this break. I nabbed every base card except for two of them, the Kenta Maeda card, and, of course, the only Dodger card from this series that anyone is talking about, the team card that shows a collective salute to Vin Scully.

But with everything else landed, I can't complain too much. Let's see them quickly: 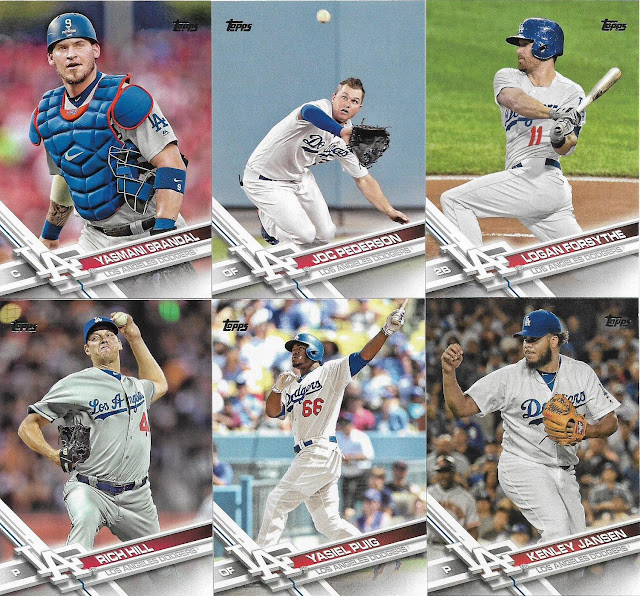 I'll start with six vertical cards of players who are contributing to the team right now in various stages. How about another four home runs against the Mets tonight, each with a home run trot slower the last? 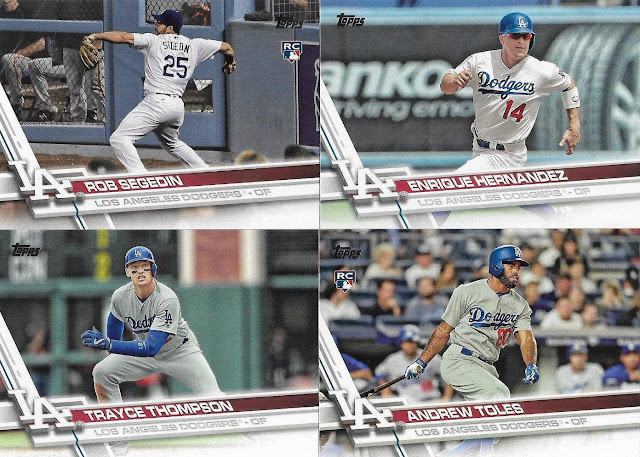 Here are the vertical cards. Lots of DL guys here. Also, I am more aware that I'm looking at only three-fourths of a card when I view the vertical ones. 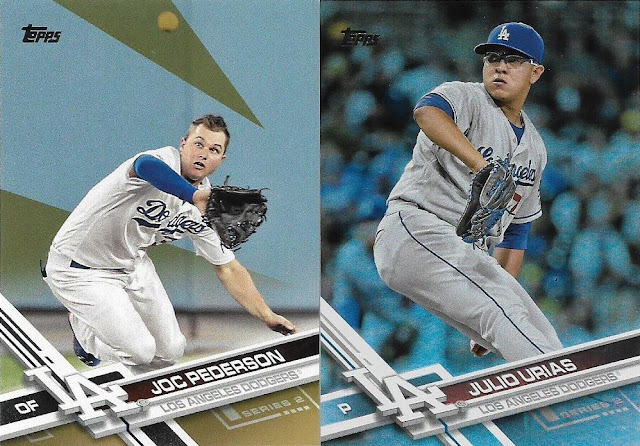 Parallels. Pederson keeps his eye on the ball while dodging flying golden shards. 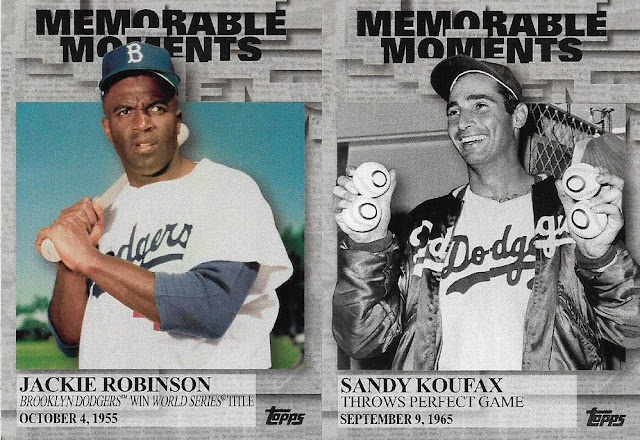 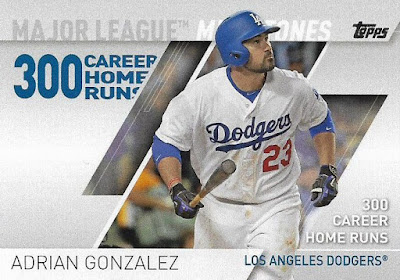 The Memorable Moments set seems very random, as in "what player's photo do we have a license for" random. I don't know enough about the Milestones to think the same thing.

So, that's what arrived my way from the break.

I do feel pretty good about wiping that many Dodgers off my list so quickly.

But you know how modern collecting goes. Without even including the variation cards and the relics, this is what's left for a Dodger fan collecting Series 2:

The flagship set may not be all that inspiring but I think the thing that actually will kill my urge to team collect eventually is the sheer number of inserts.

Fuji said…
A. Very cool of Peter to host this affordable group break. Thank you Peter!

B. I've always been a big supporter of inserts. My glory years were in the 90's. But I'm tired of their cheap, over produced, boring looking inserts. I wish they'd go back to the 90's when inserts were innovative and were tougher pulls.
June 23, 2017 at 7:39 PM

GCA said…
The insert bloat has exceeded the number of base cards in the series.