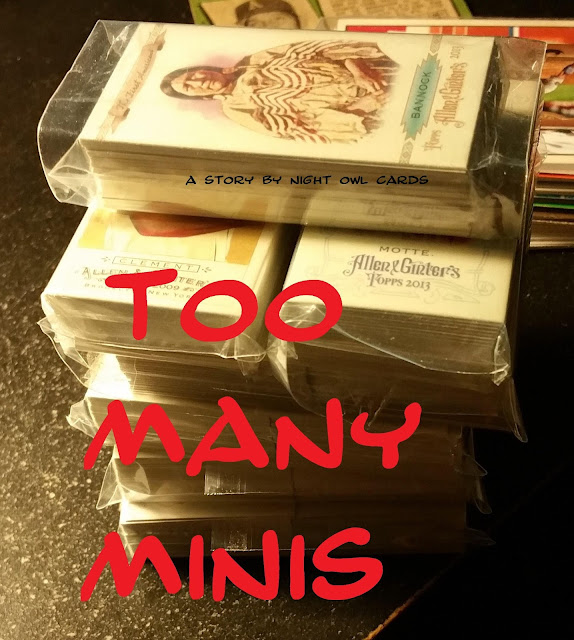 I am convinced that if you want to be a successful children's book author all you need to do is come up with a noun that would make sense when written after the words "too many".

Here is a quick rundown of children's books with that construction in their title. And I didn't try very hard to find these:

And the all inclusive ...

Makes you want to go on a cleaning spree doesn't it?

Well, I have one more story to add to the pile.

It's called "Too Many Minis". 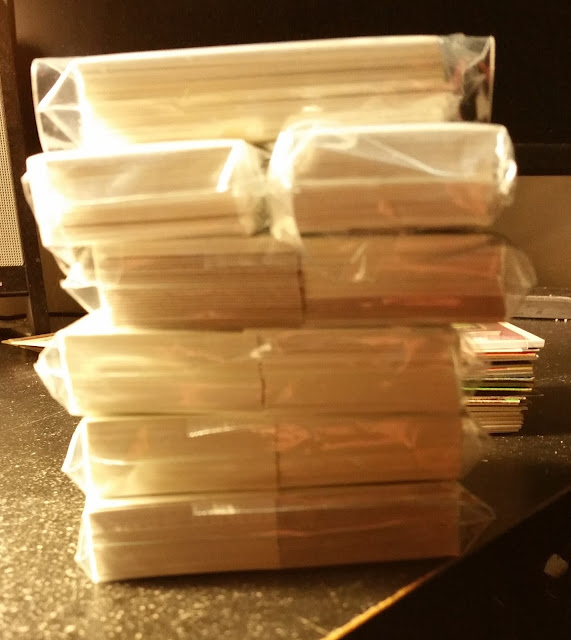 That is on the verge of 400 mini cards wrapped up far too neatly and sent by Jeff of 2x3 Heroes.

I seriously needed a day off to tackle this.

As you know, I own an Allen & Ginter frankenset binder and 400 or so mini cards would go a long way to filling that binder. But before I could write this post, I had to determine which cards would make the binder. I can't leave all of you hanging! This is important data!

That may not seem like a lot, but trust me, it is. There are lots of cards in my frankenset binder that will never give up their slot. Kate Upton at card No. 232, for example. How dare Everth Cabrera try to take her spot. Hell, she even shot down Andre Dawson.

So 77 cards cracking the binder is mighty fine. How close am I to completing the frankenset? I don't know, I haven't gotten to that point. I'm pretty sure there's a fair amount of work left. But before I get too focused on that, here is just a sample of the minis that made it: 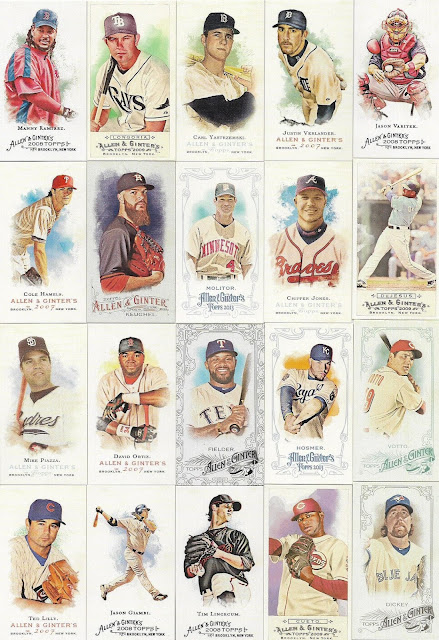 And I don't want to forget some horizontal samples: 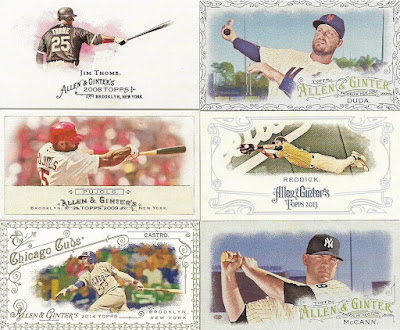 Of course with 77 entering the hallowed binder that leaves a great many out in the cold. For example, I don't put mini inserts in the binder. There were 29 of those. And I don't know what to do with no-number cards. There were three of those.

And of course there are the 285 that were out-and-out rejected by the keeper of the binder (me!). 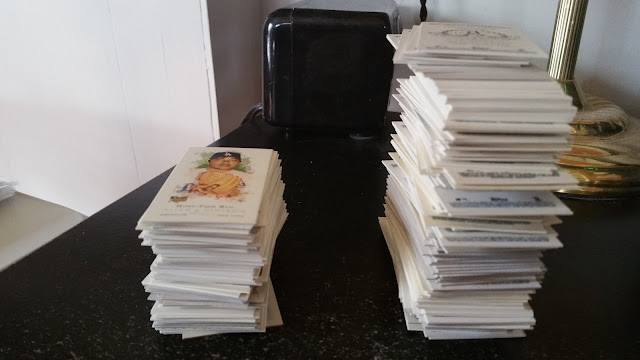 That means I now own a great deal of mini surplus.

Or what is known in children's words as TOO MANY MINIS!

If the cards aren't Dodgers, I don't have need for them, so I'll be sending them off to mini collectors, A&G collectors or team collectors.

A couple of the minis in the 400 were actually Dodger minis that I needed for my team collection. Here they are: 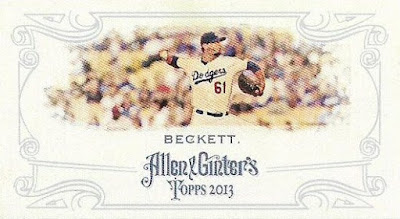 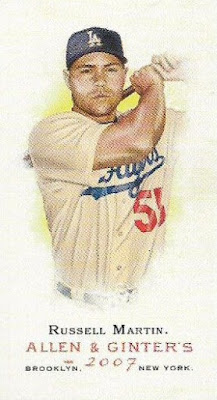 And there were a couple of GQ minis that would look pretty darn ugly in a frankenset, but they work just fine in a Dodger binder: 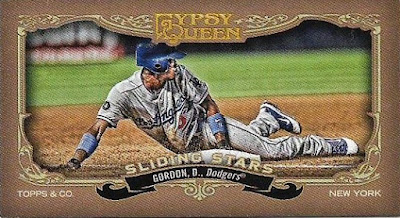 Jeff also sent some regular-sized cards of the Dodger variation (emphasis on the word "variation" in the case of many of them): 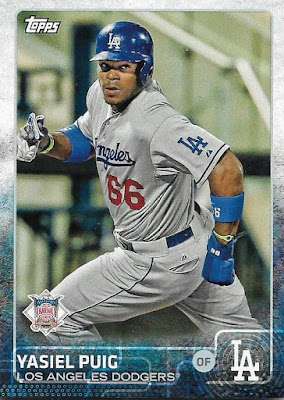 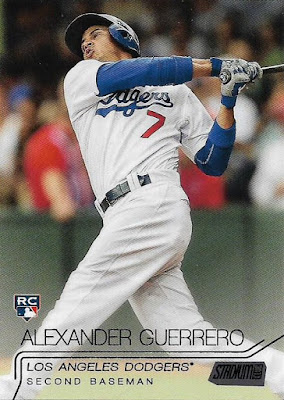 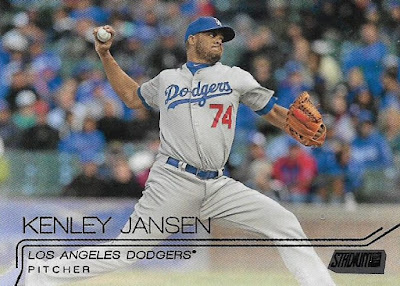 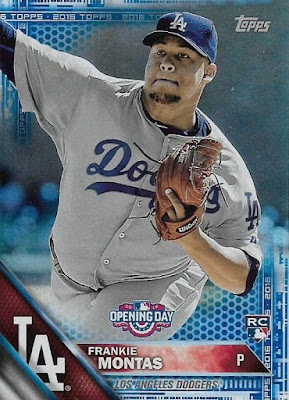 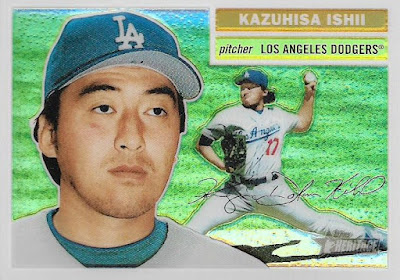 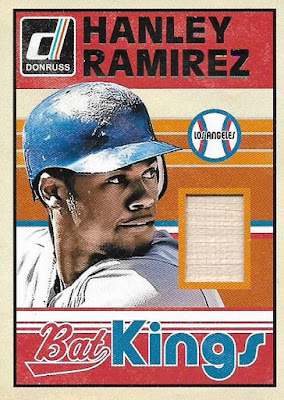 That Panini bat card sure is weird.

Plus, there was a card for my favorite collecting obsession right now: 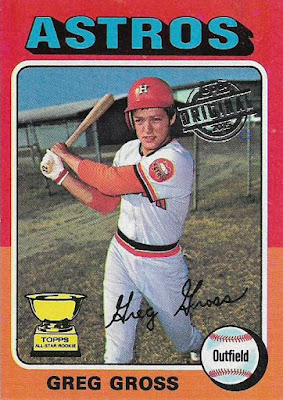 And some 2015 Allen & Ginter, a set I am supposedly collecting but have completely ignored for quite awhile: 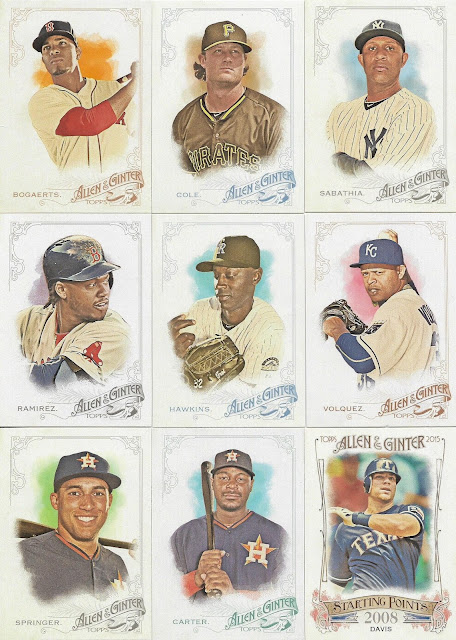 I may or may not have all of these already. Who knows? 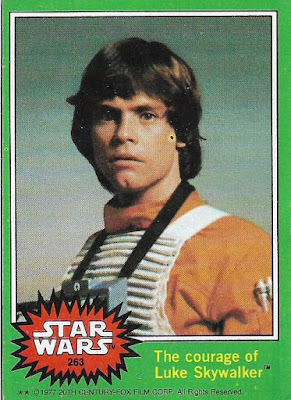 This is not exciting to anybody except for 12-year-old me.

So that's the tale of Too Many Minis.

Now it's time to brush your teeth, get your PJs on and go to bed.

Adam said…
I'm slowly starting to appreciate the mini cards. I've got a decent collection going but am always on the lookout for more. Any Reds or Indians you have no use for I will gladly take off your hands.
April 5, 2017 at 10:01 PM

Base Card Hero said…
I literally just read "Too Many Toys" to my son last night. When my cards fall into dissarray, I always say to myself "Too many cards". My minis always fall into places then get lost.
April 6, 2017 at 4:24 PM