Usually, the day I get back into town from vacation is the day before I have to go back to work. I don't know why I arrange it that way. I guess I want to squeeze the maximum amount of enjoyment out of my vacation, down to the very final hours, before I return to that familiar drudgery.

But this time I'm back with several more days of vacation remaining. I've got to be honest, there is nothing better than that.

Just sitting around and savoring that feeling caused me to think of a few "nothing better than" hobby-related activities. I selected just 10, but I'm sure you can find many others. 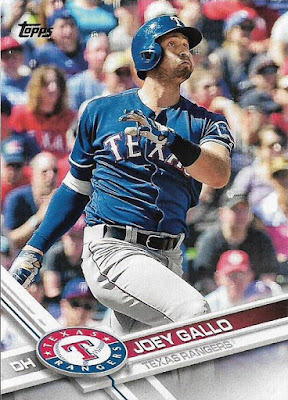 1. There is nothing better than pulling cards out of that first pack of the season. There is a reason why people make a big deal when the release date for Topps flagship comes around. There is a reason why you sometimes see news of the first cards' arrival in mainstream media. No matter how much Topps fiddles with the way cards are released, made, presented, etc., there is nothing that means more, that connects so many collectors to when they were kids, than opening their first packs of cards of the year.

P.S.: Joey Gallo didn't show up in my first pack in 2017, but his was one of the cards I pulled on that first day. I'm not busting cases here, so that qualifies. 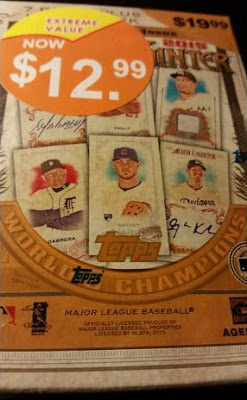 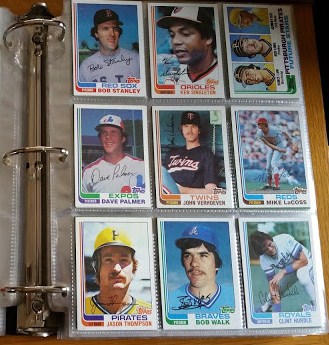 3. There is nothing better than paging a set. I can't think of many activities more satisfying than paging a set for the first time. This is often the reward at the end of the sorting process -- actually seeing the physical results of your organizational frenzy. I honestly don't know what people did before binders. 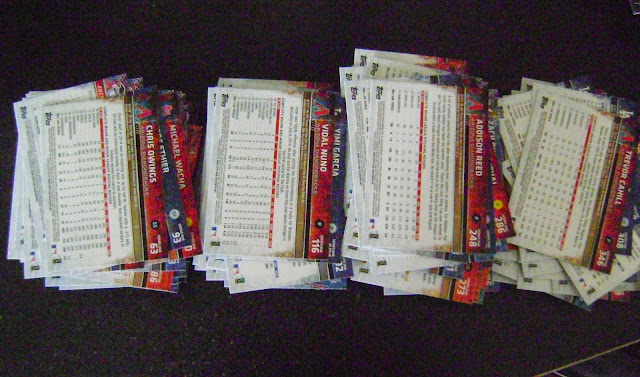 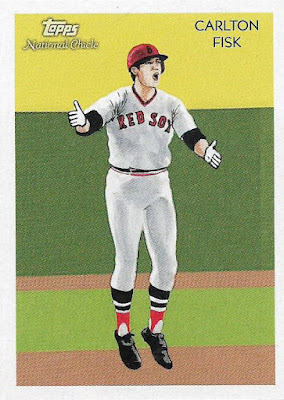 5. There is nothing better than discovering a card that you found in the discount box at a card show and falling instantly in love with it. Such was the case a little more than a week ago when this 2010 National Chicle card of Carlton Fisk's famed home run appeared during one of my digs. I enjoyed National Chicle, which was wildly erratic but produced some great cards. Somehow I never saw this one at the time.

6. There is nothing better than sending a card that completes a set for another collector. I actually live for this when I'm searching for cards for people. It doesn't happen that often. But when it does, I want to tell the postal employee to get in his/her vehicle this instant and drive that piece of mail to its destination NOW. 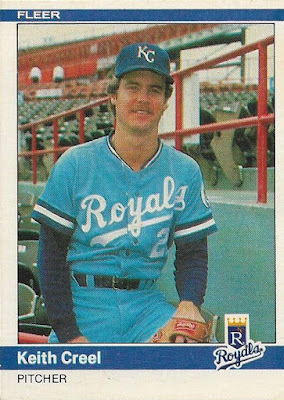 7. There is nothing better than discovering a player you have never heard of from a time period when you supposedly knew every player by heart. It's funny that when I pull a card of a player I've never heard of in a current set, I either shrug it off or get annoyed. There are so many players that appear on cardboard these days who I don't know. Too many teams, too much of a tendency by Topps to get every rookie into a card set. But when I pulled this card of Keith Creel from 1984 Fleer out of a package last week, I let out a delighted WHO????? This was marvelous. Time to figure out what Keith Creel did as a ballplayer! (It turns out Creel has just two cards in major sets -- 1983 Donruss is the other. He's not quite a one-card wonder, but pretty close). 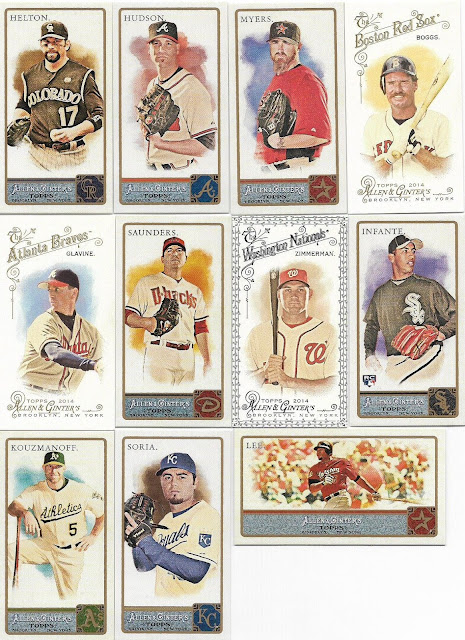 8. There is nothing better than mini versions of cards. I know many collectors get annoyed by minis, but I can't possibly. I've appreciated mini-sized items since I was a child chugging Matchbox cars around the shag carpeted dining room. Then to solidify my appreciation, mini-parallels showed up in the first baseball card set I ever collected ('75 Topps). The minis above I also obtained at last week's card show for super cheap. 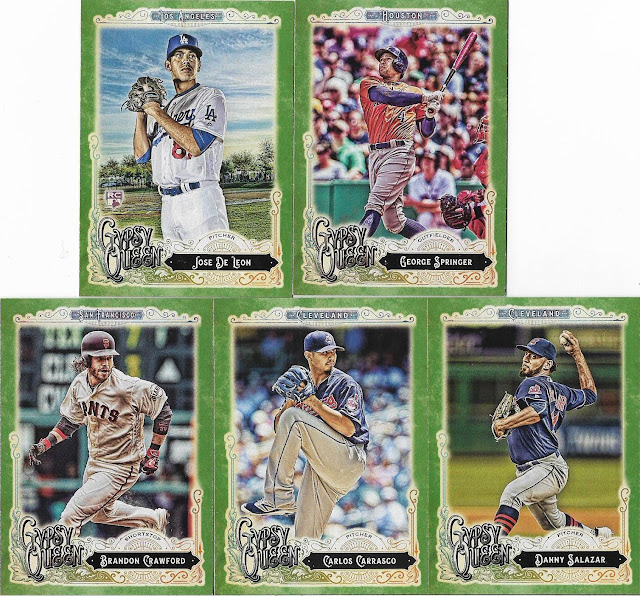 9. There is nothing better than getting an unexpected bonus in a pack. Not many people caught onto this when I first showed it -- only one person mentioned it in the comments -- but when I revealed my retail-exclusive three green parallels out of my rack pack of 2017 Gypsy Queen last week, I didn't show three cards, but five.

How is that possible when the packs say this?:


It's an unexpected bonus, that's how!

I've received unannounced autographs and relics in packs. I've received extra minis, an inordinate amount of short-prints, purple parallels in every pack. But this is the first time I randomly received five parallels in a pack when the wrapper said three.

10. There is nothing better than completing a set. This almost goes without saying. And if it everything goes right, I should be ending my vacation by completing the 1972 Topps set, which if I may say is quite an accomplishment.

So, those are just 10 and I can think of 4 or 5 things that I've left off the list already. I probably could come up with 100 with just a few more moments of thinking.

But I have cards to sort and page and send to people. Got to get to it. Because there's nothing better.

Commishbob said…
There's nothing better than a blog post that has you nodding your head in agreement every ten seconds. This is one of those.
April 19, 2017 at 7:55 PM

Adam said…
I'm pretty sure this is a perfect list but you forgot one thing ...

Fuji said…
Totally agree. There's nothing better than coming back from a vacation and still having a few days off. I just got back from Arizona two hours ago... and I have four days left of my Spring Break.
April 20, 2017 at 4:25 AM

GCA said…
Yep, I just took a week off, then came back for three days and had a five day weekend for our school system's spring break.

Blog Bat Around? Nothing better than...?

...getting that one card you've been chasing in a trade from an unexpected source.

...finding that rare short print variation in a dime box.

...having a dealer quote you a price way lower than you were thinking.