Start and finish: thinking of Pedro 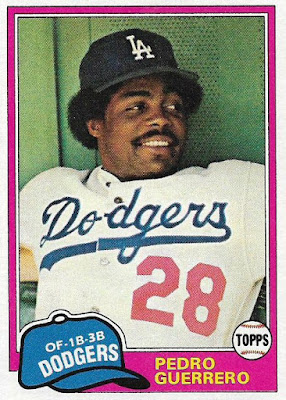 It's a melancholy kind of day around here. It's rained all day, work is a beast, the Dodgers' win that I recorded yesterday was sabotaged by ESPN's constant switching of games between its networks, and I woke up too early this morning only to catch the news the Pedro Guerrero had suffered a second massive stroke and is currently in a coma.

Guerrero was my favorite during the second half of high school and early in college. And I can only hope that the early progress he's made that his wife has mentioned continues. At age 60, he's far too young.

While thinking of Guerrero, I dug out this card, which is his first solo card. I had planned this week to write another post in my Start and Finish series, so why not start with one of my favorites?

The problem with Guerrero is I don't own the final card of him issued during his career. I have a thing about actually having the cards for this series (which is really going to limit me for people who started or ended their careers in the mid-to-late 1990s).

Guerrero's final cards are in 1993 Donruss and Fleer, but I'm getting as close as I can with his 1992 Topps card. 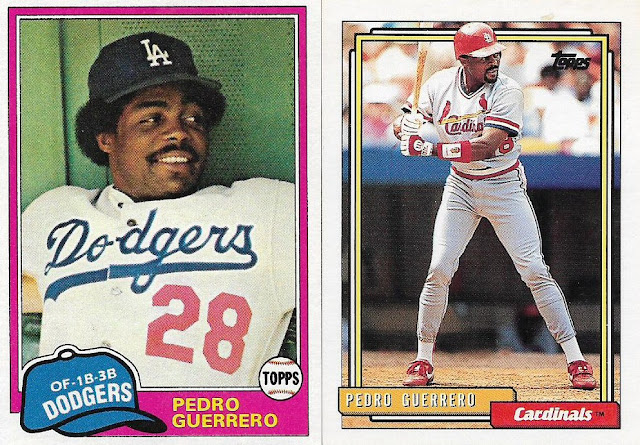 One of the best parts about Guerrero's career with the Dodgers is how they nabbed him from the Indians for a pitcher who didn't almost nothing for Cleveland (Bruce Ellingsen). From there, Guerrero grew into a major prospect that I knew about for years before he even made it the majors.

On the same minor league teams with Guerrero was another top hitting prospect who didn't end up excelling for L.A. 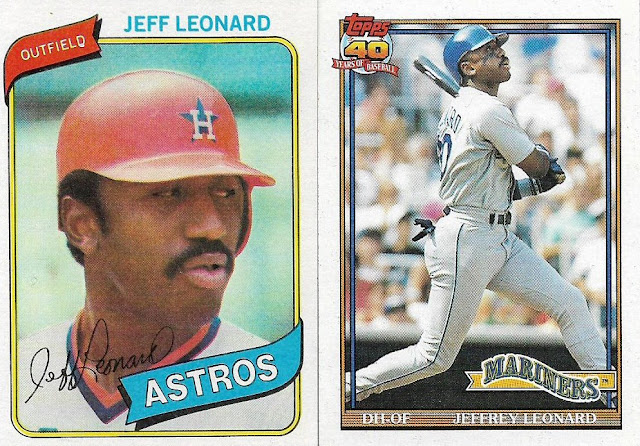 Although he would do his most damage with Houston and San Francisco, he closed his career as a Seattle Mariner. He famously announced in mid-career that he wanted to be called "Jeffrey" and Topps followed suit.

Because Leonard finished in 1990, he owns many "final cards" with 1991 issues. I stayed with Topps for consistency. 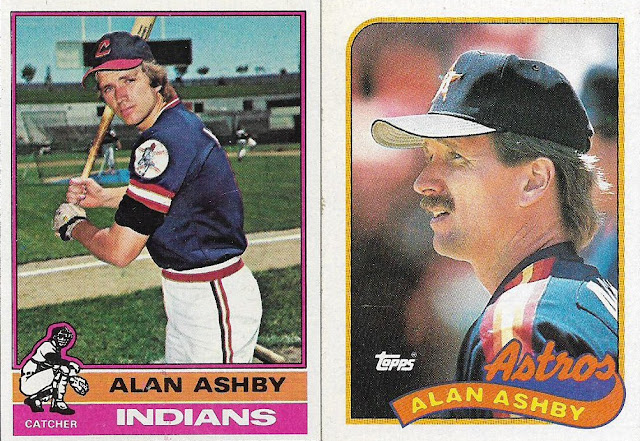 Let's move on to someone who ended his career with the Astros, but like Guerrero, started with the Indians.

The Alan Ashby Indians card was a surprise to me when I was completing the 1976 set. I never came across it back in '76 and as far as I was concerned back then, Ashby started as a Blue Jay with an airbrushed cap in the '77 set.

Ashby then would be cemented in Astros lore as he played for those '80s teams that were often in contention. 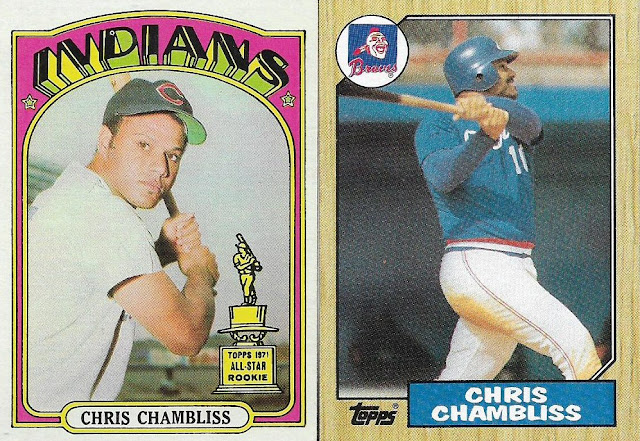 More starting with the Indians!

I will always associate Chris Chambliss with the Yankees. But he began in Cleveland and ended in Atlanta and was a notable player in both those places.

The Chambliss final card is card #777 which is deep in the set. I always considered that appropriate since his career ended in 1986 (except for one at-bat with the Yankees in 1988 when the team signed their hitting coach to help fill a depleted bench). It seemed like Topps was saying goodbye. 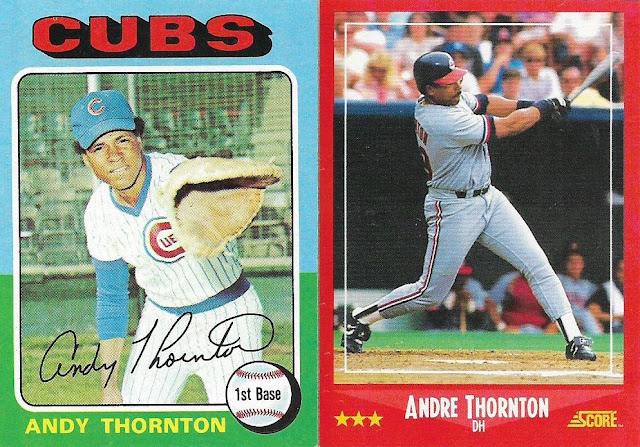 Since I seem to be on an Indians kick, here's a player who ended with the Indians.

Thornton is one of those forgotten greats who spent a decade with Cleveland, but he started with the Cubs. And his first solo card is in my favorite set!

When you get those old guys swinging the bat it seems so laborious on cards doesn't it?

That's all I have for "Start and Finish" this time around.

I'm headed off to finish the day. Here's hoping the last half is better than the first half.

Fuji said…
Great post! It brought back great memories of players I hadn't heard about in years. Sad to hear about Guerrero's stroke. Hopefully he makes a strong recovery.
April 6, 2017 at 12:28 PM

acrackedbat said…
I enjoy "the whatever happened to" with ball players. I am often surprised by their stories and sometimes early deaths. I hope Pedro hangs in there and improves. Much too young!
April 6, 2017 at 3:16 PM