April 03, 2017
I am writing this about an hour before the Dodgers' first game of the season starts and am in full anticipation mode.

By the time you read this, the Dodgers will have annihilated the LOLPadres or made me regret setting the DVR for a game I'll never watch.

I figured I'd mark the occasion of the Dodgers' first game by revealing my favorite Opening Day lineup. That is a lineup of my favorite Dodger at each position for the entire length of me being a fan.

That spans more than 40 years, so there are a lot of players to consider, particularly at positions that have hounded the Dodgers for decades (third base, left field). But with the help of Rob Neyer's Big Book of Baseball Lineups and baseball-reference, I've got a lineup that makes me very happy. If only the Dodgers could trot this one out for every game this season.

So, if you can break yourself away from the nonstop baseball on your viewing device today, here is my favorite (Dodgers) Opening Day lineup: 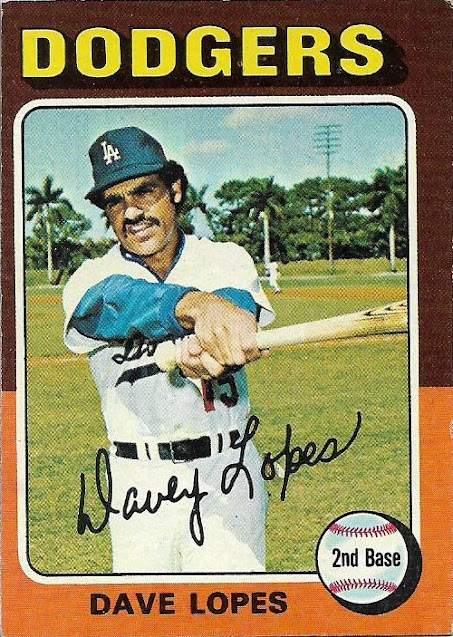 The first Dodger second baseman I ever knew (you'll see this statement a few more times). Lopes was a classic lead-off batter who once held the record for most consecutive stolen bases. He also owns a magnificent mustache that hypnotized catchers into throwing the ball into left field.

Runners-up: Steve Sax, Chase Utley (there is not a lot to get excited over at the Dodgers' second base position ever since Sax). 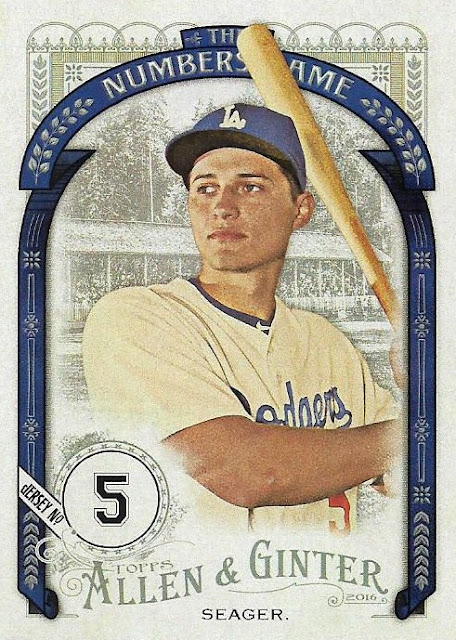 Seager's promise and personality is why he's here, but this is another position where the Dodgers haven't exactly shined the last 40 years. I was never much of a Bill Russell fan and after that there's people like Duncan, Offerman and Anderson). 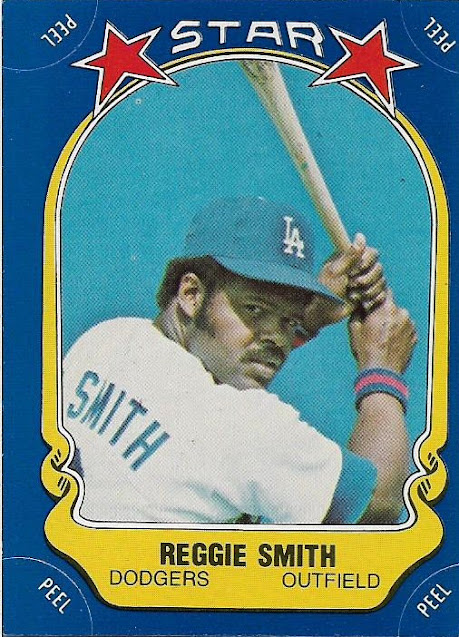 A tough choice between Smith and Raul Mondesi, both favorites of mine while they wore Dodger blue. But I liked Smith even before he came to the Dodgers. The Dodgers trading for him was possibly my first baseball dream come true. 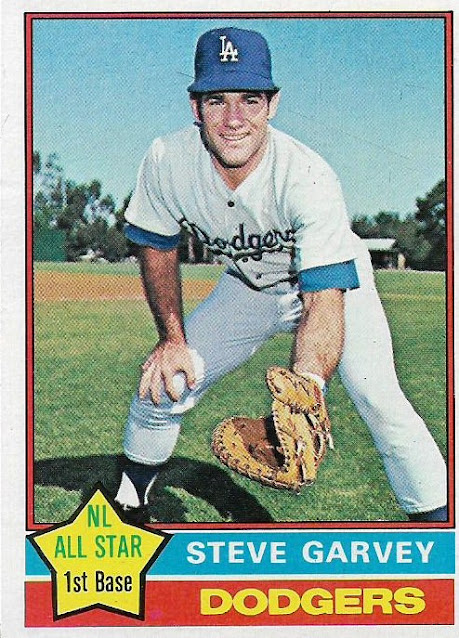 Again, the first Dodger first baseman I ever knew. I can't say I was a big Garvey fan when he played for L.A. I haven't been able to relate much to Dodger first basemen over the years. But Garvey's ability in the clutch was thrilling and why he is here. 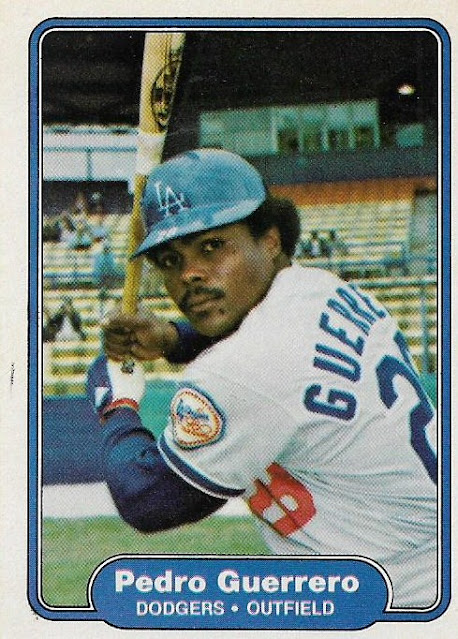 Finding a position for Guerrero is a little difficult. I think of him as a third baseman, but that definitely was not the spot for him. With certain exceptions, left field is a black hole for the Dodgers so I'm happy to find a spot for my favorite player of the mid-1980s. 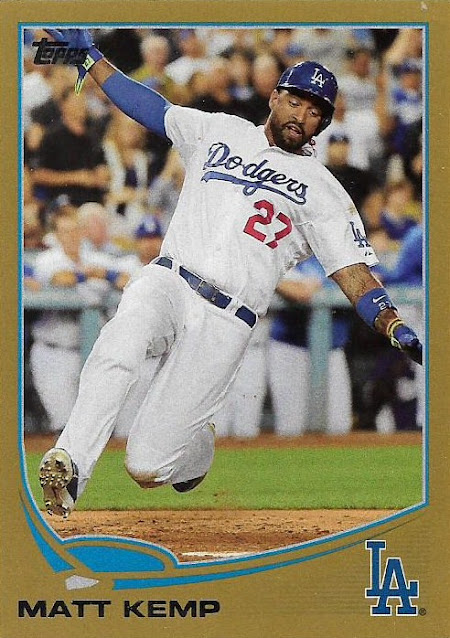 Seeing Kemp batting for the Braves today makes me sad. Thinking about the 2011 MVP award he should have won makes me sad. But watching him play almost always made me happy. 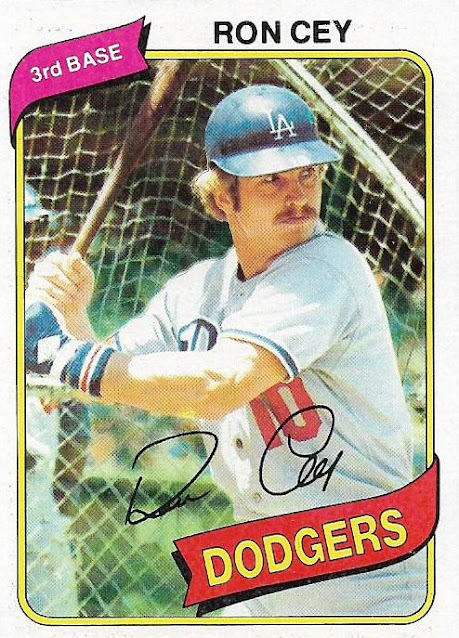 OK, so maybe selecting someone at third base wasn't that hard. Cey would be on just about any kind of team list I ever made. One of the few "guarantees" at the third base position since the Dodgers moved to L.A. 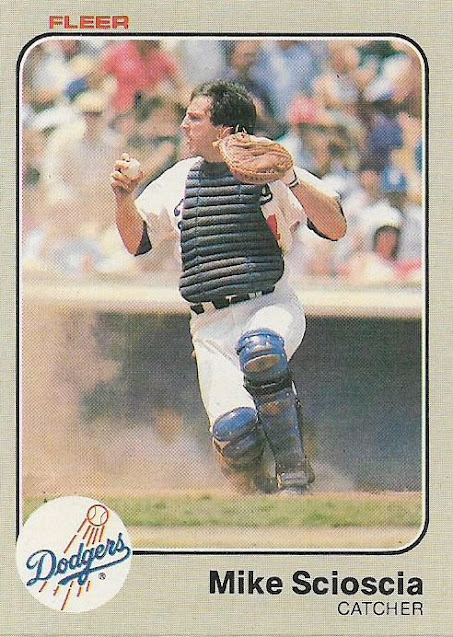 Defense means a lot to me at catcher, which is why Mike Piazza isn't here. Scioscia is one of the greatest defensive catchers I've ever seen. And he got his fair share of key hits during his career (several more than his predecessor Steve Yeager). 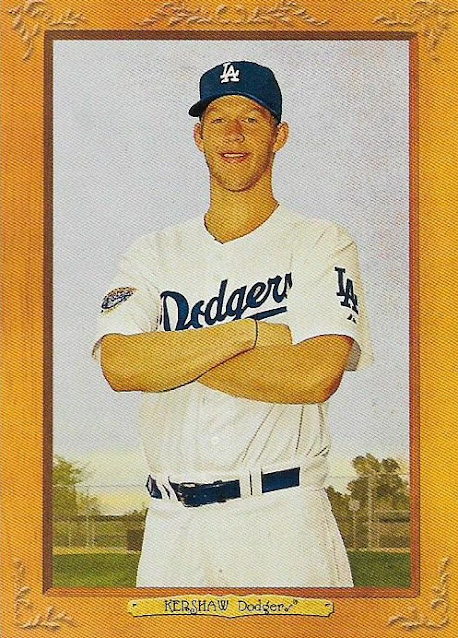 Kershaw might be considered a no-brainer, but this is a tough one given the Dodgers' background at the position and my appreciation for pitchers. Orel Hershiser and Hideo Nomo are two of my all-time favorites but I don't think either can match Kershaw.

I've been doing this for awhile.

But I still haven't figured out that I should be taking the day off on Opening Day.

Tony Burbs said…
Interesting concept for a post - I may have to borrow this one somewhere down the line, if you don't mind. That lineup is star-studded and well-constructed; I doubt if any team would want to face that collage of baseball royalty.
April 3, 2017 at 8:11 PM

Fuji said…
Love the idea behind this post. If I could ever track down Opening Day lineups for the A's without spending two hours on Baseball Reference, I'd totally steal this idea. As for your lineup, it's rock solid. I would have subbed Sax for Lopes. Always liked him until he signed with the Yankees.
April 4, 2017 at 3:12 AM

Stubby said…
Never mind. I keep forgetting how much older than you I am. Never saw Jackie, but I remember Koufax. Even in his declining years, he was something to see.
April 4, 2017 at 4:51 AM

Michael Ott said…
Is it official? Has San Diego officially changed their team name to LOLPadres? The laughing friar would make a great logo...
April 4, 2017 at 9:38 AM