One set ends, another begins 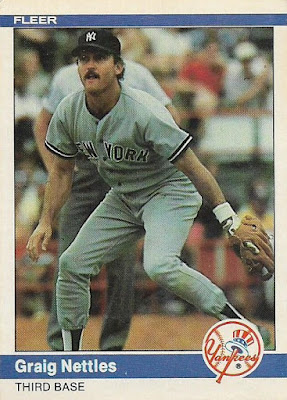 Not too long ago I received yet another stack of cards from my Twitter friend Chris. It was in response to my announcement that I'm trying to complete the 1984 Fleer set.

Then, maybe a week or so after that, I received another group of cards from him. It was in response to my announcement that I was nine cards short of completing the 1990 Topps set.

I sure do wish people in my everyday life were as responsive to what I say. 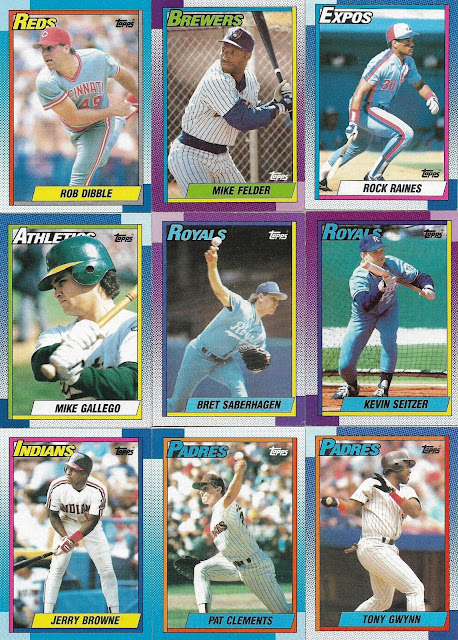 There you go. 1990 Topps is officially complete. You never have to see a 1990 Topps card on my blog again. Although you probably will.

Ever since I mentioned that I was about to complete Topps baseball sets from 1974-91 (and have now done it), I've gotten offers from people to help me get jump-started on 1992 Topps or some other early '90s thing. Yech. I have no intention of trying to complete those sets. (Maybe 1992. Maybe).

If you want to help me extend the timeline send me some 1973 cards! That'd be more helpful.

The larger number of cards that Chris sent were from 1984 Fleer. It was a stack of a little more than 200 cards. Out of those, I needed close to a 100 of them. That's awesome. And I should probably get a want list up soon.

I'm not going to show all of the cards. Instead I'll just show the ones that delighted me because they are so wonderfully off-kilter. To me that's the greatest reason to collect 1984 Fleer (or any Fleer set from 1981-86). Rookies? Ha! Did you see that player's big butt in the background? 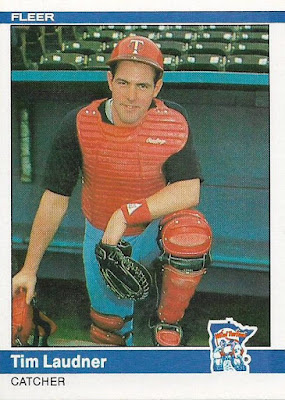 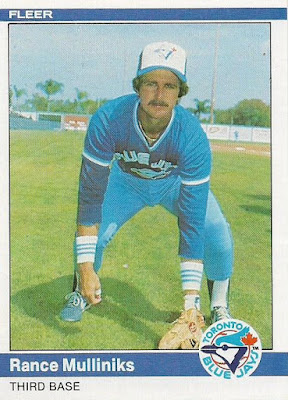 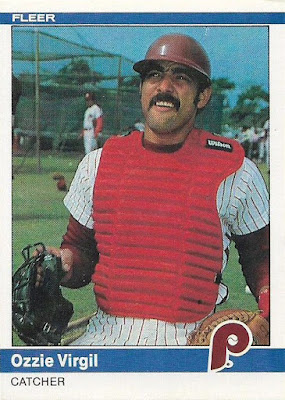 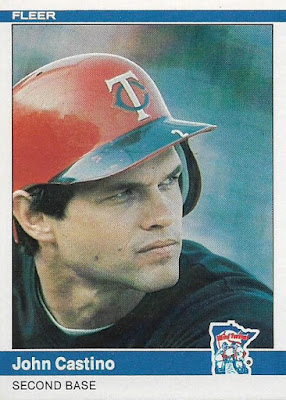 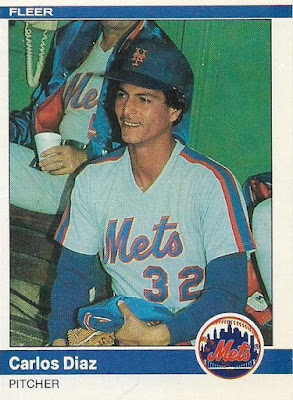 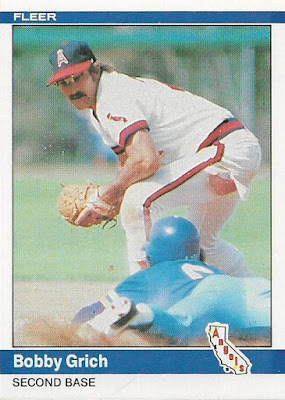 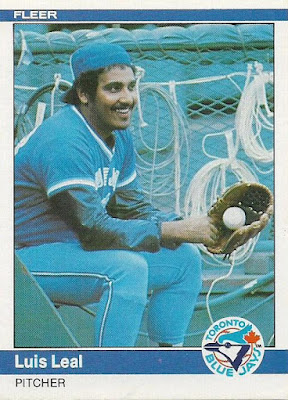 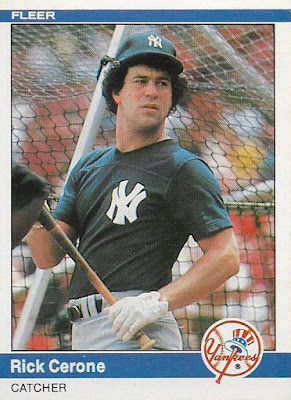 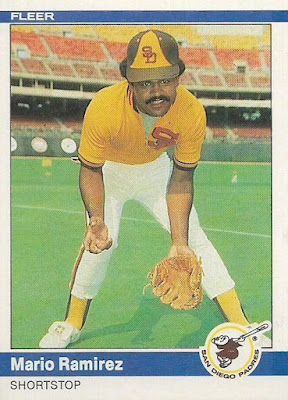 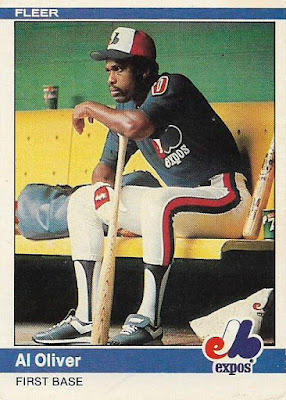 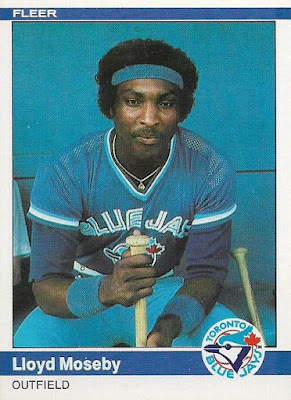 Some terrific stuff from the Blue Painter's Tape set.

It is not lost on me that I am embarking on trying to complete two of the quirkiest sets ever made: 1984 Fleer and 1973 Topps.

This is where my head is at. And probably always will be.

Thanks, Chris, for responding. And thanks everyone else for reading.

David said…
1973 is quirky? I would think that you would really like the colored position dots, the unobstructed picture area with a thick black outline, and a nice traditional white border. And vertical backs, lifetime stats and cartoons! What's not to like? I guess some of the photos are a little quirky (e.g., Bench, Garvey) but for me it adds to the set's character. (When you start buckling down on '73, I will be able to help you out.)
April 15, 2017 at 4:29 PM