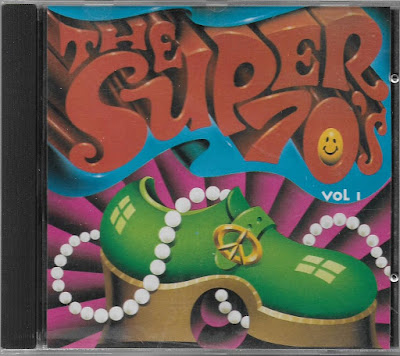 I don't know who first called the decade of my youth "Super," but it seems to be the default alliterative term for the 10 years from 1970-79 for a host of music compilations, retro websites and Twitter feeds, nostalgic books and news special retrospectives.

The Super '70s don't seem all that super when you compare it with decades that followed. The 1980s, in particular, seemed to be all about Bigger and More. But there is no alliteration to "Super Eighties".

To kick off the "Me Decade" (no alliteration in that one either), Topps issued special sets in 1970 and 1971 called "Topps Super". The cards lived up to the name. They were almost twice the height of a typical card and they were thicker than almost anything issued before and most things since. The thickness was a selling point to Topps as it pointed out the trait on the box -- extra thick cards!

That combination of height (more than 5 inches!) and heft made for one of the meatiest card issues ever. These were cards with substance. More slab than card really. You could easily use them for drink coasters. 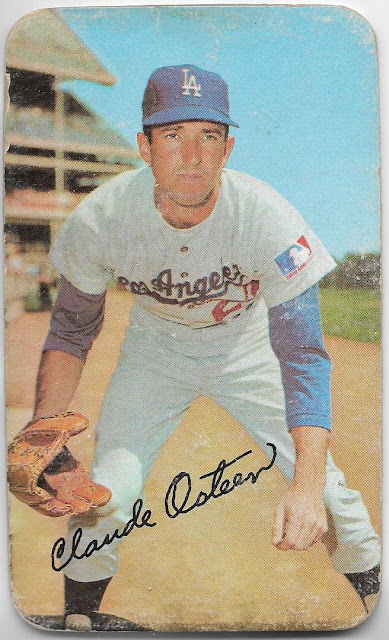 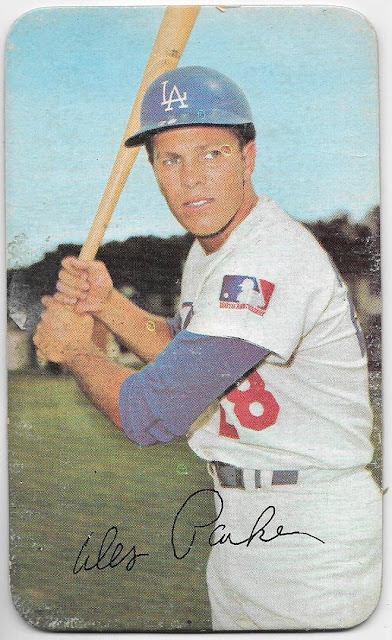 Sometimes you have to shut up for a moment and let the cards demonstrate.

Those are the two Dodgers card from the 1971 Topps Super set. I received them from Nick, who sent some cards already a few weeks ago. He said that he forgot to send these, which doesn't seem possible to me given that they could knock out a small rodent. 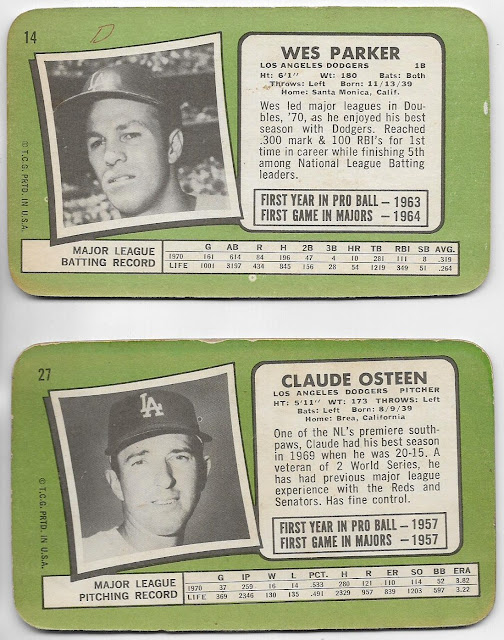 The Parker-Osteen pair, combined with the Davis-Osteen pair from the 1970 Super set, completes the Dodgers Supers for me (no I will not let a stray, hand-written "D" prevent me from completing it).

Someone will inevitably point out that Topps produced a set of "Supers" in 1969, too, one full year before the Super '70s began. But that was just a test issue and it was not nearly as large as the 1970 set (you can see examples of what they were going for in 1969 in last year's Topps Archives set).

So, now the question:

Is Topps Supers how the "Super 70s" name came to be?

Until someone can cite the first instance of someone using "Super '70s," then I'm going with Topps Super starting the whole decade nickname. Once again, baseball cards places a lasting imprint on our culture.

Nick sent a few other cards along with the Supers.

Wiping longstanding wants off my list is certainly Super.

Have a nice day.

night owl said…
That's a different set -- those are the big one-card packs that were issued in the mid-1980s when I wasn't collecting because I was too busy drinking. So, yes, I forgot about those, but I hate those cards -- so large and flimsy, so they deserve to be forgotten
April 30, 2017 at 1:47 AM