I think everyone who went to high school knew a kid who hung out with the "cool kids" who wasn't really cool. You knew it, everyone knew it, maybe even the kid knew it, but there he/she was, laughing with the rest of them.

The kid didn't belong. The popular kids were easy to pick out. They were popular because of social status, good looks, athletic ability or a disturbing talent for putting down "less cool" kids. But this one other kid, not as athletic, not as attractive, not as mean, was accepted as one of them. No one ever let on that this one person didn't belong. But I knew. And other did, too.

Archives, in its current form, is a joke of a set. It was a major disappointment when it returned in 2012 and it's done nothing to improve itself. The card stock is lousy, the choices for past designs are perennially discouraging and, most irritating of all, the cards aren't that easy to obtain.

That's because Archives does something that only the cool sets -- namely Heritage and Allen & Ginter -- can pull off. It short-prints base cards.

Short-printing of base cards is probably the ugliest of modern card inventions. To me it's worse than redemptions, gimmicks, and 47 different parallels. You don't mess with the base set. And, if you do, you better damn well be hot and desirable like Allen & Ginter or Heritage.

Archives is none of those things. I can barely stand to buy a pack or two.

This is completely unacceptable behavior. I'd like to think that because Archives pulled this garbage that few people collected it. But I don't know that with any kind of certainty and the fact that Archives is returning for 2015 probably means lots of people bought it and there are some terribly gullible collectors out there.

Last year, there were 13 Dodgers in the skinny-scrawny-poorly-thought-out-I'm-wise-to-you Archives set. Out of those 13, six were short-prints. SIX short-prints. In a 250-card set. On flimsy card stock. Not cool at all.

I did my best though. As part of my end-of-March celebration, not only did I acquire some happy and very enjoyable cards from the Upper Deck Decade '70s set, but I tracked down in the mud like the dog that it is some Archives SP base cards. 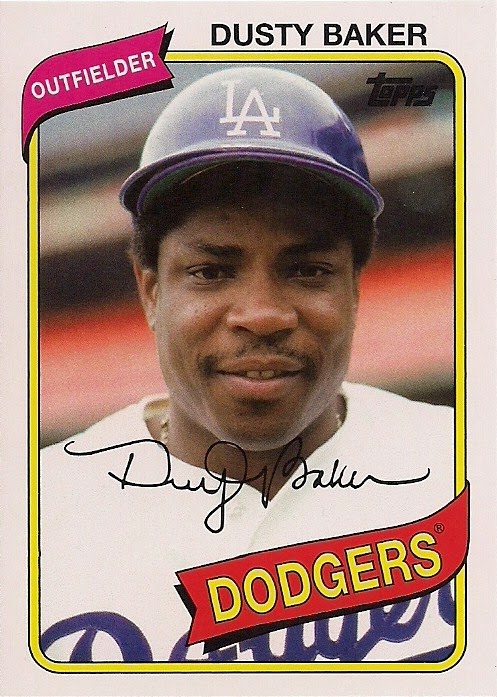 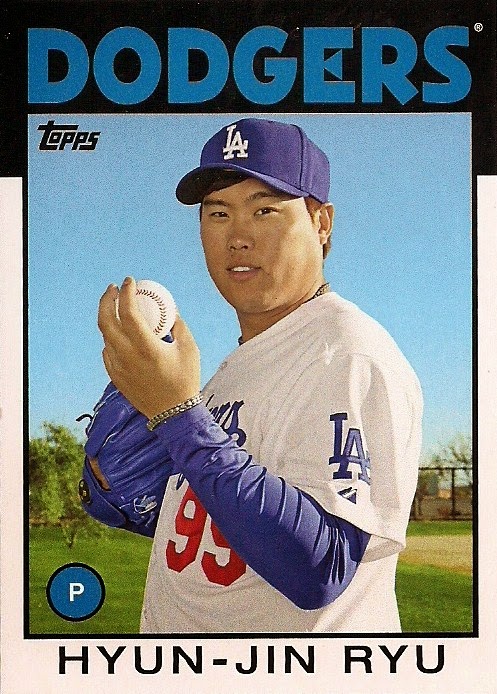 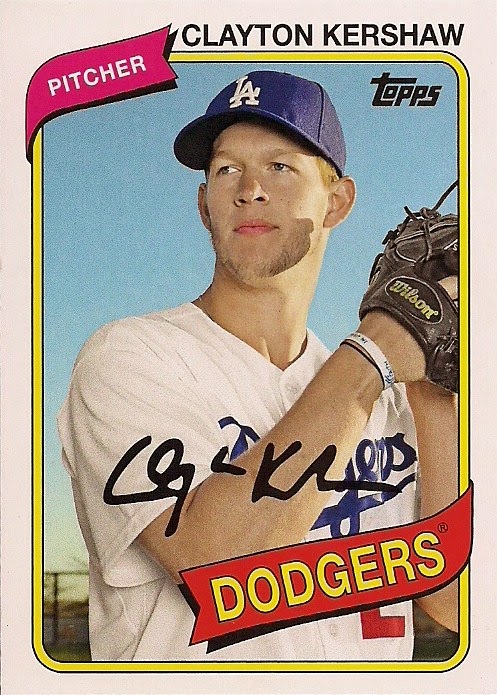 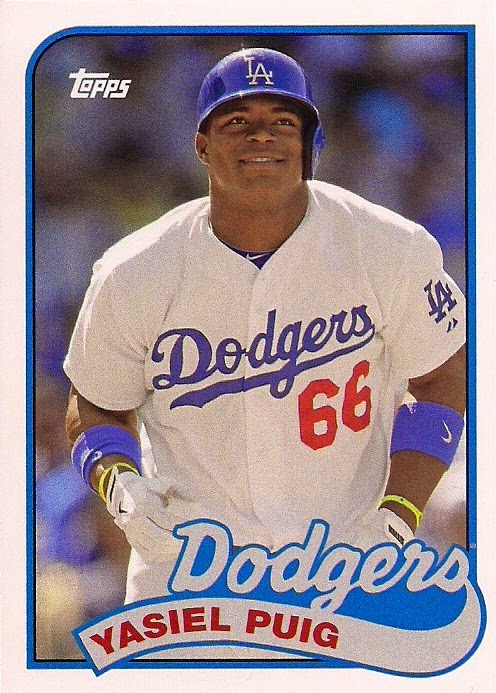 Not much to look at, huh?

I'm still lacking the Fernando Valenzuela SP base card. I just didn't feel like shelling out the cash for it. It's now part of the Nebulous 9.

I also grabbed the Ryu Future Stars insert card that was on the top of the post. I still need several more of the Dodger inserts from that set, but they don't bother me as much because they're inserts. They're supposed to be somewhat rarer.

Archives is what Lineage was in 2011, except with past designs in the base set (and lots and lots of SPs).

But I liked Lineage and I get warm, fuzzies over the summer of 2011 when I was chasing that set (and the '75 mini tributes). Lineage was fun because there were no SPs in the base set, you could collect as I collected sets as a kid. Yet, if you wanted a challenge, there were inserts and parallels to challenge you.

I'm still tracking down the Dodgers from those parallels and landed the last cloth parallel that I needed: 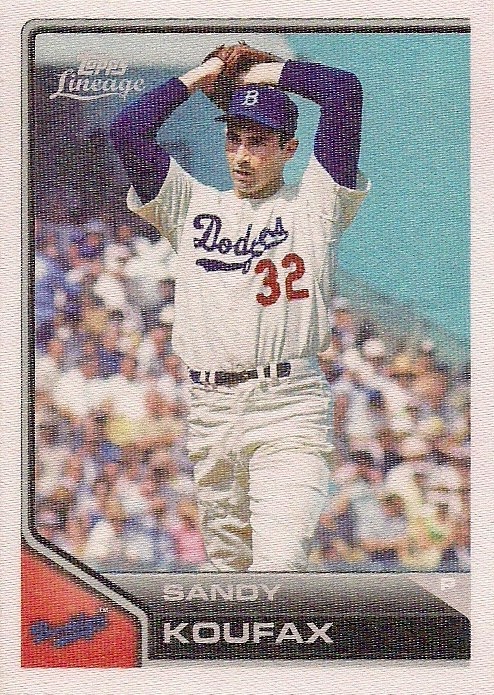 That's a good one. I'm getting the warm fuzzies just looking at the scan.

But back to 2014 for a little bit, because I'm not done being annoyed. 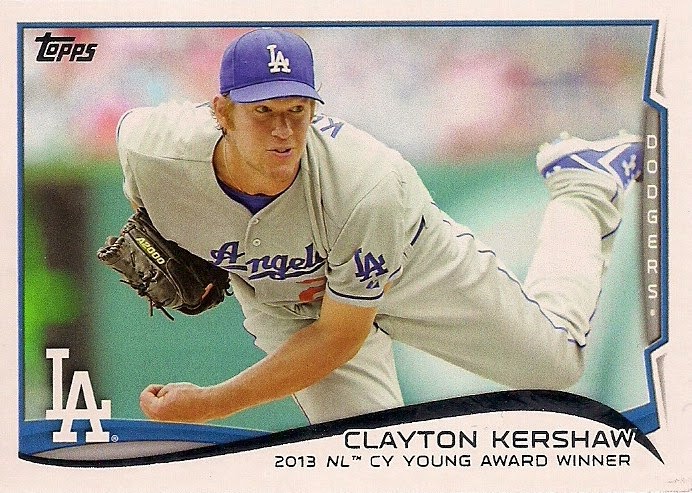 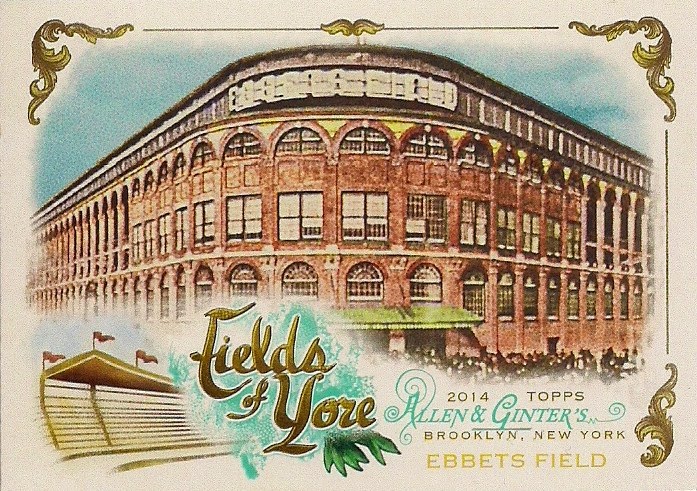 And I picked up this 2014 Allen & Ginter insert of Ebbets Field, another difficult-to-obtain card from last year. I kind of wish this showed the field.

Most of the rest of the cards in my end-of-March package were pretty random. 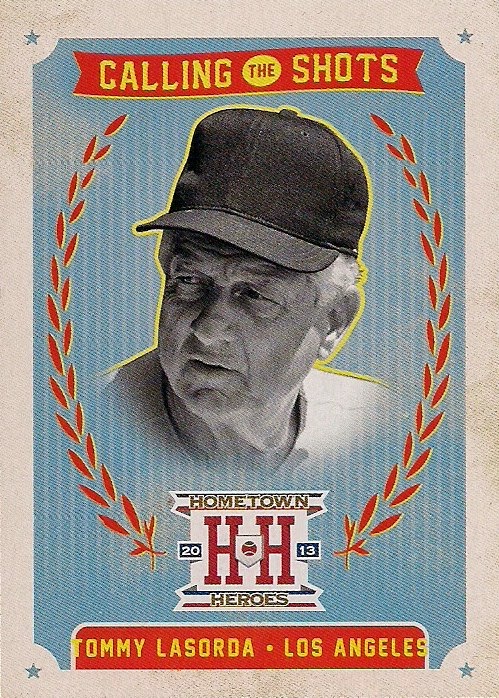 An insert card from the only Panini baseball set that interests me, 2013 Hometown Heroes. 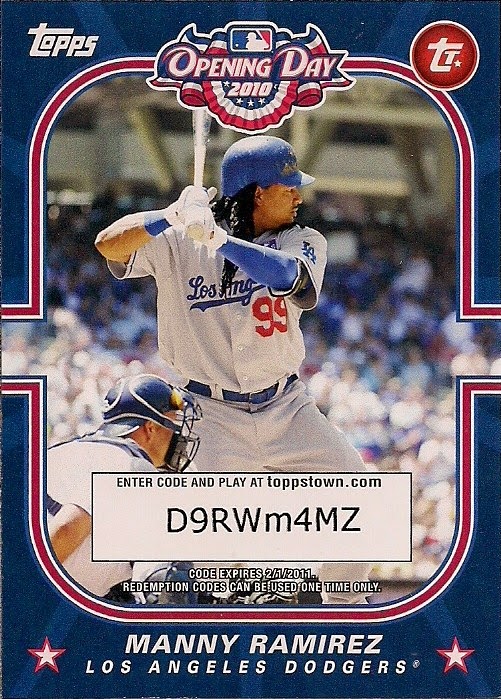 A 2010 Opening Day insert code card of Manny. Just about everything on this card, but especially the website, is dead and gone. 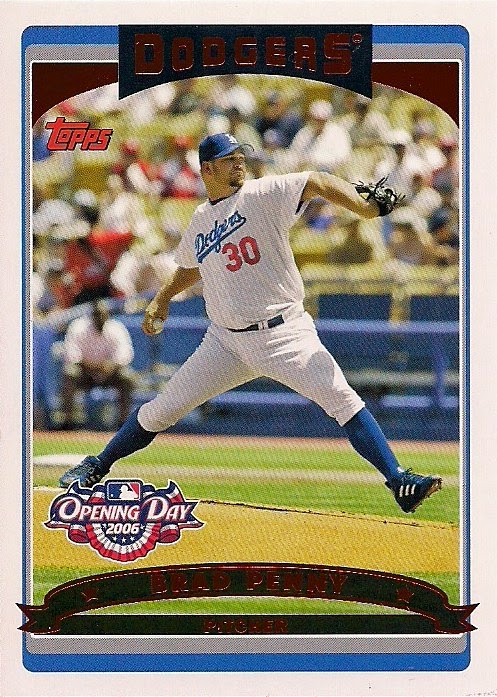 I'm probably the only one who remembers this, but when I was buying cards like mad in 2006, I cleaned up with Opening Day and noticed red parallels (2006 Opening Day featured blue letters). It's been years, but I finally made getting a Dodger red parallel a priority. The 2006 me is all giddy. 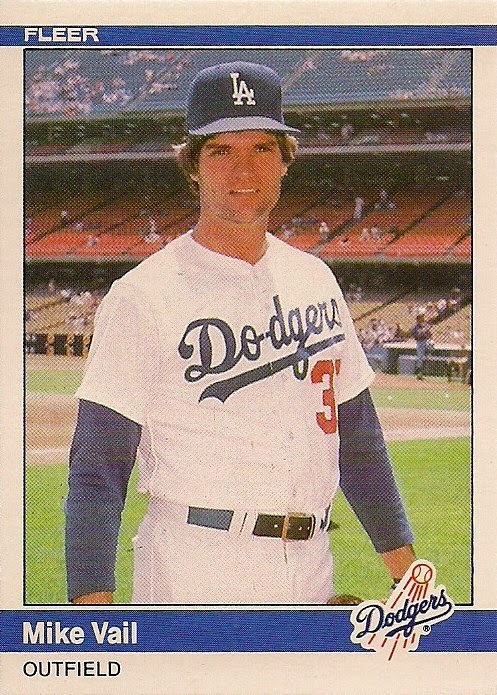 This card completes the 1984 Fleer Update Dodger team set. Another set that just isn't around all that much. But much cooler than Archives. 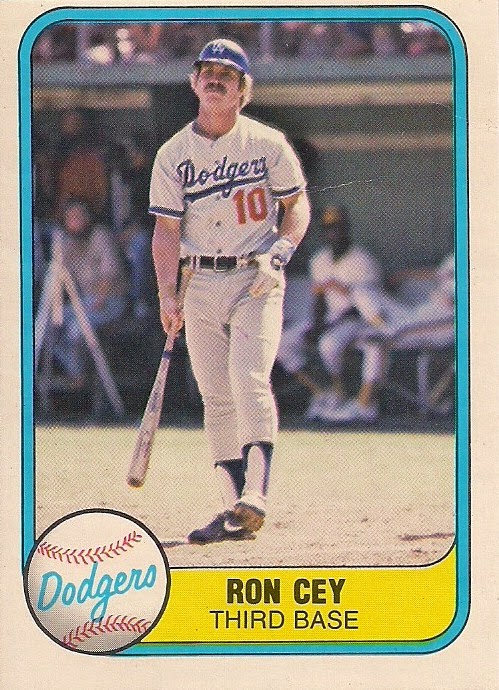 This is not your common variety 1981 Fleer Ron Cey card. 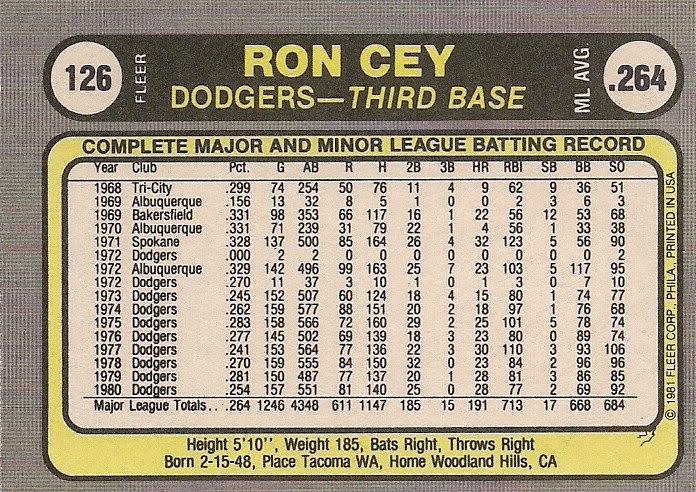 It's the "finger" variation card!

This is probably the first kind of variation I ever knew. When I read about these printing flaw "fingers" back in '81 or '82, I thought they were pretty dumb. That mind-set lasted for years and years. But there was a little curiosity there -- what would the "finger" card look like in hand?

The "finger" (which looks like a finger pointing on a hand) is "pointing" toward the copyright in the lower right corner.

And now my curiosity is satisfied. 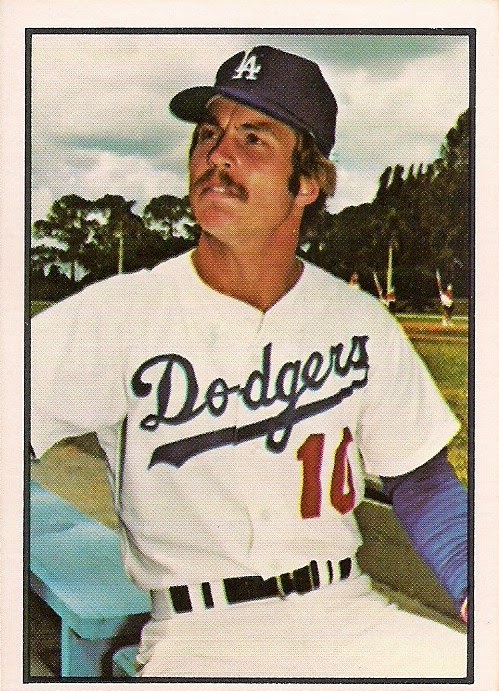 I like this card a lot more. This is a 1978 SSPC card of Ron Cey that I had never seen before it popped up in my search.

It's from a set called "All-Star Gallery", which was issued in a magazine by the same name. I have all of the Yankees from this set, since they came in the 1978 Yankee yearbook. But I never knew there were Dodgers (or seven or eight other teams). I've got a lot of work to do on this set. But at least I have the best card. 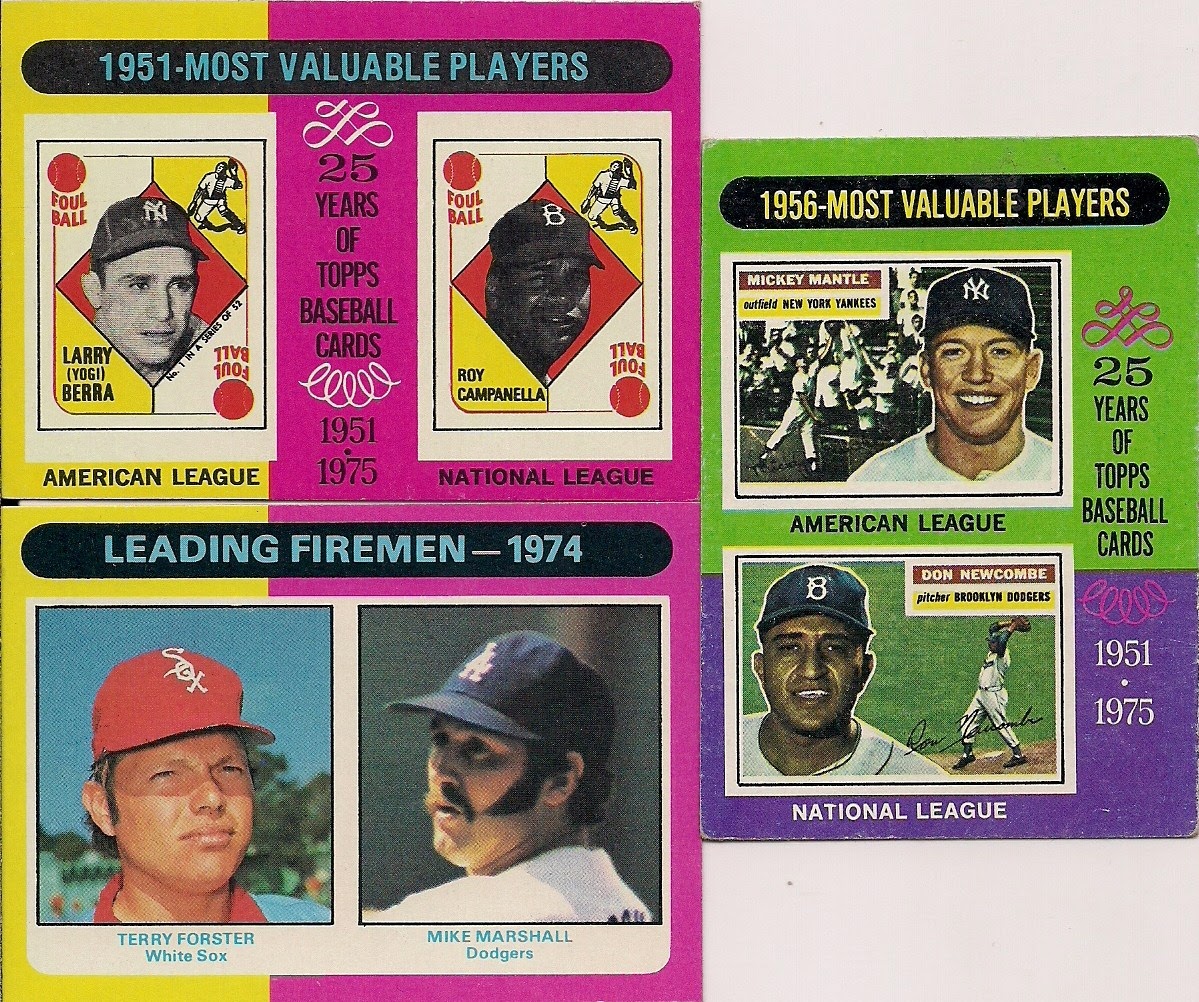 Finally, some 1975 Topps that are for the Dodger binders. I've been a little neglectful in finding cards like these that feature players from other teams.

Now, 1975 Topps is definitely a cool set. One of the coolest.

But will Archives pay any tribute to that set? Nope. Instead, let's just short-print cards in the 1989 Topps design so you can pay 3 bucks for each flimsy item.

I'm wise to you, Archives.

steelehere said…
I thought you were going to say that Ryun doesn't belong in the same company with Kershaw and Greinke.
April 8, 2015 at 9:14 PM

Swing And A Pop-up said…
I don't consider SP's as part of the base set!

Although I will try to get the SP's from Archives and Allen & Ginter because they are a lot easier to find (and cheaper) than something obscure like Prime Cuts II where all the SP's are like 10 or 15 bucks each. No thanks.
April 8, 2015 at 11:57 PM

Fuji said…
Lol... I was totally the nerdy kid who hung out with the jocks. But it wasn't my fault. That's what happens when your childhood friends end up becoming athletes.

As for Archives... my favorite thing about that product are the on-card autographs. And there's usually at least one insert set that I'm attracted to.
April 9, 2015 at 2:17 AM

Zvon said…
Re SP: Is Topps trying to re-create what it was like to put together a baseball card set in the early days, when they were released in series form? The last series was always the rarest (high numbered cards).
April 9, 2015 at 3:49 AM