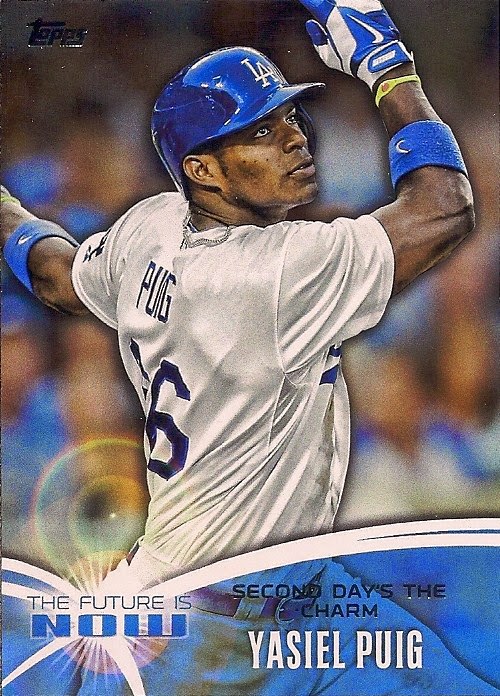 I'm sorry. I have no Kris Bryant cards for you.

I know that automatically means that half of you stopped reading. Kris Bryant is the only baseball player anyone cares about today. Twitter was a giant promotion for the three-K man earlier today.

Puig is an elder statesman now. Just the other day he said he was going to cut down on his bat flips because he wants to show American fans he's not "disrespecting the game." As many have said, this makes me sad. Never did I feel that Puig showed any disrespect for the game, but obviously others did. And I hope they're happy. You've crushed joy and stomped on elation.

But now that Puig has become just another boring veteran, grooming himself for a future season of "Dancing With the Stars," I am able to acquire Puig cards much more easily.

Not long ago, I received some cards from Boobie T (that's his Twitter name, don't get mad at me), who I used to know as blogger but now know as a tweeter. He sent them from his new location, California-way.

The majority of cards were of a certain former baseball card sensation now fitting himself for golf slacks. 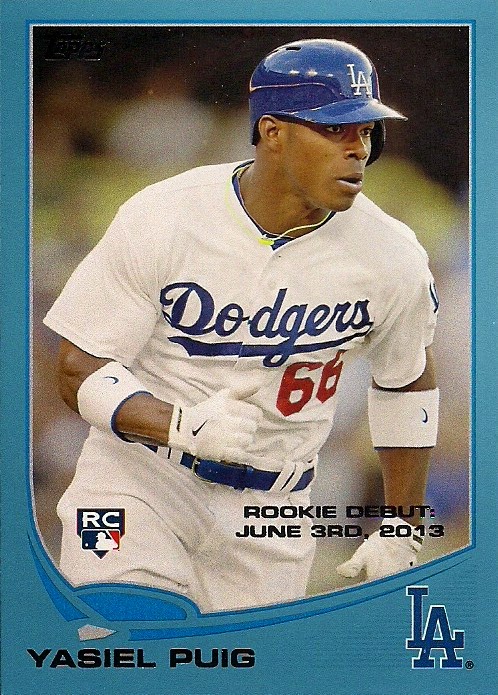 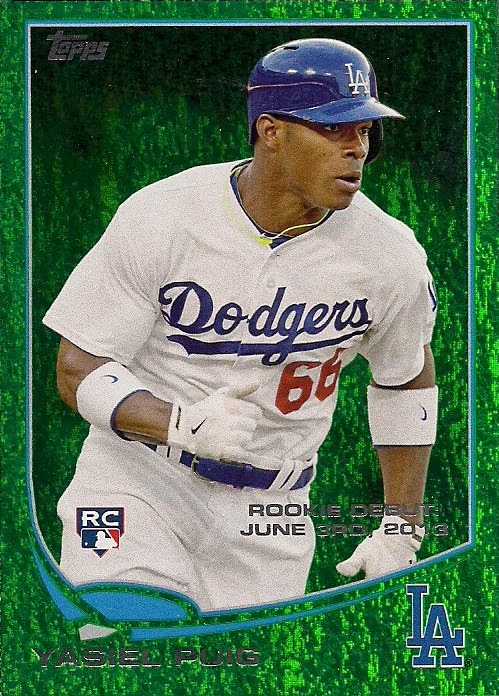 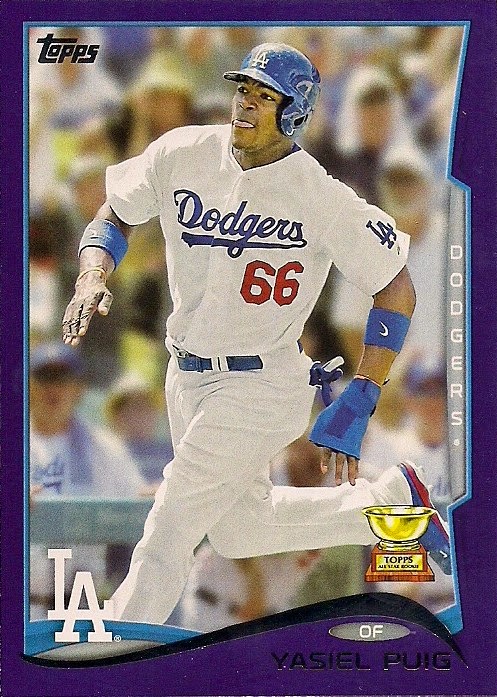 I especially appreciate the Toys R Us parallel as those things are so much of a bitch to find that I don't even bother. 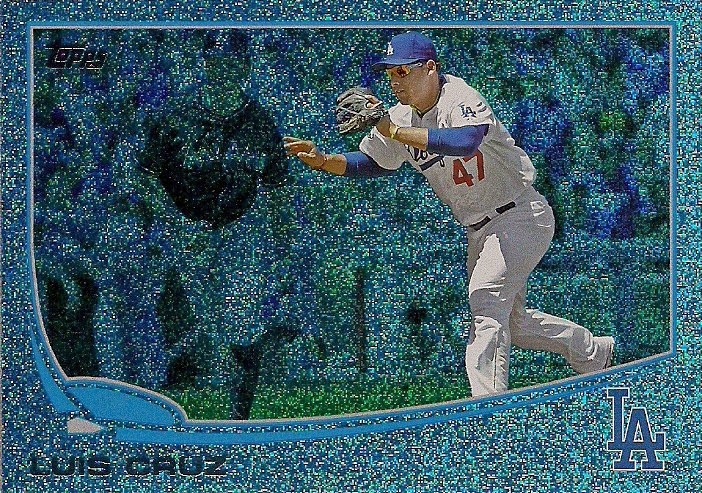 I also received a blue slate parallel of Luis Cruz attempting touch a Marlins player who is disappearing particle by particle. 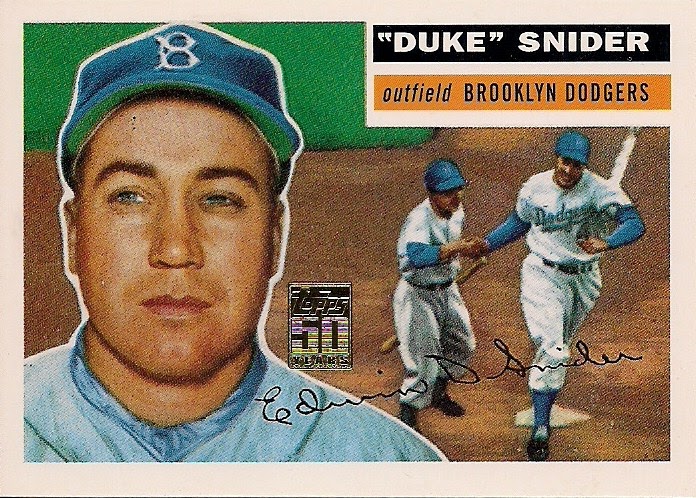 And here's a Through The Years reprints card from 2001 Topps. I just figured out what this was, even though I have several other Dodgers from this set. 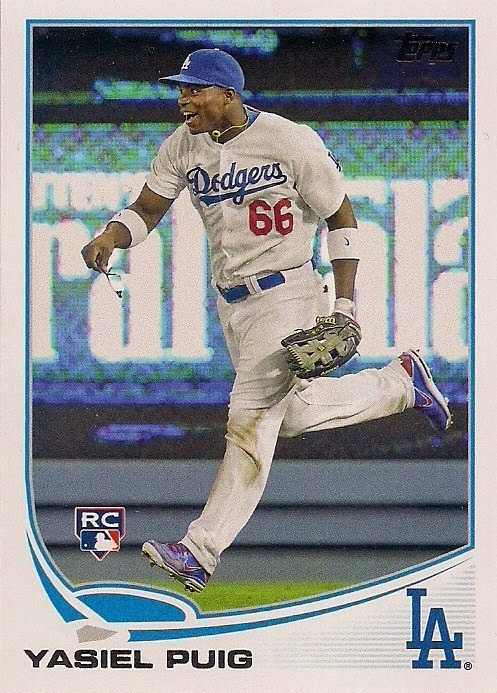 Even though Puig now says he's going to try to avoid pissing off people like Brian McCann, I hope the rest of his enthusiasm remains because he's still a hell of a lot of fun to watch, and I like my baseball fun.

I also really hope there's at least a few bat flips left, because this has been the only card of Puig's bat flip I've been able to find: 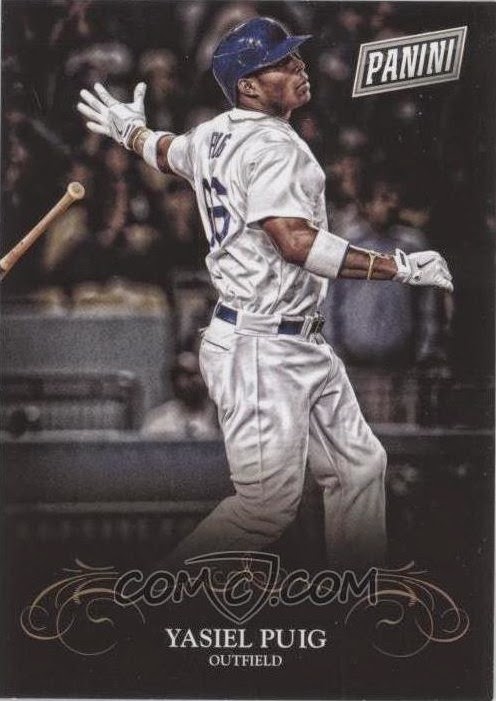 Yes, I've already put it in my cart, but come on, Topps, you've got to capture this before the conformist nazis kill it for good.

Zippy Zappy said…
I'm somewhat amused that #batflip is such a big issue in America. The same people saying that baseball (and the US in general) is getting wussified by banning home plate collisions and whatnot are saying that the players who flip their bats should be more considerate of the other team's feelings. Bwahahaha.

The golden rule over in Japan (and various other parts of the world) is that if you don't want the batter to #batflip, you don't allow him to make contact in the first place. If they hit a HR off you, they won that battle fair and square.
April 17, 2015 at 8:28 PM

Captain Canuck said…
the media made the whole bat flip thing bigger than it is. As usual, it gets overblown on tv, shown over and over again.

as fans, dodger fans should love it. Opposing fans should hate it. And we should all buy tickets, go to the games and cheer or boo with everything we have.
The opposing pitcher should put the next 90 mph fast ball through his ear hole.
And MLB should do nothing but sit back and enjoy the fact that fans are actually passionate about the game again.
April 18, 2015 at 12:30 AM

Big Tone said…
It really does feel like the neuse is tightening. Guys cant step out anymore, celebrating is frowned upon.Soon they'll determine that pitchers are throwing too fast,and that its too dangerous for the batters. T ball anyone?
April 18, 2015 at 7:50 AM

Fuji said…
I'm all about being respectful towards your opponent and the game. And had Puig flipped his bat, slowly walked around the base paths, flipped the bird to the fans, spit on each of the bases, stared down the pitcher, and screamed profanities at the opponent's five year old bat boy... then I'd say he was disrespectful. But a bat flip is a simple form of celebrating and there's nothing wrong with it. What's next? Banning the high five? C'mon. It's professional baseball. Not every player is going to receive a little trophy and a ribbon that says, I'm a winner!
April 18, 2015 at 8:44 AM