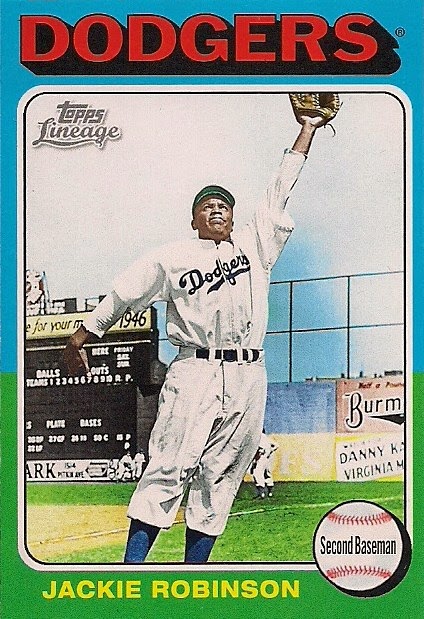 By now, you've seen several tributes to Jackie Robinson today, whether they were strictly baseball-related or with a baseball card twist.

I have my own tribute, but, of course, I have to lead into it with a little story.

Last month, a longtime employee where I work retired. He had been there for decades and worked in the same department as me. In fact, when the job posting went up for "sports editor," we both applied. I received the job, and became my once co-worker's boss.

This person was a gruff, ornery sort, full of opinions and less and less accepting of new ideas and policies as the years passed. Some days, he barely said hello and didn't bother saying goodbye. I knew all about what he thought of this college basketball player and that NFL referee, but I could never get a good read on what he thought of me or his co-workers. You always wondered because of how hypercritical he could be and how resistant he was to orders from above.

But he could be cordial in the right setting and our working relationship was adequate enough. There was a retirement luncheon for him and everyone left feeling good.

Later that night, I checked my email. There was one final email from my now ex-employee. It was a thank you. He was thanking me for putting up with him. He said he knew he could be stubborn, but I always found a way around that and he appreciated that. He said that over the years, he learned from me how to be a better person and said that he had been trying in recent years to follow my example.

This floored me. I nearly bawled right there in my chair. Wow.

And it came to me, that quote from Jackie Robinson: "a life is not important except in the impact it has on other lives."

Often, I don't even think of how my actions or words are going to affect someone or the chain reaction they will create (heck, it even happens on this blog). But that chain reaction is there. It's real. Very real. And it can be massive. One decision -- no matter how insignificant it seems -- can change a direction, a relationship, a life, a community, just about anything, and on the largest scale.

So how did Jackie Robinson, a black man from the south, born to a family of sharecroppers, whose career was done 10 years before I was born, affect a white, northern boy who didn't even know what baseball was by the time Robinson died.

Well, other than the obvious -- a great affection for the Dodgers and the 1950s Bums and the admiration for the concepts and struggles of Robinson and Branch Rickey and those who followed -- there is one that is more personal to my journey as a fan.

I grew up in the '70s in a lily-white small city in Upstate New York. In grade school, I knew one black kid. That was it. His name was Henry. I was in fourth grade. We played with him for a little while and then I don't know what happened. He moved or I switched schools or whatever. Henry wasn't there anymore.

But even though I didn't see any black people in real life, I did see them on my baseball cards.

And, you know what? I thought they were the coolest players of all.

I can't tell you where this came from -- I had no concept of "cool" when I was 10 years old, other than whatever cereal my mother brought home. And it wasn't like "Good Times" was on the TV or the family was heading out to watch "Superfly". Perhaps something clicked during an episode of "The Electric Company," but I'm telling you, my favorite players from the time I pulled the first cards out of a pack in 1975, were black.

You know those cards that you liked as a kid and you can't pinpoint anything on the card that would make it anything special? The thread running through quite a few of those cards for me is that the player pictured on the card is black.

In fact, I can create an entire team of my favorite African-American baseball players from the '70s. 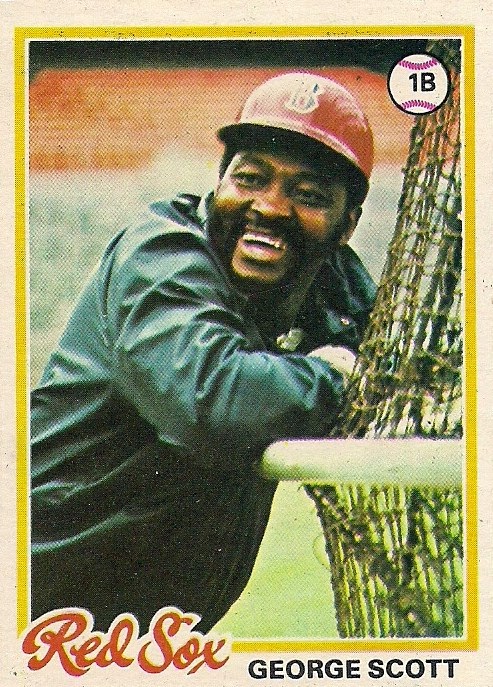 First base: George Scott. The man who taught me the meaning of the home run. 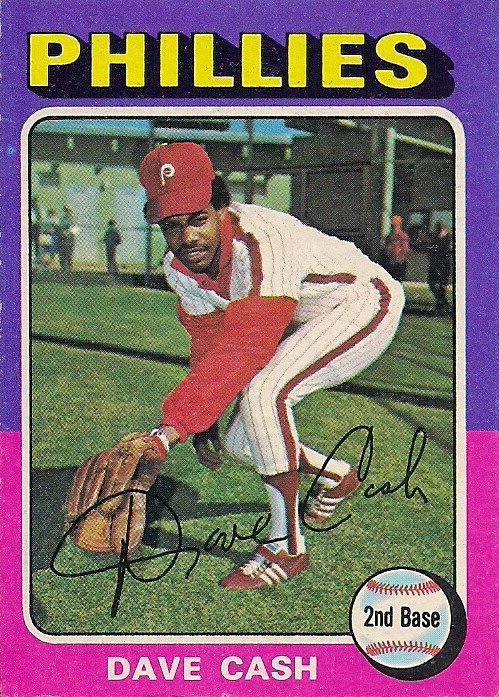 Second base: Dave Cash. A cardboard favorite from the first time I saw it in my friend's collection on the school playground and I had to trade for it. 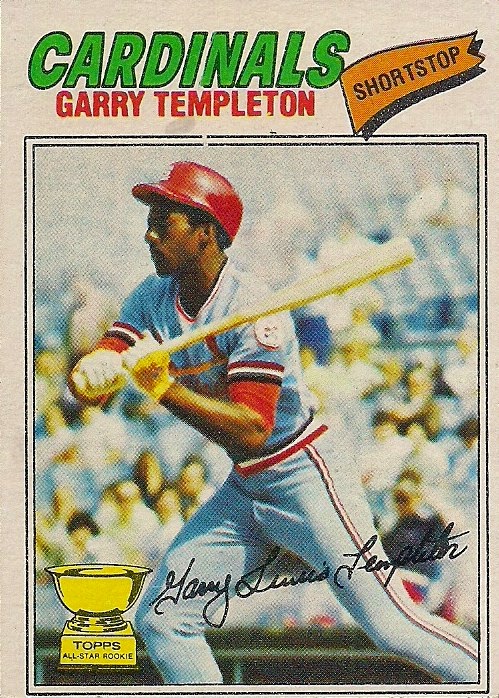 Shortstop: Garry Templeton. There were very few starting African-American shortstops when I was following baseball in the '70s. I can come up with Templeton and Ozzie Smith and that's it. 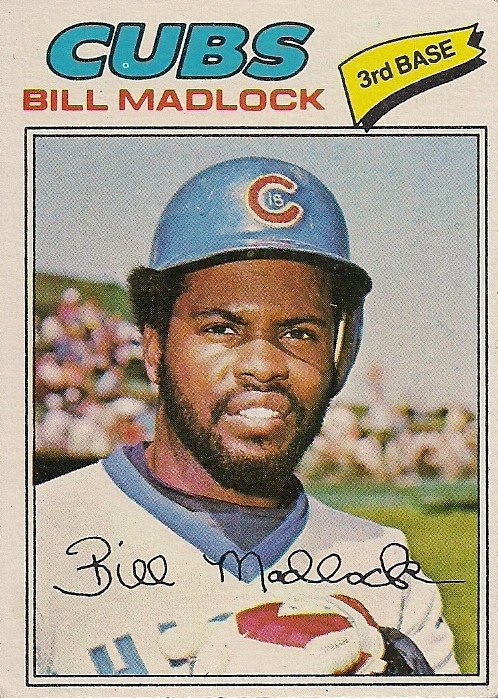 Third base: Bill Madlock. He had to shed his Cubness and Giantness first, but as a member of the Pirates, I liked him a lot. 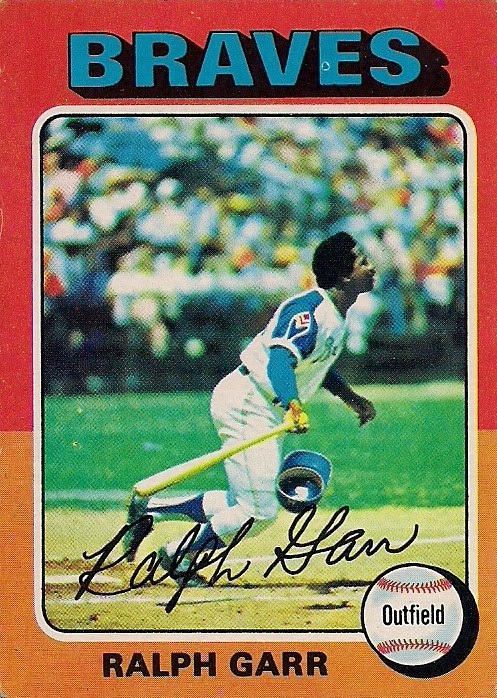 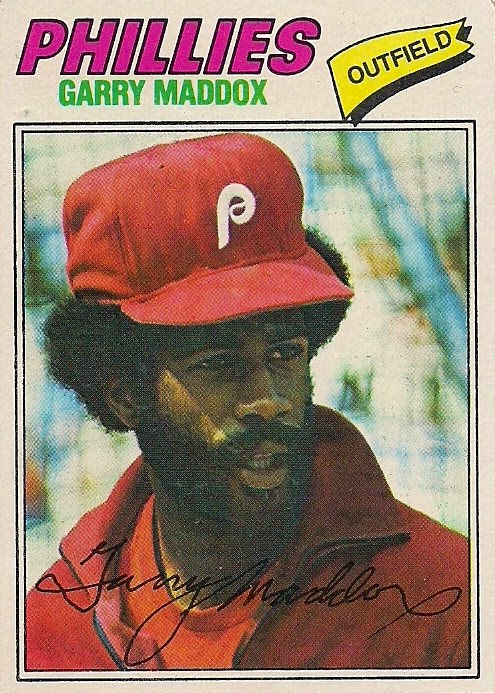 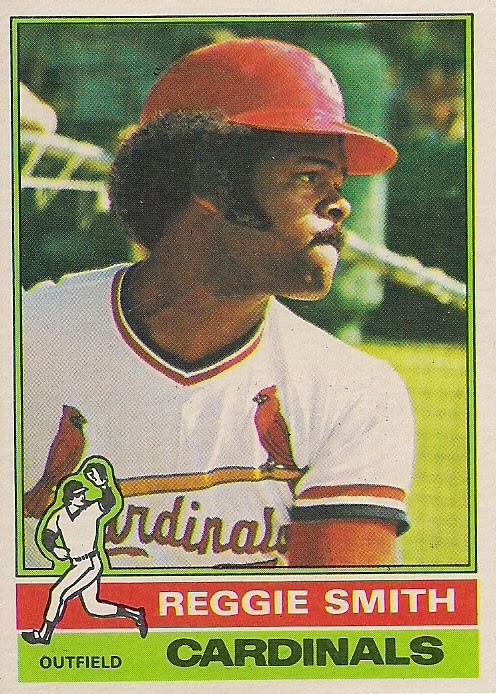 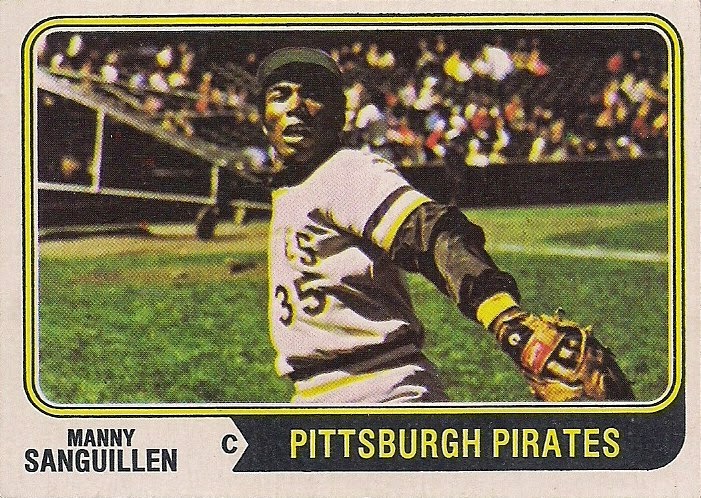 Catcher: Manny Sanguillen. I don't know if his cards do his personality justice, but I still love all of them. 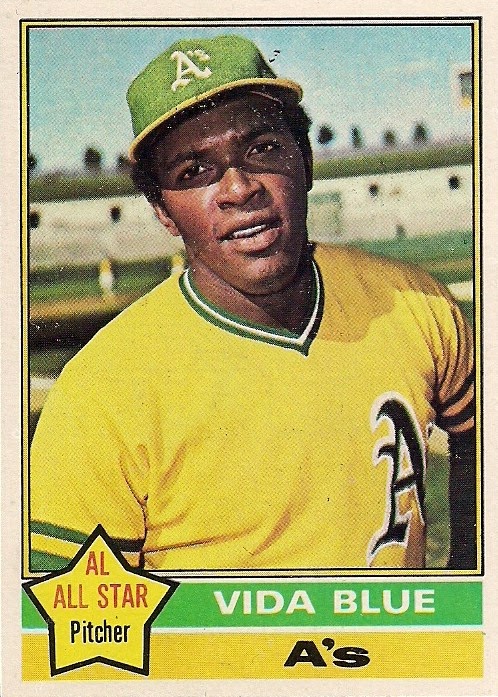 Pitcher: Vida Blue. Blue had back-to-back cards (1975 and 1976) that I absolutely neeeeeeded. Whoever first opened a '76 Vida Blue card around me certainly could see the drool on my face.

There are so many '70s favorites that are missing from this team: Dock Ellis, Cecil Cooper, Eddie Murray, Willie Crawford, Bump Wills, John Mayberry, Willie Horton, Don Baylor, Claudell Washington, Frank White. Heck, I even thought Willie Randolph was OK, and on a good day you could get me to say the same thing about Reggie Jackson.

These were my allegiances during the '70s -- outside of the Dodgers, of course. And that is what helped shape my ideas today, as I read about those players and their backgrounds, and as I grew older and grasped more mature concepts. If Jackie Robinson never broke baseball's color barrier, maybe none of those players emerge when I'm growing up. Maybe another player breaks the color barrier many years later, but it's too late for me because I was a teenager and too old to collect cardboard.

About a year-and-a-half ago, I wrote a story about one of the first black students to play competitive collegiate hockey. It was a long story with a lot of research. I thought of Jackie Robinson when I wrote it and even referenced him in the story. I put my all into that story and I know I wouldn't have if I wasn't raised on baseball the way I was in the '70s.

That story won first prize in a state contest. I have a standing invitation from the story subject to come over for dinner. The owner of the paper said he still gets comments from people about that story almost two years later.

When you think about it, I pretty much owe it to Jackie Robinson.

That was his impact. He changed things infinitely -- on the large scale you always hear about and on much smaller ones like my examples.

You never know who you're going to affect.

GCA said…
Just met Manny Sanguillen Saturday at the Chantilly, VA show. A former co-worker of mine was a prospect for the Pirates back in '74 and had some stories about him and a few other guys...
April 16, 2015 at 9:48 AM