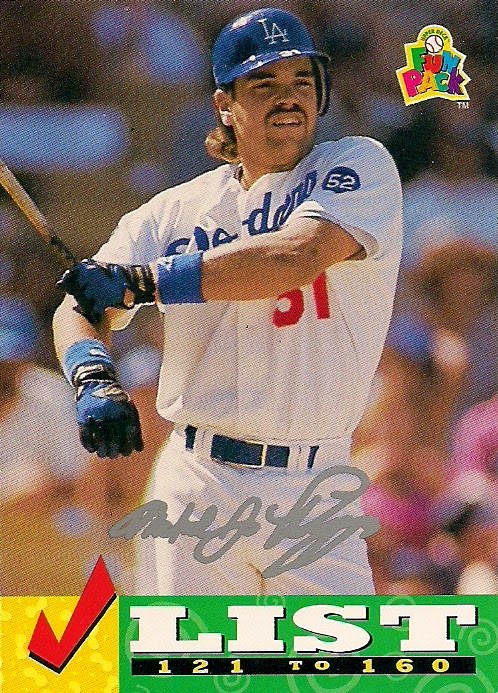 Three weeks ago, I had to go on a little road trip and I would be out of town for a few days without my cards.

So, fortunately, an envelope showed up in the mail from Dime Box Nick just before I was about to embark, and I threw it in the car with all of the luggage. I knew right then and there that I would be opening that envelope on the way.

Now, before you get all judgy, know that, yes, I did open the envelope while I was driving, but I did it when I was in the middle of such thick traffic that I could have taken up sewing right there behind the wheel. I wasn't going anywhere -- might as well look at some cards.

As I sat there, sifting through cards in the driver's seat, I noticed 20 items. Of those 20 items, I calculated 10 that I needed. "Hey, that's pretty good!" I thought. "Exactly half!" Then I frantically clutched the wheel because we had started moving again.

Unfortunately, this was just road trip math and very very sloppy. It turns out I needed just 9 of the cards. The card above is a dupe. Who would have figured one of the silver signature parallels would be a dupe? You know what this means don't you? It means I have seven of the base card Fun Pack Mike Piazza checklist just sitting in the dupes box, when I actually need one of them a binder. This is infuriating.

But still, nine is pretty good coming straight from a dime box unannounced.

So let's see what made the cut and what I was looking at there behind the wheel in the middle of Rochester when I could have been texting. 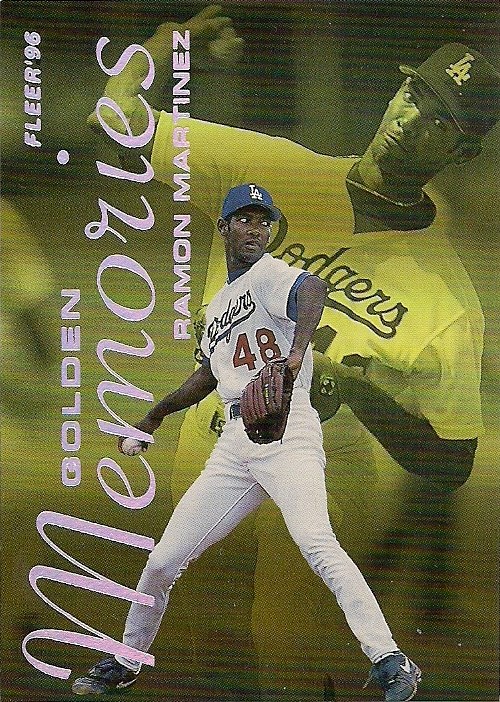 Probably the fanciest card in the envelope. This is a card that remembers Ramon Martinez's no-hitter. But it's not just a memory, it's a GOLDEN memory. The 1990s and their gold, man. 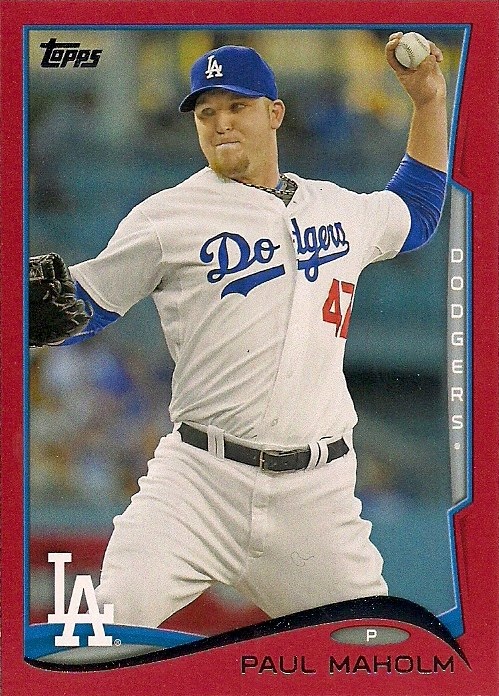 Wave goodbye to colored parallels in the base set. I am wondering if the colored parallel is just taking a one-year holiday and will return next year. Mr. Maholm, meanwhile, is never returning to the Dodgers. This I know. 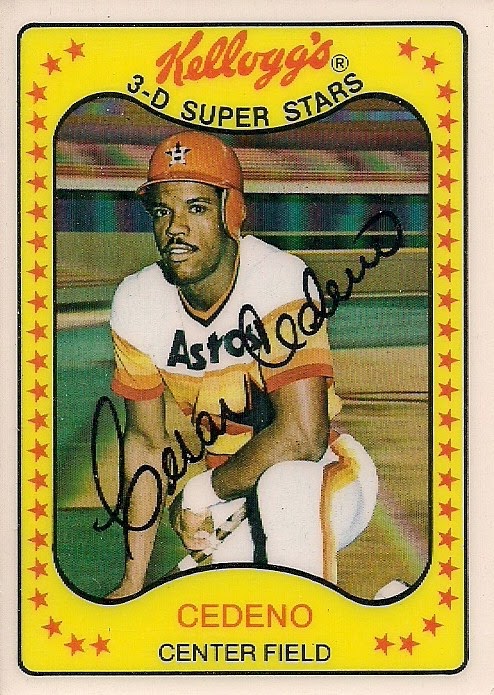 The lone non-Dodger need in the envelope. I think a blinded the driver in the next lane over with this card. 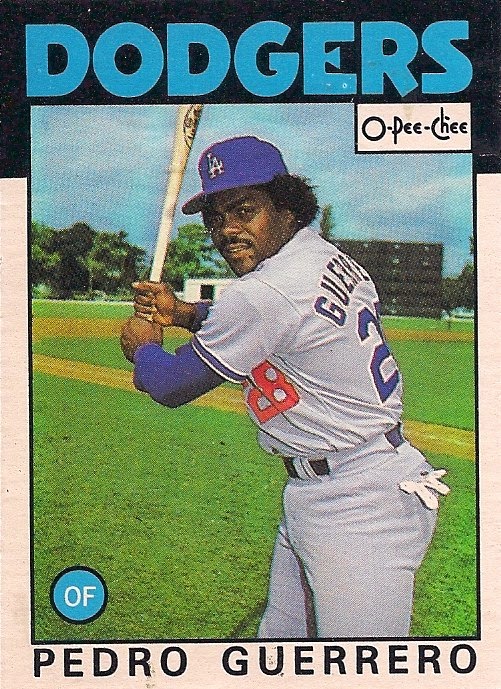 Sticker Pedro and Canadian Pedro. Guerrero is a profane laugh riot on Twitter. I love how 50 percent of his tweets are ripping on the Giants. Comical. Pretty much everything I would say, too. Except with a few less f-bombs. 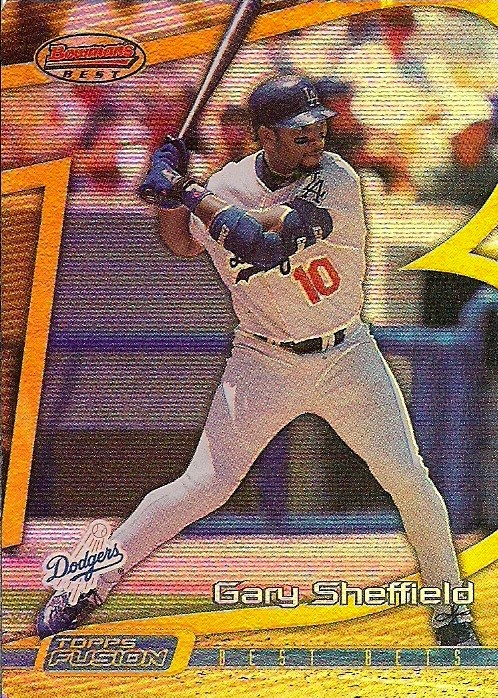 This is a Topps Fusion card, not a Bowman's Best card. What a weird set. There is no way I categorize this correctly in the binders. 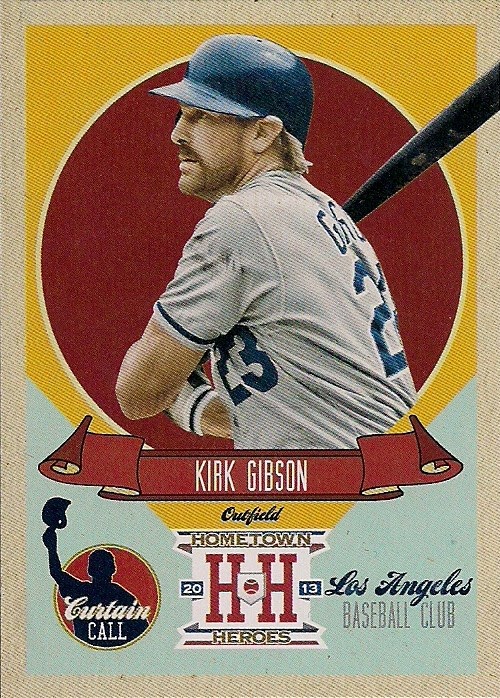 Another Hometown Heroes need down with Curtain Call Gibby. Have I mentioned that this needs to be a set every year? What else are you good for, Panini? And don't tell me Donruss. 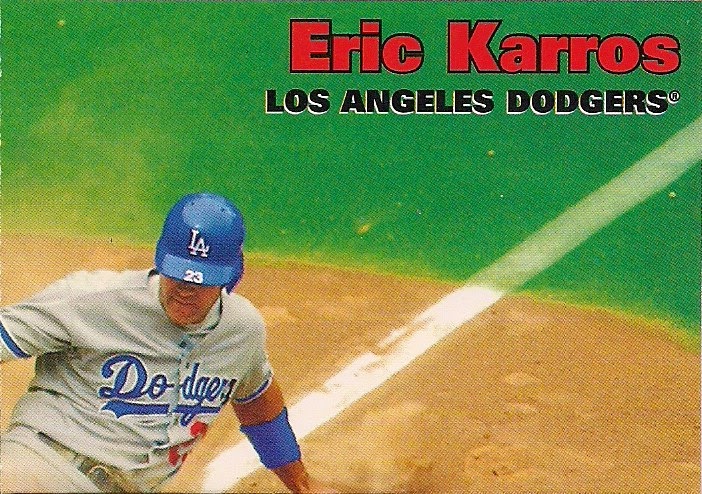 The road trip count ended with a couple of Eric Karros items.

This "card" may look weird to all of you who aren't Fleer Sports Illustrated aficionados. But that's because it's not really a card ... 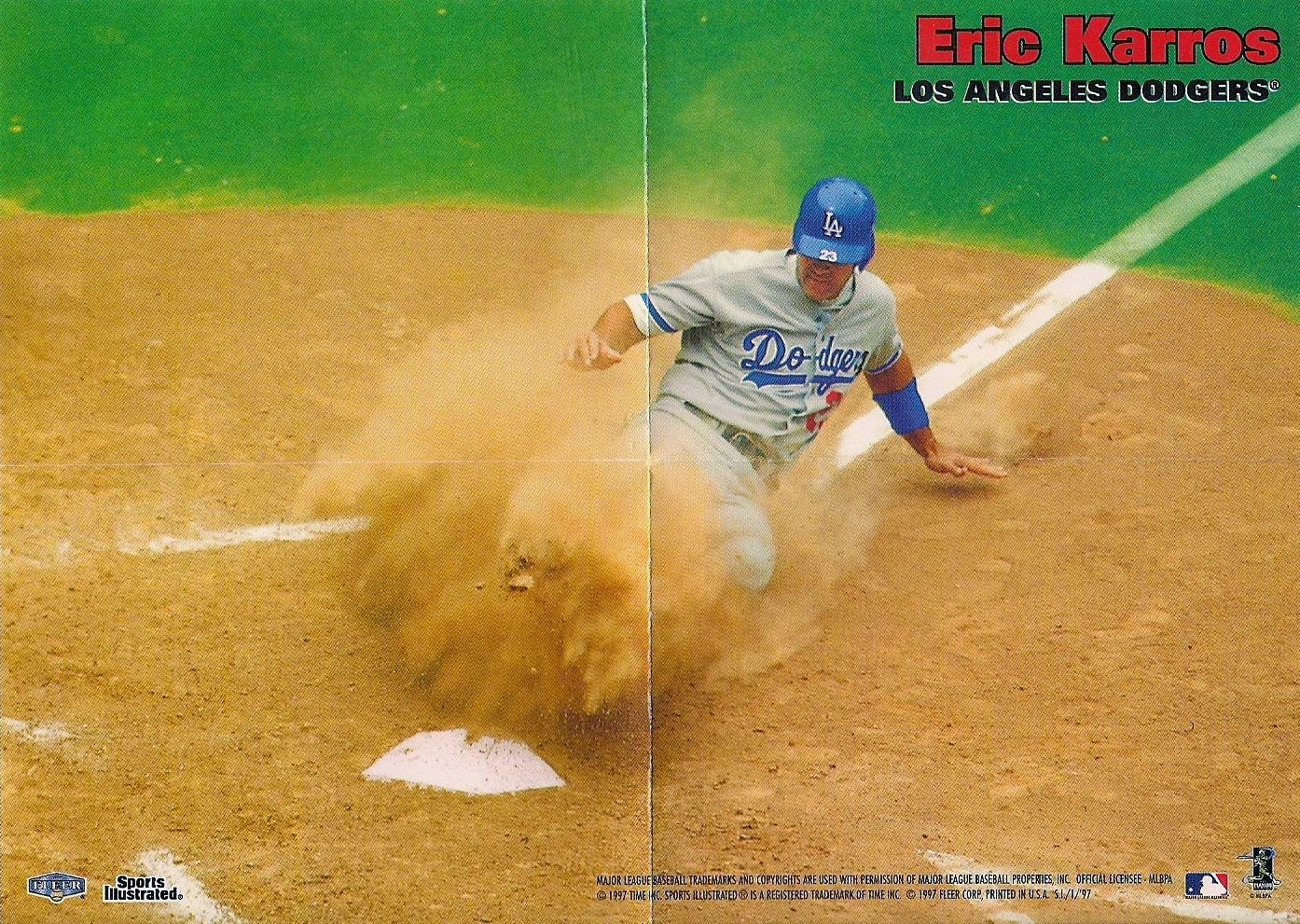 Of course, we card collectors can't keep it that way. Everything has to be compartmentalized and restricted into a page in a binder.

Yup. I'll be pretending it's a card.

Card companies have us trained so well. Like dogs in the circus. 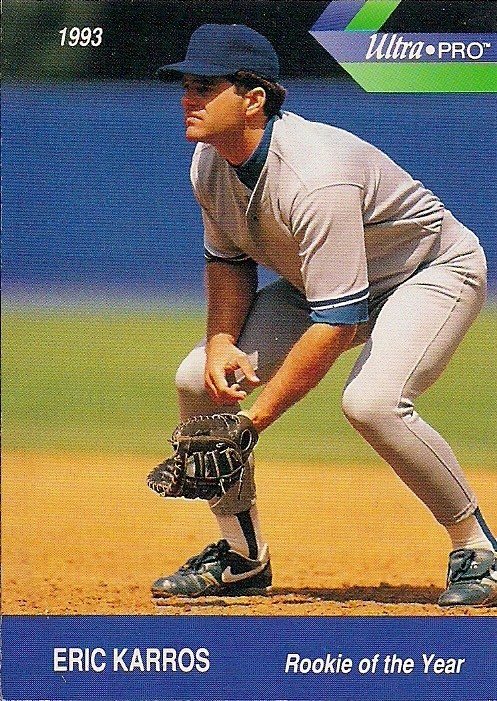 Last card is one of those unlicensed UltraPro items. This is actually the second of five in the Eric Karros UltraPro set.

He can go with his more unconventional buddies in that set: 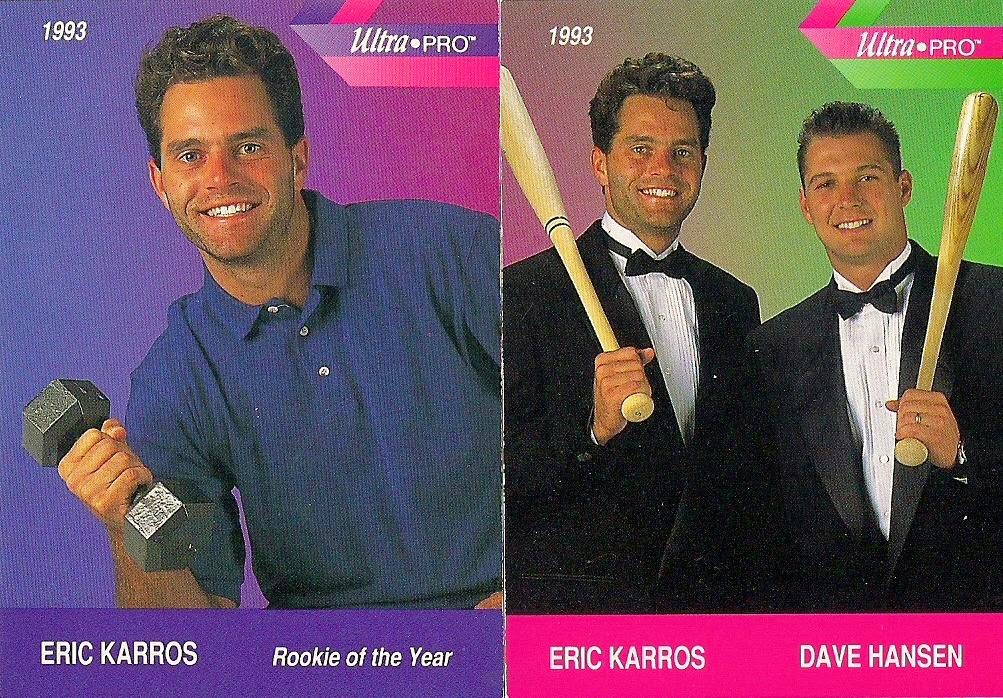 You'll be happy to know, I reached my destination in one piece and the cards were intact, too, although they flew through the inside of the card during a couple of hectic traffic situations later (I swear I'm driving in India some days).

I have another road trip coming up soon.

I hope there's another envelope I can bring along.

Those are long trips you know, and you don't expect me to just drive do you?

JediJeff said…
What was Karros listed at height wise in the media guides, cuz that hair added another 4 inches easily.
April 24, 2015 at 8:23 PM

Tony L. said…
Are you missing the card from the Karros set where he's hanging out with Slater and Zach from Saved by the Bell?
April 24, 2015 at 9:54 PM

Fuji said…
Normally, I'd be all over the Kellogg's card... especially with Cedeno in that awesome Astros uniform. But my favorite card is that Sports Illustrated poster. What an awesome photograph of Karros.
April 24, 2015 at 11:51 PM

Nick said…
Glad you enjoyed the cards! Here's hoping my envelopes don't cause any future car accidents.
April 25, 2015 at 2:51 AM