Here comes even more 2015 Topps, plus define the design 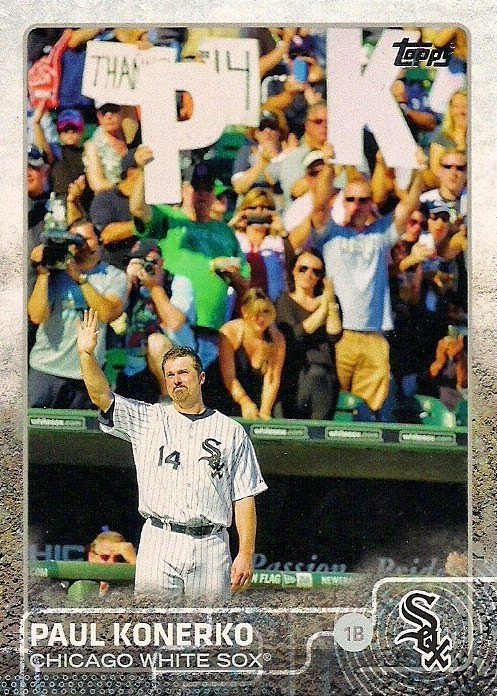 I'm getting oh so close to finishing series 1 of 2015 Topps, and, yes, I hear the people who completed it in the first week of release snickering.

Three more people sent 2015 Topps, all in close proximity, just like the last time. So let's see if I can get the same card sent to me in all three packages once again.

The first cards I have came from Jeff at One Man's Junk (Wax). Let's get a look at them assembled in puzzle-like form: 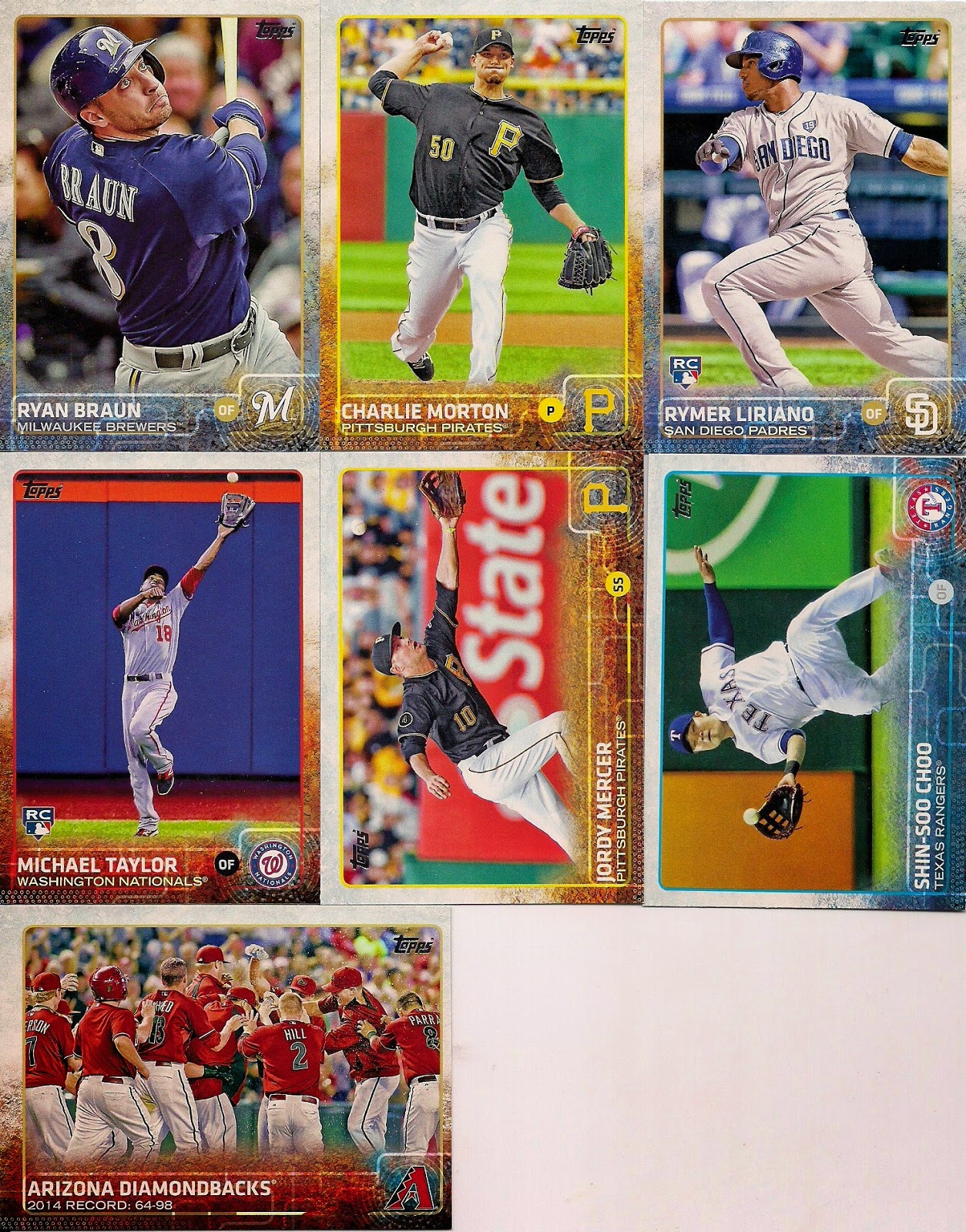 Can I say that I'm still not tired of the design? Wonderful set.

I wasn't able to keep the horizontal cards horizontal and fit them on my tiny scanner, so that's why some are tilted on their side. 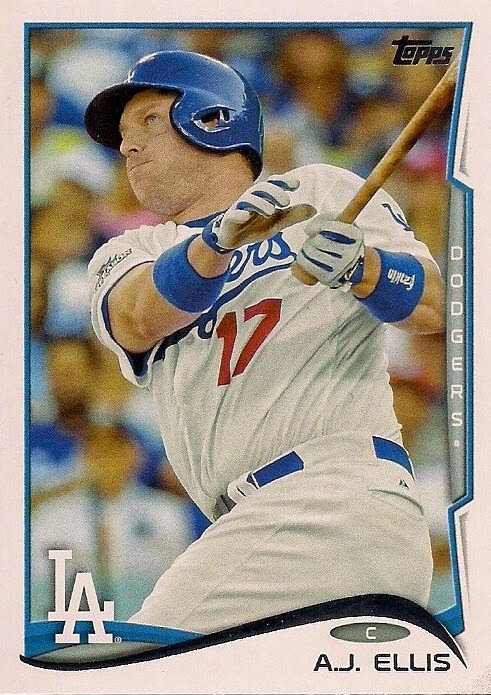 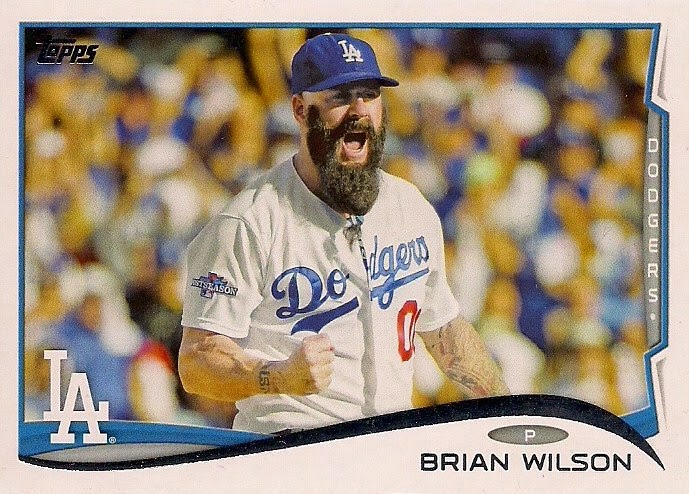 OK, next up is Pat from Hot Corner Cards. 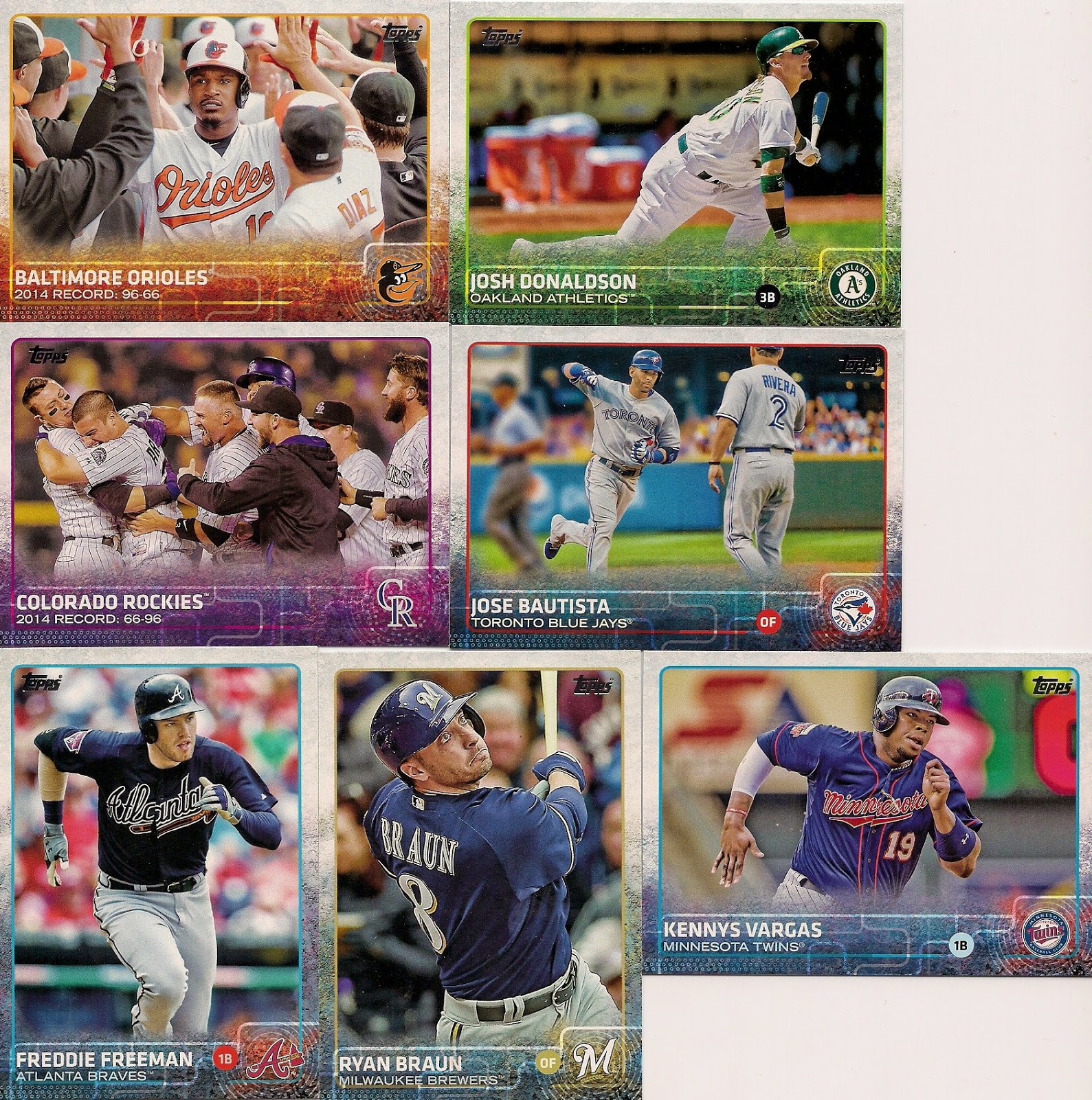 Lots of horizontal cards there. But the only duplicate from the previous group of cards is Braun. Freeman, though, I've seen several times now and I'm starting to wonder if I really needed the card in the first place. Maybe everyone has 400 Freddie Freeman cards. 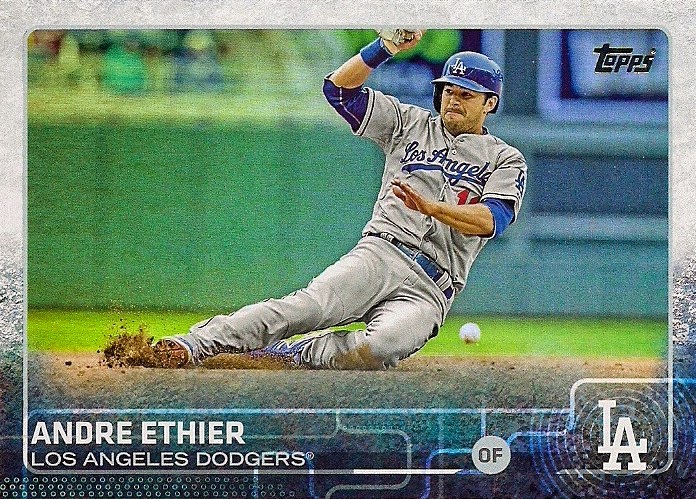 These foil parallels are the most useless cards to scan ever.

Trust me, this is a foil parallel Ethier card. Wee.

OK, the last group of 2015 cards are from Dave, whose cards have shown up on just about the last 14 posts. He needs to produce a Braun card or the whole exercise is a complete failure. 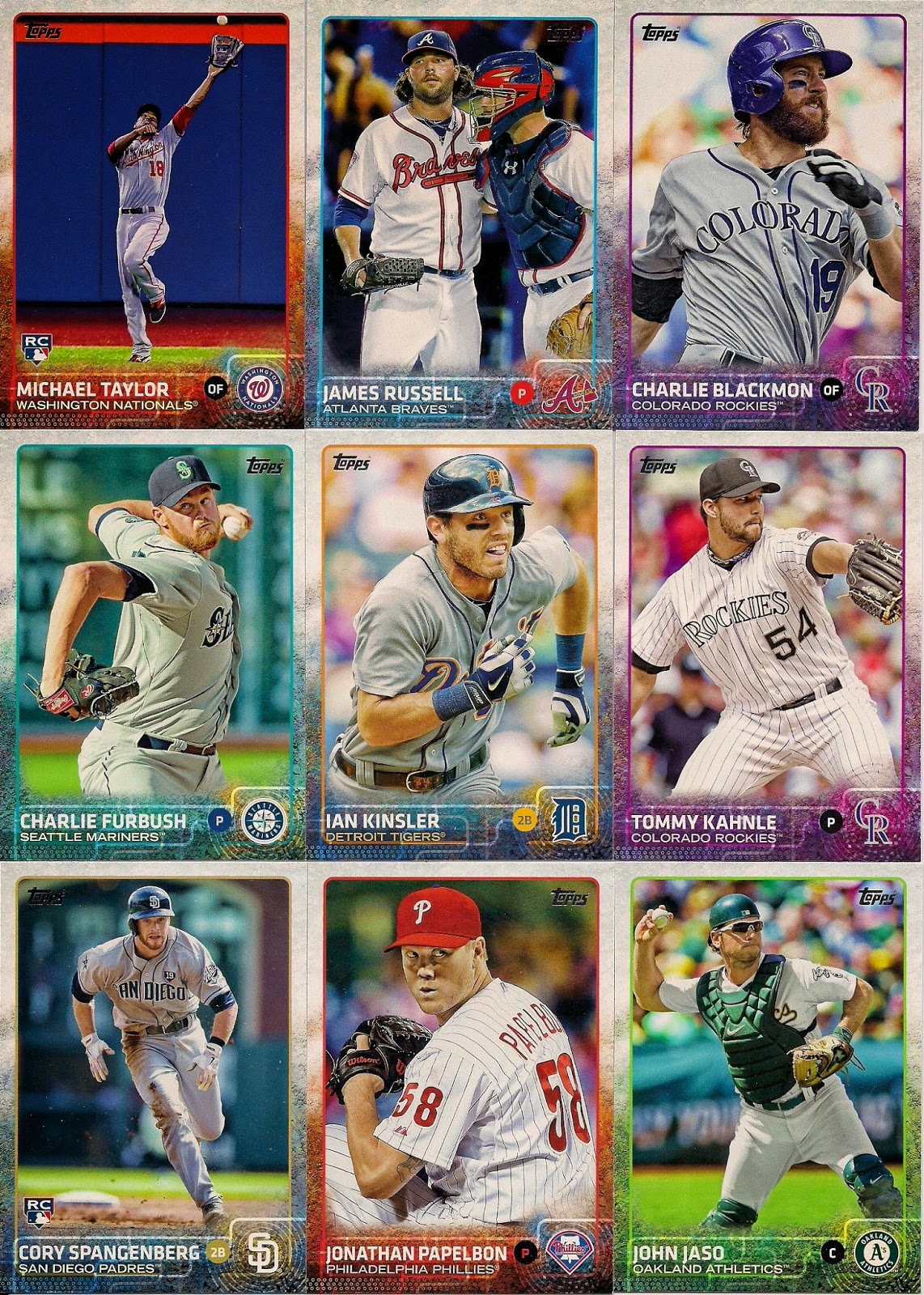 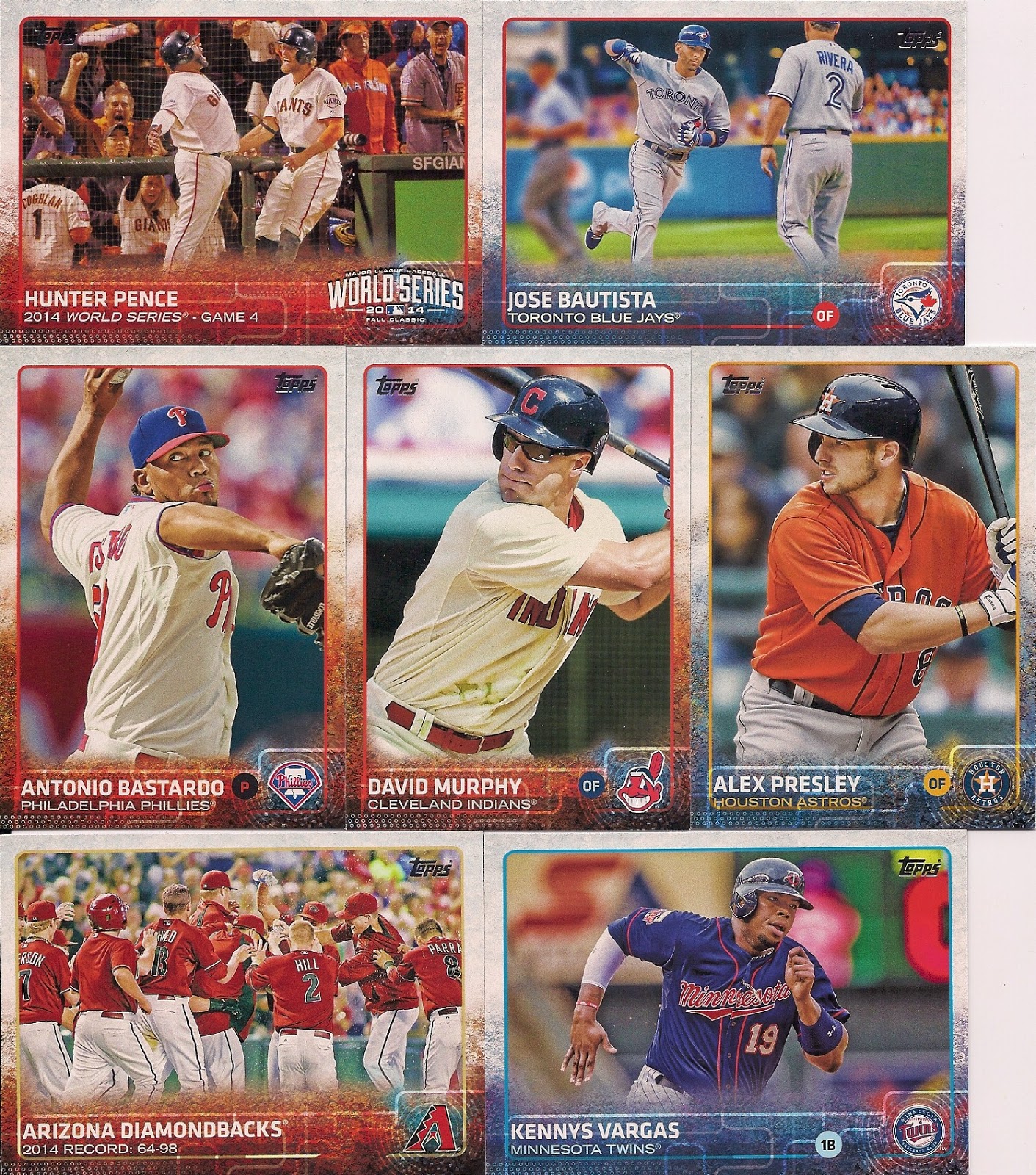 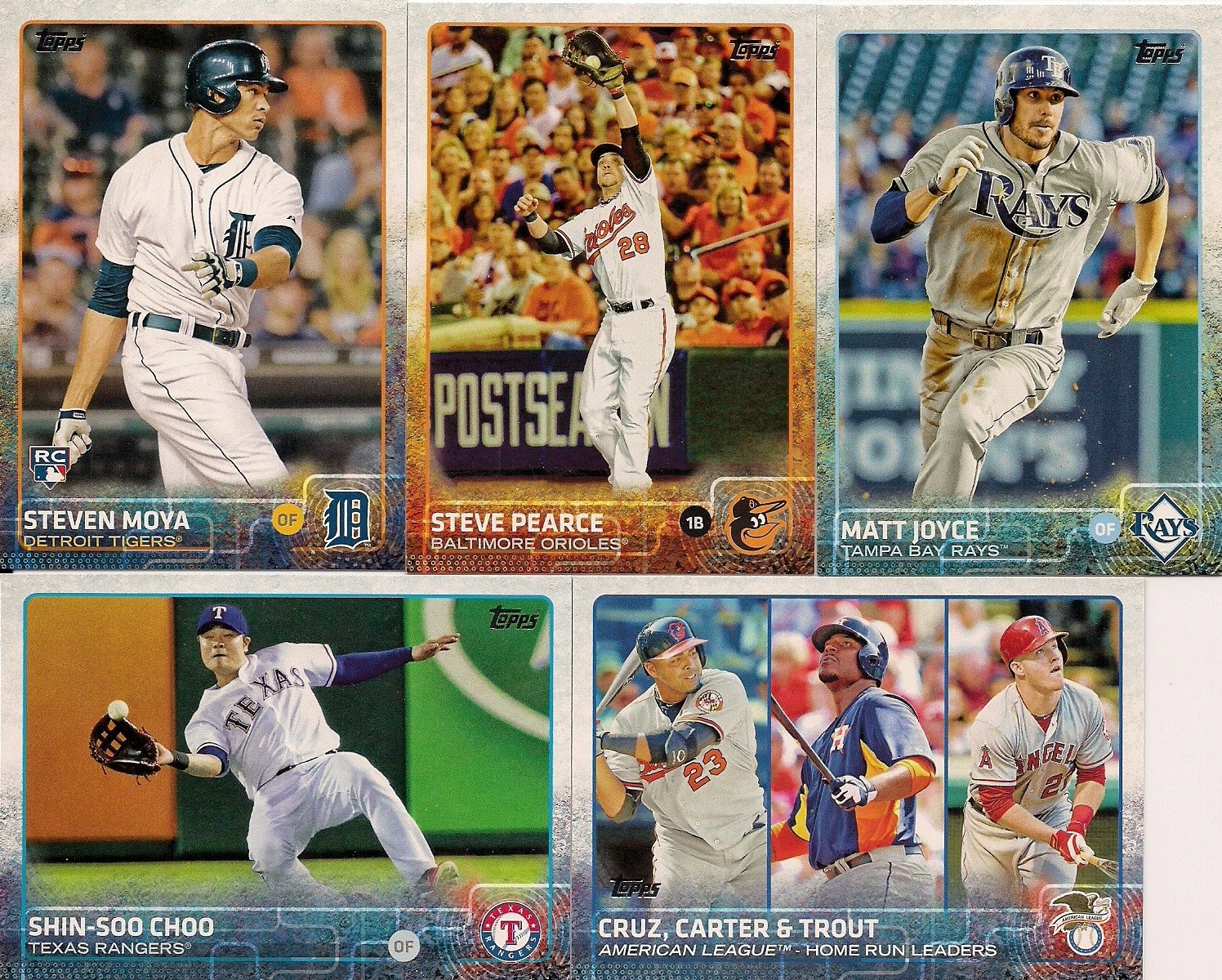 Rats. No Braun (I never thought I'd ever say that).

Of course, I win anyway because that means more cards off the want list.

After careful calculating that I'm sure is incorrect, here is what I need now:

Not bad. I can hear the apathy rising over Series 2 already.

But before I sour completely on 2015 Topps, we have to come up with a name for it.

I've heard -- either from myself or others -- several names for the set. The ones I like best are the "Sonar Set" or the "Stucco Set."

I don't know if it's fair to name it one or the other -- or a combination, call it the Stucco Sonar set -- but I've put up a poll, so people can choose. I've also left a "something else" option. However, if the "something else" option wins, that means I'm going to come after you asking what the better name is. And, if I don't like it, then it's back to Sonar or Stucco.

The poll is over on the sidebar. Put it on the booooard --- yes!

(Did you really have to bring Hawk Harrellson back into my life before it was completely necessary?)
April 4, 2015 at 12:05 AM

hiflew said…
I'm still stuck on the CSI Set or CSI:Topps Set. The fingerprint plus the laser effects look a lot like the logo.

Anonymous said…
Something I saw or read in the past must've bubbled to the surface of my brain with this set, because when I saw it the phrase "Organic Circuitboard" popped in my head, and I've stuck with that ever since.
April 4, 2015 at 11:20 AM

Stubby said…
I've been calling it the CSI set. Lots of folks focused on the "fingerprint" or "sonar" thing, but there's a lot of other stuff going on. Besides "CSI set" has a nice alliterative flow to it. I dig alliteration.
April 4, 2015 at 1:44 PM