Look! I'm in the club 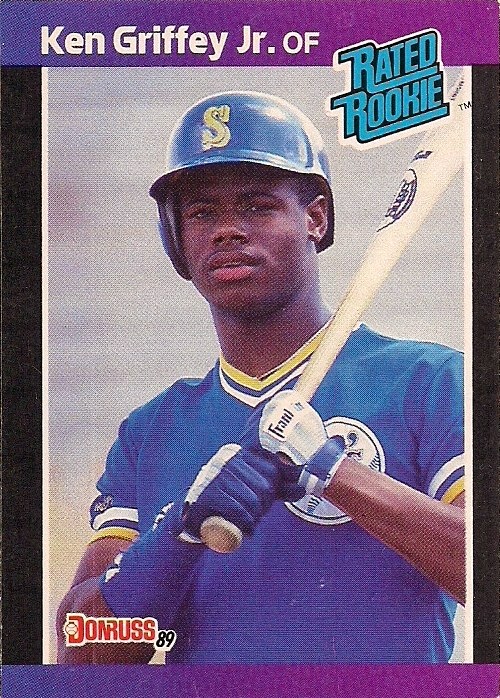 A few posts ago, I wrote about how I was a "cardboard tweener," someone who was raised on baseball cards between the arrival of the two great breakthrough players in cardboard history -- Mickey Mantle and Ken Griffey Jr.

I said I don't have much interest in acquiring cards of either player, despite the fact that cards of those two are pursued by vast quantities of collectors. Griffey cards are coveted by bloggers, in particular, probably because most folks chasing Mantle cards are still trying to figure out email.

I've always felt like an outsider because I don't care about owning the famed '89 Upper Deck Griffey or any rookie Griffey.

But the biggest Griffey card collector that I know was not going to stand for that.

I knew it was coming and here it is. I'm the proud owner of a Ken Griffey Jr. rookie card.

It's not the Upper Deck rookie, but that doesn't matter to me -- didn't you just read what I said? -- I prefer the Donruss Griffey anyway, as someone who is a closet collector of '89 Donruss (shut up, no, I don't want your '89 Donruss).

So, now, I'm in the club. So what do we all do in this club? Tell stories about the first time we saw Ken Griffey Jr? Roast mini marshmallows shaped like Griffey's head? Tell me! I'm one of you now.

Of course, as an enthusiastic player-collector, the Junior Junkie knows that Hideo Nomo cards are more of my thing, and he sent a whole bunch of them.

He even sent cards of Nomo on other teams: 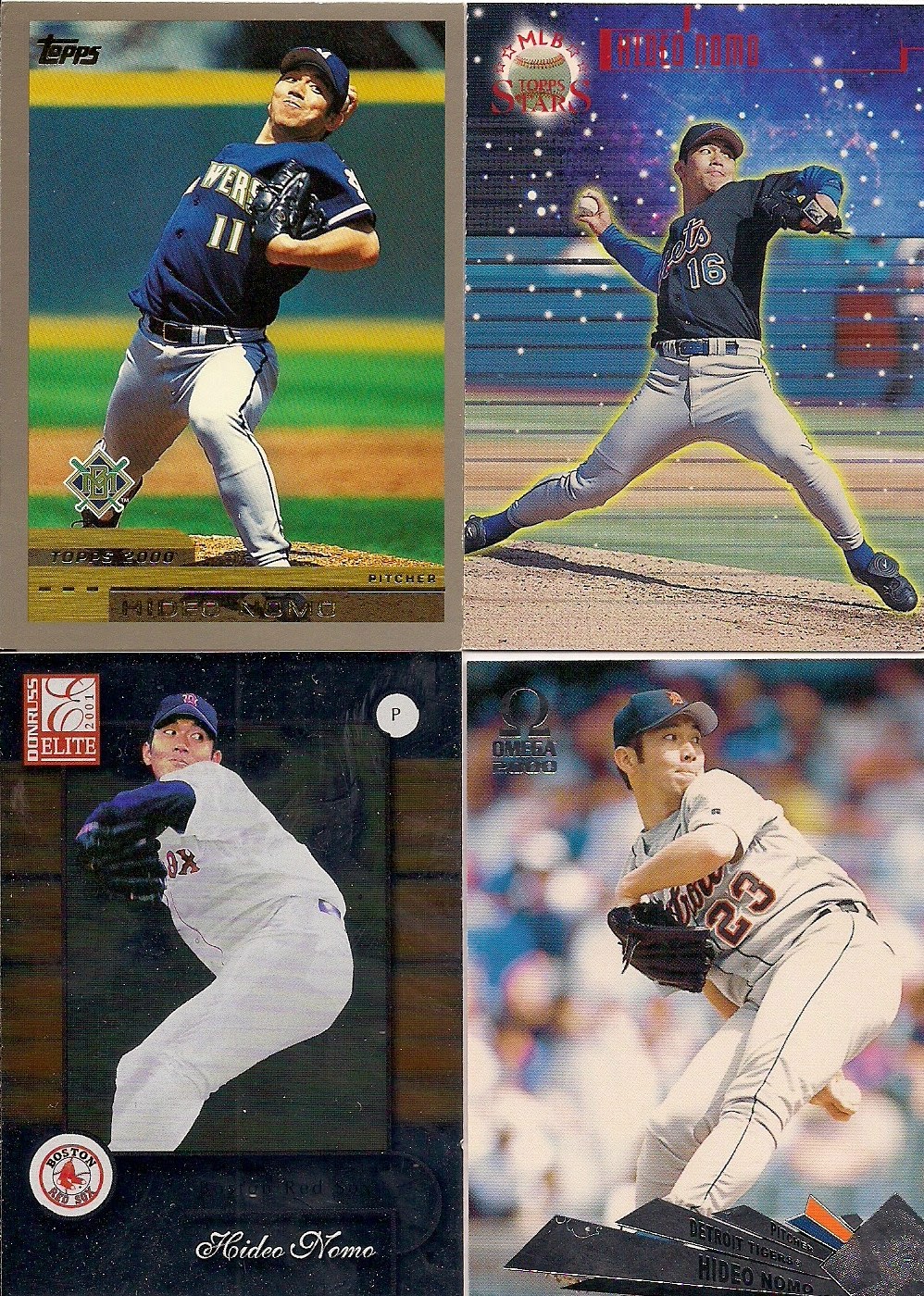 I don't really collect those ones, but they're nice to get.

As for the Dodgers, I can't believe I'm saying this, given how many Nomo cards there are, but it's getting slightly tricky to find a Dodger Nomo card that is new to me. 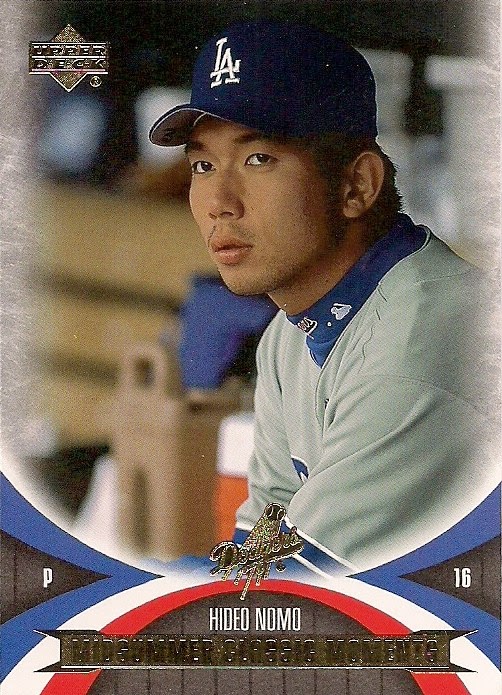 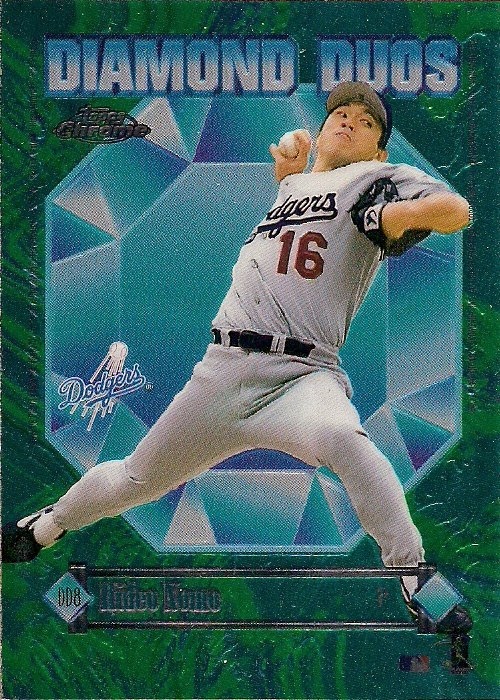 The Diamond Duos card is particularly snazzy, although it pulls that late '90s trick by featuring Mike Piazza on the back, so now I need a second card. I hate that trick. 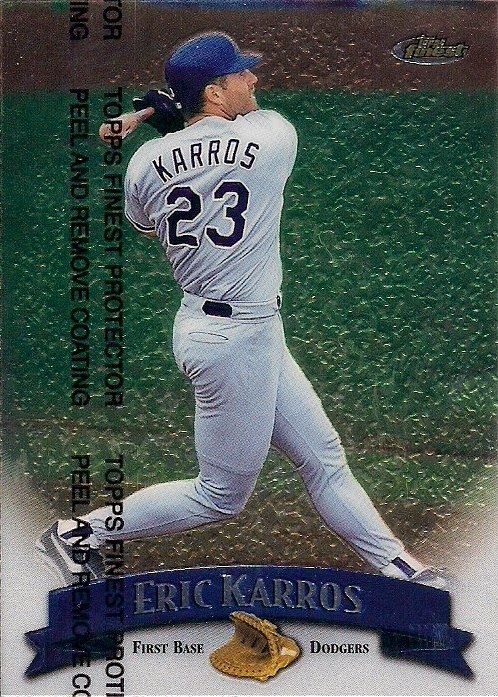 The Junkie also filled some other 1990s (and 2000s) holes in my Dodger collection. 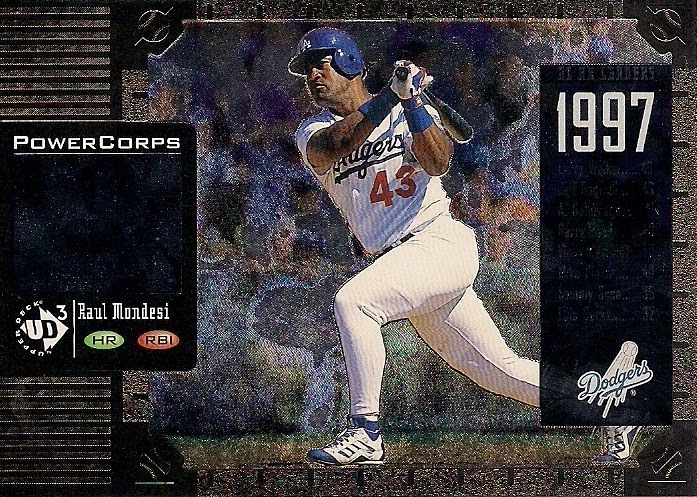 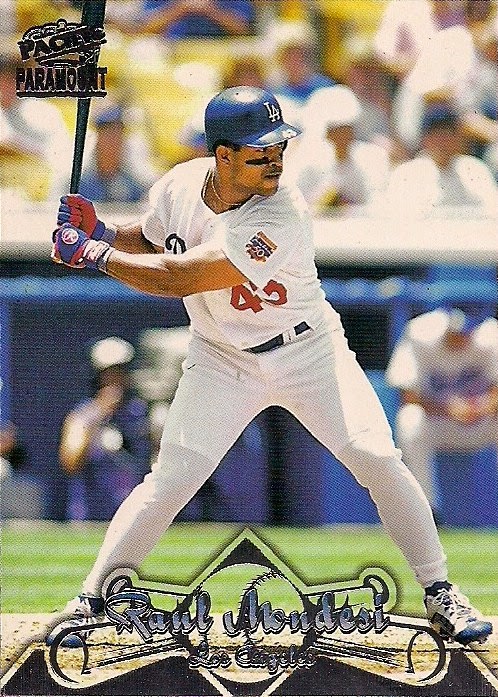 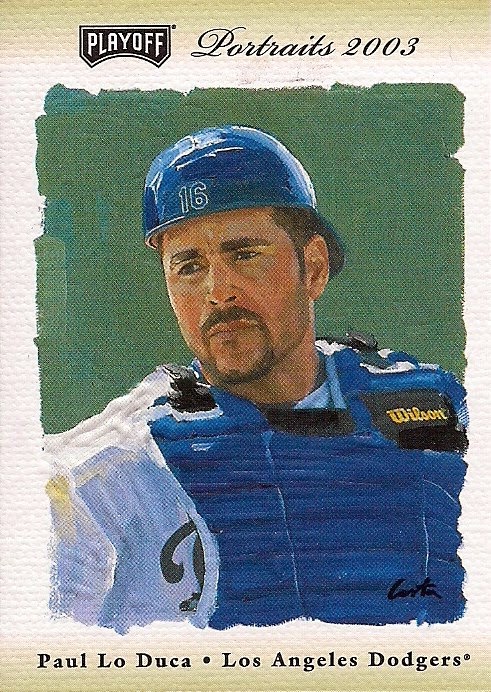 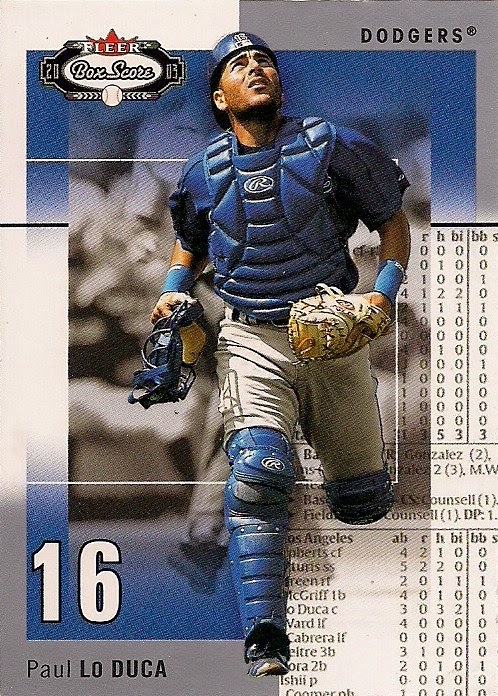 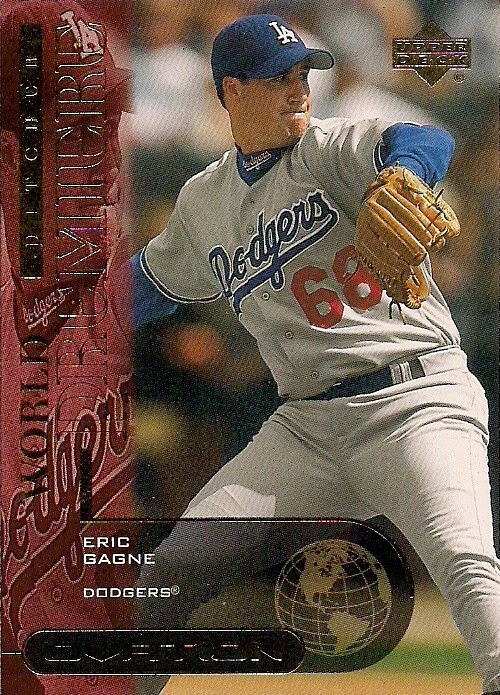 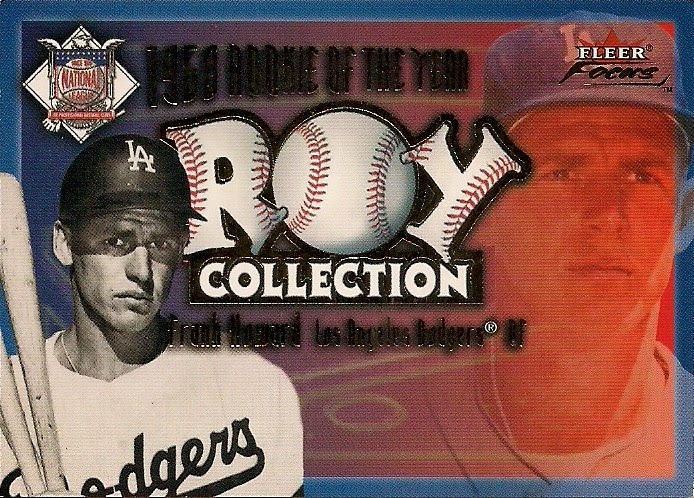 I love that Frank Howard card. 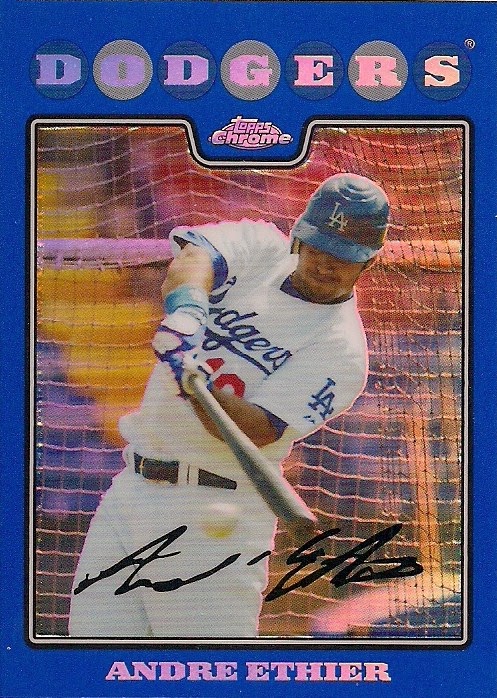 I have this card already, but it was scanned by the old scanner, which didn't know how to treat refractors. My recent scanner -- despite all of its faults -- knows refractors. See it shine. 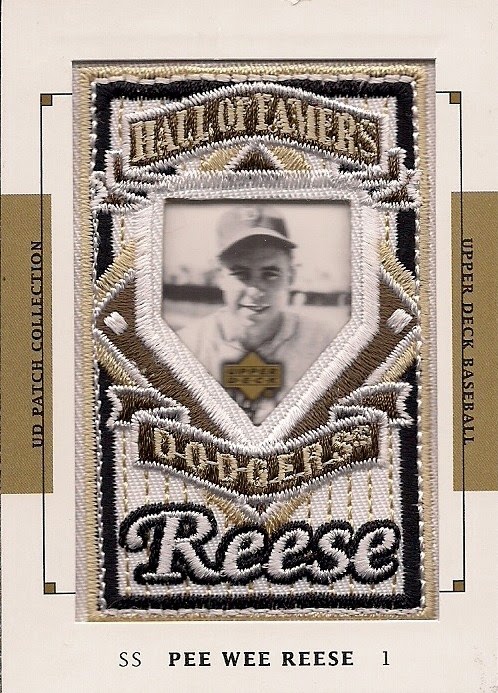 Here is what is known as "patch overload". This card is very thick -- so it can accommodate all of the patchiness. The photo of Reese is recessed and so tiny that it's like looking at his photo in a microscope. However, form a row of these cards and you could roll around in patchy glory for days.

As usual, the Junkie's card package also arrived with beads. 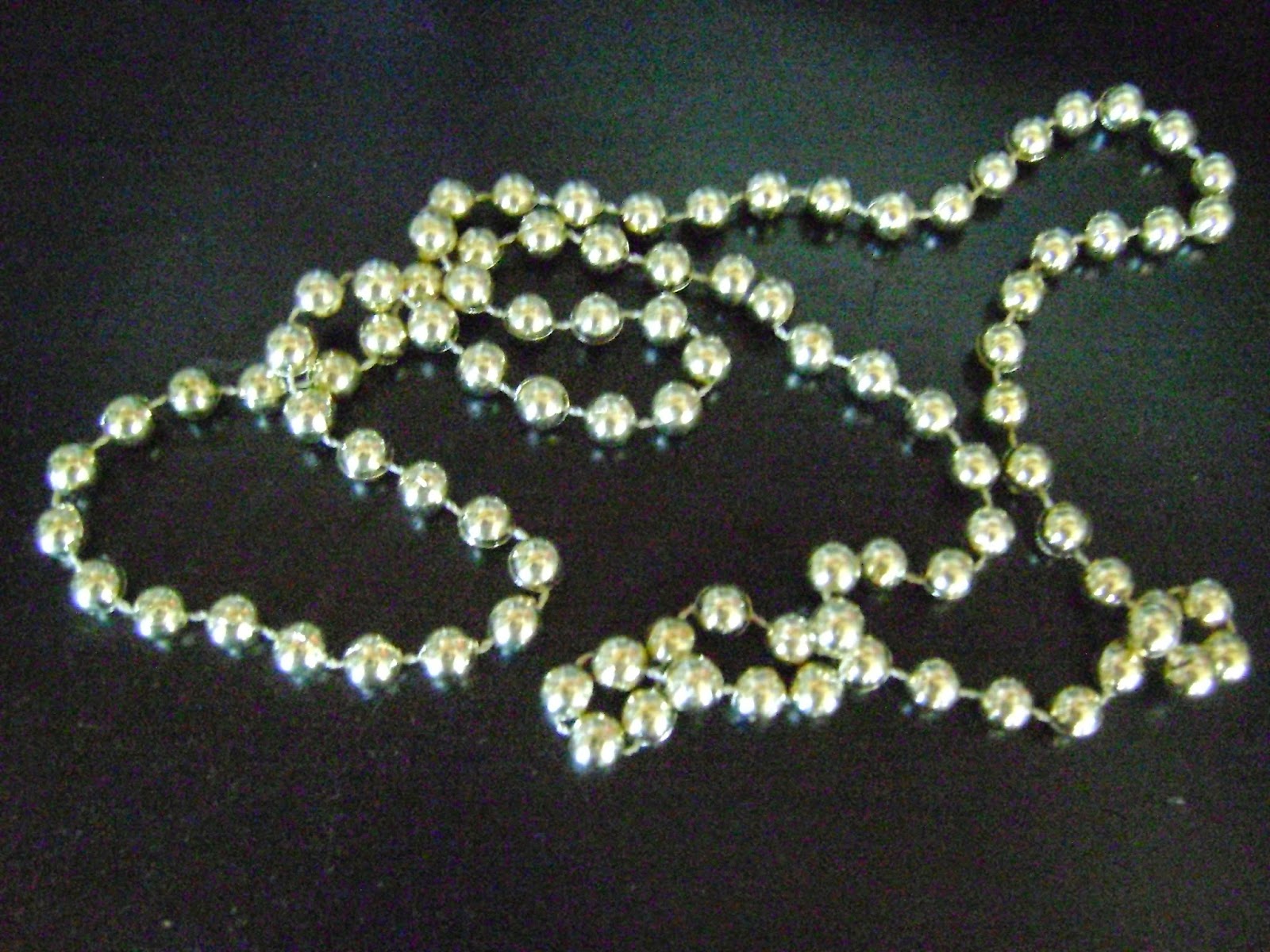 It's too bad I didn't post these cards when they showed up a week or two or go because I could have shown funky a picture of Mardi Gras beads in the snow.

I have now assembled enough beads that I'm tempted to throw them out the upstairs window and see what happens. 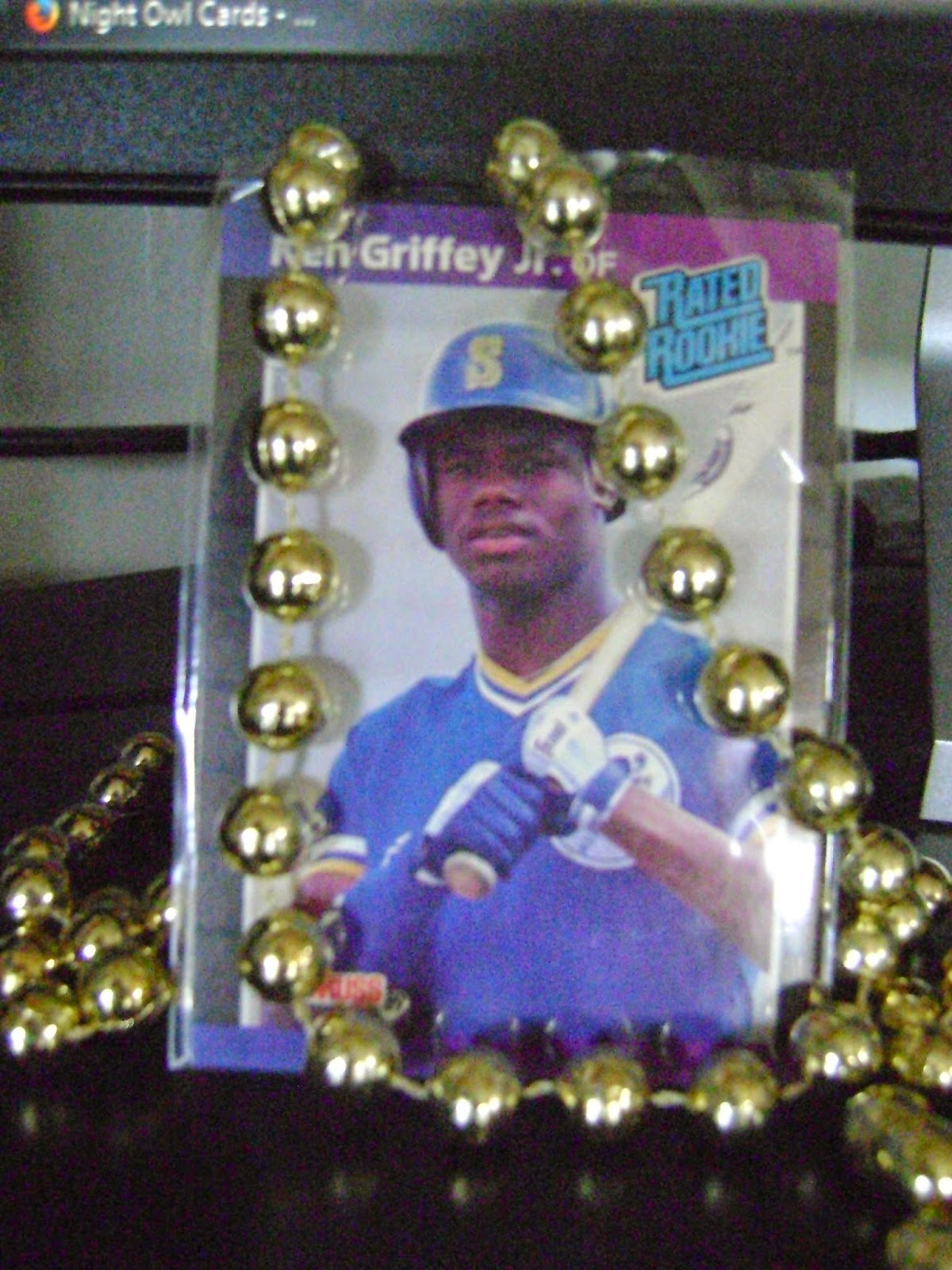 I, too, love that Frank Howard.