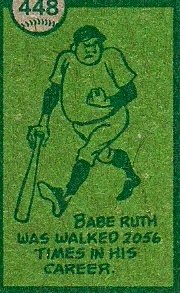 But I'm not going to do that. Instead, it will be merely implied.

I was just going to mention that I have known by heart the number of times that Babe Ruth walked in his career ever since I pulled Ellie Rodriguez's card out of a rack pack in 1977. It was the first card I pulled, it was a Dodger, and I know that caricature Babe Ruth scowl anywhere.

But not all of the cartoons on the backs of baseball cards were meant to give you knowledge about the game. Sometimes the drawings helped you get to know the players.

For example, Ron Blomberg must be a very pleased basketball fan these days: 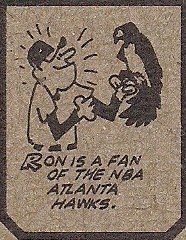 And Elliott Maddox collected something that I'm not sure they make anymore: 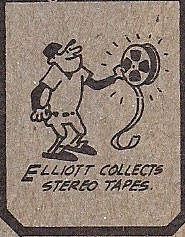 I'm assuming this has something to do with 8-track tapes.

The world has certainly changed. You will notice this right away when you view baseball card cartoons. 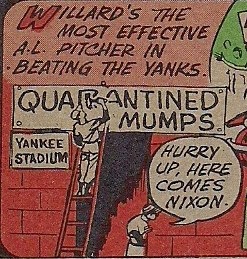 When was the last time there was a good joke about a mumps outbreak? 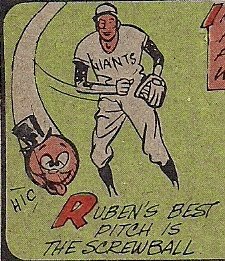 At one time it was amusing to depict a screwball as a fall-down drunk Dudley Moore-Arthur character. Booze humor for the kids! Excellent decision-making there. 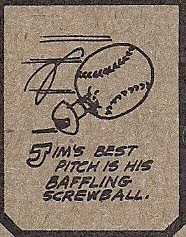 By 1974, Topps had updated things so a screwball merely meant jamming an actual screw into a ball rather than inhaling a screwdriver and then delivering a pitch. 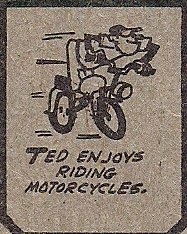 Time has advanced in other ways, too. How many front office types would be thrilled about a ball player broadcasting his love for speeding motorcycles?

But I know at least one player who was happy about it: Tim Johnson, a shortstop for the Brewers: 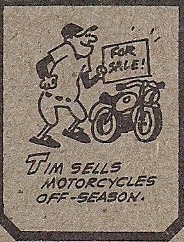 Better business for him. 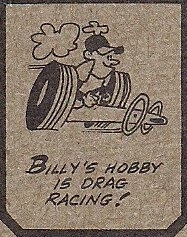 Good luck getting a contract in 2015 with that hobby, Billy. That's why they make video games these days.

Finally, there were many reasons for me wanting to be a baseball player when I was a kid. The game is fun of course. You would be able to play it all the time. You would get to play on TV. And you'd get to go all over the country.

And some of the players also got to be bachelors. I didn't know what a bachelor was. I even had a difficult time pronouncing the word. But it seemed like bachelors were very well liked and something to be.

I'm not sure where I got that idea. 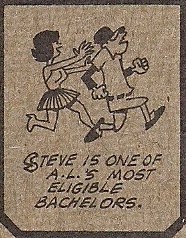 I learned more from cartoons than from four years of math classes.

Josh D. said…
That same lady is ogling Luis Melendez and chasing Steve. What a two-timer!

Anonymous said…
Something you'll never see again even if they do put cartoons on cards: There are two very similar, yet distinct, cartoons about a baseball player riding a motorcycle. Now they'd have the same cartoon twice and change the caption.