Making the same mistakes but with better results 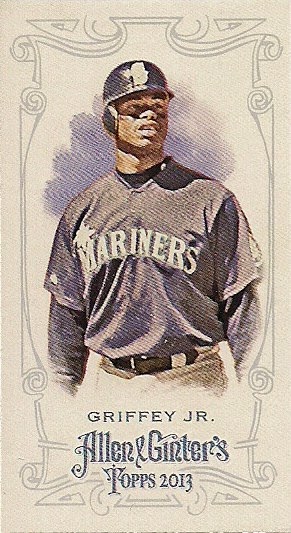 The myth of New Year's is that a flip of the calendar will change you as a person.

I think we all know that's not true. If you want to change, you have to do some work. But even with that, you're still basically the same person. Habits and outlooks are changeable. But you will still be you.

This was never more clear to me than when I was in the Target card aisle today, the very first day of 2015.

I buy cards a lot on New Year's Day. The stores are deserted. The weather sucks. People are brainwashed by college football. It's a great time to find some cardboard. Besides, it's one of the few times I have cash -- because someone gave me one of those nifty red Target cards.

My pre-Christmas plans, if I were to receive one of those Target cards, was to spend it on some 2014 Allen & Ginter. I had so little money in the past year that I managed just one blaster of the stuff and a couple stray packs. It was time to prove that I was still serious about collecting the set.

And this is where the "you can change the calendar but you're still the same old night owl" comes in.

I wrote just last night about my worst cardboard purchase of 2014. It was when I bought a blaster of 2012 A&G hoping it was on sale, but it wasn't. Well, today wasn't quite that bad but almost. I've been so far out of the loop on modern cards that I grabbed a blaster of A&G thinking it was from 2014 when actually it was from 2013.

How is someone supposed to know these things? Each year there's some old-timey design with some old-timey ballplayer posing on the box. They all look the same. And why in the hell are there four boxes of 2013 Allen and Ginter on a shelf in 2015 and NONE of 2014 A&G?

OK, so all of those are excuses. Very good excuses, but excuses.

The buyer must beware and I'm not aware of anything anymore.

So I had no idea that these were 2013 cards until I was home, had the blaster open, ripped apart the first pack, and found myself staring at a blue border.

I could feel my brain stall out.

By the time it recovered, I was already in damage control. "OK, this isn't so bad. It was a gift card, it's not my own money, I still need to complete the 2013 set, there is still the frankenset mini binder. CALM DOWN. Why do you have to freak out over everything?"

So, yeah, I had a box of old cards. But at least they were useful old cards. 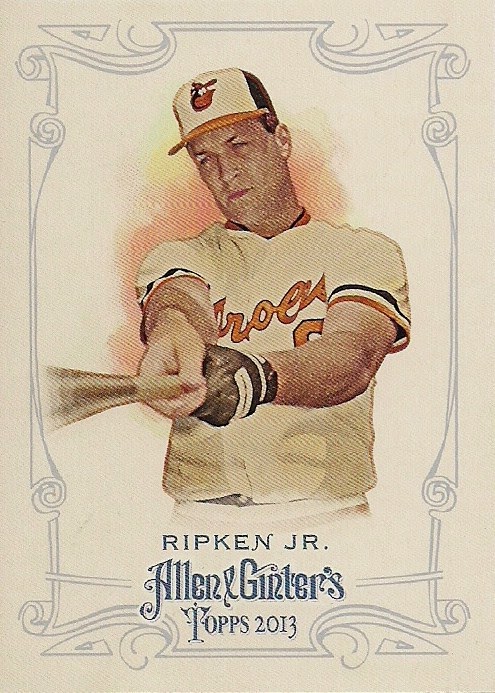 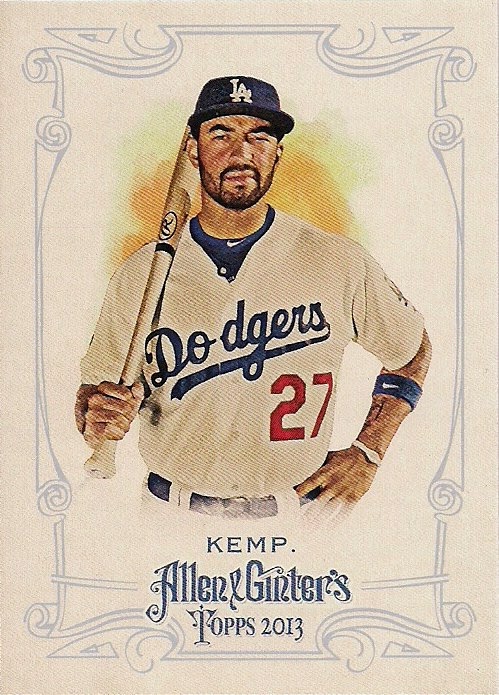 Two set needs. This brings the want list down to an even dozen. Complete set here I come. 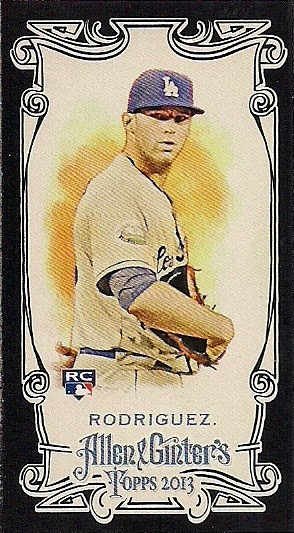 A black-bordered mini Dodger. You know it's a 2013 card because nobody wanted to make a card of Paco Rodriguez in 2014. 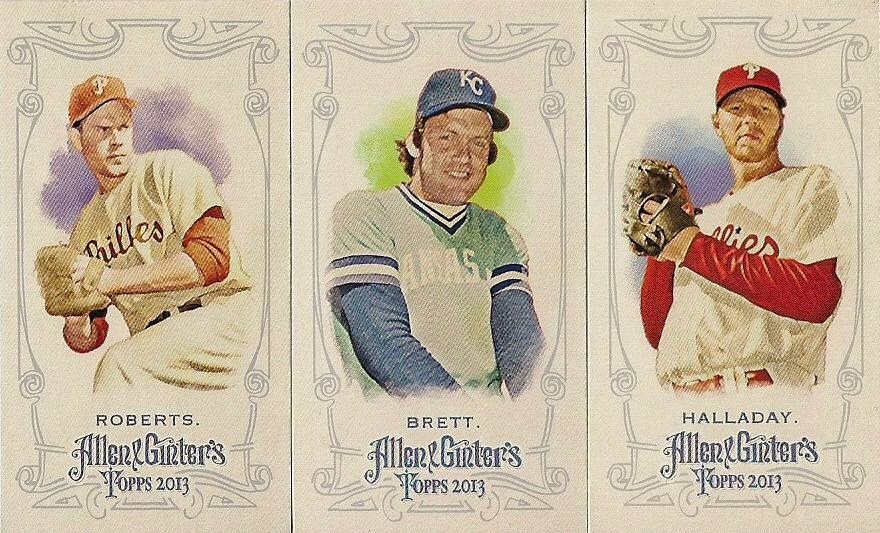 Some very worthy entries into the frankenset binder. There's also a Hanley Ramirez mini that's headed to the binder, but I forgot to scan it because 2015 Night Owl isn't going to be better in EVERYTHING.

Per usual, there were several inserts for my gift-card bucks, although I haven't tried to complete an Allen & Ginter insert in like four years.

And there was a hit, too. 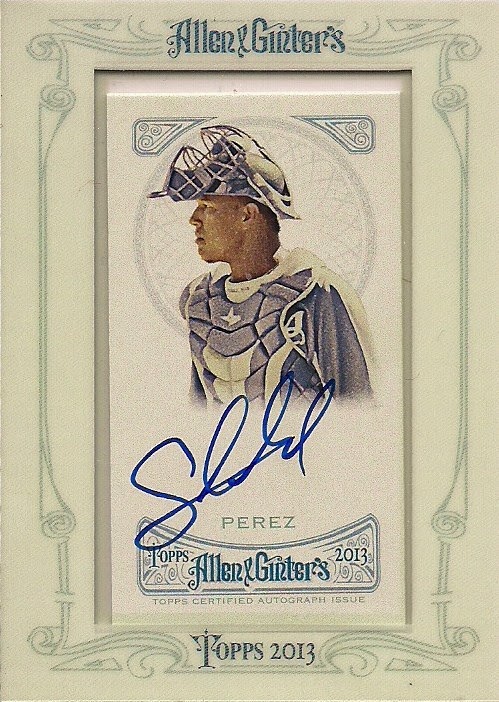 It's the American League catcher of the 2014 World Series.

This card is quite fancy and already set aside for Grogg on Twitter as he's been an excellent aid to my collection over the years.

Even though this was another cardboard purchasing mistake, it turned out pretty well. And I'm really not bothered by the slip-up except to note that perhaps Topps is aware how difficult its sets are to complete by keeping old boxes -- for FULL PRICE -- on shelves.

But no matter. There's still Christmas cash floating around. And this time it will be spent, not on a mystery in a box, but on exactly what I want online.

Anonymous said…
Even though I've all but sworn off modern cards there's still something alluring about Allen & Ginter.
January 1, 2015 at 8:49 PM

BobWalkthePlank said…
I like that Perez auto! At least your mistake box turned out to be helpful.
January 1, 2015 at 8:51 PM

RAZ said…
I bought a discount blaster of 2014 Heritage at Wal-Mart last night. It had one short-print I needed and one I already had two copies of.
January 2, 2015 at 5:10 AM

Big Tone said…
I think that even with the store being dead,you probably rushed things a bit.No biggie because It looks like you pulled some pretty decent cards ;)
January 3, 2015 at 6:35 AM