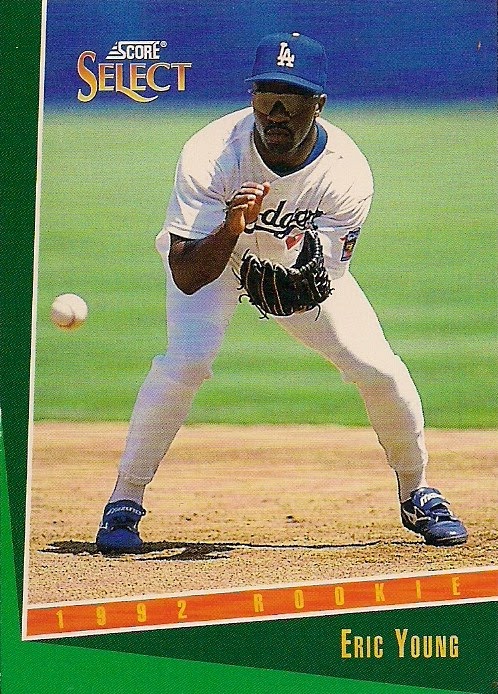 I had a tiny little bit of Christmas money leftover after my junk wax team set binge. It was just enough to grab a couple more cards, so I looked up which team set featured only a couple of wants and settled on a favorite: 1993 Select.

I needed just two Dodgers to complete Select, the upscale brother of Score, and now they are mine. 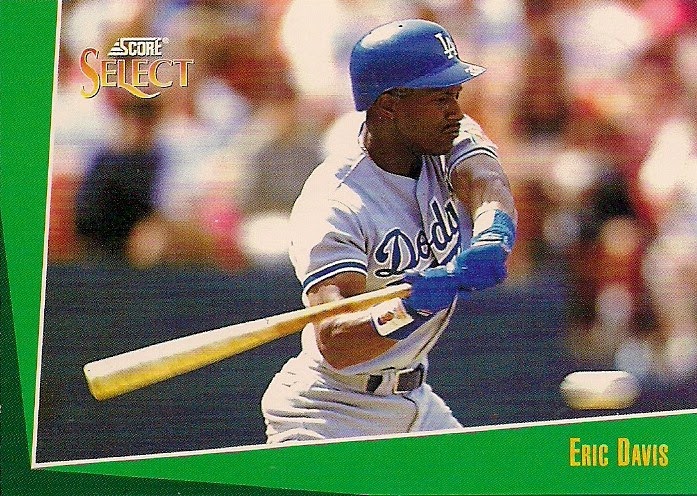 Yup, I needed a couple of Erics.

I'm very pleased to have another team set from the early '90s completed, but particularly one like '93 Select. I've been a fan of this set from way back on this blog and in the unlikely event that I decide to start completing sets from the 1990s, this will be in the top 5, easily.

I've always liked the look. Green sets normally don't do anything for me, but I enjoy the design and it's one of those sets with good photos that are not sacrificed for design. And just as important: it does not sacrifice design for the photos.

But without further babbling about my likes and dislikes, here is the '93 Select Dodgers set: 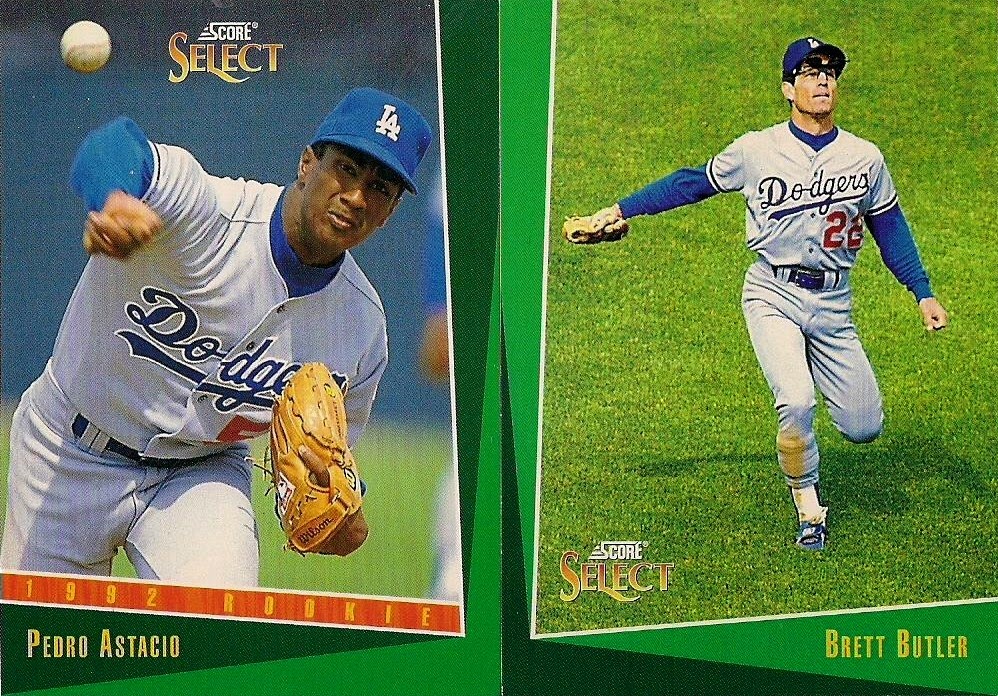 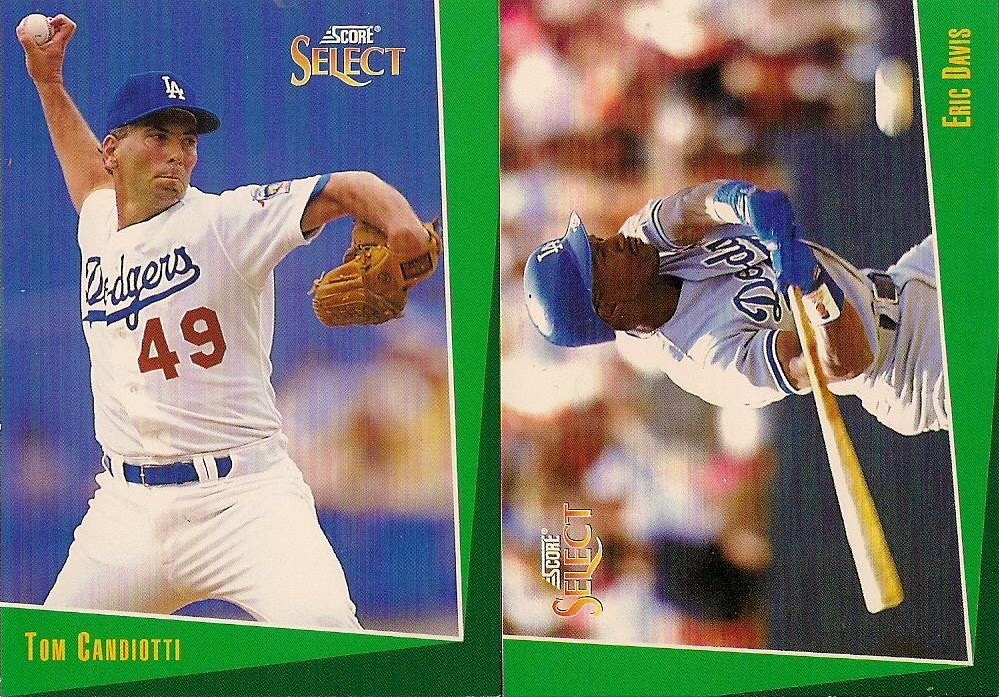 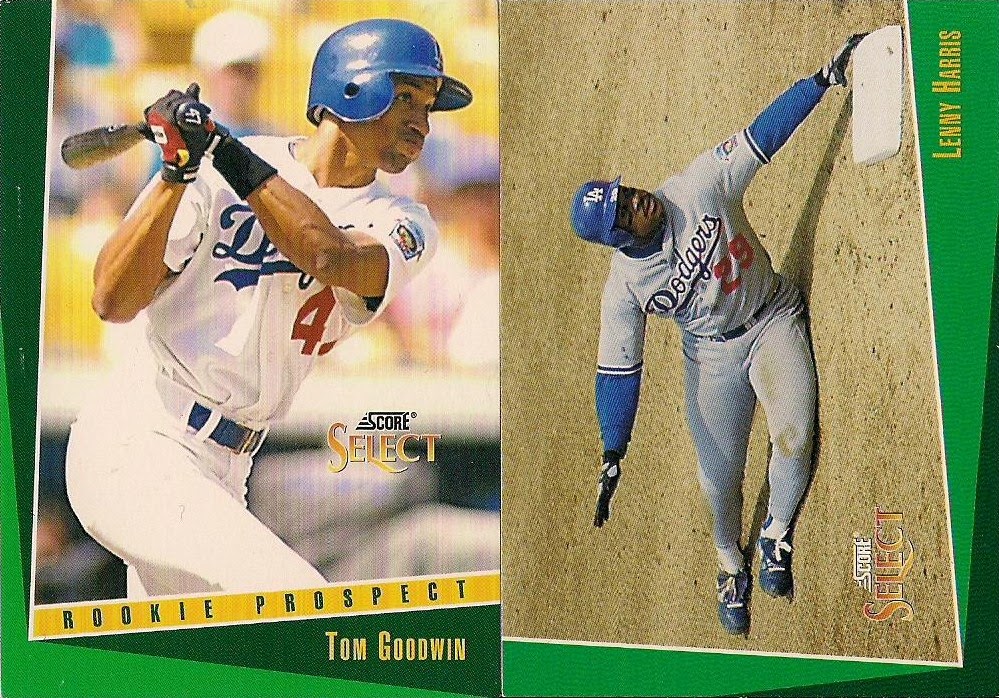 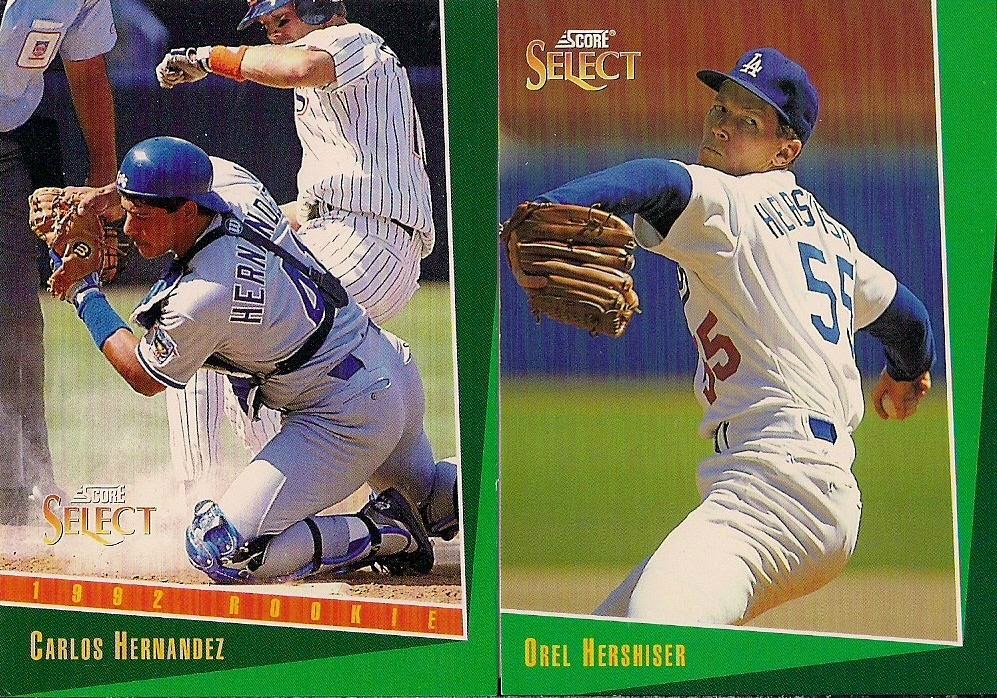 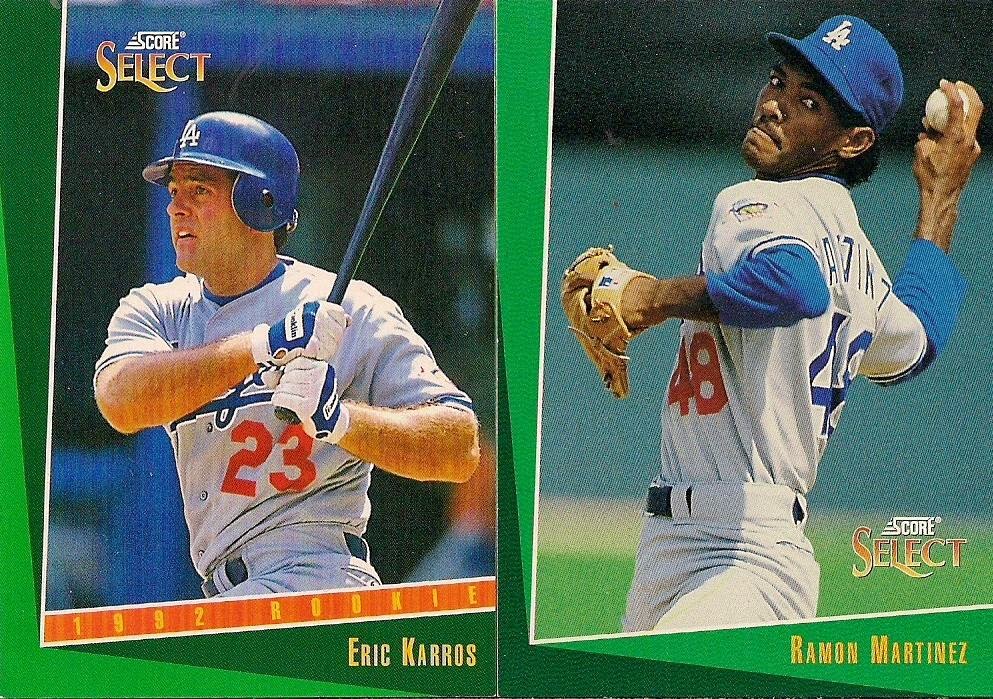 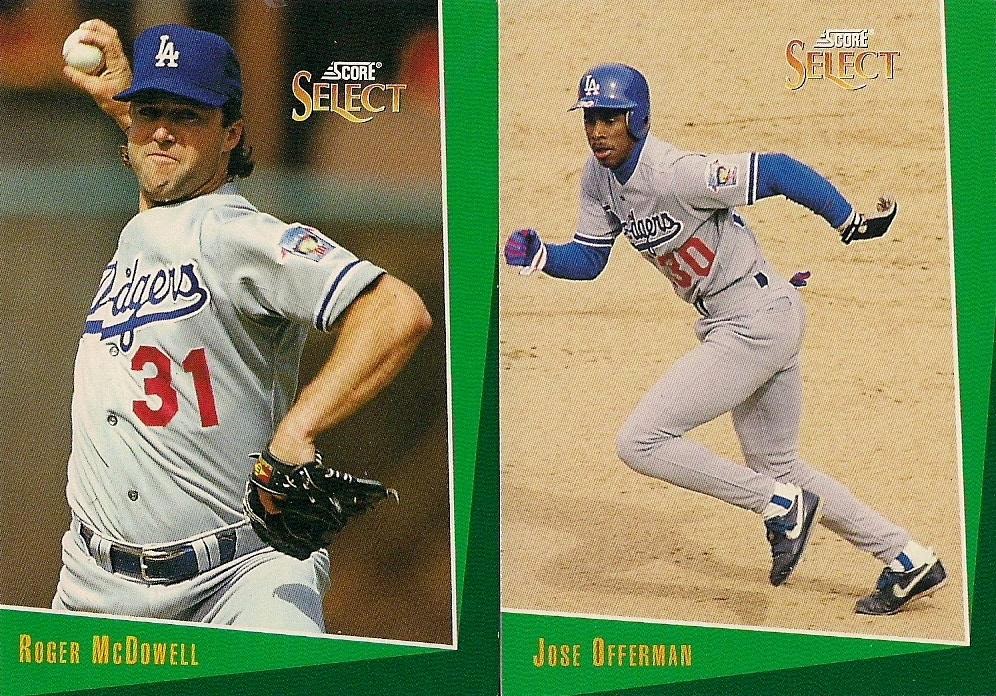 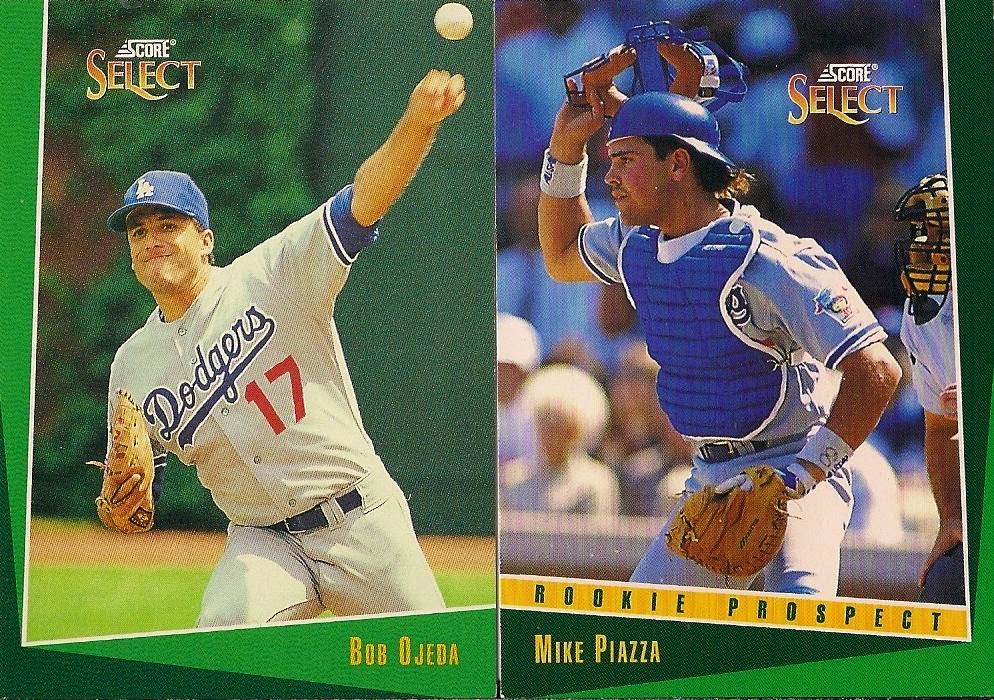 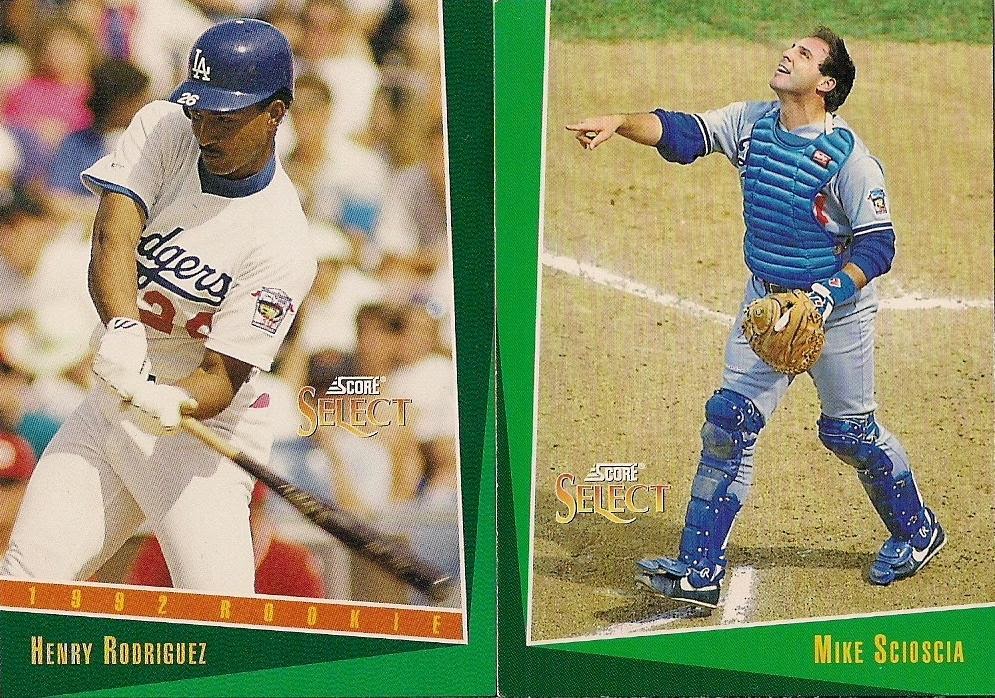 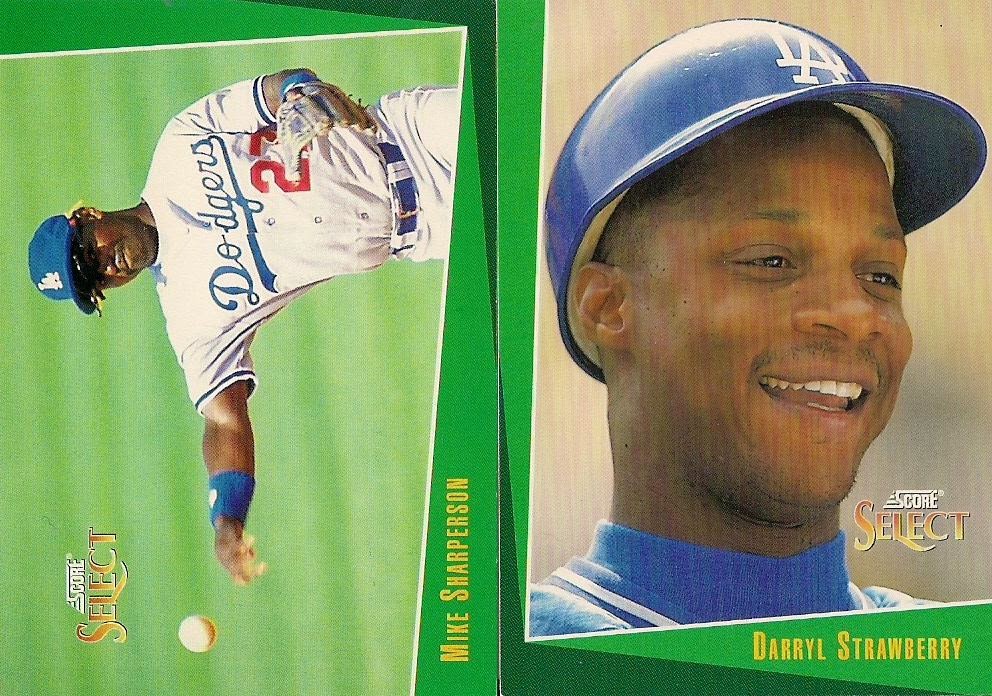 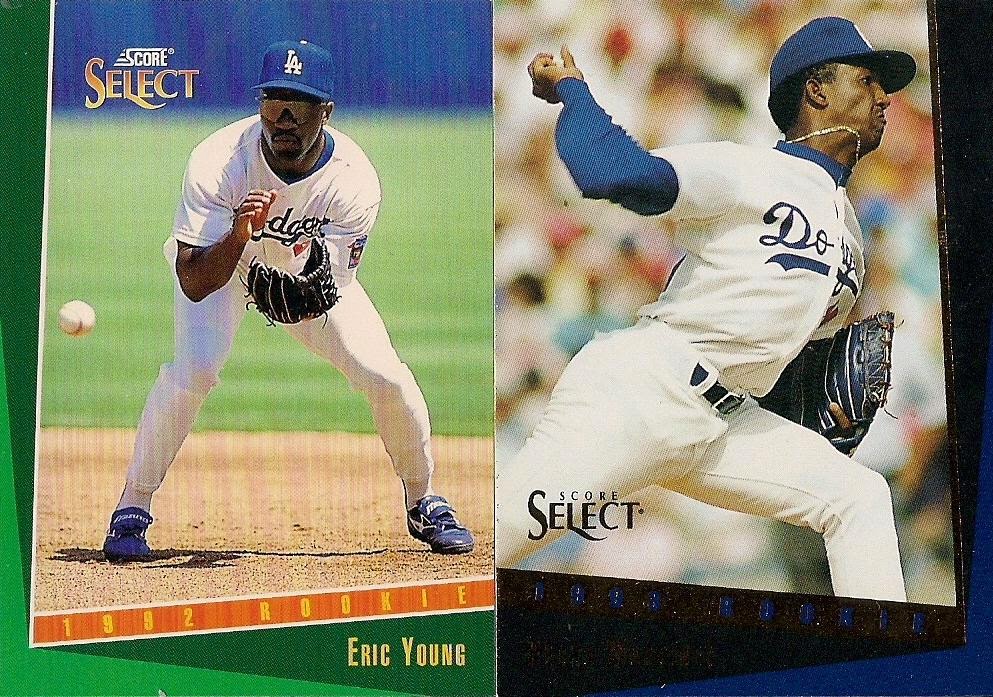 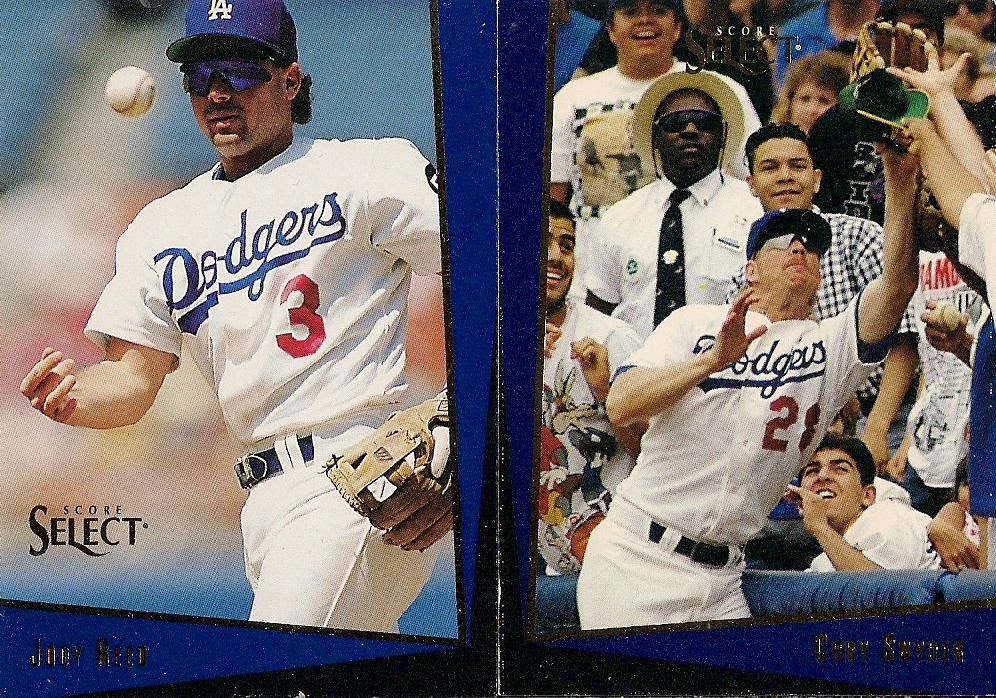 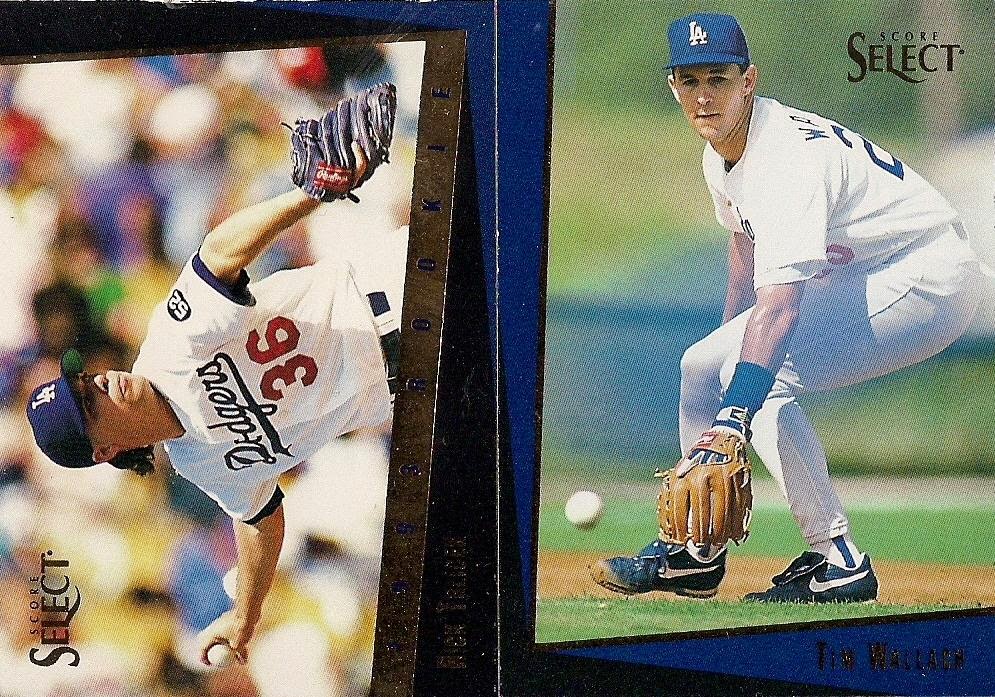 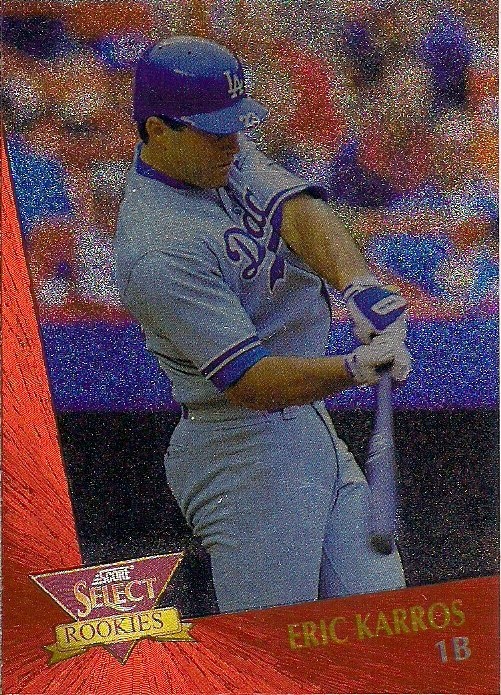 Fortunately, the Dodgers aren't featured prominently in the inserts in this set. There's only the one Eric Karros card, which features the debut of Dufex technology that is so beloved by '90s collectors (I tend to shrug my shoulders).

I never realized there so many Erics on the 1992 Dodgers.

There is also a Brett Butler card in the Select Stat Leaders insert set, but even though those inserts look a lot like something in '93 Select, they actually go with the Score set from that year.

Also, if you know nothing about 1993 Select, you may wonder why all those green cards up there turned to blue. The blue cards are from the Select Rookies and Traded update set.

I don't think the blue cards are nearly as successful as the green. The foil, as usual, is unnecessary and the borders are very prone to chipping.

But you can bet I won't be turning my collection attention to this set for upgrading purposes or anything else. It's another '90s set that I don't have to care about in the books.

steelehere said…
Don't mean to burst your bubble but you appear to be missing this card.

night owl said…
Crisis averted. I neglected to scan two cards. I would have figured that out earlier but you left the comment when I was at work.
January 27, 2015 at 12:29 PM

Anonymous said…
Count me as one of those people who loves the Dufex technology.

I think the early-mid 90's sets as a whole tended to have much better photography than today's baseball cards.
January 27, 2015 at 1:28 PM