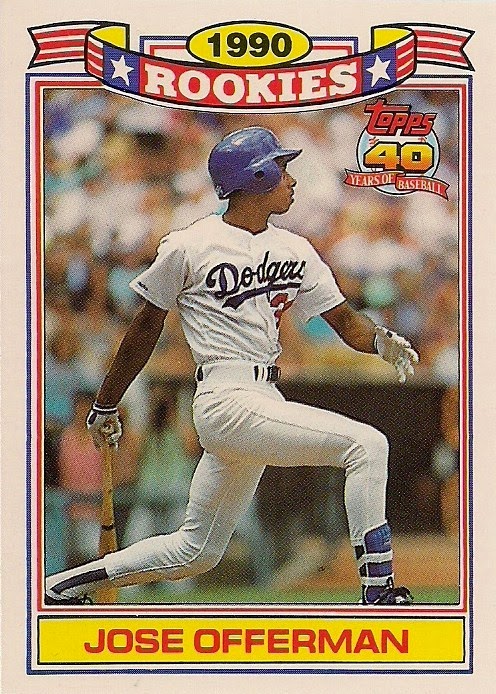 Before I go back in time, here is the 2015 Topps Series 1 checklist, which was released today. My quick reaction to it is:

Lot of the same stuff we've seen in recent years. ... Kershaw has to stop hogging awards so I can stop collecting those league leaders things with guys I don't care about. ... Oh, look, Derek Jeter is card No. 1 in the set, that will cause people to flip out -- oops, they already did. ... The inserts have card numbers (instead of letters) on them again --- weeeeee! ... The first-pitch insert is interesting in a D-list celebrity kind of way.

But real reaction will have to come when the cards hit store shelves near me. Right now, today's excitement came in the haul that arrived at my doorstep this afternoon.

I made it a mission to clear out as many junk wax-era Dodgers sets as I could. I have no desire to continue chasing cards from this time period. It's not particularly memorable for me and the cards are far too plentiful for me to still neeeeeeeeeed them. So I found as many rinky-dink sets from Fleer and Score as I could, ordered them up, and crossed off a whole mess of Dodgers from this period. It feels good. It feels real good.

So let's see what I killed off: 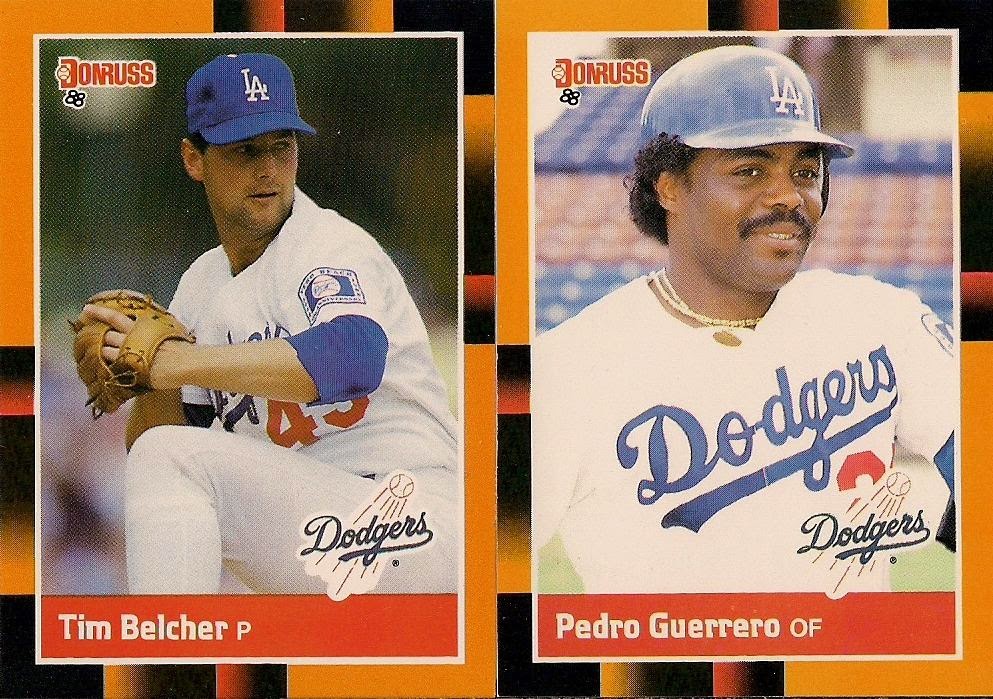 Two Baseball's Best team sets finished. The Halloween set from 1988 and the Dammit 1990 Donruss Should Have Been Blue set. Both are officially smitten. 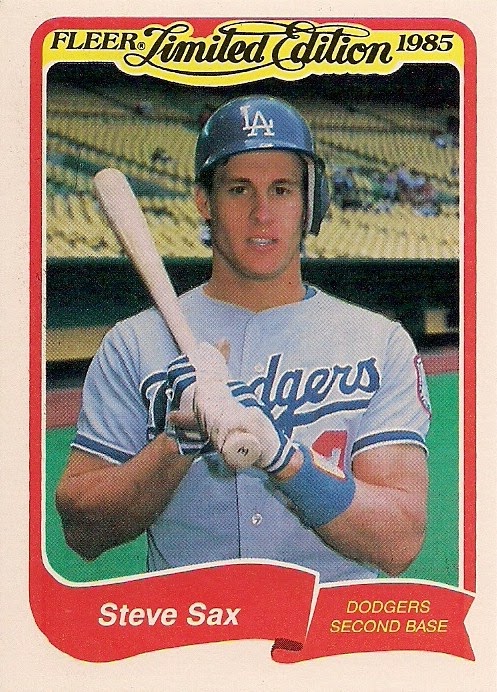 I don't know if 1985 should be lumped in with junk wax, but this kicked off the period when Fleer started issuing cards in tiny boxes and if your store didn't like tiny little boxes TOO BAD FOR YOU. I considered this an unlevel playing field. I grew up in a period where all cards were available to me, at stores or in cereal boxes. But with Fleer boxed sets I've been paying for some store's decision not to stock them for almost four decades now. 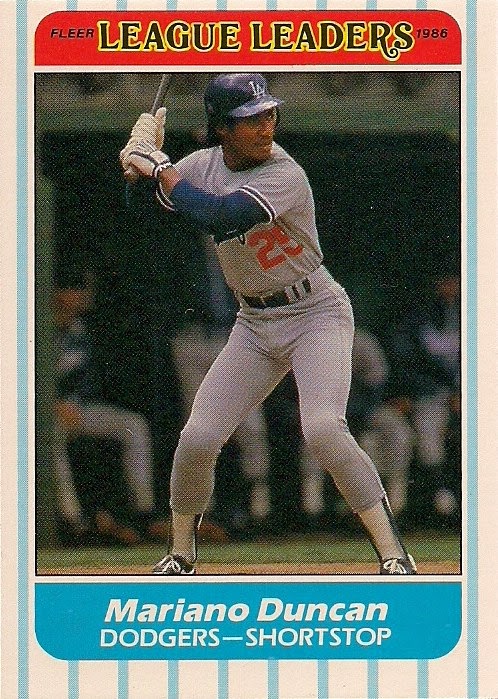 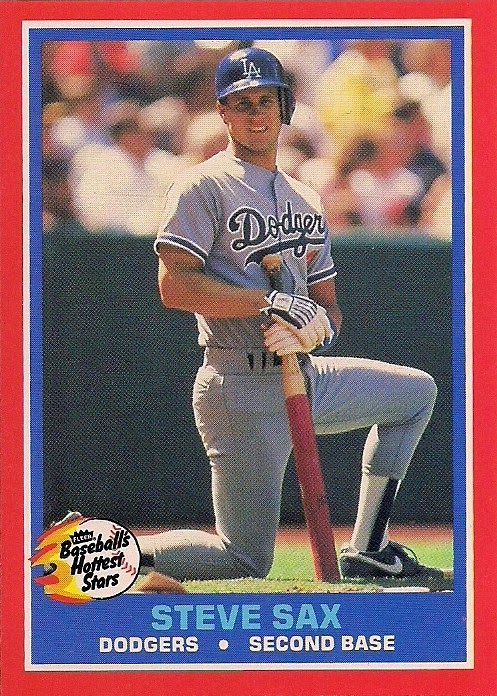 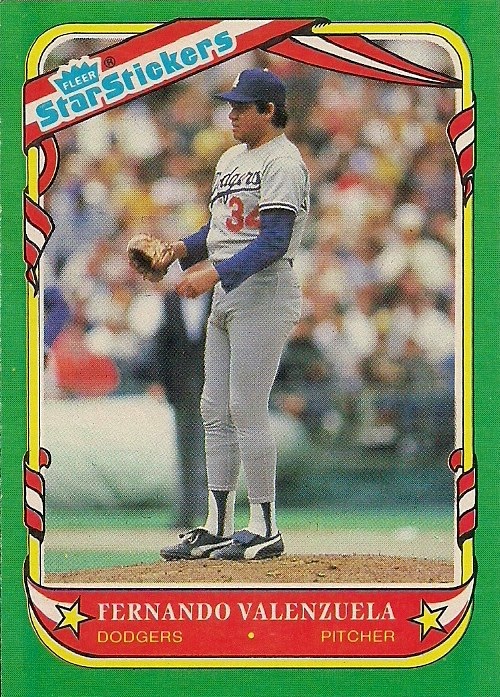 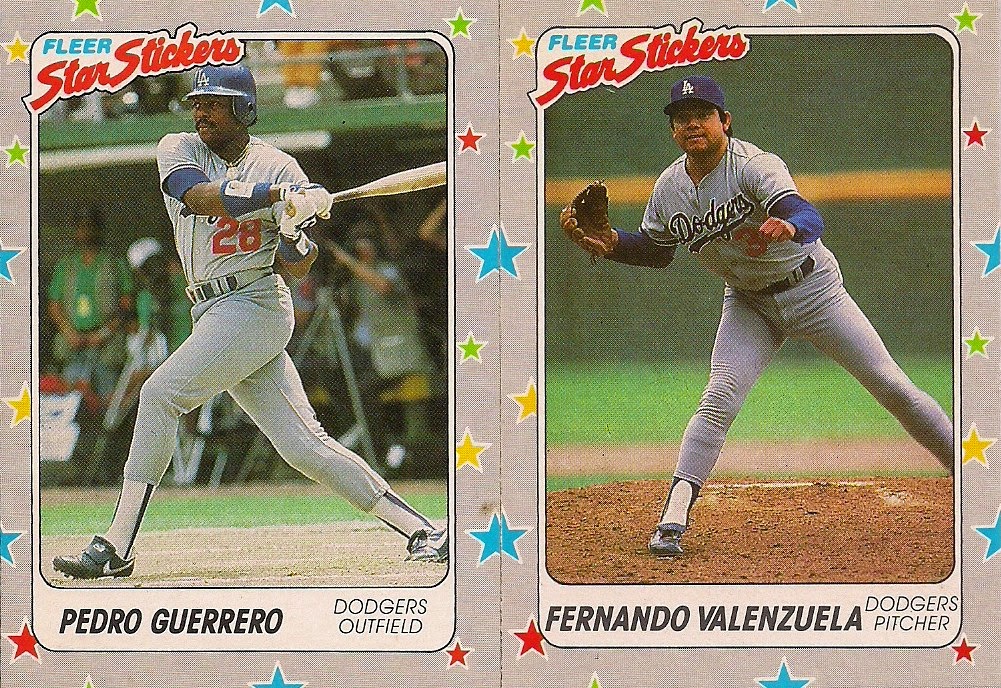 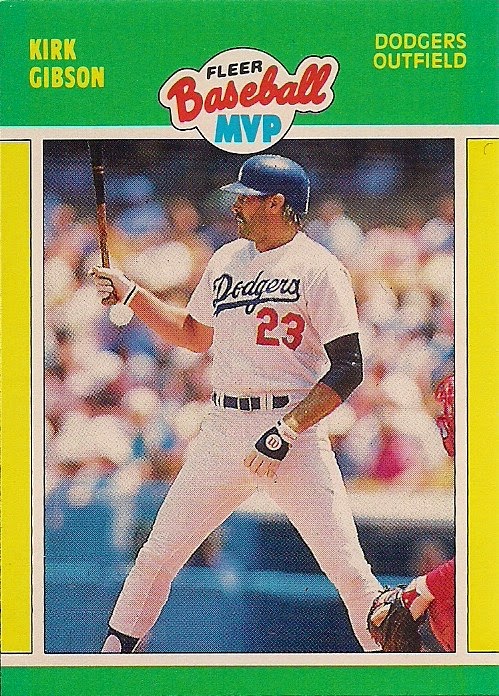 A 1989 set wasn't worth anything if it didn't have Kirk Gibson in it. OVER! 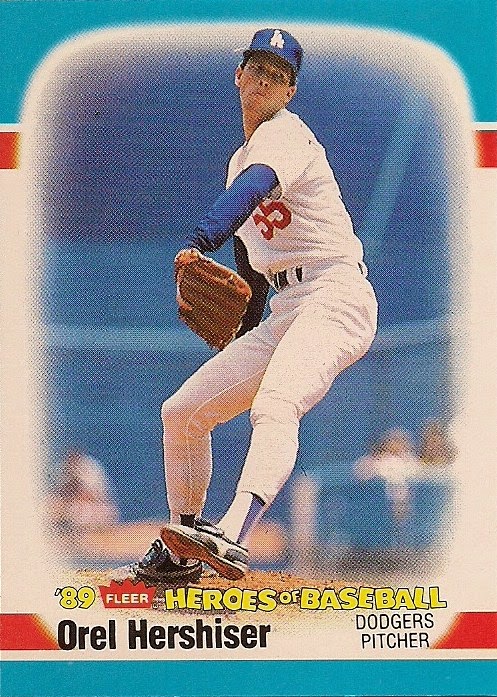 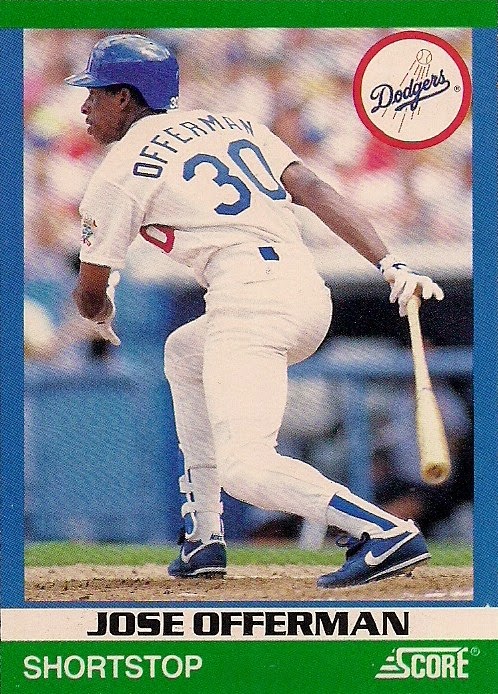 Score's sets from this time period are difficult to pinpoint because of all the "Stars" in the title. There were sets devoted to "Rising Stars" and "SuperStars" and "Chase Stars".  This one is from 1991 Rising Stars. Yeah, I know, 1991. Can you believe I needed a card from 1991? What was wrong with me?

SuperStars, also from 1991. SAY GOODBYE TO THE WANT LIST! 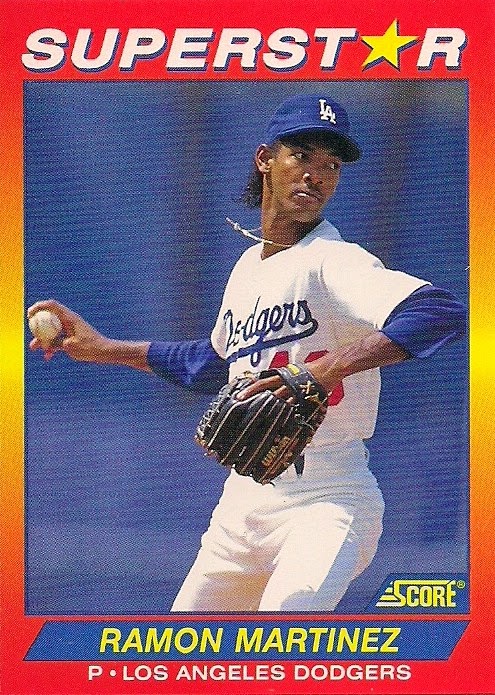 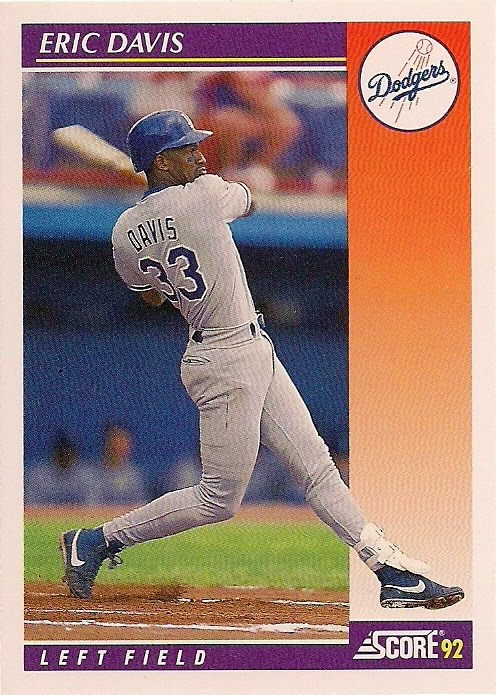 This one was a little trickier. When I tried to land all of the 1992 Score Traded Dodgers, Eric Davis was conspicuously absent. No longer. CONQUERED!

Of course we are talking about the time period when more than one company was allowed to make cards, so there were a few random junkies that I found, too. 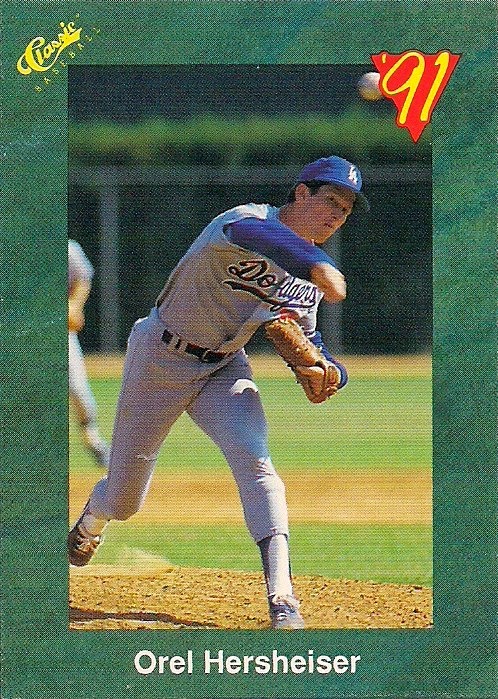 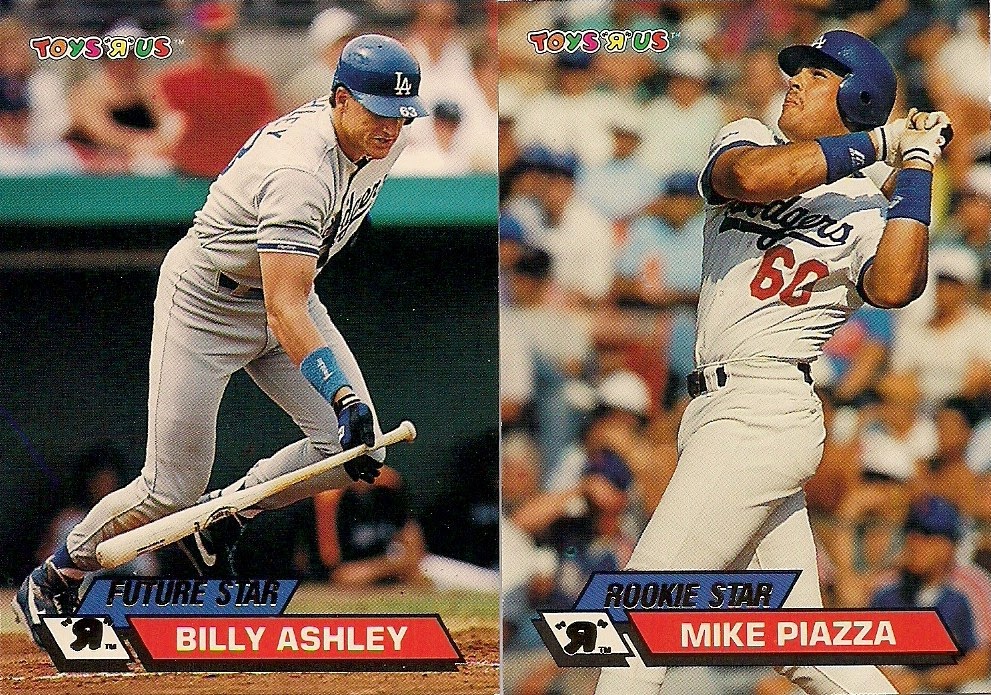 This was a mash-up between the toy store and Stadium Club. And both cards are mine. ERADICATED! 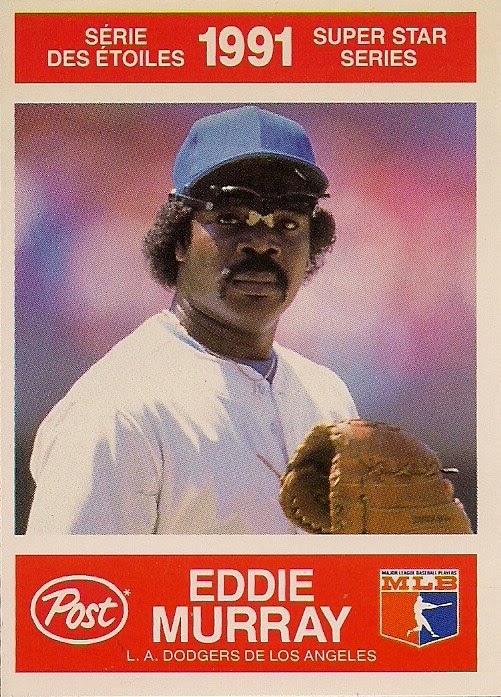 Isn't that glorious? I wasn't even looking for it, it wasn't on my want list. I just heard something announce itself -- in French, of course -- and it had my attention instantly. 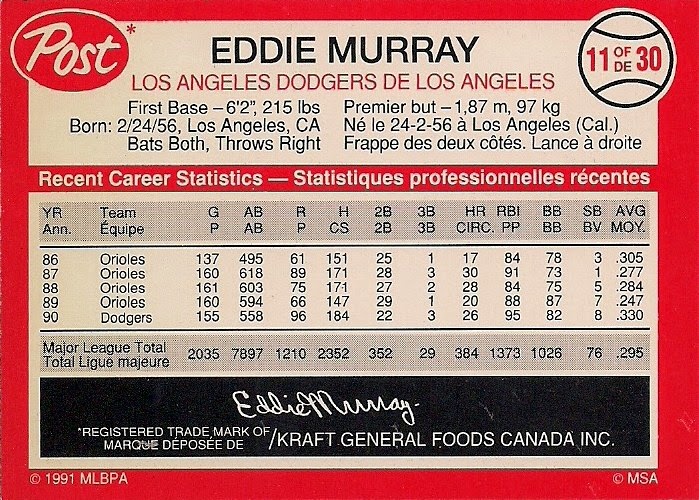 Canadians work so much harder on their card backs.

By my count, I completed 16 team sets with that package. Sure, a number of those were one-card sets, but why bring that up when I'm having so much fun?

This doesn't mean I don't have anymore junk wax Dodgers to get. There are still some floating around, and there is stuff like tiffany parallels, which I don't know if I'll ever work up enough enthusiasm to track. But I'm happy that most of the heavy lifting is done and I can move on to other things.

Speaking of which, you didn't think I'd order a bunch of cards and it'd be nothing but junk wax, did you?

I left a little for a few other things: 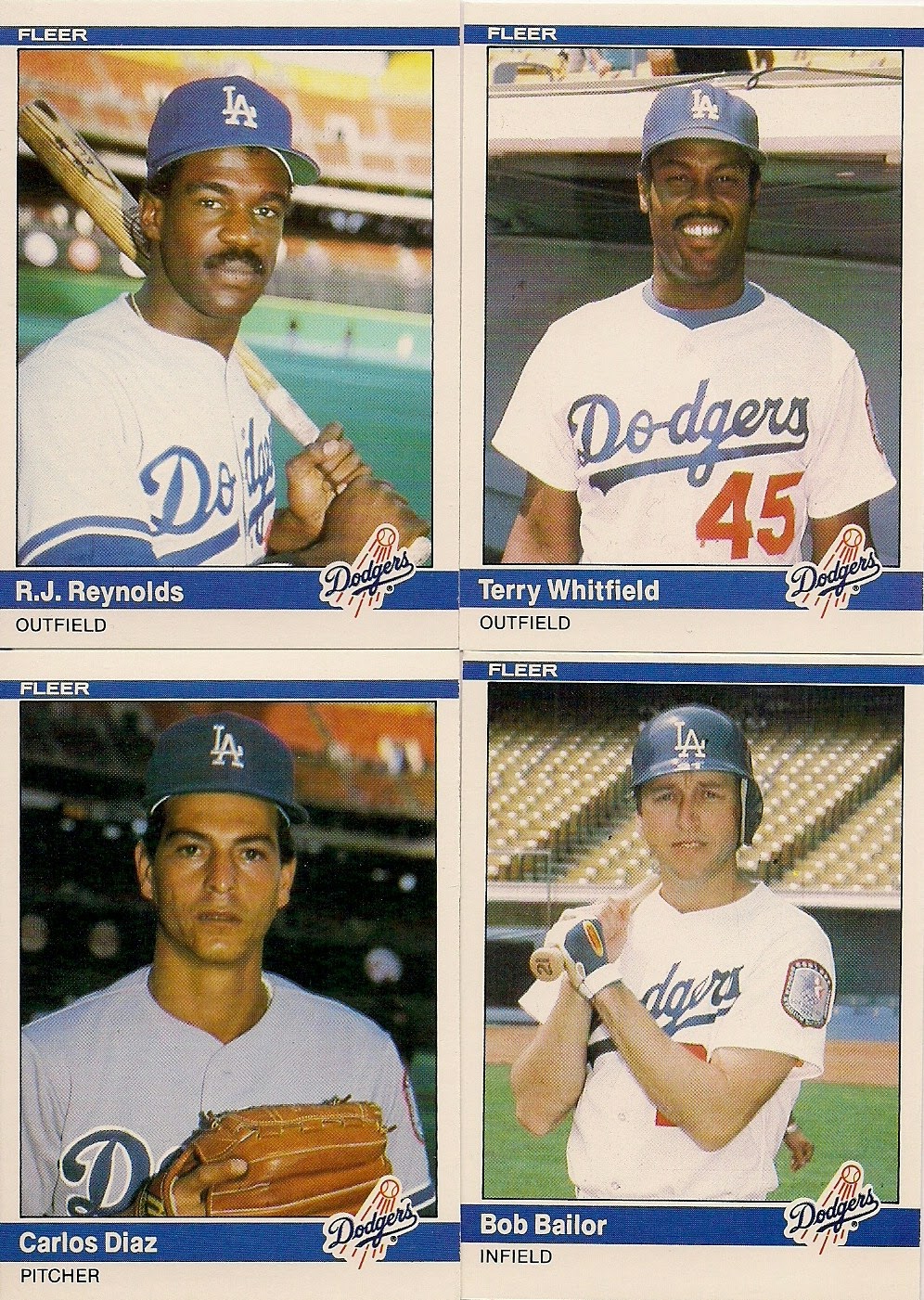 1984 Fleer Update Dodgers. Boy, these are elusive bastards. I haven't seen one of these in my seven years of blogging. The Mike Vail card is still out there laughing at me. But I'll find it. 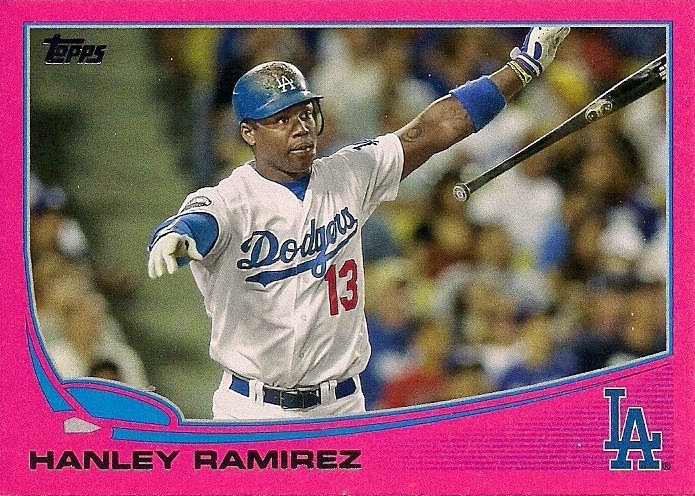 More elusive nonsense. What's a collector have to do to get a pink parallel from his favorite team? This is my first pinkster and since these are so annoyingly pricey, I made sure to make it good in the event I never bother to get another one. 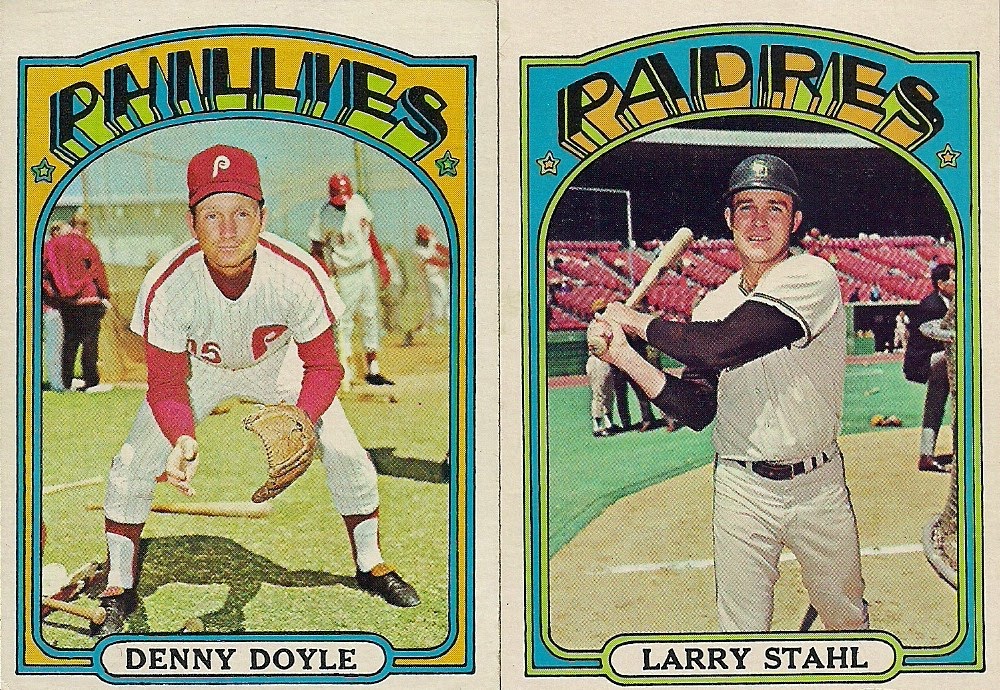 Two high 700s cards from the 1972 Topps set. These are high, high HIGH numbers. You might get a nosebleed looking at these. 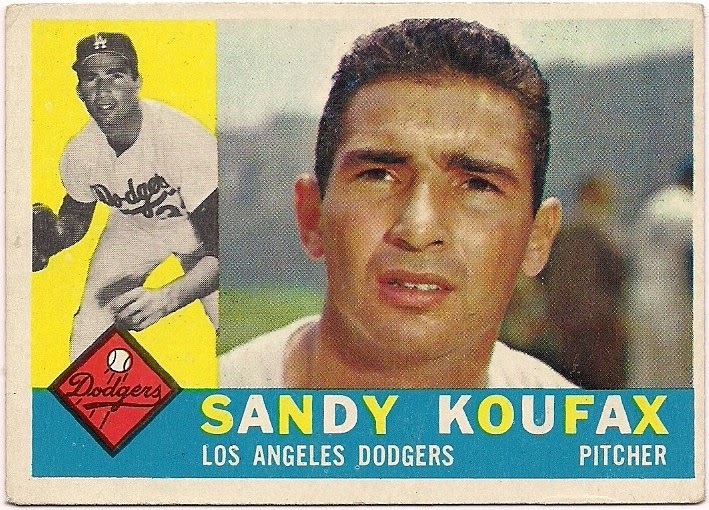 I always forget about him.

The Junior Junkie said…
Great post. A real checklist melter. Well done. And I really enjoyed the Koufax stinger!
January 21, 2015 at 3:22 AM

Commishbob said…
So nice to kill off wantlist stuff. Those '72s with so much going on in the background are fun. Love that Koufax!
January 21, 2015 at 8:28 AM

AdamE said…
I have often though about just focusing on Team Sets from a particular junk wax year and trying to knock every single one of them out. Even the little rinky dink ones. From what I can tell 1986 would be the easiest and it would probably be more time consuming than it would be expensive. Maybe that is why I haven't done it yet.
January 22, 2015 at 4:08 PM