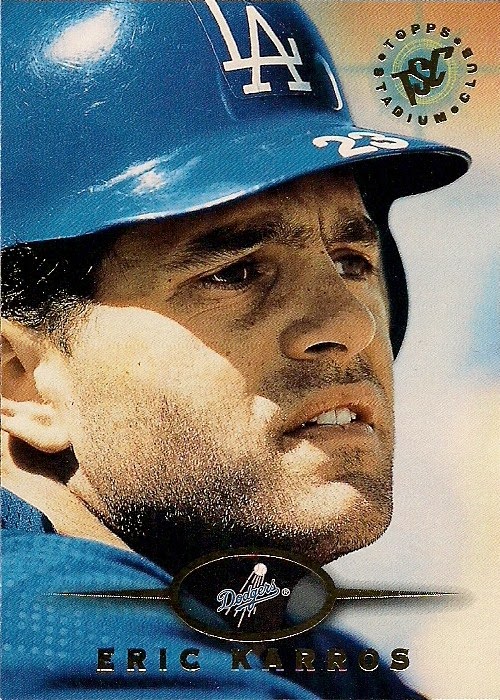 It's difficult to explain Twitter to those who are not on it. Sure, it can be a time waster. Sure, it's filled with spastic people. Sure, it's not for everyone.

But as someone in the media business and someone with a blog, it's a necessity. In my job, Twitter is how we get the word out. We're in the information business, people come to us for it, and more and more people are on Twitter. Ergo, get the information on Twitter! You want to make the daily newspaper relevant to teenagers? Just start tweeting high school scores at them. They'll never forget you.

But in my blog, Twitter is where I go for ideas, man. Twitter is an idea factory, there are thousands of conversations producing millions of ideas at any time.

A few weeks ago, when a couple of Twitter accounts started discussing "face percentage" on baseball cards, I thought, "hey, that's an idea I had!" 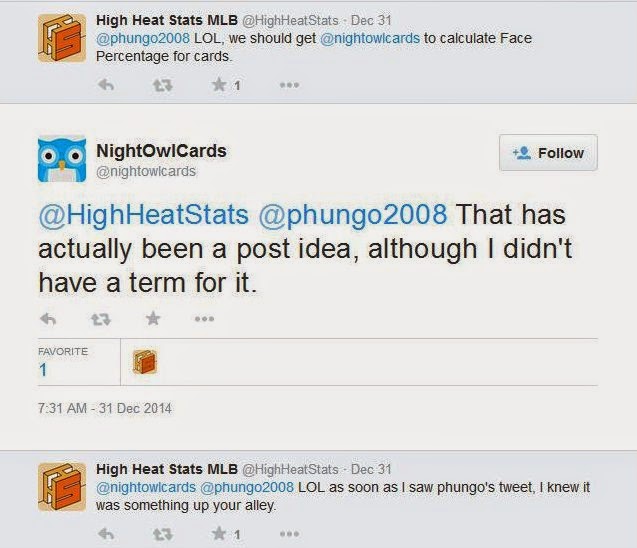 "Face percentage" refers to the amount of territory that a player's face takes up on a baseball card. Phungo had referenced the 1977 Topps Catfish Hunter card, which I know and love and is almost entirely face.

Those super-tight close-up shots on a player's face are a staple of the mid-1970s, a period that I also know and love. I can shout out the cards with the greatest face percentage on cue: 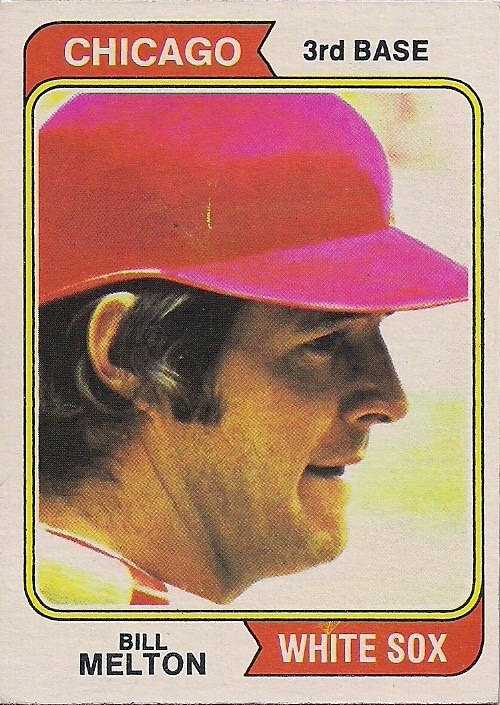 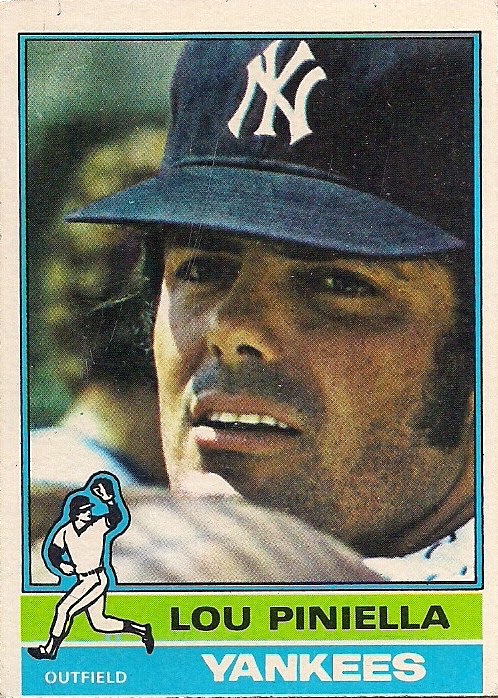 But Upper Deck also relied on tight shots of players' faces during the 1990s, most notably in its earliest sets. And because every card company copied Upper Deck during that decade, you can find cards with notable face percentages in other sets, too. For example the 1995 Stadium Club Eric Karros card.

This is a former Nebulous 9 need that was sent to me by Lifetime Topps and completes my 1995 Stadium Club team set.

Face percentage is a funny thing. Some of the cards are awesome, and you can tell the card company intended for them to be awesome. Others are uncomfortable, and although the card company probably didn't intend for that to happen, they still are. I consider this Karros card to be in the "uncomfortable" category.

But whether uncomfortable or not, it has to be way up there in face percentage.

So, in a future post, I'm going to find the cards in my collection with the greatest face percentage and feature them here (for those of you who thought I was going to do that now, you have to keep in mind I waste a lot of time on Twitter).

As I said, this has been an idea of mine since the first few months I started this blog. It's been scrawled on a little notebook for six years now under the working title of "big heads". So I can't wait to get to it with a proper title, and you can be sure I won't forget it.

Now, for some more cards from Lifetime Topps with photos that were taken from a more reasonable distance. 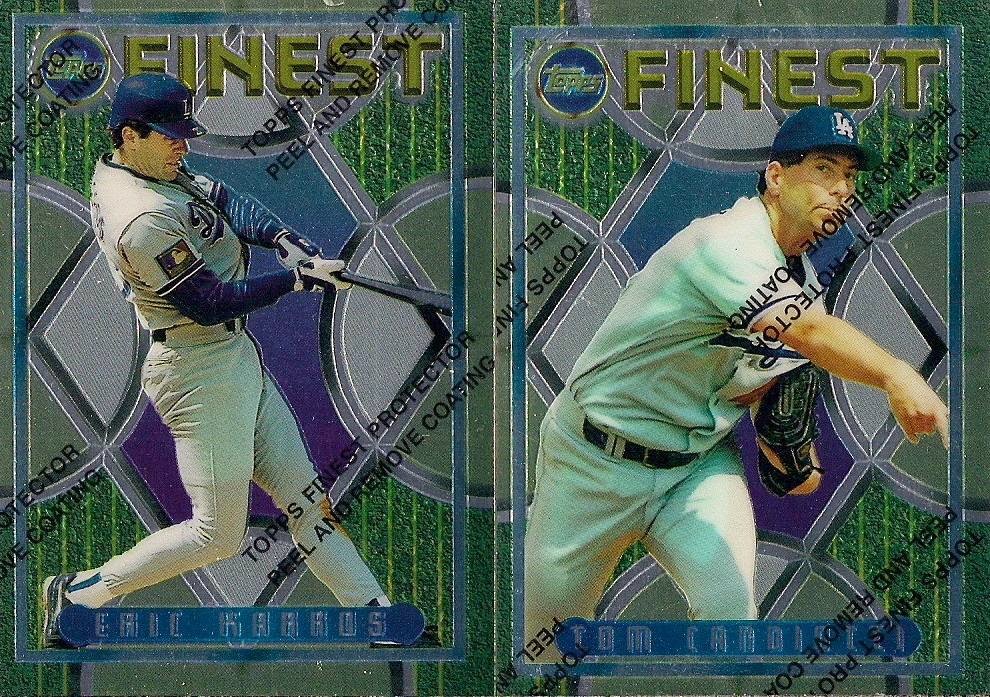 There is Karros again and you get to see his whole body now, which is much less disturbing. At right is knuckleballer Tom Candiotti. For a brief second I thought I was getting a Jesse Orosco card. 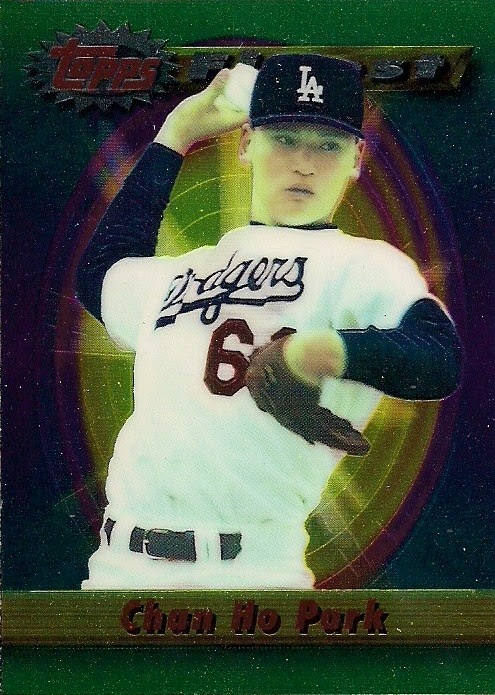 More Finest from one of the finest Finests from 1994. My love for a super-green set cannot be explained, but it's not the only green set that I love (see '93 Select). 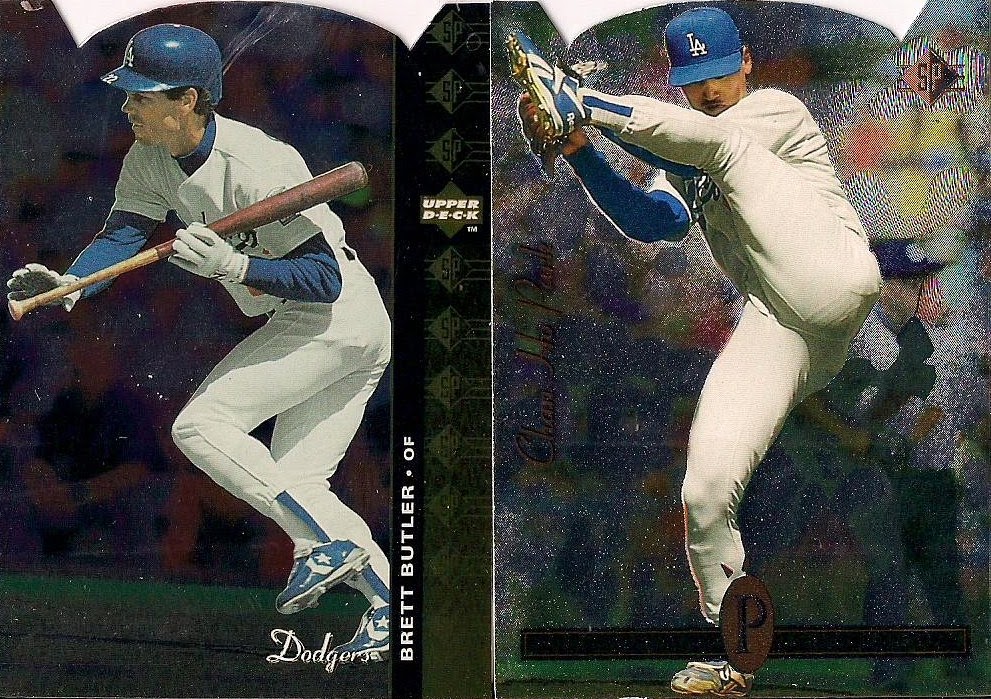 You can tell that Charlie checked my want list because it's loaded with 1990s cards. Here are early SP diecuts that were so loved Upper Deck devoted a retro set (Timeline) to them. 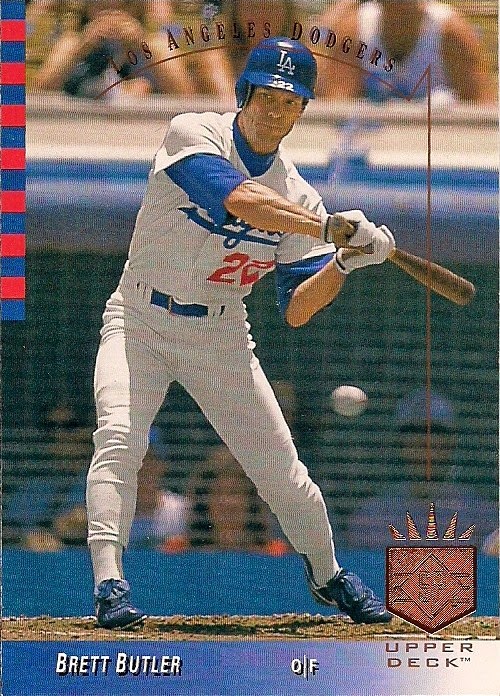 A goodie from the very first SP set. While people were chasing these things back then, I had no knowledge of them. None. And for like another 15 years. Don't think you're so tough now, SP, huh? 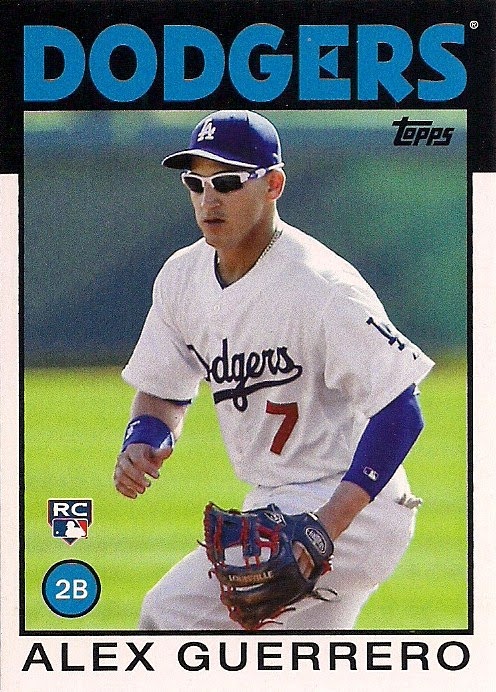 The last seven cards there I showed have lousy face percentage. You won't be seeing them on the post that is nothing but faces.

No on that post you'll see nostrils and beard stubble and skin blemishes. Get ready.

Thanks to Twitter pals High Heat Stats MLB and Phungo for moving the idea along.

Daniel Wilson said…
Great post! I have a mini collection called "Head Shots" that is the same thing, but I like your Face Percentage title.You are right about the early Upper Deck sets. I think the 1990 UD Mark Davis is one my highest face percentage cards.
January 24, 2015 at 8:48 AM

Anonymous said…
Glad the cards made it over safely. I was at my parents house over the holidays and found a few 90's cards from your wantlist. I'm still surprised I'm able to keep finding cards you need, I'm pretty sure I've sent over cards from all of those sets before.

I remember when I pulled that Karros Stadium Club card, thought it was absolutely hideous.
January 26, 2015 at 4:26 PM