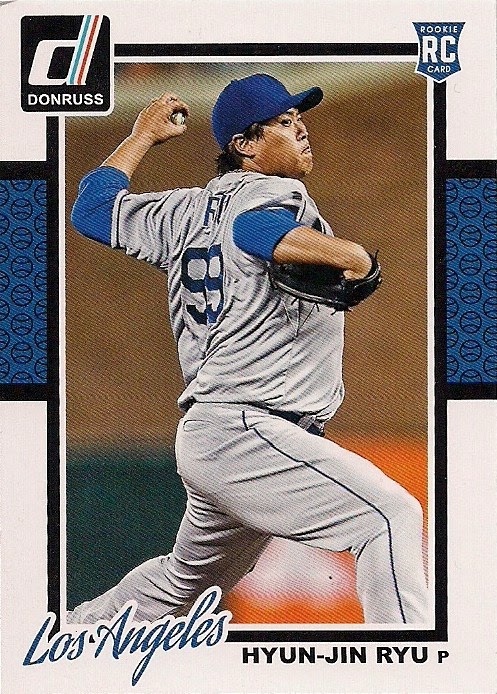 This is your public service announcement reminding you that there are two 2014 blog contests in process and a whole bunch of people who could use your votes.

The first 2014 Bip Awards (notice I didn't say "first annual" because that is a crime against the human language) are taking place at A Cardboard Problem. The awards cover "best blog" "best rookie blog" and a host of other categories, stretching into other social media outlets like Twitter.

People can make nominations through the end of next week. There's an official entry form and everything. I believe there are prizes, too, which I don't know if I like because people do all kinds of questionable things when prizes are involved. But the more my blog readers nominate and vote the better chance there is for the right bloggers to get mentioned.

Please vote in this contest, too, because there are like 200 terrific card blogs out there, not just one.

Meanwhile, I've got to show some cards with this post or nobody is going to read it.

I received my group break cards from Cards On Cards' 2014 Topps mini break recently. I liked this break because the cost was only a few cards that madding would like. Since I've sent madding around 50 packages in the last seven years, this was easy payment.

My minis weren't Dodgers because I have a lot of those already (and I was late to picking the Dodgers slot). So I went with some teams that I hope others will enjoy. You won't see those here, because they're a surprise.

I also received a handful of Dodgers wants with the minis. They were all from my want list: 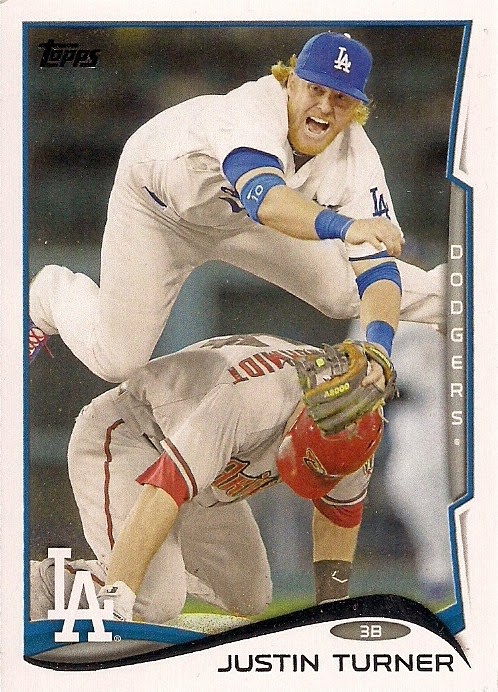 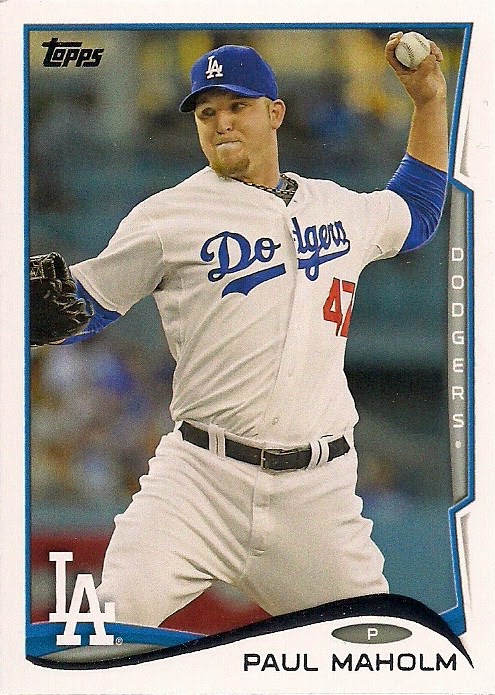 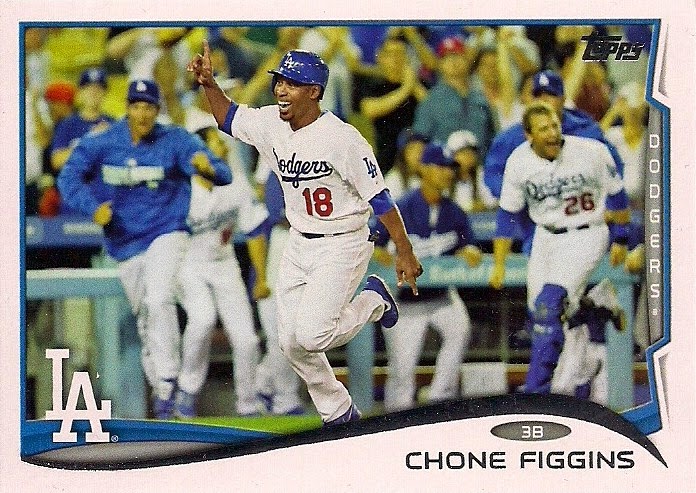 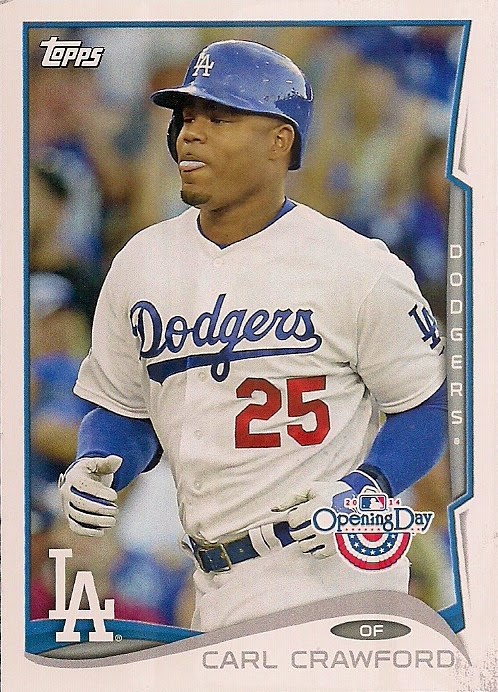 Leave it up to Update to revive those horrible, long-forgotten memories that Paul Maholm and Chone Figgins played for the Dodgers.

Sadly, all but the Figgins card came with a top left corner ding. I'll give Crawford a pass because it's just Opening Day. But I'll probably pick up another Turner and Maholm to ease my OCD.

That should have been a voting category -- most Obsessive Compulsive collector. We'd have a few entries for that one.

Matt said…
Nice pickups! I just did my voting on A Cardboard Problem. I don't know many blogs despite having been a blogger going on three years. I don't think many know me either. I would like to add more to my blog list and have the same done to me as we are all in this together. Would really enjoy adding more to my reading list.
January 11, 2015 at 7:28 AM

Billy Kingsley said…
I'd be in the running for most OCD collector. I go and wash my hands if they even FEEL dirty, or sometimes because I just haven't in a while, can't take the chance to get fingerprints on the cards.

And then there's the whole keeping track of the exact order I get each and every card thing. Who else documents the order their cards come out of the pack? (Seriously, I'd like to know, and perhaps ask them for tips to see if I could be doing it better)
January 11, 2015 at 7:56 PM

madding said…
That's disappointing! I swear that the USPS is out to get me these days.

Only time will tell when it comes to how great the impact of the Chone Figgins Era of Dodgers baseball will truly be.
January 12, 2015 at 4:48 AM