The last trip through childhood 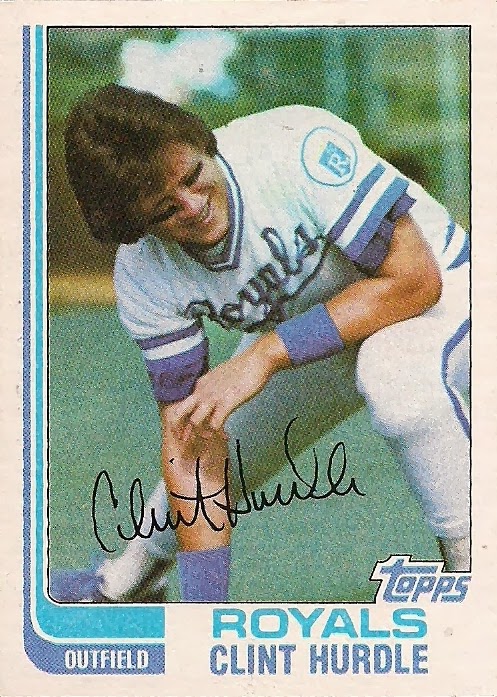 My teenage self would not be very happy with the way I think now, but who cares? We all know teenagers are insufferable. My daughter, who is in fact a teenager, has been known to say the following:

So there you go.

It's an indisputable fact that teenagers really are still children no matter how many we see driving on the roads out there. That's why I think of the cut-off year of my childhood as 1983, when I left high school.

It helps that 1983 is also the final year of my first collecting period, which spanned from 1974-83. I consider that period the childhood years of my collecting days, and really the best years.

They were so good that I am attempting to collect all of the Topps sets from that time (we'll see about Fleer and Donruss later). And, it pains me to say this, but I have reached the final one.

I've put up a want list for the set and according to that list, I need 129 cards to complete it. Considering that it's a set from the '80s, and that I pulled the Ripken card back in 1982, and that people throw cards at me like I'm begging for them on the street, I should finish this in no time.

But please take your time. I am so slow with return packages.

I was never that into 1982 Topps, not even when it came out that year. I was a junior in high school, it was the year after the Dodgers won the World Series, and it didn't take me long to figure out that there was no reference to that fact in the 1982 set. I held a grudge from that point.

But '82 Topps has its good points. Outside of the iconic hockey stick design, it's a milestone set in that it's the last set before Topps really went action-card crazy. Sure, a number of later '80s sets feature portraits and dorky poses, but once collectors saw 1983 and 1984 Topps, there was truly no going back. 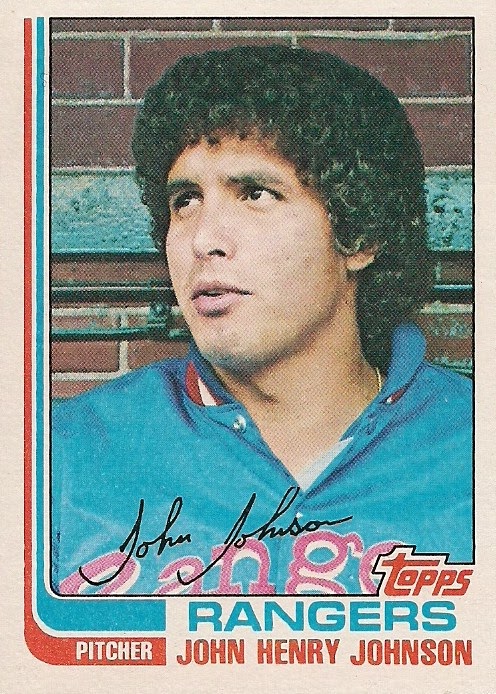 You all can talk all about the Ripken rookie card, but when it comes to 1982, I'll talk about John Henry Johnson's three names and his hair. And whether it got stuck to that brick wall behind him. 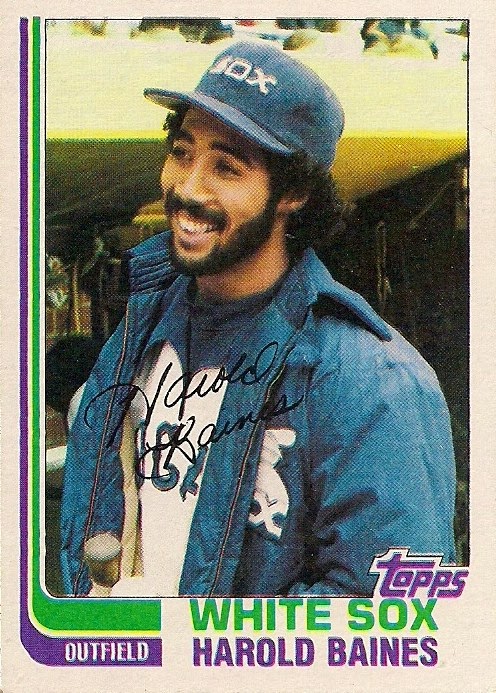 I'll talk about how happy some of the players looked. 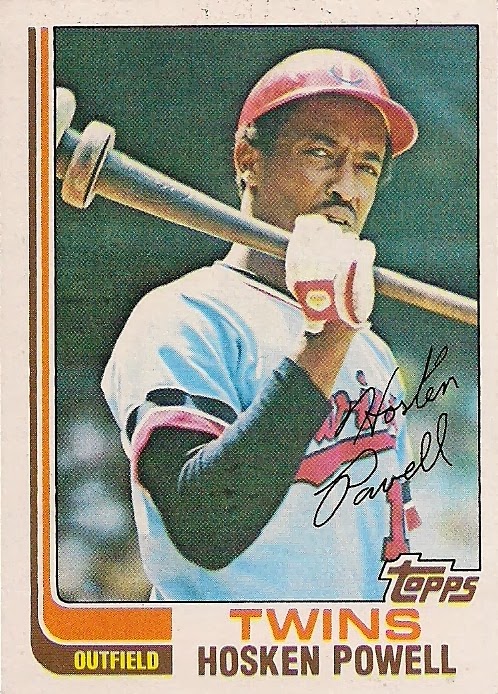 I'll talk about how pissed-off some of the players looked. 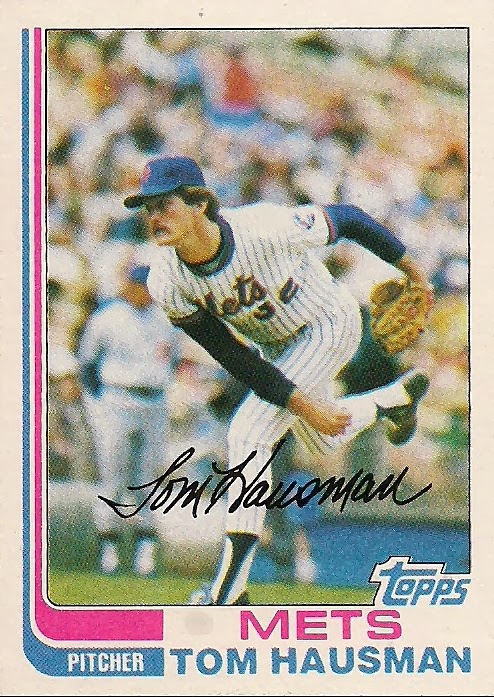 I'll talk about how if it wasn't for 1982 Fleer's abysmal cropping skills, more people would have cited this card. 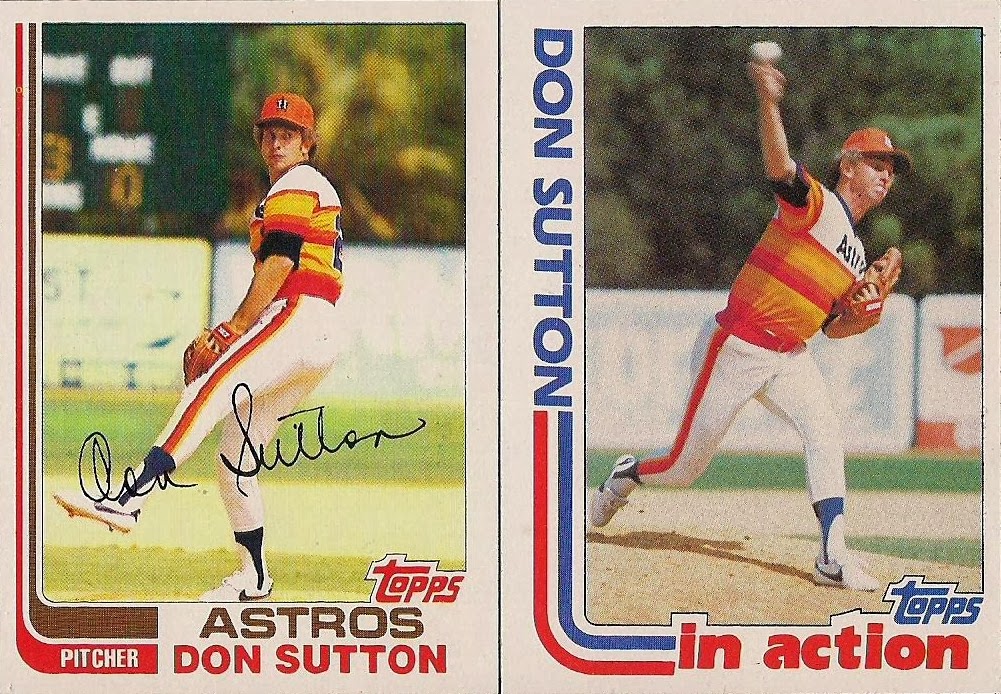 I'll talk about how there's not much difference between Don Sutton's base card and his "IN ACTION" card. 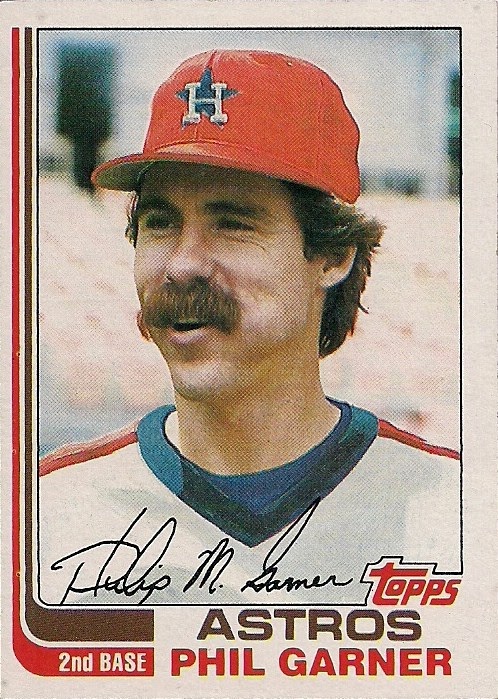 And I'll talk about where the 1982 set ranks in terms of the greatest percentage of mustaches, once I complete it.

In fact, I want to save some other observations for when I do complete '82 Topps. 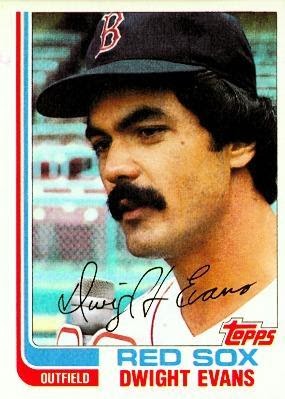 I am now officially disturbed by how Evans is always one of the last cards I need in every set during his playing career. What does he have against me? 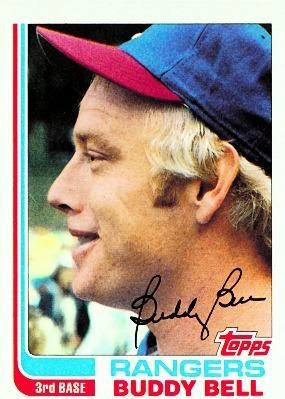 I have seen this card so many times on the blogs. It needs to be mine. 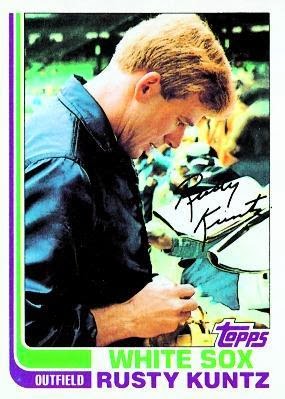 This one, too. Come on now, they're going to take away my blogging card. 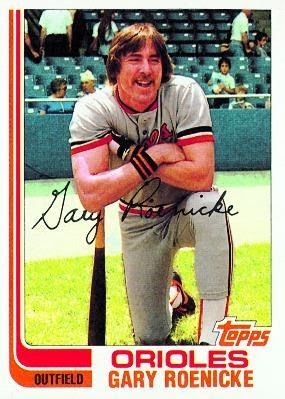 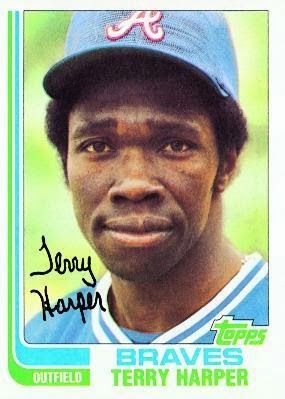 Laughter and tears. The many moods of '82 Topps. 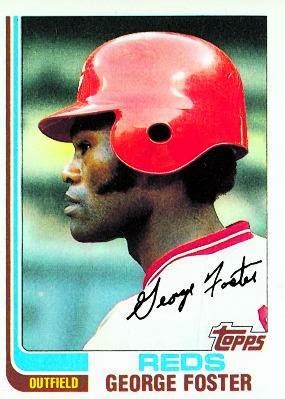 Possibly the most blatant card absence of the 1980s in my collection (and yes, I'm including '89 UD Ken Griffey Jr. in that). This very odd George Foster card has eluded me for too long.


One I do find all these cards and the 123 others, that will put a bow on all of the Topps sets from my childhood years. After that, I'll probably start hunting down early '80s Donruss and Fleer and Kellogg's cards.

Because there really is no rush like collecting the cards that you bought as a kid.

Before the cars and the girls and the booze and the college and the moving and the job and the wife and the house and the kids and the ...

Jason T. Carter said…
I'm pretty sure I have an extra Foster, and maybe Evans. I'm out of town this weekend but I'll check on Sunday night when I get home.

Commishbob said…
One of my great regrets (ok, maybe not that 'great') is having tossed box upon box of 1980s cards out with the trash before I was blogging and would come to know folks who could actually use some of it.
January 17, 2014 at 9:31 PM

arpsmith said…
I have 32 from your list including the Rusty, Roenicke and Dewey Evans I will send your way. Drop me an email if you would like the entire list to mark off your want list.
January 18, 2014 at 2:20 AM

Fuji said…
I'm sure you're going to receive a ton of these from fellow bloggers, but as soon as things settle down and your list is updated, I'm sure I have a ton from your list. I have a bunch of extras... a 550ct box that's nearly filled up... laying around. I'd be glad to help you out with the ones you need and send them your way.
January 19, 2014 at 10:21 AM