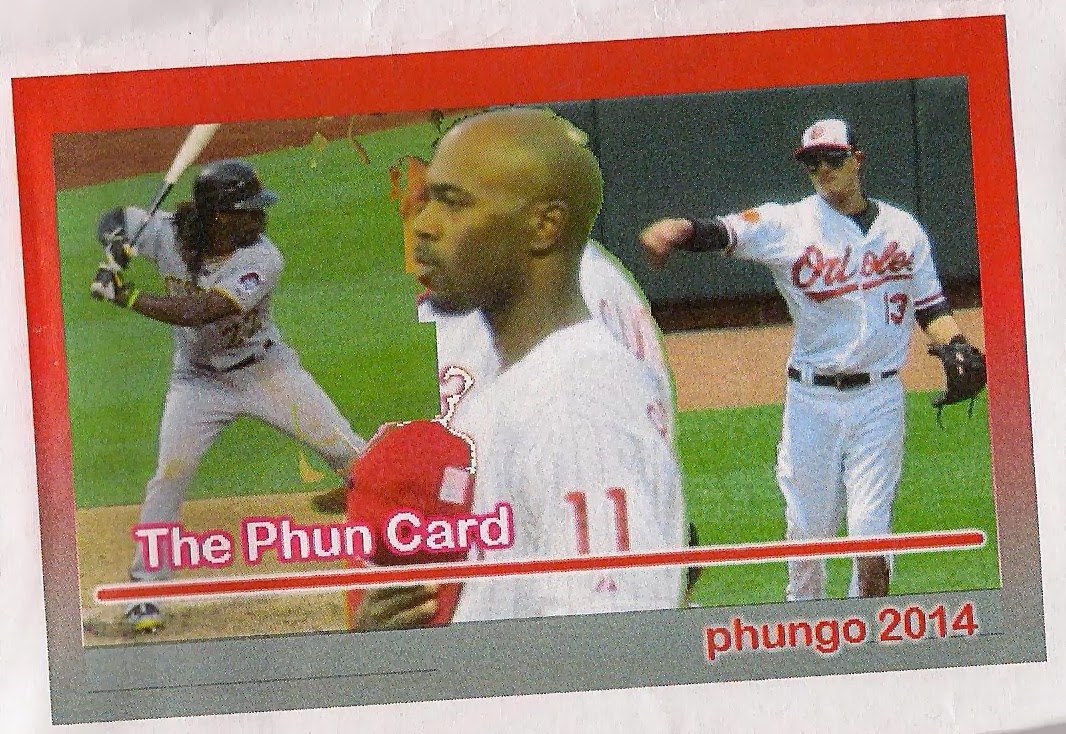 So, what's up with Topps 2014? Does anyone know when that's coming out? Does anyone care? Do I not know because I don't care? Has the date been released and I just wasn't paying attention? Does it even matter because I'll buy like 3 packs of the stuff? Is this some sort of night owl stunt where he does an entire post asking nothing but questions?

But my point is, I don't know when 2014 Topps is coming out, and I don't really care. Sure, the blogs will get me hyped when they start splashing it all over the internet in a couple of weeks, but I expect pack buying to be at the lowest level since the early 2000s this year.

Fortunately, I have a pack of 2014 Phungo cards to open so I can rid myself of any urges to clear out an entire card aisle at 2 a.m. at the questionable Walmart outside the city!

That Phungo is always thinking.

This is like the fourth or fifth time I've opened Phungo cards. It's always a blast. A mix of Phungo artistry with cards targeted to my tastes. You don't get that kind of service anywhere else. So let's see what the Phungo focus group told him this year. Let's open my first pack of 2014! 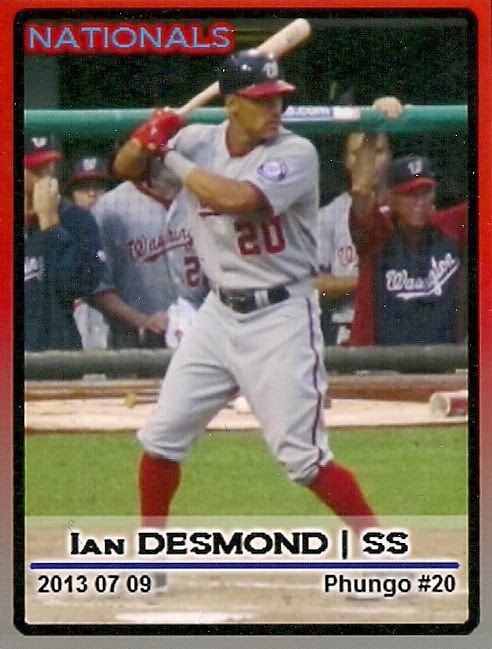 First card is a Phungo card of a National. Ummm ... well, the boring that is the Nationals allows me to focus on this year's Phungo design. It's perhaps the best ever. The gradient border design is sweet. I love the team name outline, too. And the bottom information graphic is UD-esque in its simpleness. Looking good. 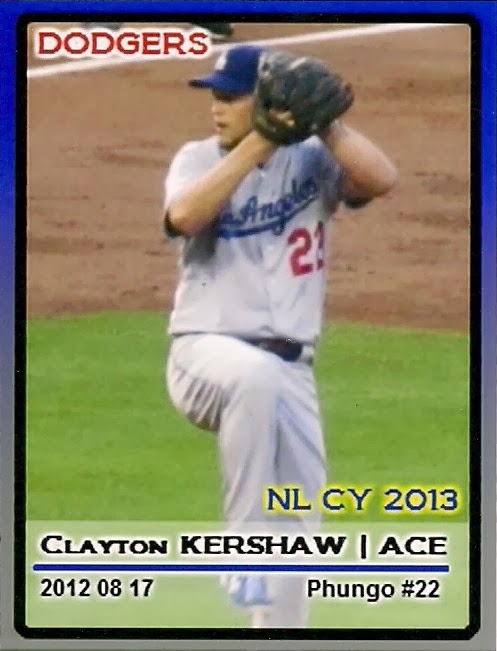 Awesome! My second straight Kershaw Phungo card. Last night, I was able to make the favorite player on my favorite team the lead story of the sports section. THIS IS EPIC! Do you know how long I've waited to do that here in Yankee country? Since the age of 16.

A Baseball Buck! Super cool. This is my first Baseball Buck from '62 Topps. Drysdale deserves to be valued at more than a dollar, by the way.

There is my crooked scan of the back. We would never have to worry about the value of the dollar going down if we put the Dodger logo on all of our money. ... well, except for when Frank McCourt was ruining the team. 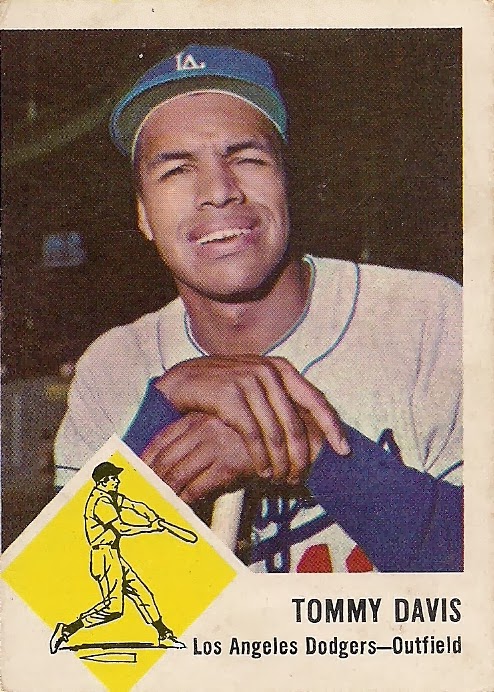 I love the mixture in Phungo packs. This is from '63 Fleer, immediately after Davis' phenomenal 1962 season. There needs to be more Tommy Davis Dodger cards. Topps needs to do a Moments and Milestones-style set devoted to Davis' 1962 season. One thousand different cards of each of Davis' 154 runs in 1962. Make it happen! 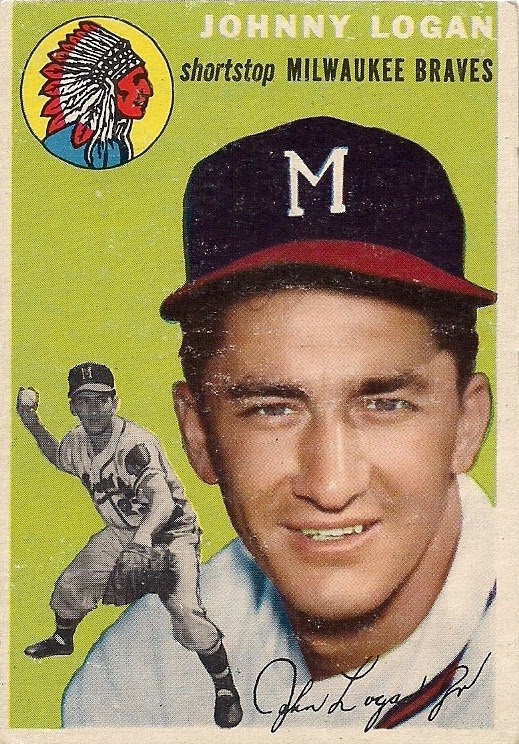 Phungo's been reading my tripe. Johnny Logan grew up in Binghamton, N.Y., and so did I. I finally added a Logan or two last year. This makes three. And 1954 is the first time Topps ever called him "Johnny." Because Topps loves its scrappy shortstops. 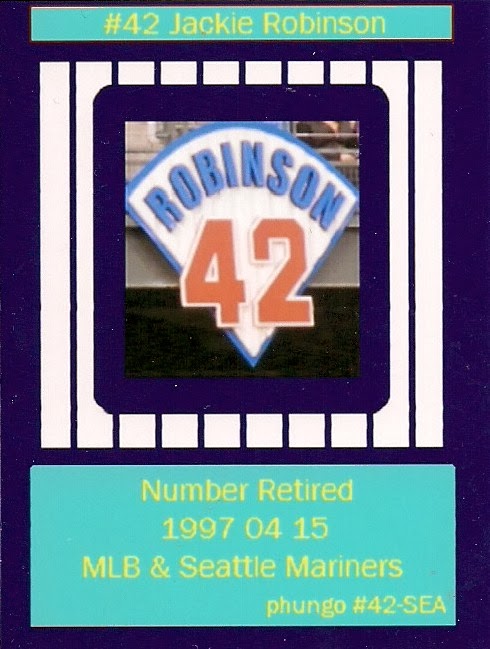 Back to the Phungo cards and it's a Jackie Robinson retired number insert! This is the Mariners' version and it makes my fourth Robinson insert. Let's review: 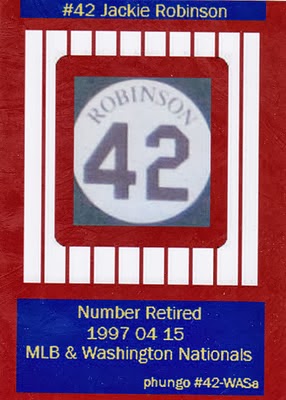 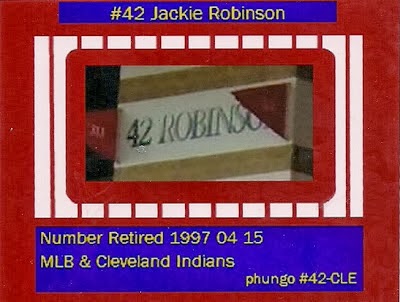 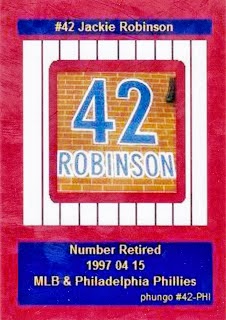 I'm really pulling for that Dodger insert next year. 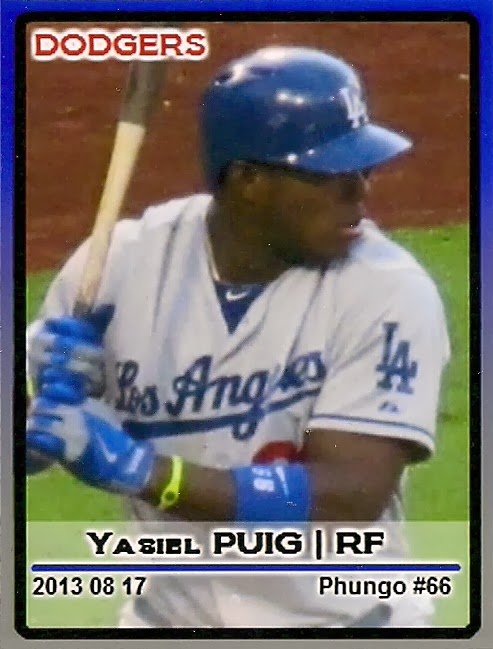 PUIIIIIIIIIGGGGGGGGGGGGGG!!!!!!!!!! I has this card, nobody else has it and I'm not even going to sell it on ebay for 80 bazonking dollars. Because I want to brag about it until there are no card blogs left. 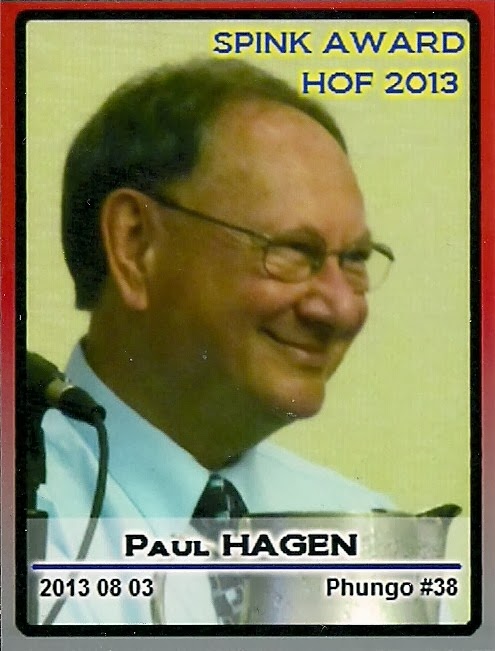 Wow. A sportswriter card. That's my line of work right there, and Hagen is a longtime Philly writer and was recently honored by the Hall of Fame. That's right, there are sportswriters in the Hall of Fame. But no blogger/tweeters. Work yourself into a lifetime of heart medication over that one. 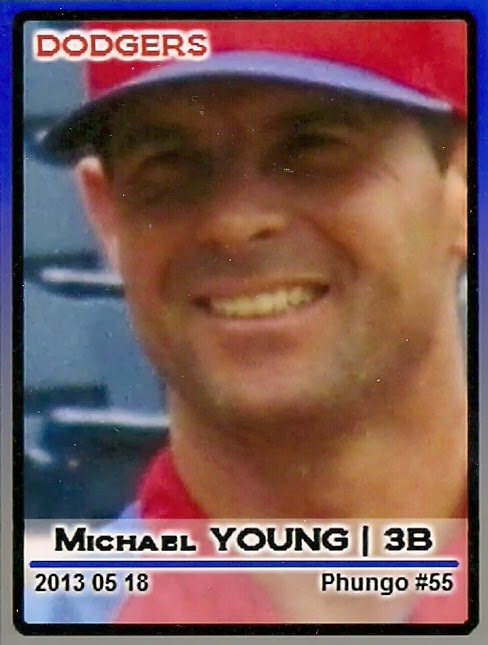 Ah the much-maligned Michael Young. I suppose this will be the only Dodger card of Young that I will own. That's kind of cool. 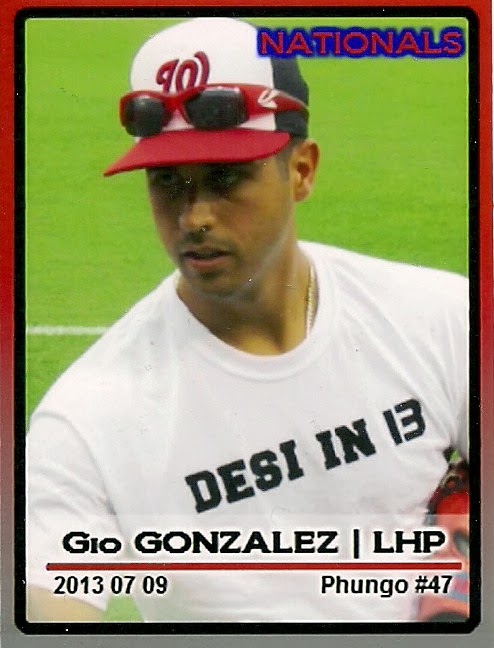 Oh boy, another National. Better than pulling an Oakland A, though. "Desi," I believe refers to earlier Phungo card subject Ian Desmond. It's not like Gonzalez is old enough to know who Desi Arnaz Jr. is.


That completes the 2014 Phungo pack, but as usual, there were more cards that arrived along with the pack. More great goodies right here:

First here are some MINNIIIIIIIIIIIIIISSSSSS!!!!! Weeeeee! Three more off the want list. Can I complete the set by 2015? I suppose it's possible. 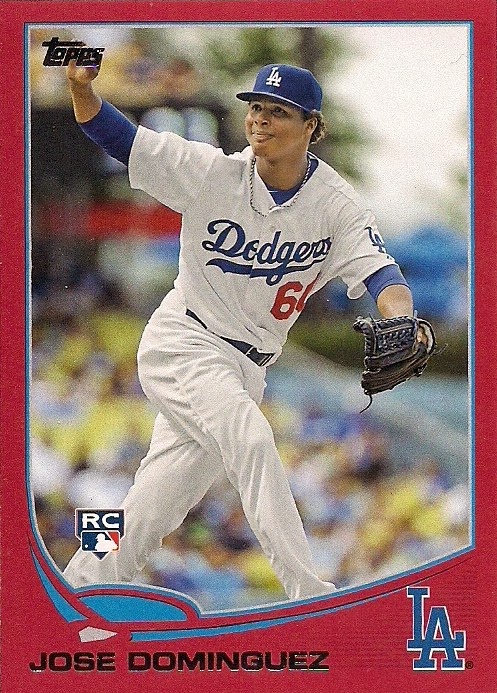 Can I complete the red-bordered Dodgers set from last year before 2015? Probably not. 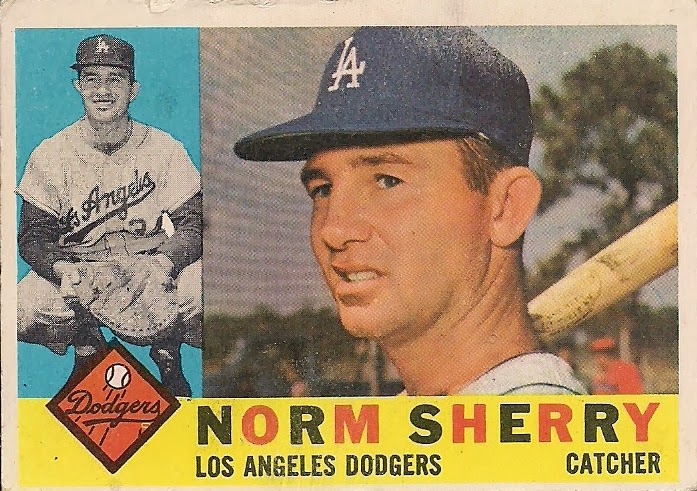 More vintage greatness of someone who was born on my birthday. Fantastic card to send. 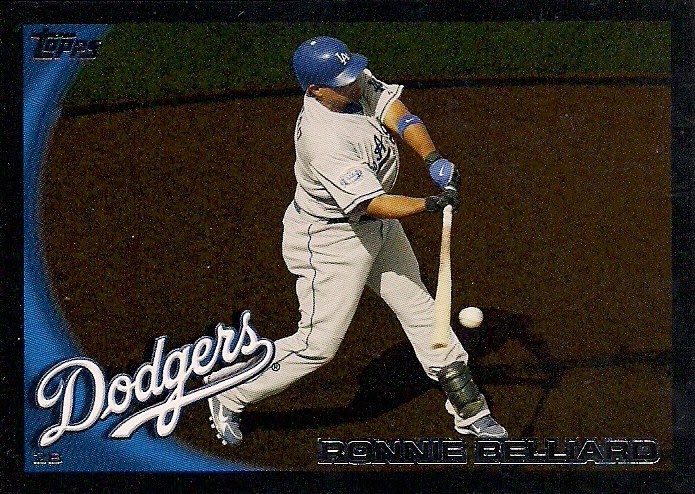 I think I answered my earlier question about the red-bordered Dodgers with this card. The answer is "no." 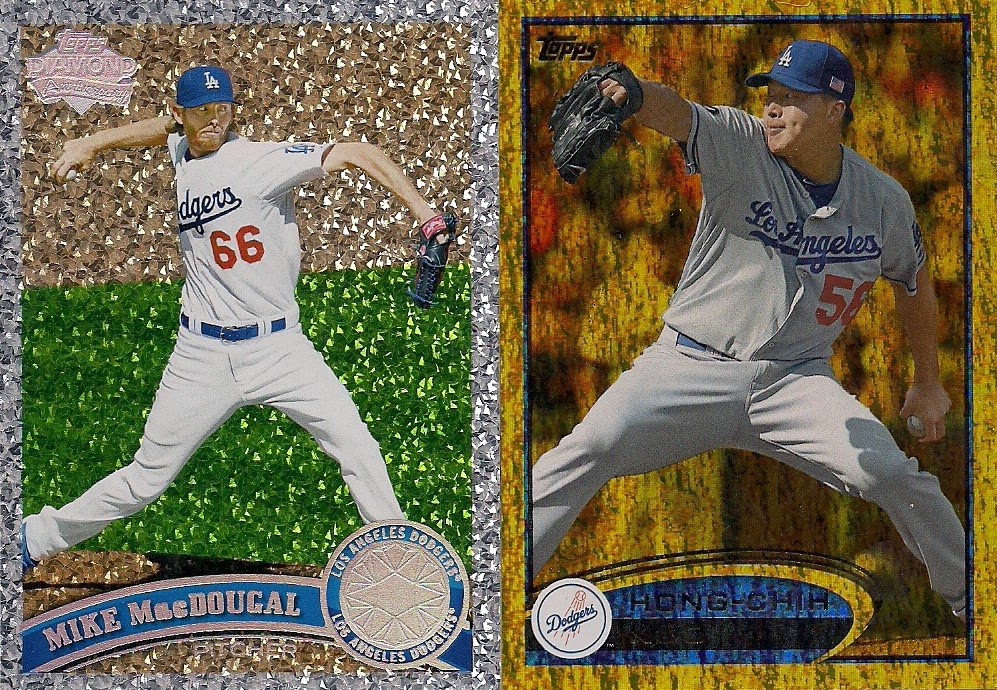 "No," "no," "no." ... But I do like how the scan makes it appear as if Billingsley is pitching from shade to sunlight. 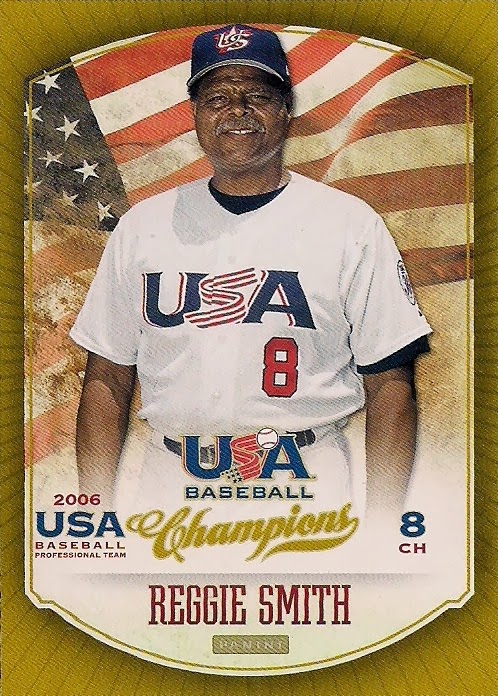 Is this is a Dodger card? I'll probably put it in the binder. There is no mention of any of Smith's major league teams on the back. 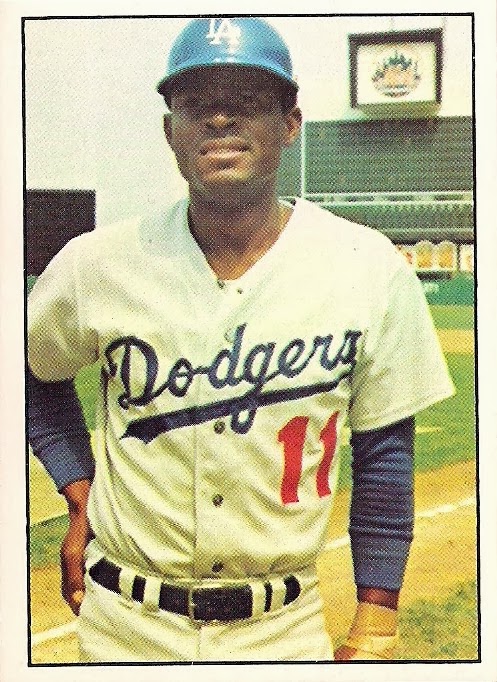 I must finish the SSPC Dodger set this year. Why am I stalling?


Phungo sent a couple of other cards wrapped in newspaper. The newspaper contained a sports story featuring a baseball card: 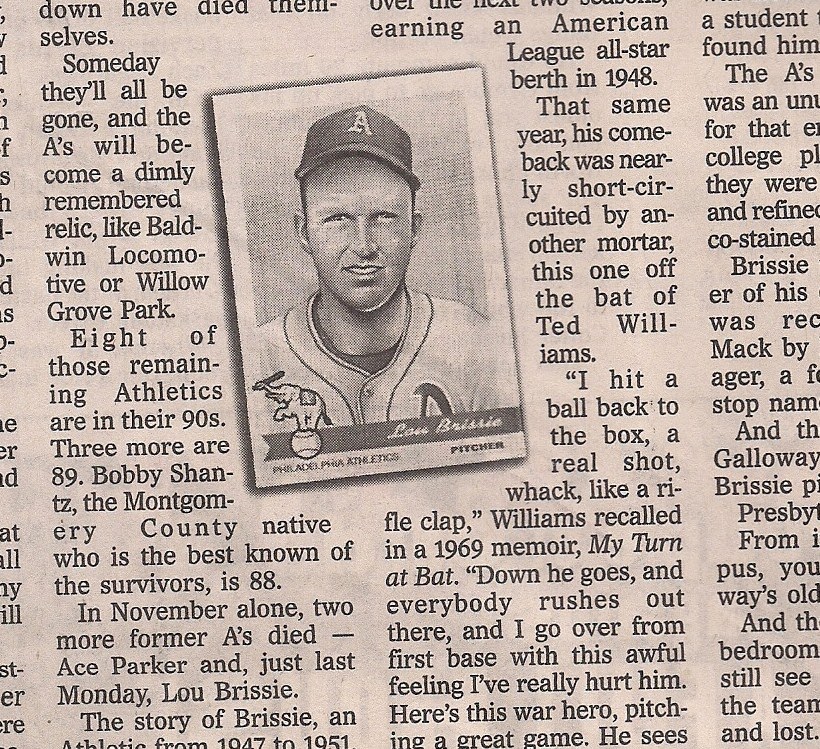 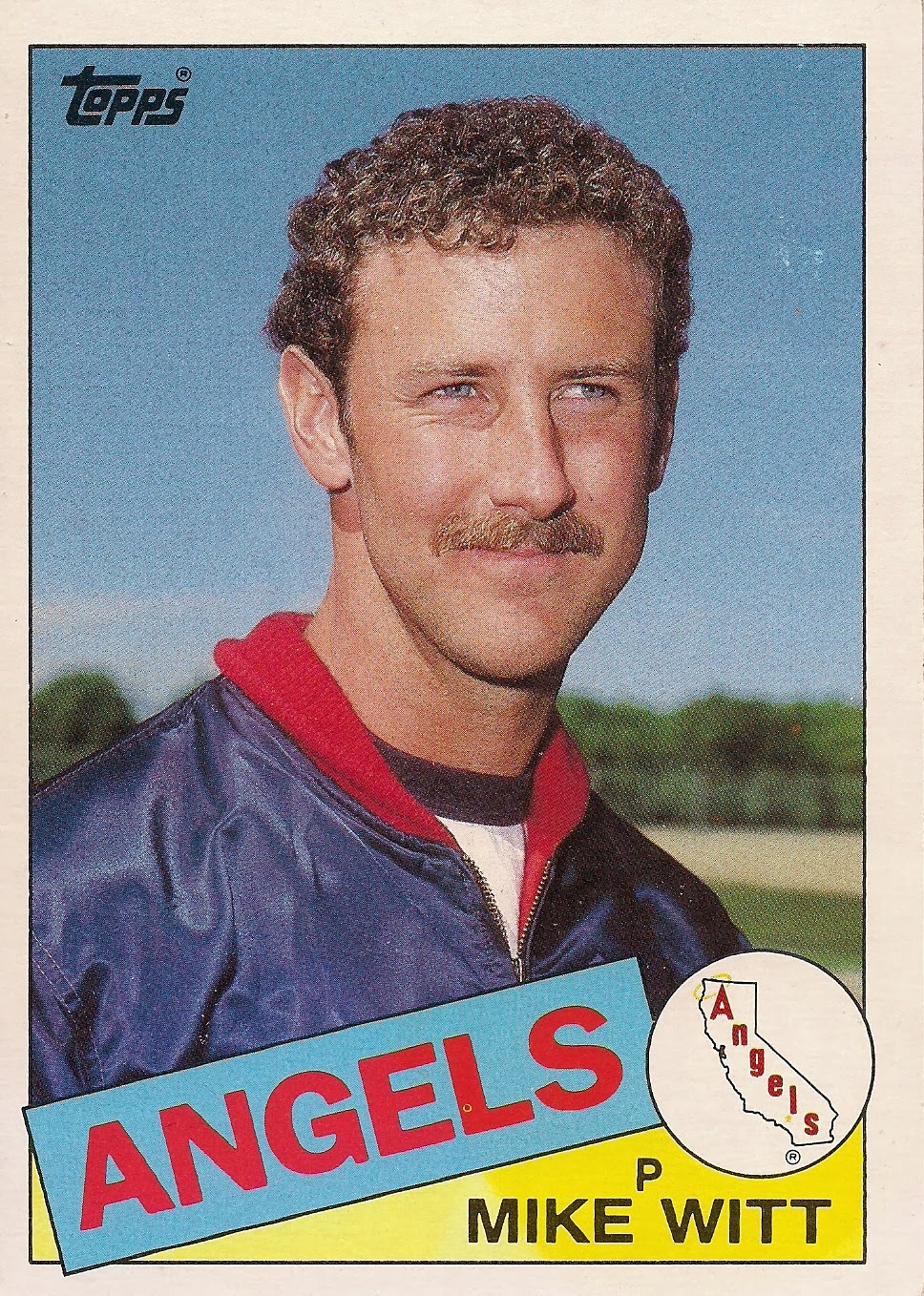 That was the first card out of the newspaper. A monster Topps 1985 card, possibly a tribute to my '85 blog. The type on the back is just the right size for 90-year-old ladies. 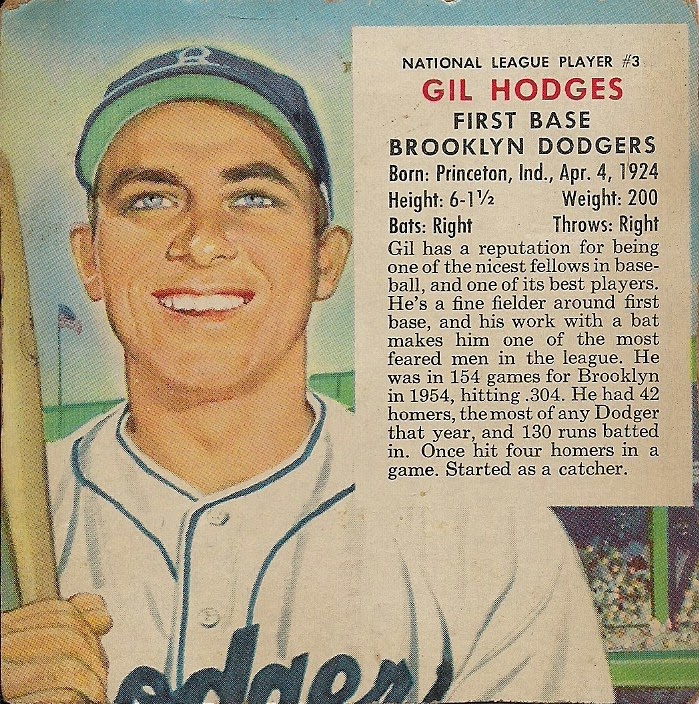 The second card was a 1955 Red Man of smilin' Gil Hodges, one of the nicest fellows in baseball. It says so right on the card.

That's a lot of cool stuff right there.

And it should kill the pack-busting urge for a little bit.

Robert said…
I don't think I've ever seen one of those baseball bucks before (I lead such a sheltered life...). Great pack of cards!

deal said…
Great summary of an early 2014 Phungo Pack - and I will always think of myself as a Phungi!

Random thoughts - 1)The Mike Witt is a nod to the '85 Topps blog - Those cards are the same dimensionsons but they seem so cartoonishly large. 2) When I first glanced at the Lou Brissie article, I thought it was the b-side to a 64 Topps Jumbo (Because of thte photo in the middle of the newspaper style text) and I was trying to figure out what 64T Jumbo I had sent.