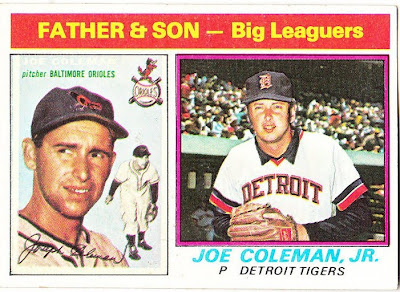 As a collector, my thoughts on this day go directly to Topps' old Father & Son subset, first issued in a five-card series in 1976 Topps.

The Father & Son set continued Topps' habit of displaying its old cards on a current set (Topps did it in 1975 with its MVP subset and in 1974 with its tribute to Hank Aaron).

It is a nice contrast, the old card of the father paired with the current photo of the son. 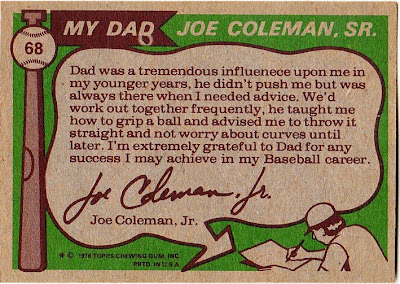 The card back is very nice, too (excluding the misspelling of "influence"). The current players "write" about what kind of effect their major league-playing father had on their career. I often wondered how Topps received these "letters" from the players. Did they interview the players or actually ask them to write something down? I have a feeling they weren't interviewed, or at least Topps didn't use the words from the interview verbatim. I'll show why later. 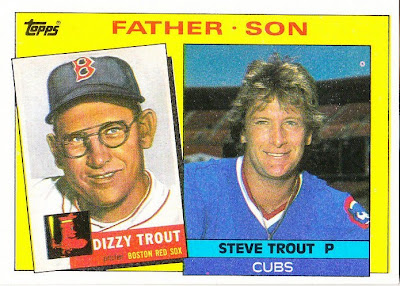 Almost 10 years later, Topps tried the Father & Son subset again in 1985. What was once a five-card set had ballooned to 13 cards.

Although the format was the same -- old card of father and current photo of son -- it didn't come off as warm-and-fuzzy as the 1976 set. First, on the front, instead of "Father & Son," you get the stilted "Father - Son." 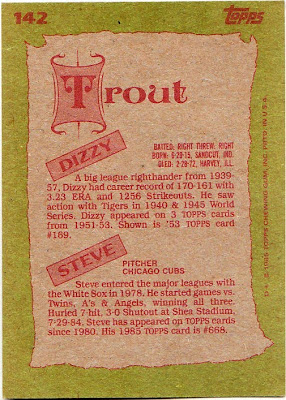 Then, on the back, it's a cold recitation of facts for both father and son. No "letters to home."

There were three players who appeared in both the 1976 subset and the 1985 subset. 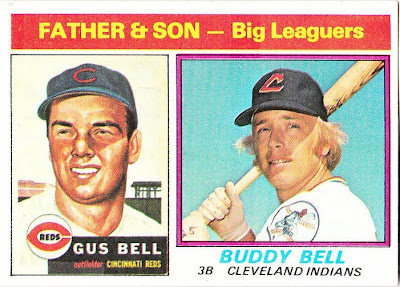 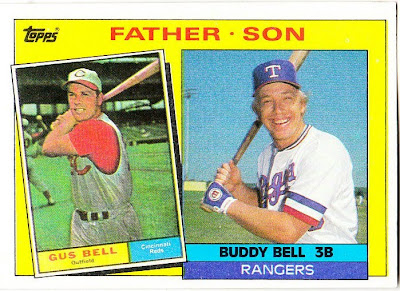 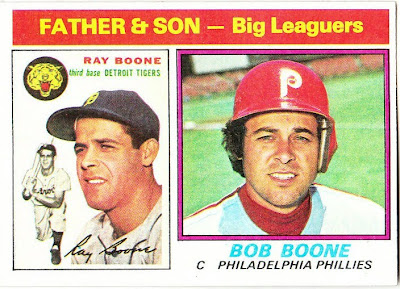 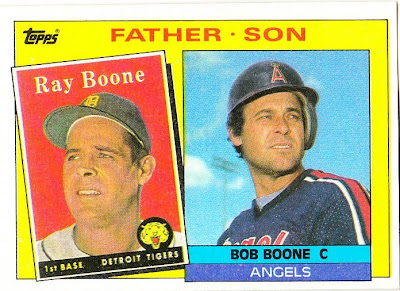 There was Bob Boone. The Ray Boone card is four years after the 1976 father & son card. Also, that photo of Bob would have looked good on one of his individual baseball cards. 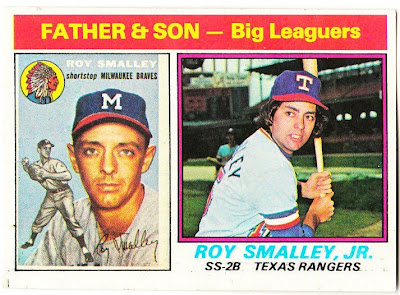 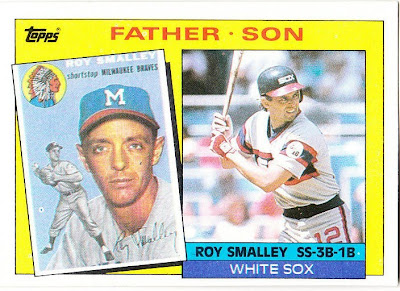 And there was Roy Smalley. I'm not sure why Topps used the same card of Smalley Sr. He had a 10-year career.

Of course, the Bells extended their major league family into a third generation with David Bell. And the Boones had third-generation players Aaron and Bret Boone.

But Smalley did not have the luxury of watching a son play in the major leagues.

Why was Bell and Boone so blessed and not Smalley?

I go back to the "letters" written on the 1976 card backs for an answer.

Note the letters written by Bell and Boone: 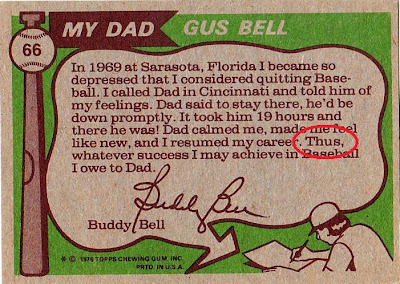 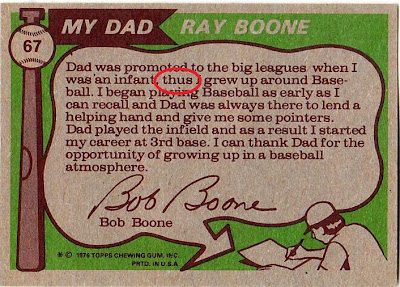 They both utilize the rather formal and often snobby-sounding "thus." 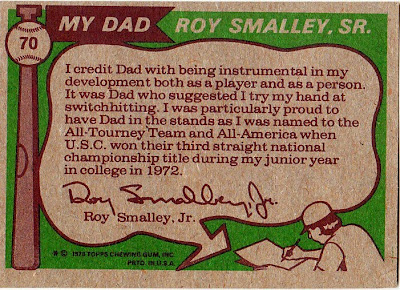 Smalley, although he uses impressive words like "instrumental" and "development" and "switchhitting" (which should be hyphenated, by the way), eschews the word "thus." (yes, I used "eschews" just to sound snobby).

Probably not. I just like pointing out ridiculous things like that. But it IS an indication that these "letters" were in fact written by someone and not spoken. I haven't come across any ballplayer who used the word "thus" while speaking.

I think Topps missed out on a lot of other key players by not reviving this subset at least a couple more times.

Matt Runyon said…
they should do a set like this once or twice a decade. the Boone cards would look like the "Hank Aaron Special" cards by now (grandfather, father, two sons)
June 20, 2010 at 1:50 PM