August 04, 2022
This is the last reminder to vote in the final for the next entrant into the Cardboard Appreciation Hall of Fame. Copy-and-paste the link to vote in the poll:  https://vote.easypolls.net/62e4287f8d4471006256dcda 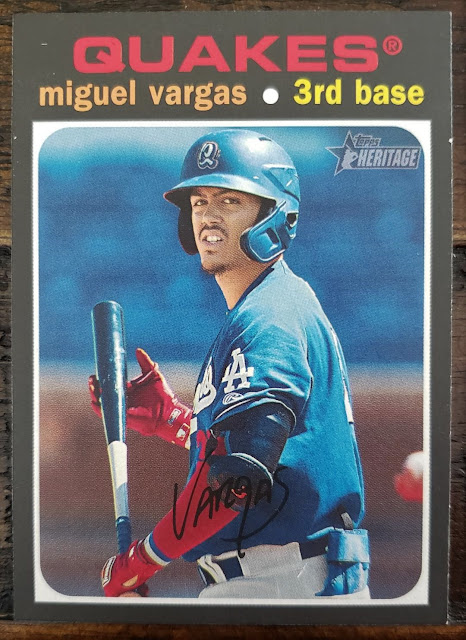 There is almost no better feeling in this hobby than completing a set.
I'm speaking "set" in the traditional sense, a flagship "it'll take you all year" 600-carder, or at least something in the 300- to 500-card range (probably with short-prints). That last card will make my day.
Completing those kinds of sets are more difficult than ever -- either Topps has packed the modern ones with inserts, SPs and bad collation to make the chase not worth it, or the recent "discovery" of vintage cards by a number of collecting returnees has put older sets out of reach. I am probably going to finish the year completing fewer sets than I have in years.
But that's where team sets come in. Team sets are easier, especially if you ignore the variation nonsense. They're smaller and just as fun, if you ask me, because every card is from your favorite team!
Recently I completed several team sets, with just one card in each case. Actually, Jeremy of Topps Cards That Never Were, completed them for me, with a well-targeted package that kind of came out of the blue. I can tell he really searched out my want lists, which never happens anymore. Someone was really paying attention. Old-school blogger-helping-blogger paying attention!
Here, I'll show you how well he did: 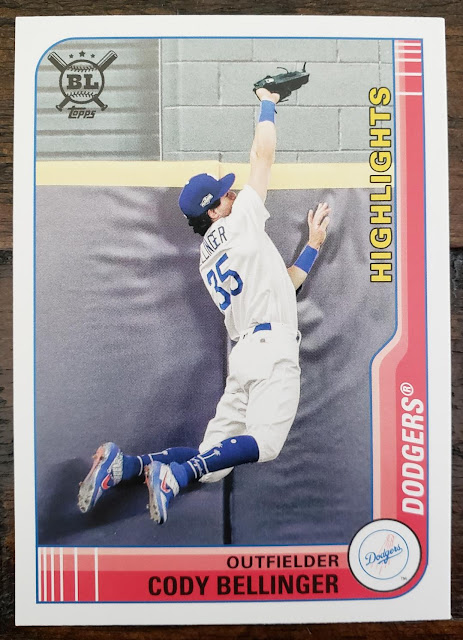 This card completed the 2021 Topps Big League team set for me. I even got to remove this from my cart (I can't remember if it was ebay or sportlots -- maybe both), which is almost as nice a feeling as finishing a set. 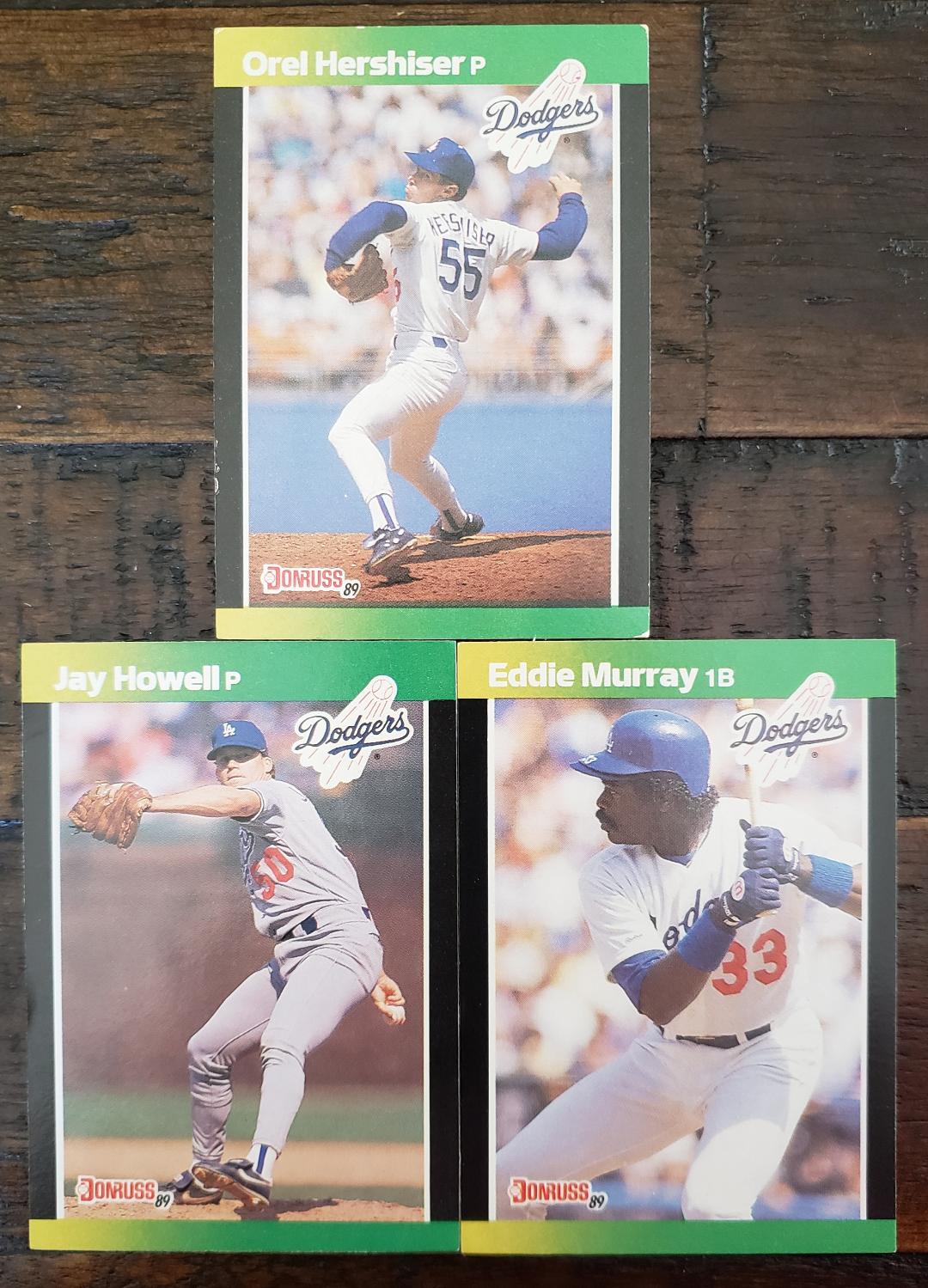 The final three needs from the 1989 Donruss Baseball's Best team set. This avoided me paying sportlots for the Hershiser card. Double fun! 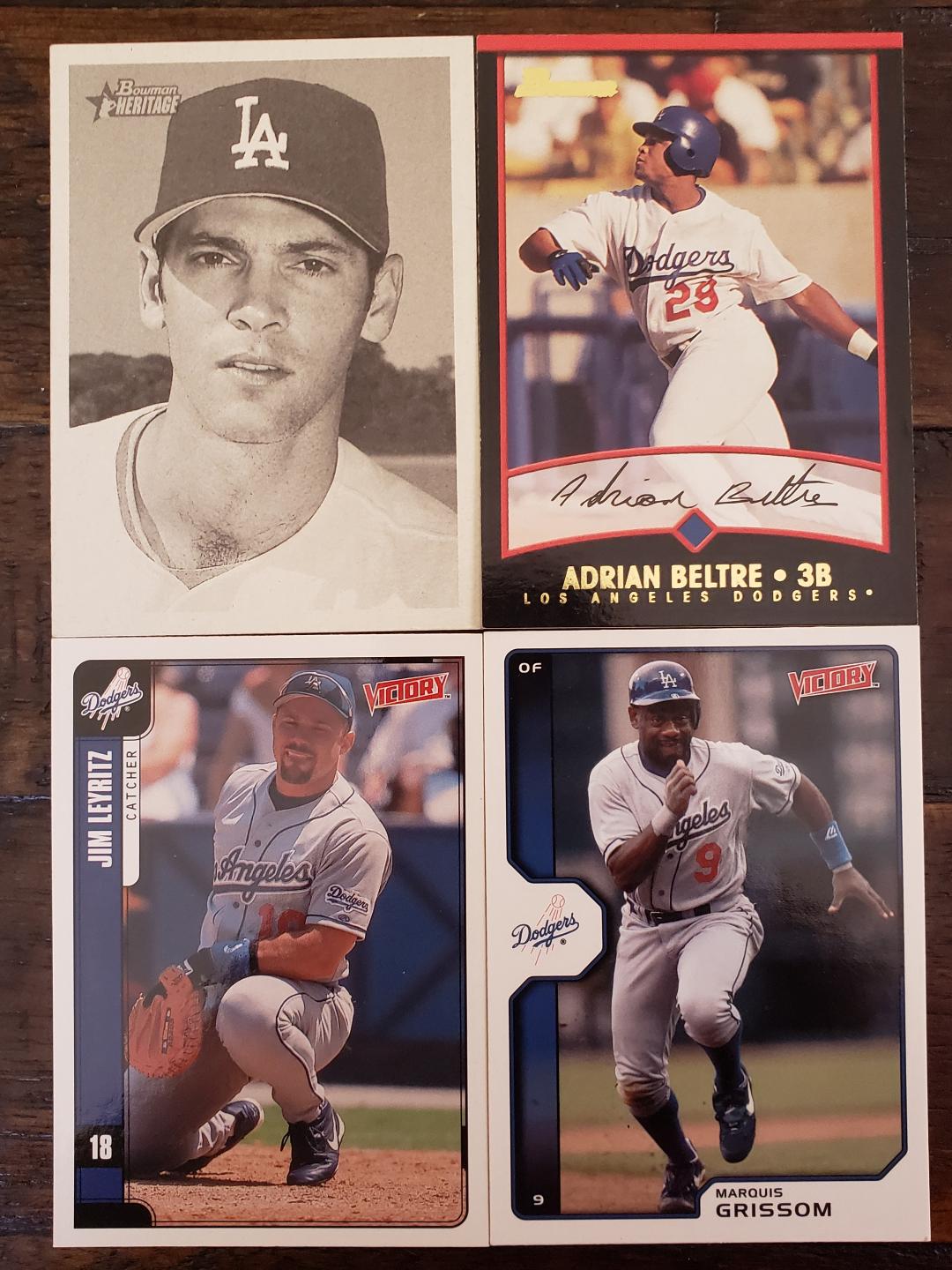 Only one set-completer here, although the other three were key needs. Adrian Beltre wraps up the 2001 Bowman Dodgers for me. 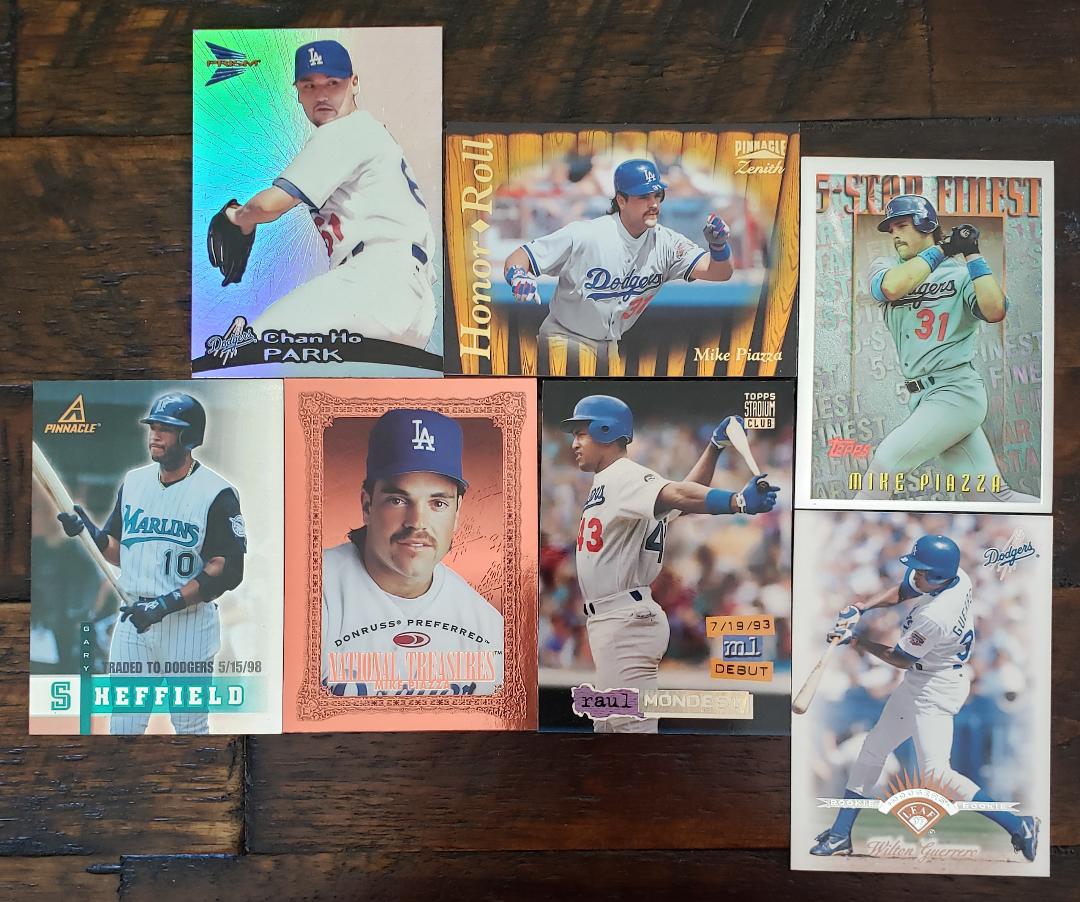 Time for the '90s. Four of the seven complete sets for me. 1996 Zenith, 1999 Pacific Prizm, 1997 Leaf and 1998 Pinnacle Plus/Inside/Whatever It Is with the Sheffield card. The three others were also needs. 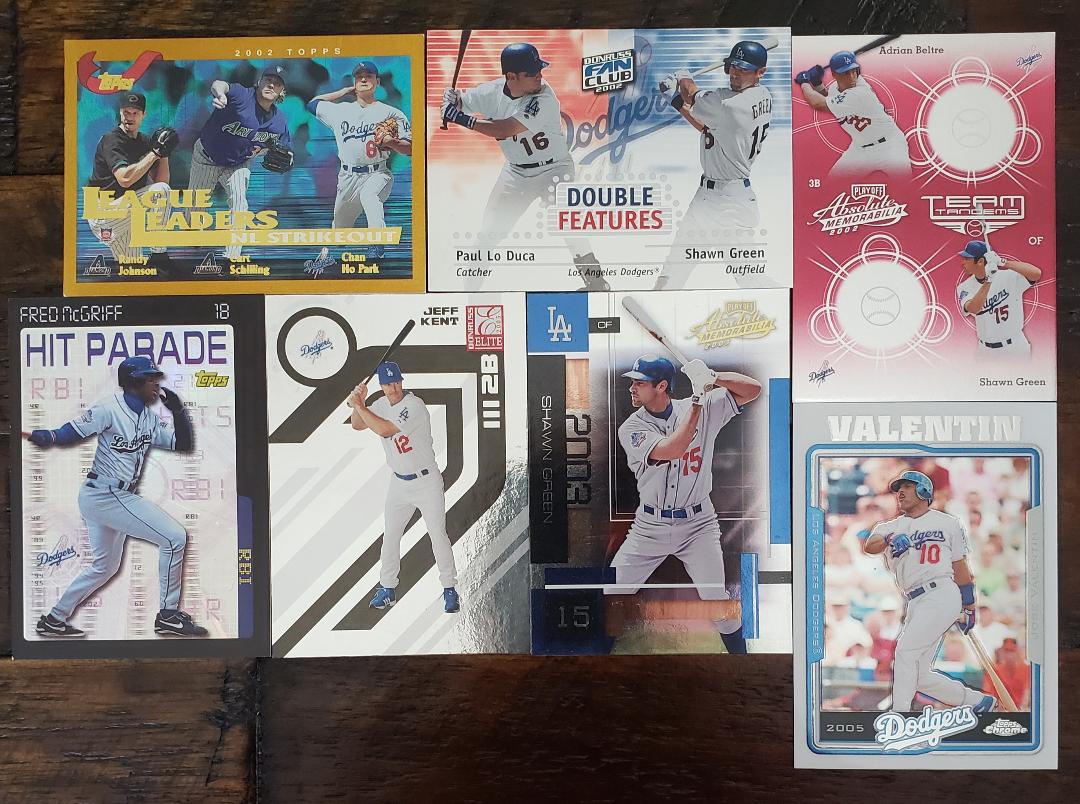 Just one team-set we-is-done with this one but it's nice to get it out of the way because 2002 Topps should be finished already and I hate it when I need a card with two Diamondbacks on it to finish a DODGERS set.
Also, check out all the shiny in this picture. 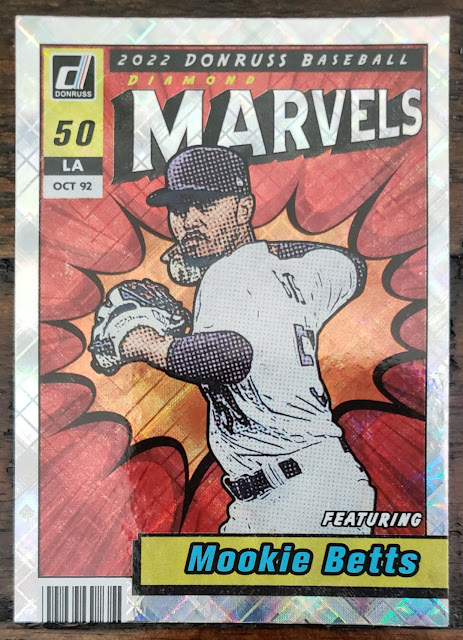 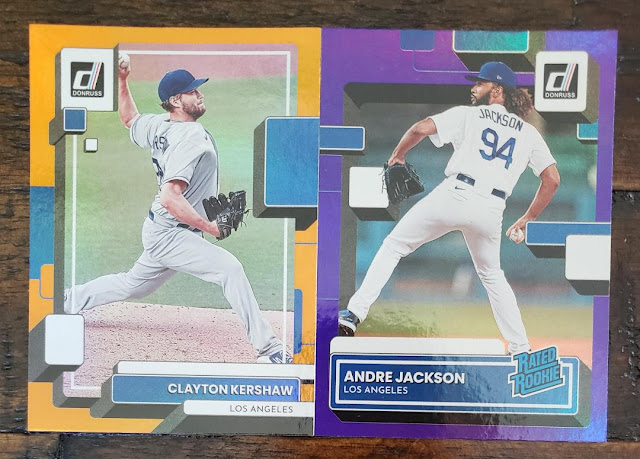 A couple more parallels from this year's Donruss, only these are "holo" versions. These "holo" colors are not doing it for me. Oh, the Kershaw card is a variation photo. Because nonsense. 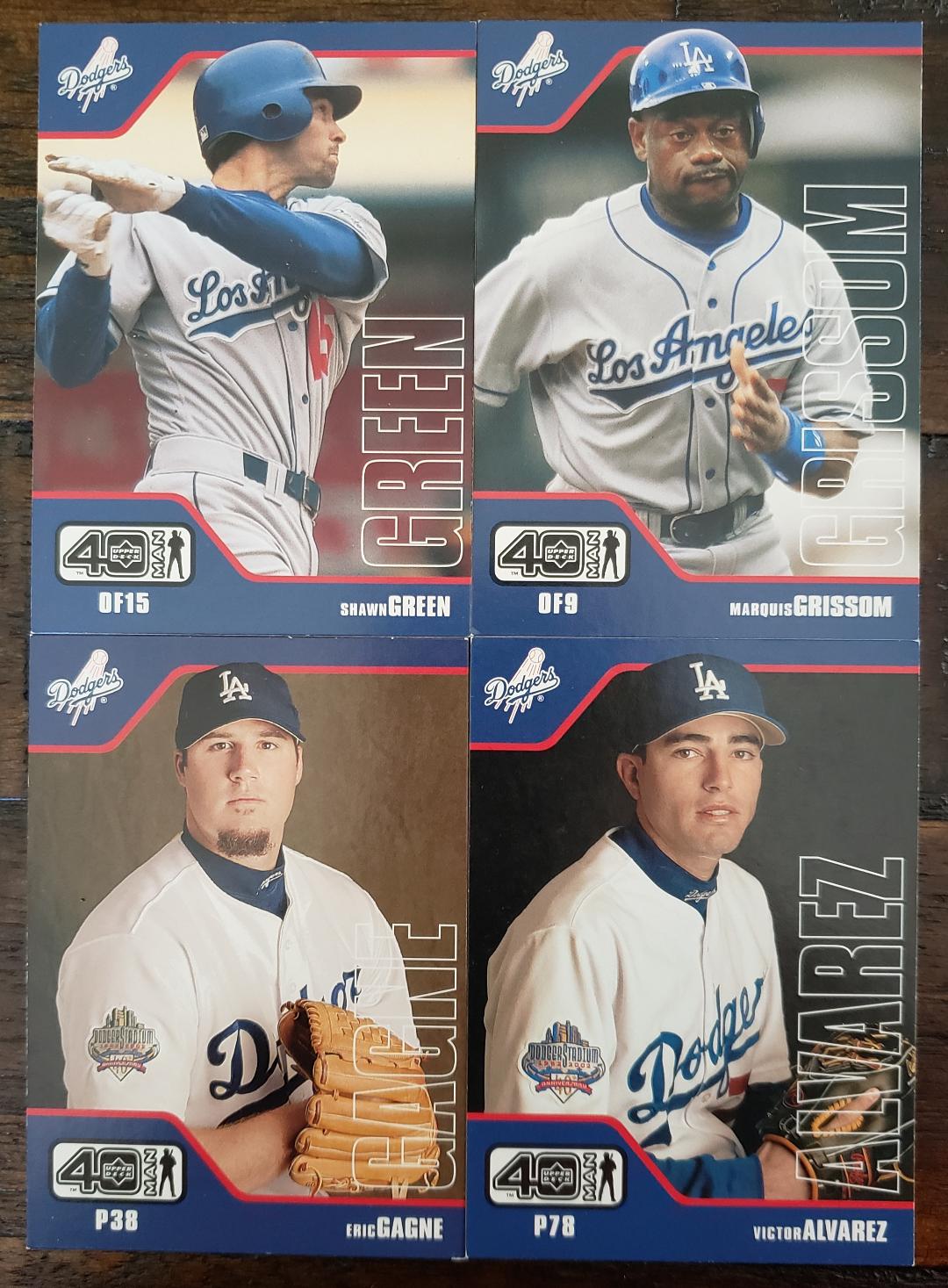 This was team-set-collecting madness in 2002. Collect a 34-card team set! Craaaazy!!!!!!!
Seems kinda quaint now.
But I still need like nine cards from this one. 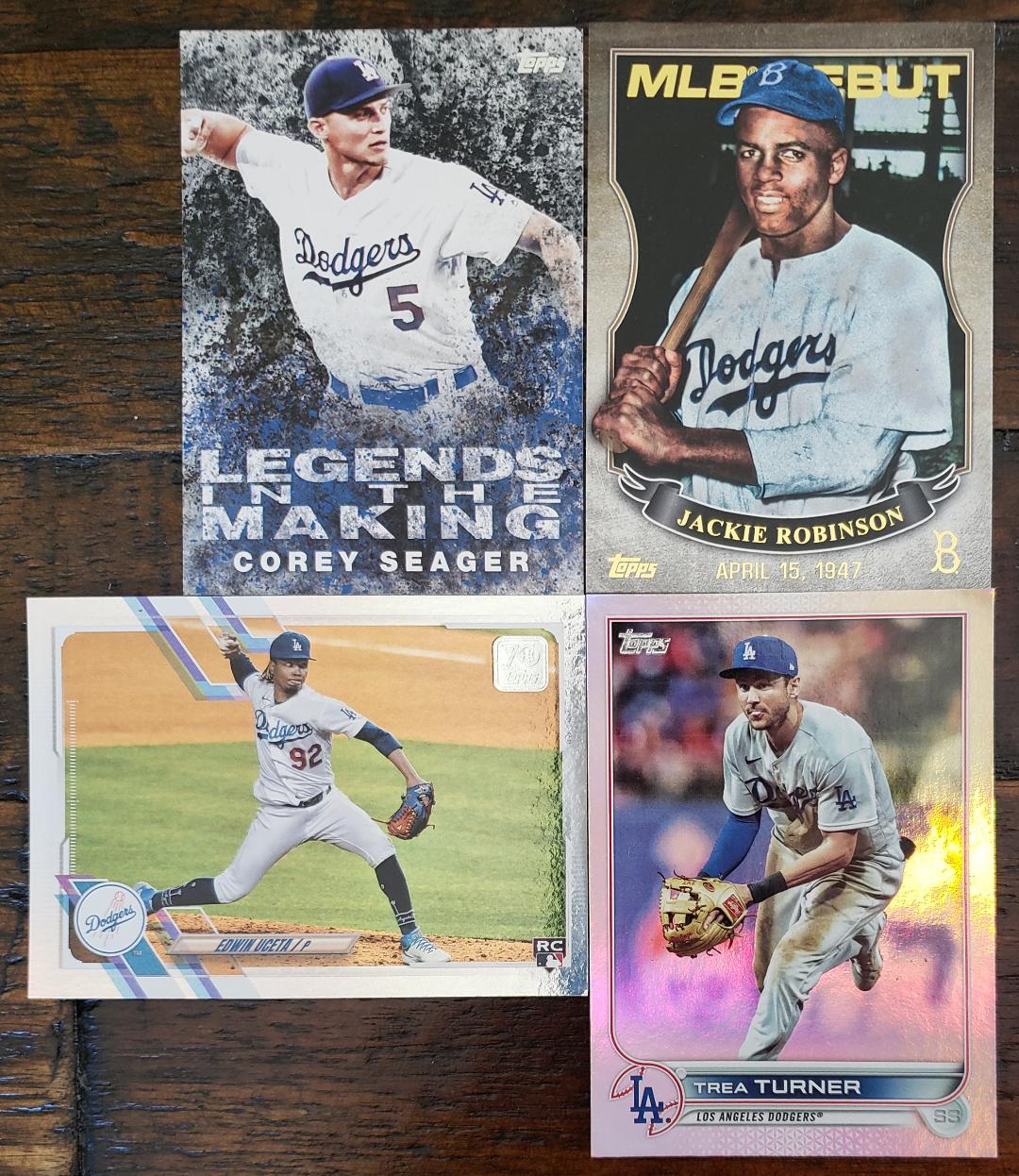 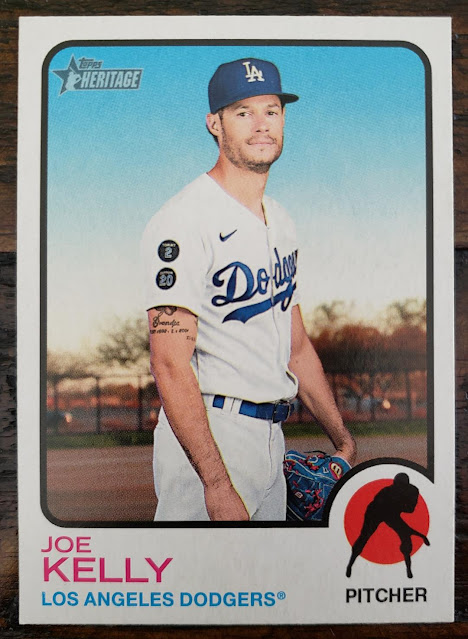 Some more current cards to close things out. The Joe Kelly card is another online cart-dumper -- I'm just disappointing sportlots sellers everywhere with this post. 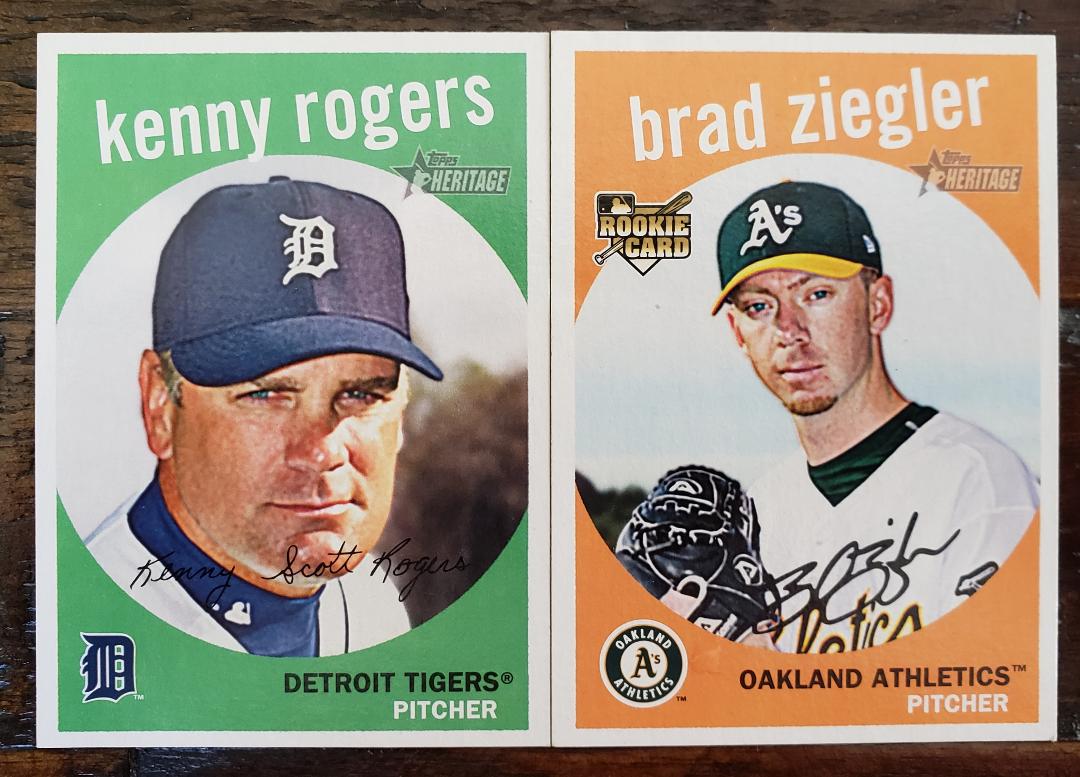 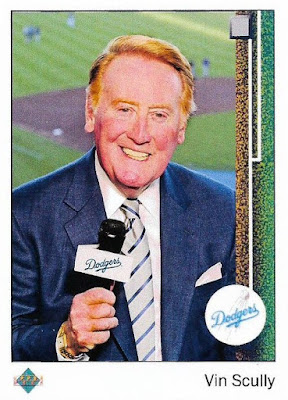 I didn't post yesterday for several reasons, mostly because I was too busy. But also, I didn't know what to say about the passing of Vin Scully.
I've written about Vin Scully several times on the blog, dedicated 4 or 5 posts to him in fact. Everything that I wanted to say were in those posts and I didn't want to repeat myself.
I didn't grow up listening to Vin Scully on the radio -- I wish I did. I came to know Scully through the Dodgers yearbooks of the late 1970s and then on NBC's Game of the Week. I didn't really appreciate what he meant until I went to college to learn about writing and realizing that Vin Scully was the best example of someone who turned the well-crafted written word into the spoken word.
RIP to the greatest broadcaster who has ever lived.

Phil Abramowitz said…
With the lead photo I was excited and hoping to see some talk about Vargas. I'll admit I caved and bought the Topps Now card that came out today...
August 4, 2022 at 7:30 PM

jacobmrley said…
People throw hyperbole around a lot, especially when someone dies, but it is never wrong to say that Vin Scully was not only the best baseball broadcaster but the best sports broadcaster period. RIP
August 4, 2022 at 8:17 PM

Fuji said…
I've learned more about Scully the past two days and have listened to more of his calls than ever before... and it's been such an amazing experience. I knew he was a legend the past 30 years... but the level of appreciation for him rose even higher after reading and listening to so many tributes.
August 4, 2022 at 10:50 PM

Nick said…
Excellent package from Jeremy there & I always love seeing UD 40-Man make a rare appearance on the blogs! Very Topps Total-ish set that seems to have faded into obscurity.