Going to call this "vintage week" 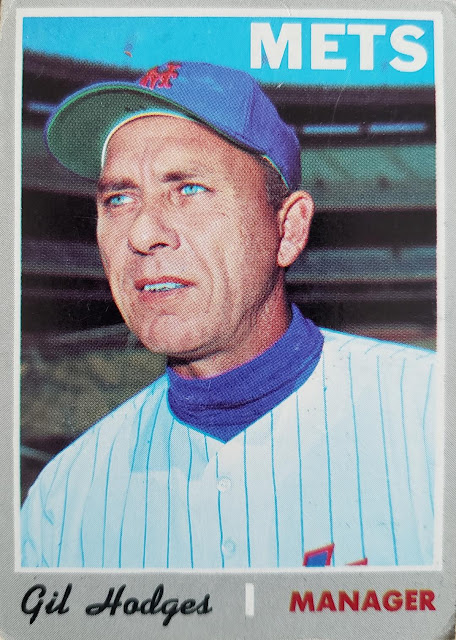 I've received a few small envelopes over the last week or so that have included vintage cards. Couple that with the vintage that caused my jaw to drop a couple of weeks ago, I'm in a vintage frame of mind, more so than usual.
So I think I'm going to call this "Vintage Week" and show some vintage throughout the week, ending with what will be one hell of a vintage post on Friday (fingers crossed).
Not every card will be vintage in these posts, let's face it, not every card I want is vintage. But each post will include at least one vintage card.
First, let's set the parameters of what is considered vintage. This is a question that comes up repeatedly. I instinctively think of vintage as any cards that arrived before I knew what a card was. I can do that because I'm old. There will be none of this "my first cards were 1987 so vintage for me is 1986." That idea, to me, is horrifying.
The most recent year for which I didn't know what a baseball card was is 1973. I had 1974 Topps in my possession in '74. This also makes sense as 1973 was the last Topps set released in series (before it was revived again unnecessarily in the 1990s).
However, I've since come to accept that vintage should be considered any card from 1980 and earlier. We're in the 2020s now and the end of "the monopoly era" is a sensible dividing line. The card collecting worlds were completely different pre-1981 and 1981 forward. Take it from me. I was there during the changeover. Epic difference.
So, there we go, you'll see at least one pre-1981 card in every post this week. Sound like fun? Good. You're my kind of people.
Tonight I have an envelope from Bo of Baseball Cards Come To Life! He just showed off the cards I sent him the other day. There was vintage in those pictures. There will be vintage in these pictures. 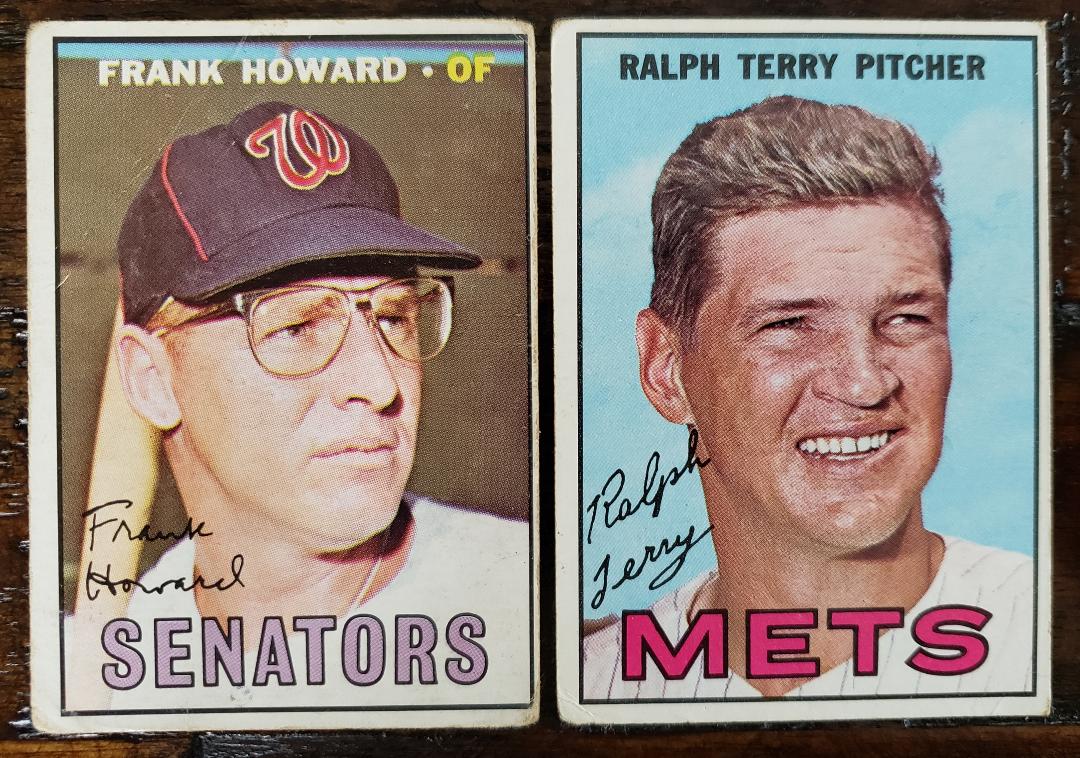 Voila, vintage.
Big Frank is 86 years young today, so I feel lucky to be able to show this card today. These each are for my '67 quest. Frank's got a crease -- so I may or may not upgrade -- but it's a lot better than the version I own with the penned-in update of his position. 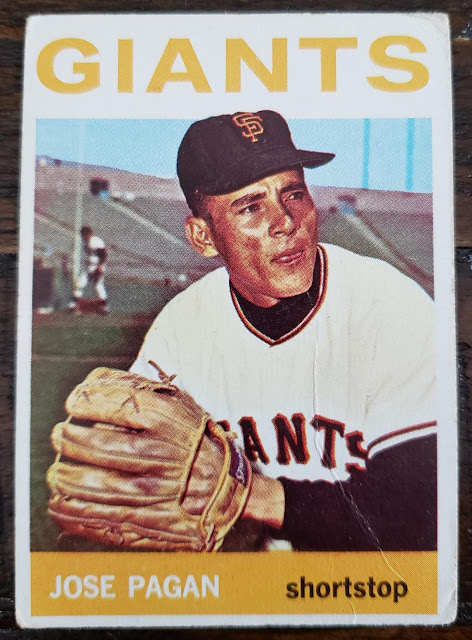 My request for this 1964 Topps card of Jose Pagan will become more clear in a few weeks. No, I'm not collecting the '64 set, nor lost my head and suddenly started accumulating random Giants. 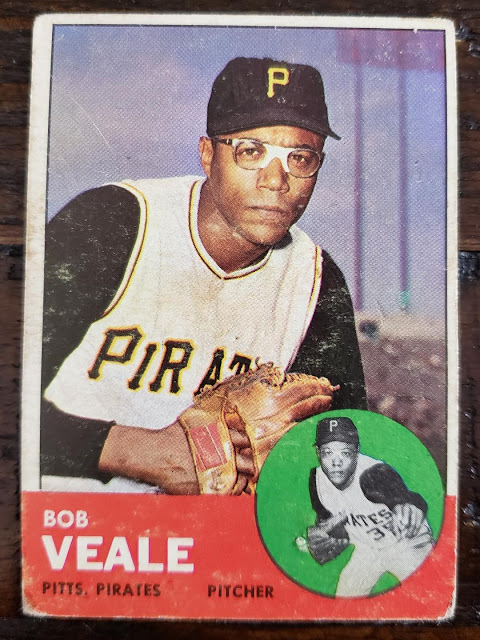 I could convince myself to collect Bob Veale cards though. This particular picture-in-picture combo is phenomenal. 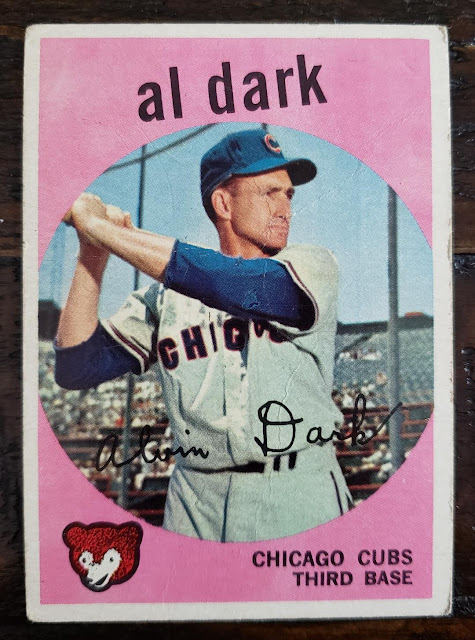 Bo had an extra '59 Al Dark card so I instinctively requested the extra. I think I was still under the spell of recently completing the 2008 Heritage set. 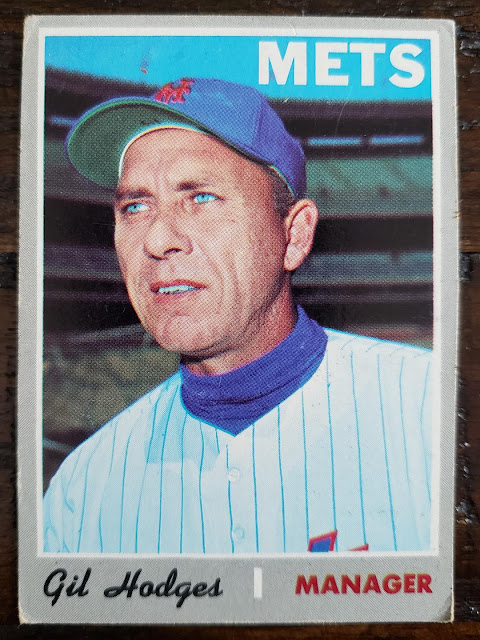 But honestly the star of the show was the 1970 Topps Gil Hodges. Not long after his Hall induction I have a 1970 Hodges version that will settle in my binder forever. No more upgrading this card! 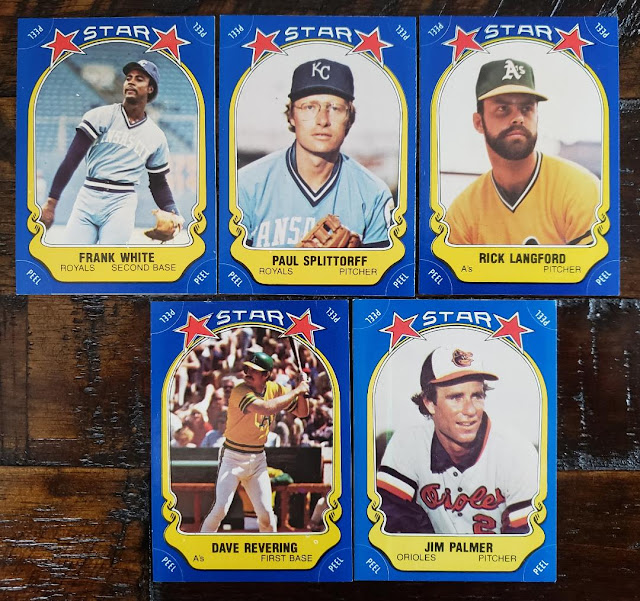 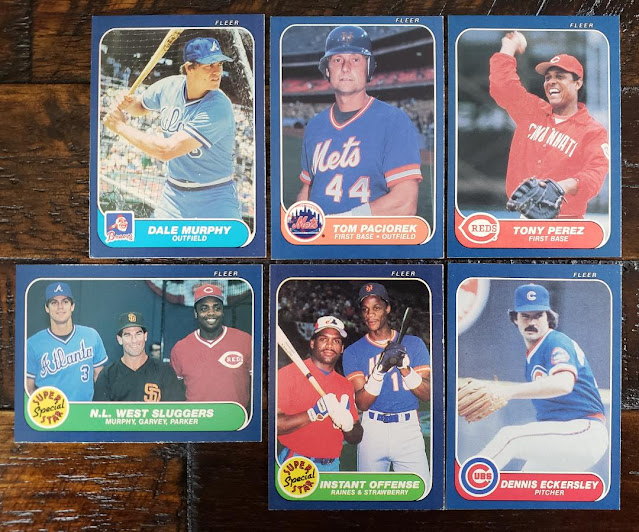 Bo also sent some 1986 Fleer needs. Good stuff. All of the guys pictured on these cards are getting up there now. In fact, Dennis Eckersley just announced that he's retiring from broadcasting at the end of the year. Not retiring from playing. Broadcasting.
But no way I'm considering '86 Fleer vintage.
That would mean everyone I was in college with that year is "vintage," and no way that's going to fly with any of them.

Chris said…
I'm glad you drew the vintage line at 1980, because that's always made the most sense given the (first) Topps monopoly ended with that year's set. However it was also the year I was born, so I feel like it's arrogant of me to claim that anything older than me is vintage, lol.
August 8, 2022 at 7:16 PM

Jeff B - Wax Pack Wonders said…
Curious about the Jose Pagan mystery. And I think I'm going to love the rest of Vintage Week.
August 8, 2022 at 9:31 PM

It is tough to delineate. I would agree that it feels to me that "vintage" ends around the mid-70s, but the end of the monopoly era is a more concrete marker. And then you have the junk wax/overproduction era, which clearly does not start in 1981, but then there's maybe 5 or 6 years which aren't in either category. The tri-opoly years, maybe?
August 8, 2022 at 10:22 PM

Nick Vossbrink said…
Vintage! Fun! I mentioned it on twitter but with all the retired players in modern sets I've found myself using "vintage" to refer to playing-days cards of now-retired guys no matter how new (or old) the card is.
August 9, 2022 at 2:52 AM

Bo said…
When you asked about Pagan and Dark around the same time, I was wondering why you were interested in guys best known for being Giants. The mystery continues . . .
August 9, 2022 at 10:52 AM