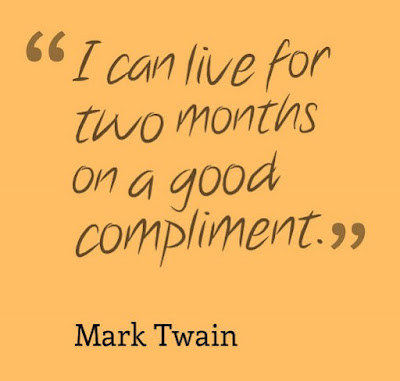 I am fortunate to have received many compliments on this blog, whether in the comments, in emails, in card packages, whatever.
I tell myself I don't need them, but it's obvious that I do. And when someone dares to give me an "uncompliment," I go and throw a 1,000-word snit fit on the blog. You all saw it. Not very mature of me.
The best compliment, as I've often heard, is paying attention. This blog has got that covered and it should be all I need. But recently I've needed more than that, and I got it ... all the way from China.

Yeah, I can live a few months off of that. I know that this blog means more to people than what I see it as: an outlet. But sometimes it's that reminder from half way around the world that wakes you up again.
The person who sent that email is a collector. He works in a school in China. He orders cards, then opens them up once a year when he returns to the U.S. God bless him, that's cardboard dedication.
I've mailed cards to England, Australia, France, the Netherlands and other places I can't recall right now. It's always a kick. I'd be happy to send cards to this collector in China. I have no idea what that would take.
I got another compliment recently from a place much closer. Jeremy, from Florida, is closing up shop at Topps Cards That Never Were. Before taking off, he's sent out a few cards. I received some, along with a note. It said something about being the No. 1 blogger and how he hopes I get every Dodger card ever. Thanks, man. I guess I'll keep blogging!
Jeremy sent a couple of Dodgers that filled needs. 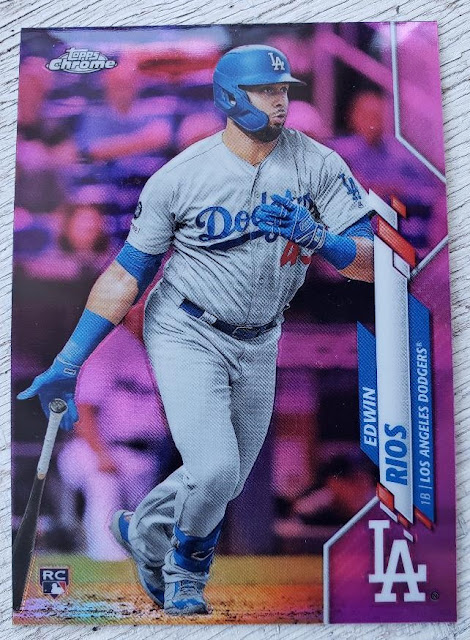 A pink Chromey of the forgotten Edwin Rios, who underwent season-ending surgery back in May and now nobody on the Dodgers can hit (OK, Edwin, that's not really your fault). 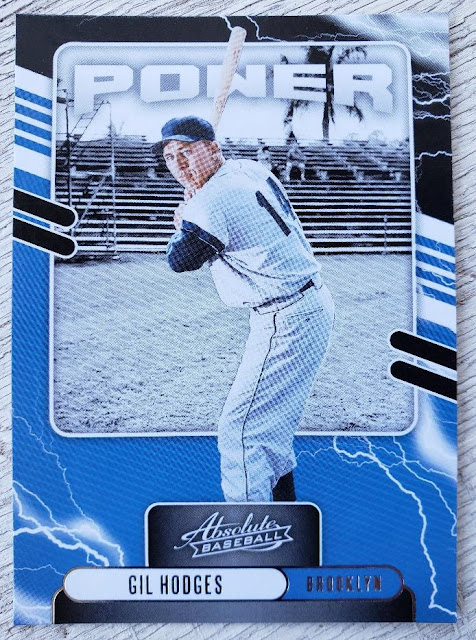 I love getting a brand-new Gil Hodges card! I don't even mind the lack of a logo.
Jeremy also sent a bunch of cards from one player who was definitely not a Dodger: 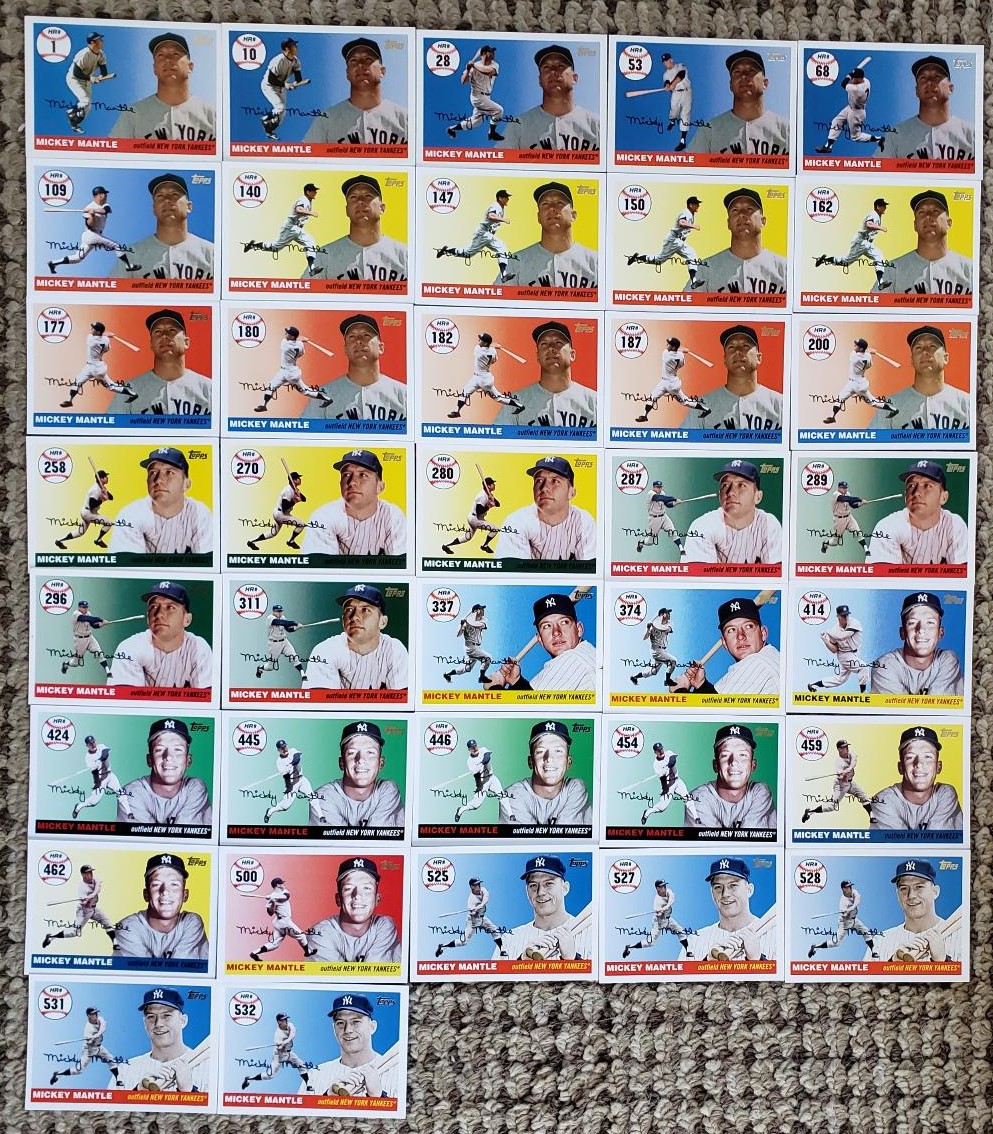 OK.
Jeremy apparently got the memo that I like the Mantle home run history cards. But I'm only collecting the ones from 2006 flagship, which are HRs 1-101 (I'll also take 102-201 since those were issued with the 2006 Traded set).
I'm down to needing 10 of those cards (HRs 6, 9, 21, 23, 50, 59, 77, 80, 92). Not sure what to do with the rest here. Anybody need some?
Mantle already sits 40th in terms of the player with the most cards in my collection, thanks to these things! These latest ones will vault him into the top 30!
Anyway, that's the kind of thing you can expect when you run a popular card blog. Compliments from far-off lands and way too many Mantle cards.
I wouldn't have it any other way.
(Best of luck to you, Jeremy).

Jason T. Carter said…
It's not difficult to compliment a blog like this one. I used to say it was one of the best, but it's pretty clear now that it is *the* best.

MikeSchmidtHappens said…
I completely agree with the sentiment. Night Owl, you've gotten me back into card collecting after taking off more than ten years due to my lack of interest in the direction the hobby was/is going. You've taught me to appreciate aspects of collecting I haven't really focused on: design, uniqueness, simplicity, photography.

Equally as important, your outlook on life is also refreshing in today's digital age. I love hearing about your various interviews and life experiences over the years and how it ties into our hobby. You also have a similar sense of humor as I do as well.

Jon said…
That was a nice compliment, one that I think any blogger would be more than happy to receive.
October 14, 2021 at 5:57 PM