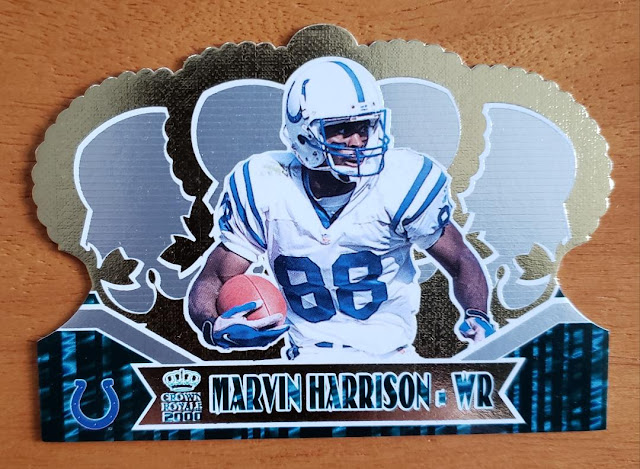 I was looking for a story in our online newspaper archives the other day when I randomly came across a feature I wrote on Marvin Harrison 26 years ago.
I took that as a sign as I had just received this 2000 Pacific Royal Crowne Harrison card from Matt in one of his Time Travel trades a day or two earlier.
I talked to Harrison during that period in the mid-1990s when I was covering the Syracuse football team. I couldn't have picked a better time for my brief era of coverage as both Harrison and Donovan McNabb were key figures on the team and each would go on to have notable careers in the NFL.
Harrison in particular set records during his career with the Colts and is now in the Pro Football Hall of Fame.
Back in 1995 he was a senior at Syracuse, their leading receiver, one of the best in the Big East, probably among the best in the country. I interviewed him with a group of other reporters during the lead-up to the '95 season.
That's the article. I cut off the actual text because I get a little squeamish about some of my past writing. I'm sure you know the feeling, looking back on some of the things you did, thinking "ugh, what was I thinking?"
I was five years into writing full-time as a sports reporter and I had finally gotten to the point where I knew I could write and had produced enough stories, particularly between 1992-95, that gave me confidence that this could be a lengthy career. I won a national award for a story in '92 and again in '95, but I think all of this was giving me a bit of a big head and I can tell from the writing. Eesh.
This would continue for a couple more years until I got a grip. But it's particularly notable with my Syracuse stories because -- here's the truth -- I never felt comfortable covering Syracuse.
Syracuse is a big deal in Central New York. It's been our biggest beat for a long time, although we don't cover it quite as much as in the past, going hyper-local on high schools. When I received the SU football beat, it was handed down by the main SU writer at the time, who covered both the school's football and basketball teams. He was getting a little tired of doing that, so he gave up football.
I was happy to land such a prime beat. However, I never followed Syracuse or college football. It never interested me. It still doesn't. I am a pro football guy -- pro sports in general. I don't understand the enthusiasm for college sports.
I tried very hard to get to know college football and SU. I am a journalist, part of my job is to make sense out of all kinds of scenarios that are unfamiliar to me, I've covered hydroplaning, sled-dog racing and muzzleloader-shooting without ever doing any of them.
But I never felt comfortable in the SU beat, mostly because I never cared. The football season was very exciting that year. McNabb was an exciting player and they played an exciting brand a football. SU went to a bowl and I covered it. It was fun. But I also looked at the fans and thought "why do they care so much?" I never think that way watching a baseball game or NFL game.
I feared that this lack of passion would show up in my writing. No one called me out for being a phony, but after a couple years in the beat, I was happy to give it up.
Harrison was a very entertaining receiver and he was interesting to watch. As an interview subject, he was quiet and kind of serious, not what you expect from today's receivers, or even then. He's not a big guy and that was different, too.
It's possible that's why I'm not crazy about the story I wrote, I probably thought I had to compensate for his fairly mundane answers.
So that's all I have for memories about my encounter with Harrison -- more about me than him (as usual).
The Harrison card will go in my collection of players who I have interviewed. I picked up a couple more in that category in my Time Travel Trade. 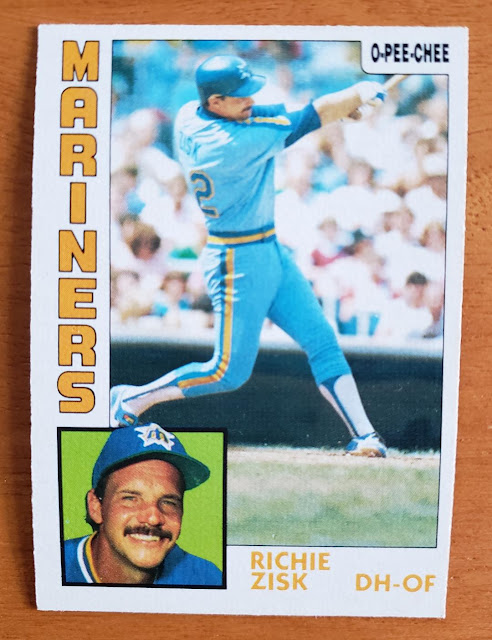 I've interviewed Richie Zisk. My earliest blog recollection in this series and one of my favorite interviews just because this is a guy whose cards I admired as a kid and he called me! 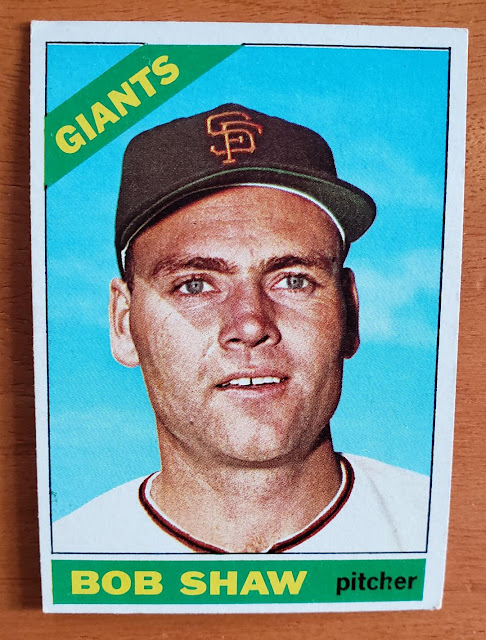 And I've interviewed Bob Shaw, too. Why else would I pick up a Giants card?
The other two cards I requested from Matt don't have to do with interviews. 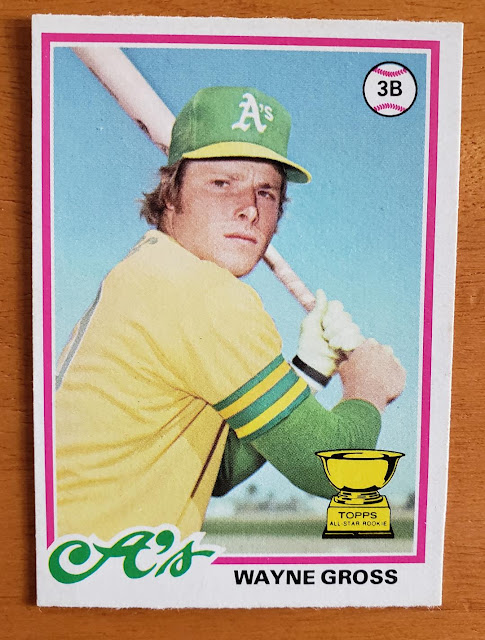 The Wayne Gross, like the Richie Zisk is an O-Pee-Chee card. Although there is no visual sign on the front that it's OPC, I always loved Gross' Topps '78 card so why not add the Canadian version? 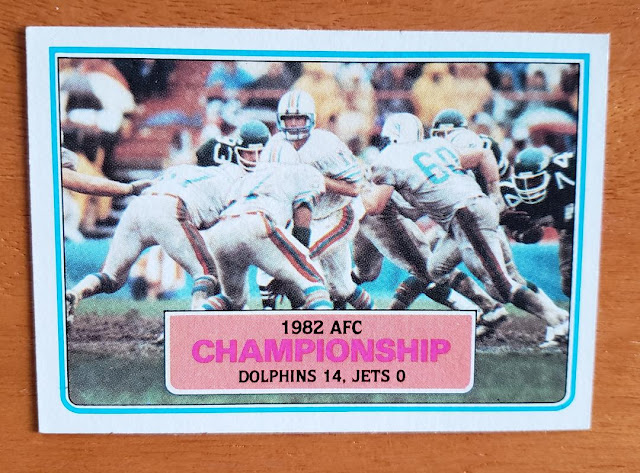 I requested this card under the mistaken belief that it was depicting the 1982 NFL playoffs. This is where that overlapping NFL year can cause confusion if you're not paying attention.
Even though it says "1982 AFC Championship," the game actually took place in 1983. I was looking for recollections of the 1981-82 postseason, which is among my all-time favorites, the moment when I realized -- hey, this NFL playoff stuff is a lot of fun.
If you don't know, the 1981-82 postseason included the epic Chargers-Dolphins 41-38 overtime game, still one of the best NFL game's I've ever seen, followed by the Freezer Bowl game in which the Bengals beat the Chargers in 10 below conditions. That was also the same postseason as The Catch when Dwight Clark and the 49ers topped the Cowboys. And finally that resulted in a Super Bowl between the Bengals from the 49ers, which -- trust me -- was the most bizarre pairing of teams in the final game that had ever existed at that time.
But never mind all that! This card merely recognizes the Dolphins' AFC title win over the Jets. Two teams I don't like, and a postseason, frankly, I don't remember at all until the Super Bowl (the Redskins beat the Dolphins and "The A-Team" debuted afterward!).
So, as you can tell by that prattling, I have a lot more to say -- and more enthusiasm -- for pro football than college.
And I'm much more suited to my desk job, where I can go write about what I want instead of walking a beat.