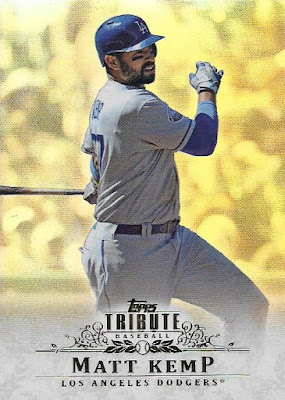 Even though I've only recently announced my more focused emphasis on set collecting and easing up a bit on the Dodgers completion quest, it's still been quite awhile since I've spent meaningful time with my Dodgers binders.

There are a couple of stacks of Dodger cards waiting to enter those hallowed binders. I usually update them after the most recent card show (at only 2 or 3 shows a year, it works out well). But after the last show in October, I didn't bother. So, they wait.

Also, it has been awhile since I received a card package like the one that was sent recently by cynicalbuddha at Collector's Crack. This was exclusively Dodgers, and mostly ones from that decade or so when I wasn't collecting.

I used to receive packages like this on the regular. It would make me flock to my binders to check whether I needed the cards. Then, since my knowledge of that time has always been limited, I'd have to check them again, because I can't retain anything made in the '90s or early 2000s in my head.

That's the way it was with this package. Check the binders! Now check them again! Good times.

It's a process. But finally I have it whittled down to just the cards I need. 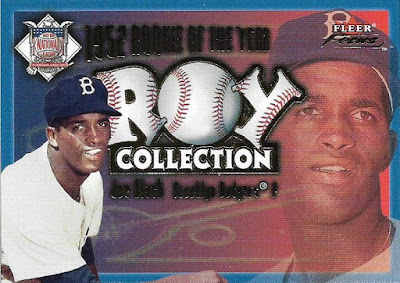 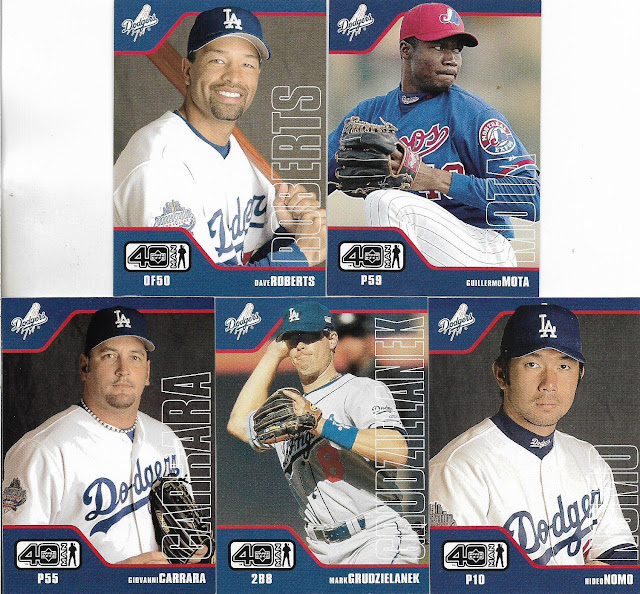 I love getting 40Man cards, even more than getting Total cards (40Man looks better). You really feeling like you're making a dent when cards from sets like these arrive. Mark actually sent more than this, but these are the ones I needed. As you can tell, they're key ones. 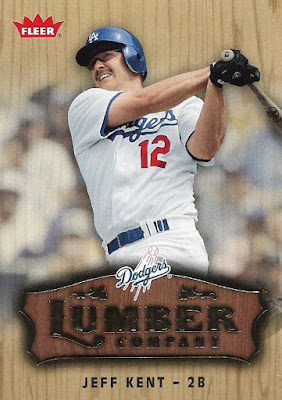 There are plenty of lumber-themed cards from between 1995-2005. That's natural given wood's contribution to the game. But how about some more baseball-material themed sets? I've seen leather- and rawhide- inserts. I've seen dirt-themed inserts. Some grass-themed ones, too (I'd take a few more of the grass-themed ones). What's left? Sunflower seed cards? 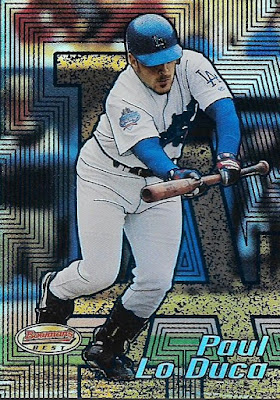 It's interesting that personal computers arrived in the '90s yet some '90s cards are the most difficult to scan. This lovely Bowman's Best numbered parallel is more blue in person. 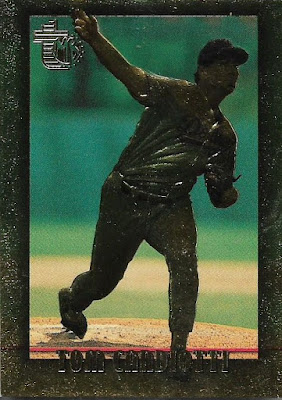 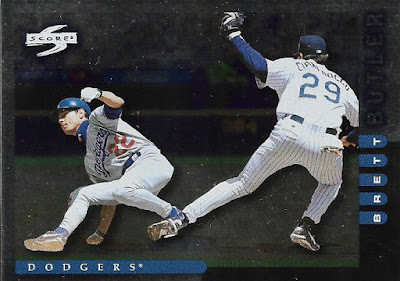 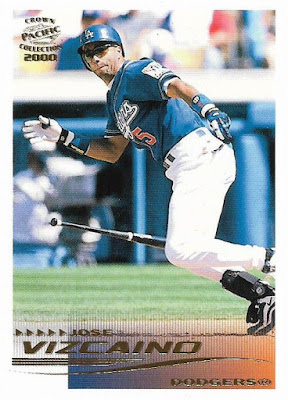 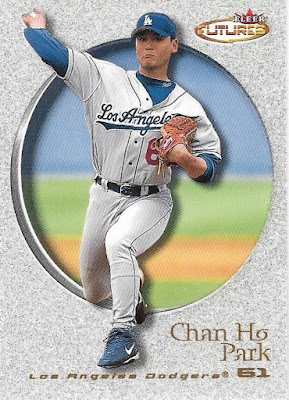 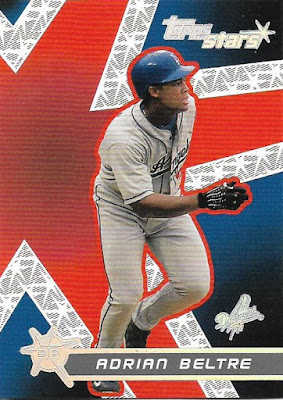 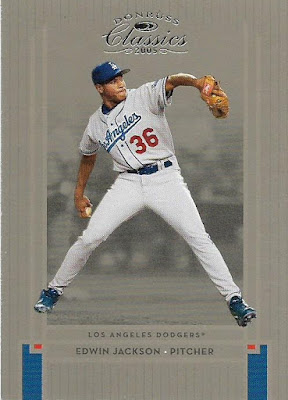 For the most part, these needs are well-designed cards from the early aughts (Topps Stars always had issues but I like this version better than the others). 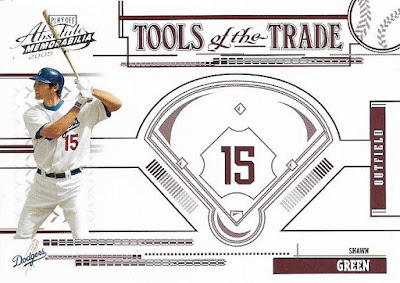 This need is a crappily-designed card from the early aughts. 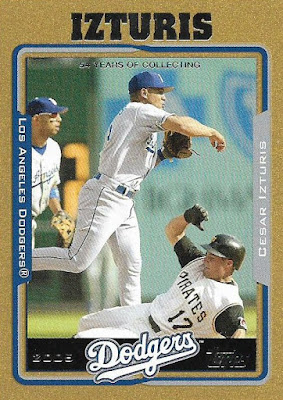 When gold parallels were king. I miss borders. 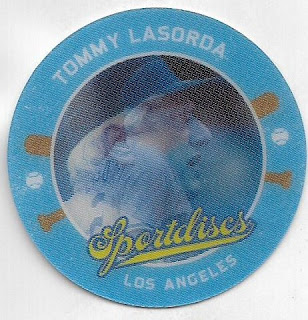 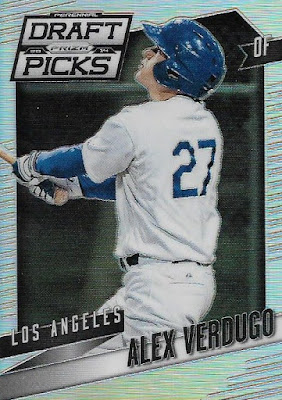 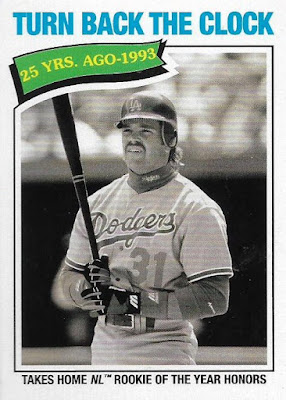 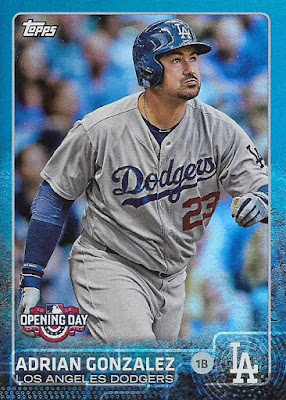 The package contained even a few more modern-day cards that crossed off a few want list numbers. I especially like the Archives 1977-themed Turn Back The Clock Piazza card. I wish Topps wouldn't make its best cards the most difficult to get. 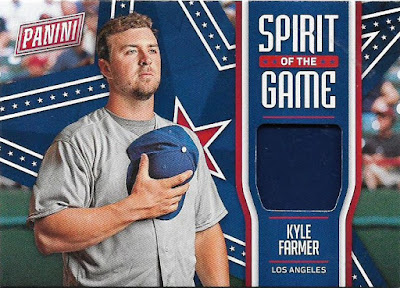 I also have completed a trifecta for Kyle Farmer -- rookie card, autograph card, relic card. I think I have done that for maybe 30-35 Dodger players total. And now, Kyle Farmer is one of them. Weirdness.

These cards will join the other waiting stacks. I hope to have some quality time with my binders next week as a vacation is arriving. But there's some big holiday arriving at the same time, so who knows?

Just hold on binders. I'll be home for Christmas.

Nick Vossbrink said…
I only just finished my quality binder time. It had been on hold due to running out of binders but I finally got everything organized last night. Feels nice though I don't know what to do with myself now. Also feels nice to turn the corner from "send me all the cards" to "oh huh I need to put a searchlist together now"

And LOL at the foil/chrome stuff that just doesn't scan. I've been meaning to really look in to WTF is going on with those but the inability to get a good scan/photo makes the post nigh impossible. I do like how you have one card where the player is all shiny and the background not and another with the exact opposite.
December 12, 2018 at 8:12 PM

Adam said…
I so wish I could get some quality binder time in. I've got a well deserved "Christmas break" coming up from the 21st through the 1st so I'm hoping I can get a lot of that time spent bindering cards and what not. I asked for enough boxes of pages for Christmas which would allow me to page up pretty much every card I have.
December 12, 2018 at 8:48 PM

Billy Kingsley said…
If you get a bunch of those Fleer Futures cards together, they smell like Vick's Vaporub.
December 13, 2018 at 12:51 AM

Fuji said…
Hope you enjoy your vacation bonding with your binders. My binders and I are counting the days until Christmas break.
December 13, 2018 at 1:01 AM

Ana Lu said…
The horizontal scanning disaster it's a break dance card Yoooooooooooo!
I
need
vacations
..
December 13, 2018 at 9:40 AM

GCA said…
Sounds like my sorting desk. I made the mistake of sorting all my 50+ players into separate stacks to be put away and then had to walk away from it. The desk is completely covered and I keep getting more stuff. Now I've got stacks in unusual places - that will get in the way of putting the others in their places.
December 13, 2018 at 9:52 AM

Old Cards said…
As collectors, I know we do not worry about the value of cards and the costs of collecting, but let me complain just a minute. Binders and the 9 slot plastic sheets are expensive when you need a bunch of them. Then when you purchase cards any older than 1980, the cards are basically worthless making it hard to justify the cost of the binders. I will admit it has been a while since I have bought any cards older than 1975, because it cost enough to keep my older cards in binders. Is it just me?
December 13, 2018 at 8:25 PM